About a year ago we began a project designed to tell migrant stories, focusing on stories that are commonly undertold and underrepresented. We intended to do something beyond the typical chopped-up news report—pitting some personal tragedy against the latest anti-immigrant Twitter screed or border policy air-horned out of Washington. We wanted to skip the experts, skim over the explanations, and simply listen. We decided the best way to do that was to let migrants tell their own stories, in their own words. The oral history format, we believed, would offer more room for migrants to speak for themselves, to tell their stories how they wanted to tell them. That’s how Migrant Voices was born.

No matter what side of the debate you’re on, in discussions of immigration these days—whether decrying draconian polices or decrying migration itself—the increasingly common reaction is outrage. Outrage, however, has the unfortunate side effect of eclipsing both nuance and humanity—and that’s what we are seeking to rectify with this series. We are seeking to tell complex, human stories that are not constrained by the news cycle but transcend news cycles.

We called upon our existing contacts and networks, and we reached out to organizations doing work and representing migrants on the ground, with the goal of gaining the trust of migrants who were not only willing but eager to speak out, wanting more Americans to hear about both their stories of migration and their day-to-day reality of living in the United States. But despite the desire to come forward, all the migrants I spoke to were still hesitant.

We were expecting nerves—especially in this climate, under this administration—but were still moved by how intensely cautious and worried some of the people were, even those with protections against deportation or some form of legal status. In most cases, we were asked to pull back on personal and possibly identifying details. And there have been plenty of people we reached out to who simply decided, in the end—even if they felt compelled to speak out—that it wasn’t worth putting themselves, their liberty, or their families, in danger.

We’ve spoken to nine people so far: from Nigeria, India, the Dominican Republic, Mexico, Nepal, Syria, Ukraine, and China. Upcoming stories will touch on Jamaica and the Garifuna region of Honduras, and then we’ll have more to follow. They range in age from 17 to 61. They are refugees, temporary guest workers, asylees. They are fighting for special immigrant juvenile status, holding Temporary Protected Status, holding an H-4 visa. They are legal permanent residents who are in the country via family reunification, and one is even stateless but with DACA protection. But despite these statuses—though superficial, they can weigh inordinately heavily on their lives—they do not, by themselves, define their lives. Their legal status and immigration stories make up a part of their identities, but so do their families, their jobs, their hobbies, their childhood experiences, their quirks, hopes, preferences, politics, and passions—all the aspects of a person that don’t normally make it into a news story, and which we try to have tried to open room for with Migrant Voices.

Despite the anxiety or even fear, they all expressed gratitude, sometimes even wonder, over residing or toiling in the United States, even if they were living in the shadows. Omar, the HB-2 temporary guest worker from Michoacán, Mexico, who works sometimes as many as 90 hours in the fields of the Hudson Valley and seasonally lives in cramped quarters with two dozen other men, described his complicated relationship with the United States: It gives him a chance to send money home to his family, but, personally, it practically reduces him to a farm tool. I met him last spring, in the trailer he was currently sharing with two dozen other men, while he was cooking a huge pan of summer squash and had a large pot of chicken boiling on the stove next to him. He told me, “I’m one of those people, you know, I’m never happier than when I’m in the fields. It’s the best place for me.” And yet the conditions in those fields were grueling, the living conditions spartan, and the specter of not only being only let go from his job but the inevitable next step—a swift deportation—was always looming. If he even complained, he feared, if he stood up for too long—to give his back a break, for example, when he should be kneeling picking strawberries—he was scared a recrimination might lead to deportation and his family’s going hungry. Consequences for immigrants in the United States today—for minor slip-ups, for merely being—can be severe. With asylum seekers, they can be deadly.

Another poignant moment in the series came from Ananya, an 18-year-old woman studying astrophysics at a university in Chicago who has the shadow of deportation hanging over her head. (As an H4 visa holder, she has no clear path to “legalization” or a work permit). Ananya described feeling “overwhelmed by uncertainty, frustration, and fear,” and, after a moment of thought, said—a phrase we ended up using as the headline of the interview—“I don’t want to stay in a country that doesn’t want me as badly as I want it.” And yet here is her family, friends, school, life, and—just tantalizingly out of reach—her career.

Below are excerpts from a few of our conversations, we hope you’ll read the latest installment here, and check out the full series here. 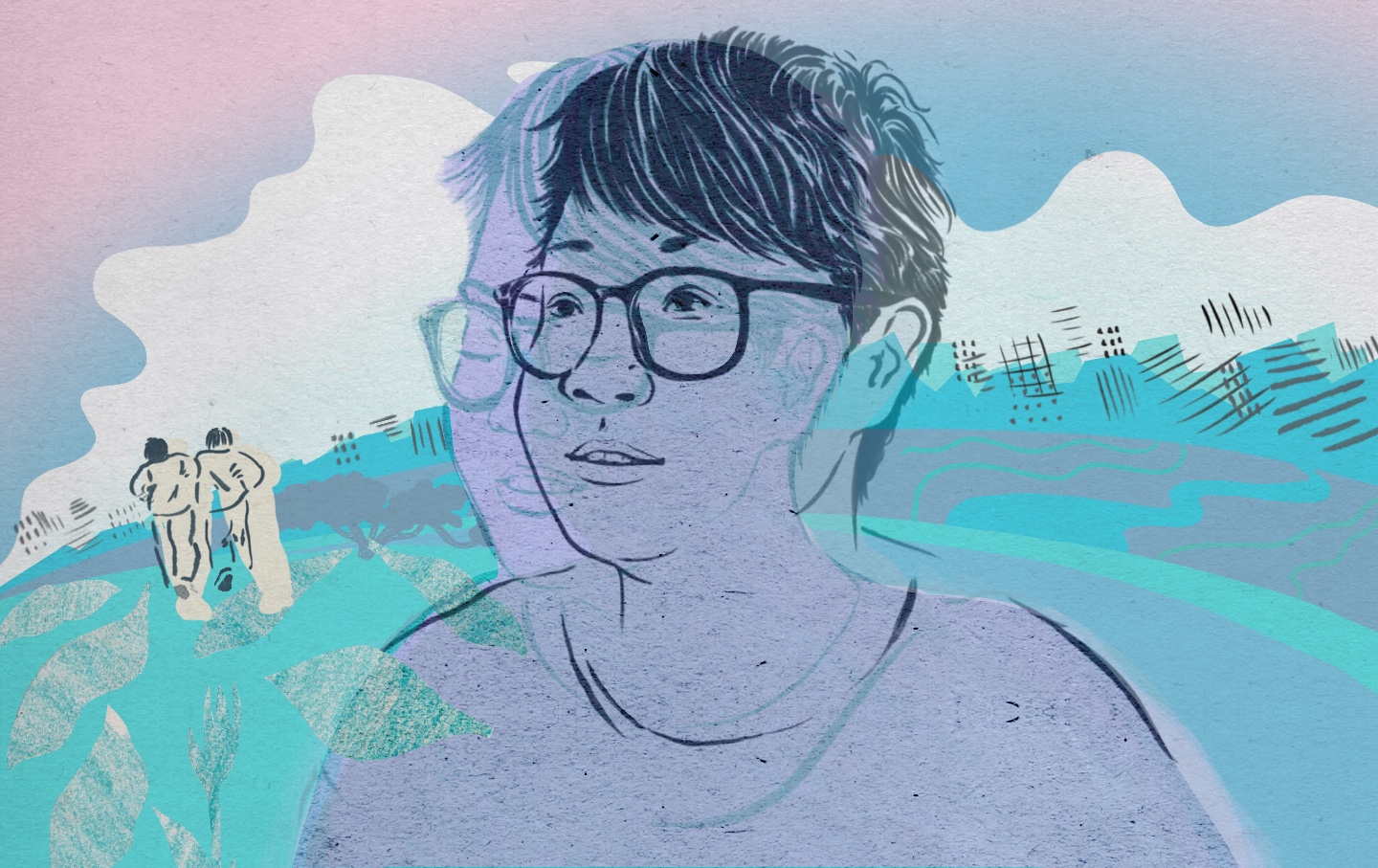 “The move to the US changed my dad a lot. He used to be an architect. And it’s been really hard for him here. He now works in a window factory six days a week, long hours. He started drinking. My mom had to go back to China for a little bit, so now it’s just me and my dad. I have classes, and I work, so I barely see my dad. When I get home, sometimes he’s already asleep.” 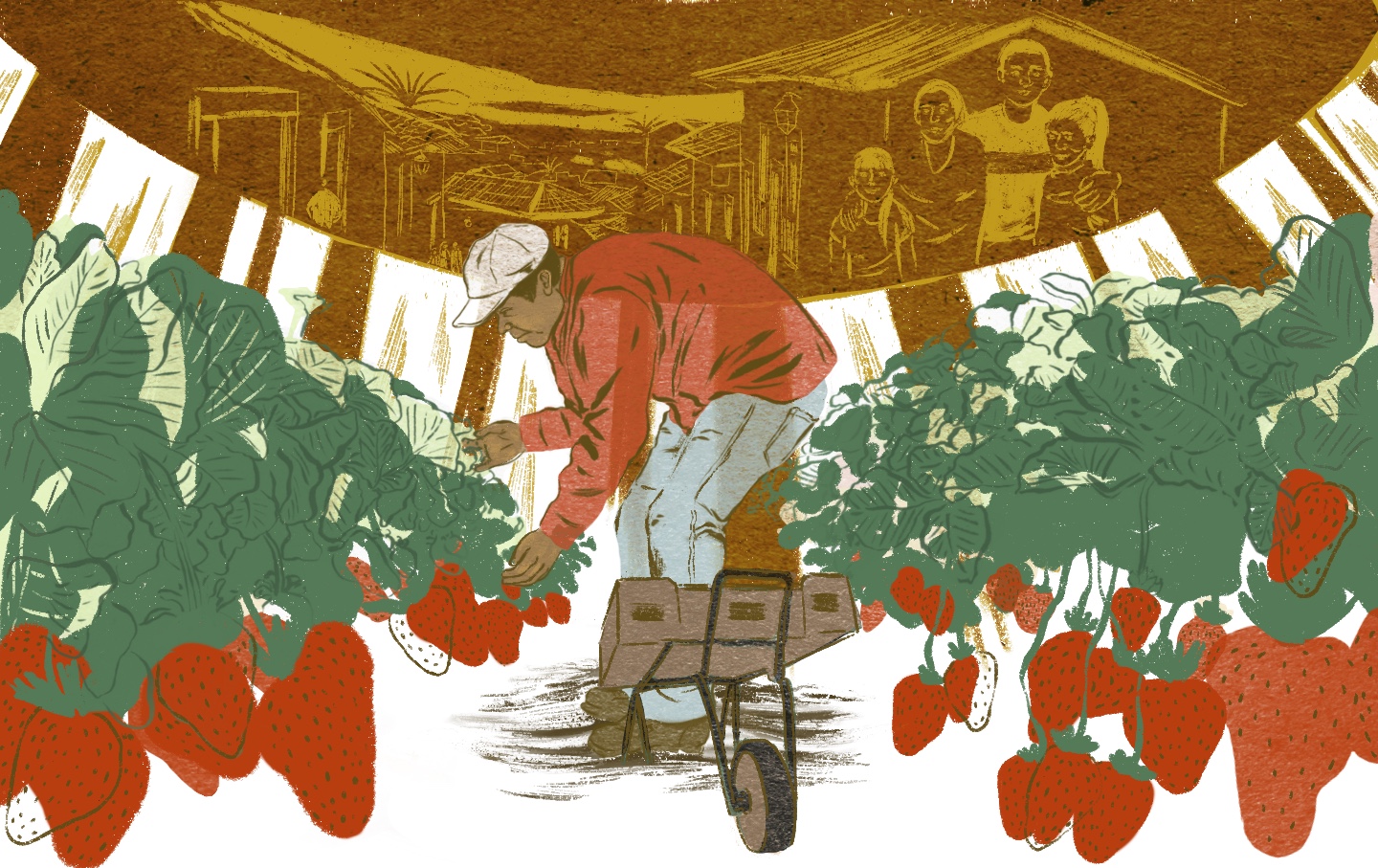 A Life in the Fields

“The first time I came as a guest worker, in 2005, it was really hard. I was thinking, ‘I want to go back.’ But back to what? I had rent, had to pay for electricity, gas. I would have had to find work again. I thought, ‘OK. I’m already here, I gotta keep going. If the other workers can do it, I can do it, because I have two hands like they have. I can use them, just like they can.’” 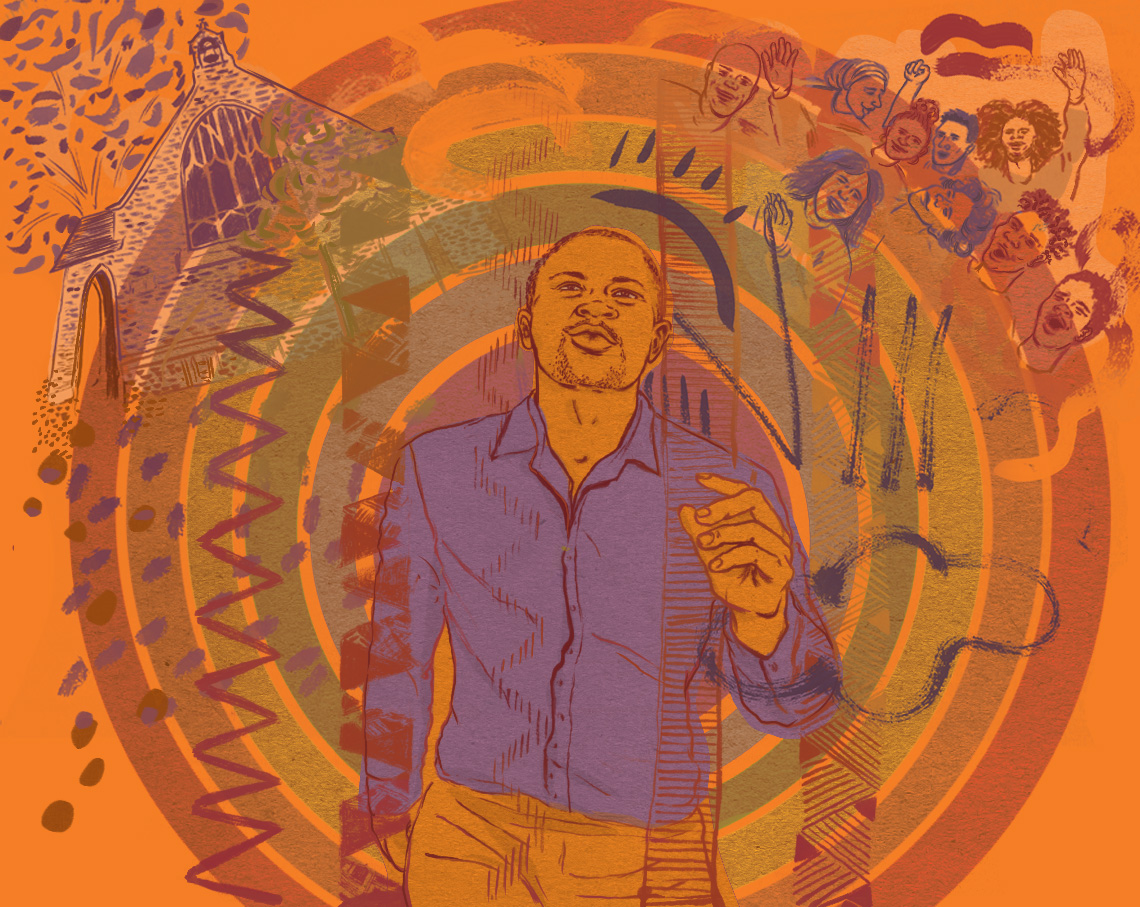 “The last attack was in 2016. They dragged me out of my apartment. They beat me on the street. They had found out that I was gay, and they were going to kill me. I blacked out. You see this scar on my head, this scar on my hand. When I woke up in the clinic, I found these scars, because they were beating me with sticks, and they were clapping and singing that I’m gay.” 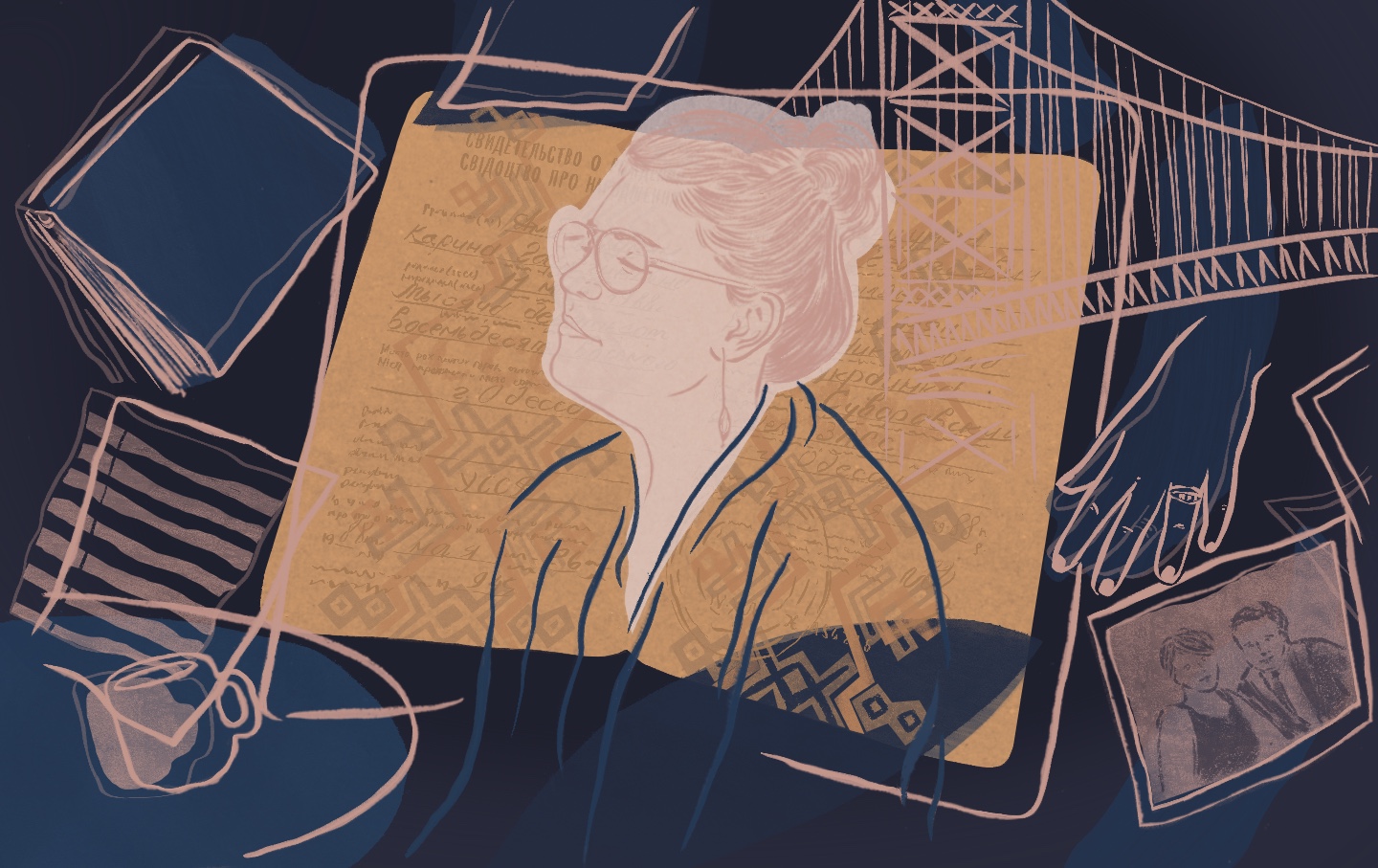 No Place to Call Home

“I feel sometimes that I inherited a problem, like a Greek tragedy. And learning how to live with it and learning how to accept it and being angry about it and being empowered by it—you know, being humbled by it but also being hurt by it. Sometimes I think about how I don’t know what it’s like not to have this problem. I don’t know what it would be like, one day, to be like, ‘Oh, my God, I’m not stateless anymore.’”