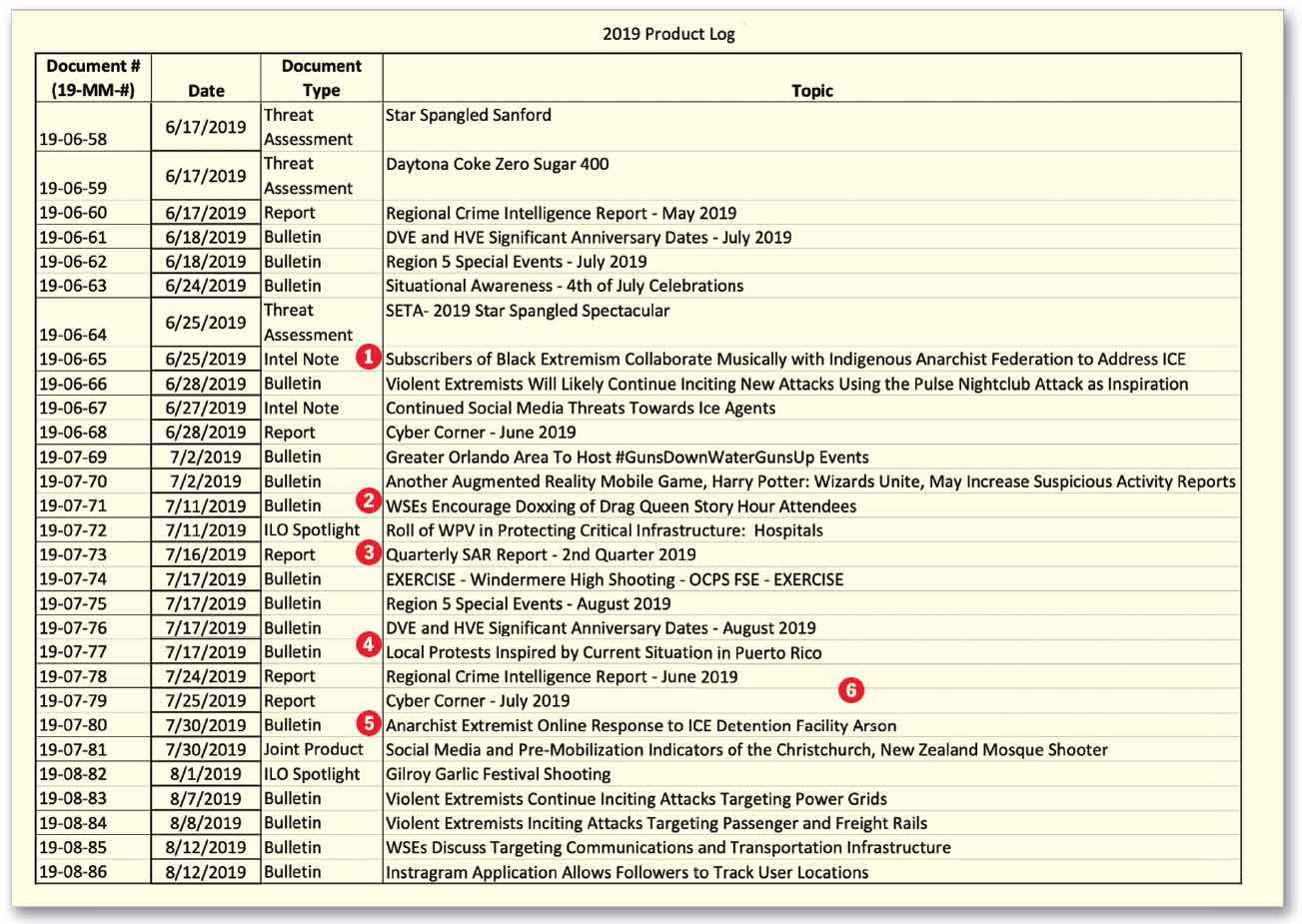 This list of intelligence reports was obtained through a request filed by The Nation under the Florida Sunshine Law, the state’s open records statute. It was produced by the Central Florida Intelligence Exchange, one of 80 such entities—called fusion centers—all over the country. (We’re suing another Florida agency for similar records that were withheld.) Fusion centers were established after 9/11 to facilitate the sharing of counterterrorism intelligence among federal, state, and local law enforcement agencies and private sector partners. But the centers have been criticized for blurring the boundaries of the various jurisdictions. As the ACLU wrote, “The lack of proper legal limits on the new fusion centers not only threatens to undermine fundamental American values, but also threatens to turn them into wasteful and misdirected bureaucracies that, like our federal security agencies before 9/11, won’t succeed in their ultimate mission of stopping terrorism and other crime.”

❶ “Black Extremism” “Black identity extremists” is a controversial designation used by the FBI since 2017 to refer to African Americans deemed a terrorism threat, though the bureau officially discontinued its use in 2019 after public criticism.

❸ “SAR” (suspicious activity report) This is a type of intelligence report used to flag potential criminal or terrorist activity.

❹ “Local Protests Inspired by Current Situation in Puerto Rico” Puerto Rico has been rocked by demonstrations opposing austerity measures imposed on the territory in the wake of Hurricane Maria.

❺ “Anarchist Extremist” Donald Trump vowed to formally designate antifa (short for “antifascist”) as a terrorist group, which would include associated anarchist groups. His FBI director challenged this, characterizing antifa as an ideology rather than an organization.

❻ “ICE Detention Facility Arson” As we reported in 2020, Immigration and Customs Enforcement was so concerned about protests and potential unrest at its facilities, it acquired a secrecy designation exempting it from disclosing employee information.