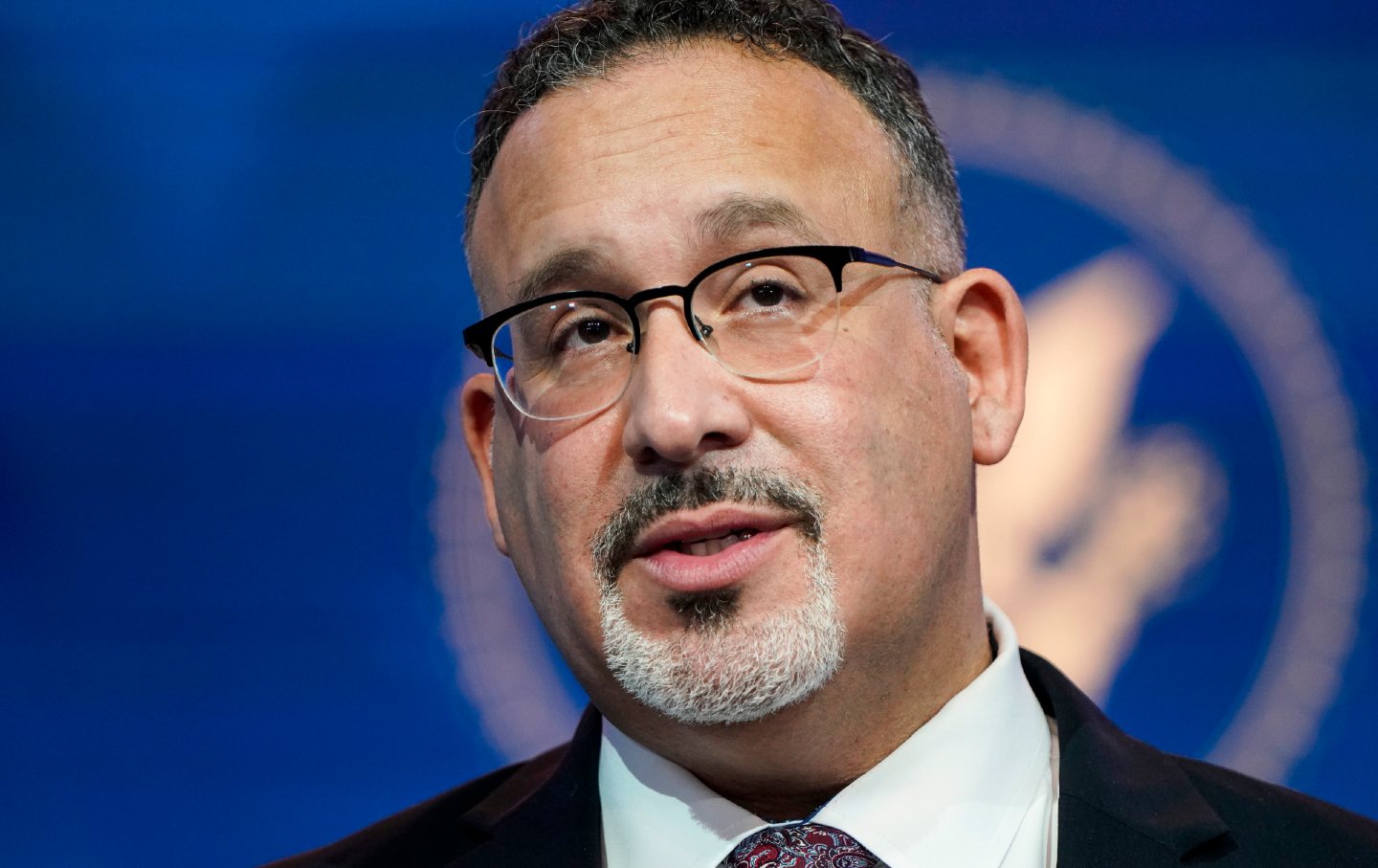 When Joe Biden took office last January, many were expecting a return to “normalcy”—at least a Democratic version of it. After all, Biden was a Senate veteran and an establishment insider. Anyone looking to predict his early policy priorities might reasonably have looked back to the Obama and Clinton administrations. Yet Biden has staked out a forcefully progressive position on a wide range of issues, especially those related to young people. Perhaps most significantly, the administration will start delivering a monthly payment of up to $300 per child to low- and middle-income families—a move that will benefit 88 percent of children and lift millions out of poverty.

So what’s Biden’s plan for education? Despite a promise to invest heavily in it, he doesn’t appear to have one.

In education, we’ve seen the Joe Biden that many skeptical progressives expected. Rather than forge a new path, the administration has dusted off the tired playbook employed by centrist administrations from George H.W. Bush to Barack Obama. Across three decades, the presiding neoliberal consensus was that schools should function as mechanisms for leveling the playing field in an unequal society. Students may arrive with different levels of readiness, but they could all leave at a level of “proficiency”—that is, if schools and teachers were held accountable for their performance. The heart of that strategy was high-stakes standardized testing, advanced via the George W. Bush administration’s No Child Left Behind Act and sustained through the Every Student Succeeds Act under President Obama. And though many had hoped for a reprieve in this second pandemic spring, the Biden administration’s first education-related move was to mandate testing. In education, it seems, the new boss is the same as the old boss.

This framing of the purpose of education—as a remedy for inequality—dates back a half century. Signing the landmark Elementary and Secondary Education Act in 1965, Lyndon Johnson generated a useful fiction to sell the American people on a policy compromise. Unlike many other industrialized countries that elected to build out the welfare state in the second half of the 20th century, the United States had only a middling appetite for redistribution. Johnson steered clear of equalization and instead proposed investments in “opportunity.” Proclaiming that education is the “only valid passport from poverty,” Johnson made clear that no one would get a handout—and no one would have to sacrifice. Instead, schools would be the meritocratic grounds upon which advantage would be earned—where the self-made would pull themselves up by their bootstraps.

Though both parties embraced the idea that the United States could educate its way out of poverty, centrist Democrats embraced it most fervently. In the face of stagnating wages and rising inequality, the answer was always more, or better, education—an approach neatly summed up by Bill Clinton’s mantra that “what you earn depends on what you learn.” Under Barack Obama, such thinking reached its apex. If schools weren’t leveling the playing field, it must be that teachers weren’t working hard enough, that bad schools remained open, or that parents suffered an absence of choice. His administration, in turn, ratcheted-up the assault on unions, accelerated the closure of low-performing schools, and ushered in a new era for charter schools.

Shifting the blame for the growing number of economic “losers” onto those individuals themselves, while demanding virtually nothing of those at the top, was archetypal neoliberal policy. And the result was a political catastrophe for the Democrats, whose message sounded corporate and elitist to many Americans left behind by the new economy.

The Miseducation of White Children

But expecting schools to solve poverty was also a disaster for public education. Schools can’t fix inequality, no matter how hard teachers work. Indeed, the biggest problems faced by our schools are caused by the inequalities that characterize our society. A half-century after education became the official poverty policy of the United States, disappointment in our schools—fueled largely by unrealistic expectations of what they can do—now threatens the entire enterprise of public education.

The new administration seems to have realized that the best way to eradicate poverty is to address it head-on. Yet, even as Biden works to put literal cash in the hands of the poor, his education policy has failed to reflect this historic realignment. Instead, the administration continues to talk about schools, from K-12 to community colleges, in the language of human capital acquisition and workforce development. And it’s not just the rhetoric. Biden’s education policies also reflect an absence of new ideas. His secretary of education, Miguel Cardona, has spent much of his early tenure on the job defending high-stakes tests. And at the heart of Biden’s K-12 agenda is a massive infusion of funds into the original education “fix”—Title I of Lyndon Johnson’s Elementary and Secondary Education Act.

Our schools can’t fix the problems of poverty, and parts of the Biden administration seem to know that. But until education policy breaks free from this framing of the purpose of school, it will remain difficult to recognize what our schools can do. At a time when voting rights are increasingly being restricted, when we continue to debate the value of Black lives, and when we can’t agree on basic facts, public education has an essential role to play. We don’t have public schools in this country so that young people can compete for advantage against each other—or so that the private sector can reduce the costs of training labor. Instead, we tax ourselves to pay for universal K-12 education because public schools are the bulwark of a diverse, democratic society. That’s the message that the Biden administration should be sending. It’s the message we need.