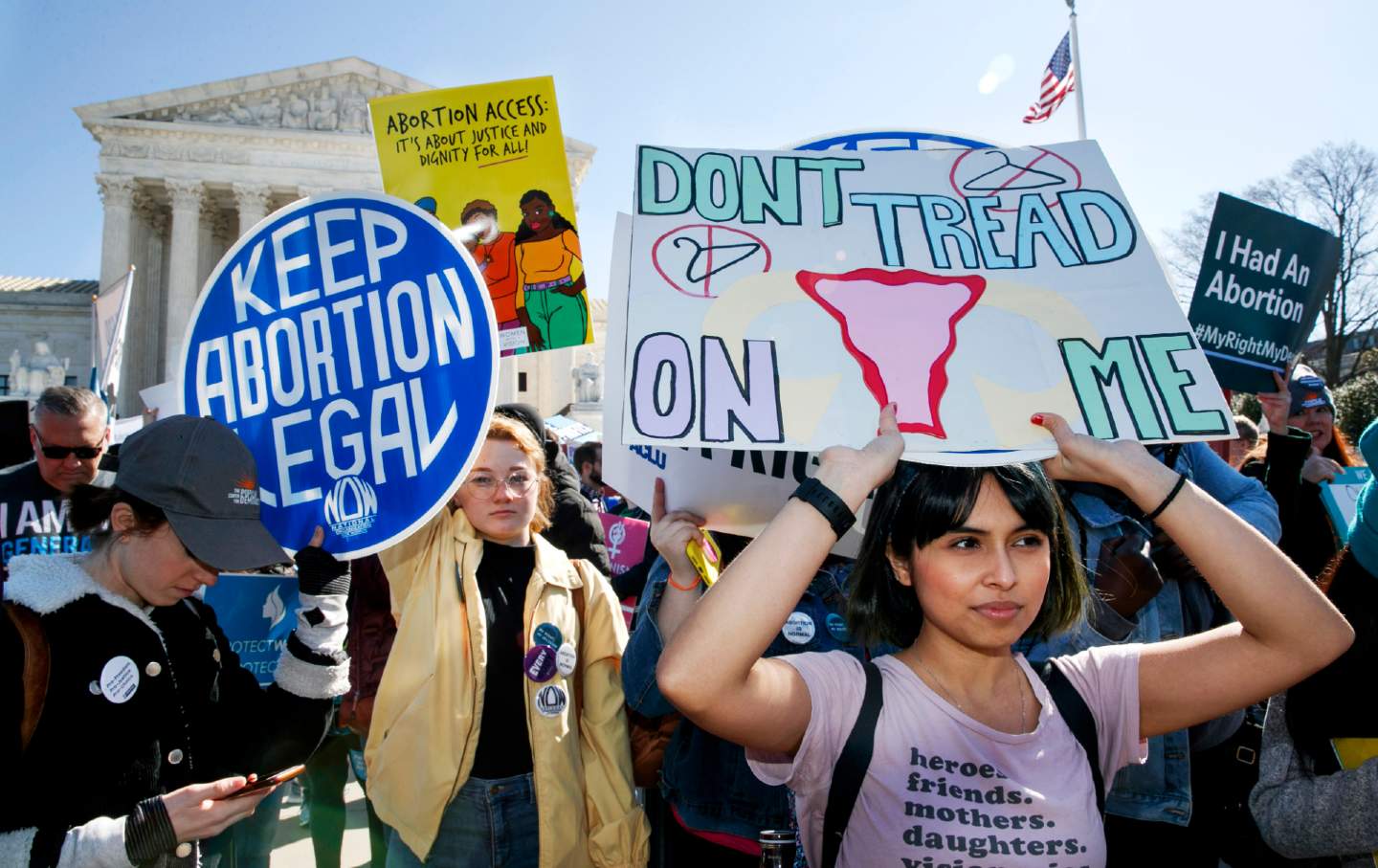 Over the past few weeks, nine states have tried to implement—with varying degrees of success—measures suspending abortions, in response to the Covid-19 pandemic. Several more states are poised to include abortion in bans on nonessential procedures. Advocacy groups representing abortion providers filed suit in several states that have used the outbreak as a pretext to further restrict abortion access. So far, the litigation in Texas has taken the most tumultuous path: Last month a federal district court suspended implementation of a new policy banning all abortion care. The Court of Appeals for the Fifth Circuit then overturned that decision, allowing the state’s ban to take effect based on a “critical interest in protecting the public health.”

In a stunning rebuke to the appellate court, the district judge reissued a narrowed restraining order, permitting medication abortion and abortion for those who might exceed 22 weeks of gestation, when terminations become illegal in Texas. One day later, a divided panel of the Fifth Circuit again blocked the district court’s order, only to lift that stay this week. But the battle is far from over. Texas could ask the Supreme Court for relief, and the full bench of the Fifth Circuit could hear another petition. At the moment, people can seek medication abortion in Texas, but for how long is uncertain.

The legal disputes over these “emergency” abortion bans concern what’s best for public health. But responding to Covid-19 by suspending abortions is counterproductive. For one thing, the bans will not actually preserve health care resources.

Almost all abortions happen in clinics providing only reproductive health care. For pregnancies before 15 weeks, minimal protective equipment is used. These outpatient procedures, called aspiration abortions, require no sterile field, incision, or general anesthesia, and a medication abortion is delivered by ingesting two pills: typically, the first in a health center and the second at home. It requires no protective equipment whatsoever and takes up no hospital space. For both types of abortion, the risks to the pregnant person’s health are very low, and complications are extremely rare. 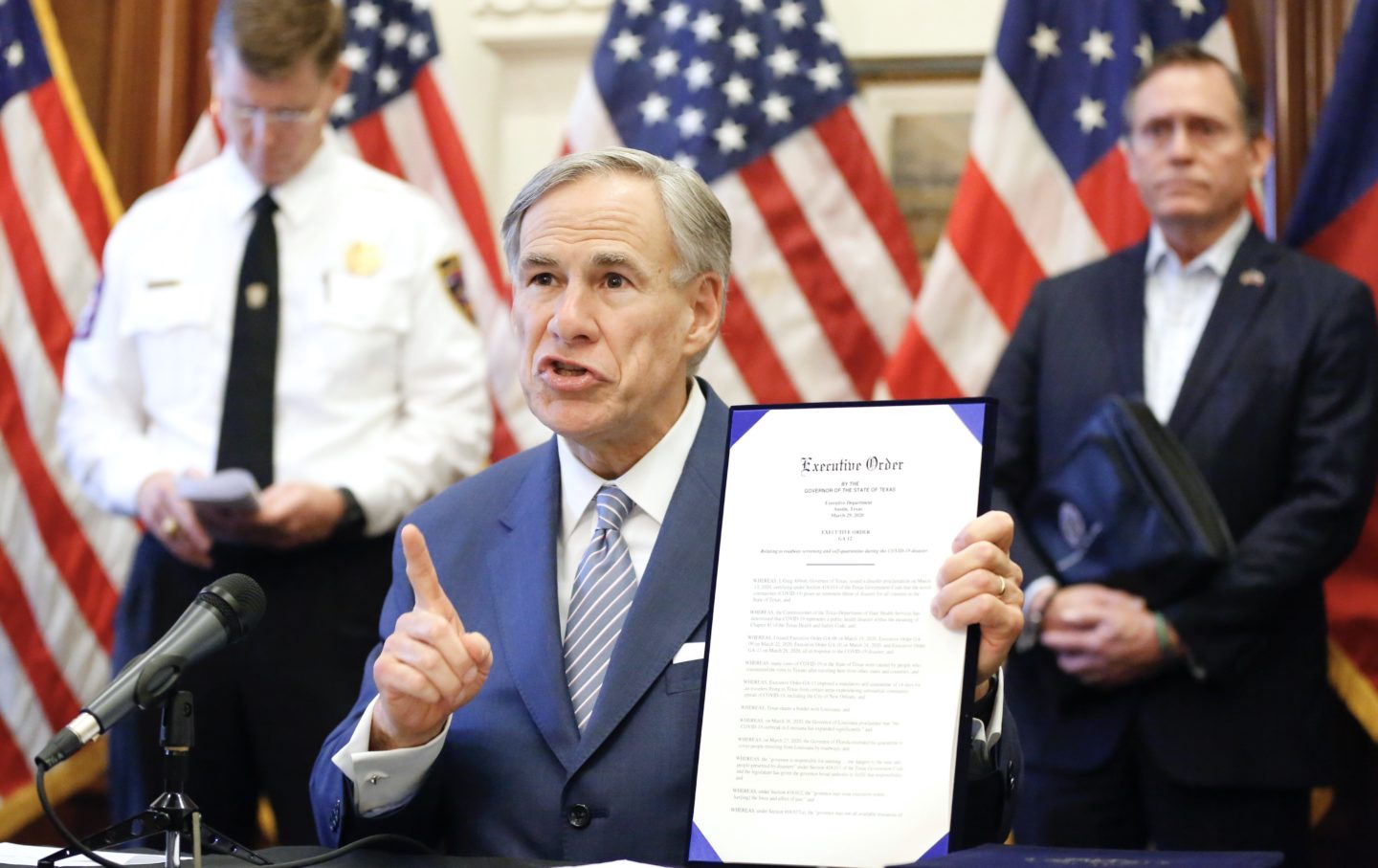 In fact, in the months to come, outlawing abortions will likely exacerbate the strain on the health care system. People who lack access to abortions and can afford to will travel to neighboring states, potentially contributing to the pandemic’s spread. States without bans will see some portion of the more than 53,000 Texas women who terminate pregnancies annually. Overextended providers will be stretched even thinner, causing further delays and increasing costs to travelers who would otherwise stay at home. Or individuals will induce their own abortions. Though self-managed abortion can be safe, physicians and hospitals will be needed if complications arise. Finally, a surge in unplanned pregnancies will create even more stress on health care professionals.

An effective means to protect public health and conserve resources would be to administer medication abortions using telehealth. Recognizing the advantages of telemedicine, states like Texas have relaxed restrictions on remote diagnosis and treatment—except for abortion. In addition, people seeking medication abortions already faced numerous restrictions, none of which are applied to similar office-based procedures. Texas, for example, unnecessarily imposes patient-clinic contact not only by banning telemedicine abortions but also by requiring that a physician dispense and be present during a medication abortion. It also mandates an in-person ultrasound and follow-up appointment; remote consultations before a procedure are permitted only if the patient lives over 100 miles from the nearest abortion provider.

Abortion bans are not responsible health care policy. The people they hurt the most are those for whom the pandemic has had a devastating effect: people with little or no income, people of color, immigrants, parents juggling child or elder care, people living in rural areas, and those reliant on public transportation. Layer on top of those stressors these unappealing options: seek an illegal abortion, travel to another state, or carry an unwanted pregnancy to term.

The current and worsening crisis in abortion access foreshadows what will happen if the Supreme Court eliminates the constitutional protection for abortion rights. The court could make this decision either as an emergency order or in a decision expected early this summer. That case, June Medical Services v. Russo, will determine if restrictions that provide no benefit for individual or public health and that significantly impair access to abortion services will stand. Regardless of the judiciary’s response to the retrograde actions of certain state governments, thoughtful policy-makers can still eliminate barriers to safe abortion services. Virginia Governor Ralph Northam recently removed prior restrictions on people seeking abortions, and Washington, New York, and Illinois have designated abortion procedures as essential. Planned Parenthood has announced that it will expand telehealth to all 50 states, allowing eligible patients to remotely access services like counseling and prescriptions. Better yet, the Food and Drug Administration could end or stop enforcing an outdated policy—one undermined by substantial evidence—that prohibits the delivery of physician-prescribed medication abortion to patients’ homes.

If we take the states suspending abortion care at their word, then no-touch terminations (in which all medical supervision happens over the phone or online) would achieve the public health goals that their current bans cannot. Telehealth for medication abortions can ease the burdens on pregnant people, health care workers, and health systems in light of the unprecedented challenges of containing Covid-19. Unfortunately, the current map of abortion suspensions could foreshadow a legal landscape without constitutional protections for abortion. Courts can step in to defend those rights in the face of arbitrary state action, but in the long run, that isn’t enough. With or without a pandemic, we need laws that protect reproductive health rather than hinder it at every chance that arises.