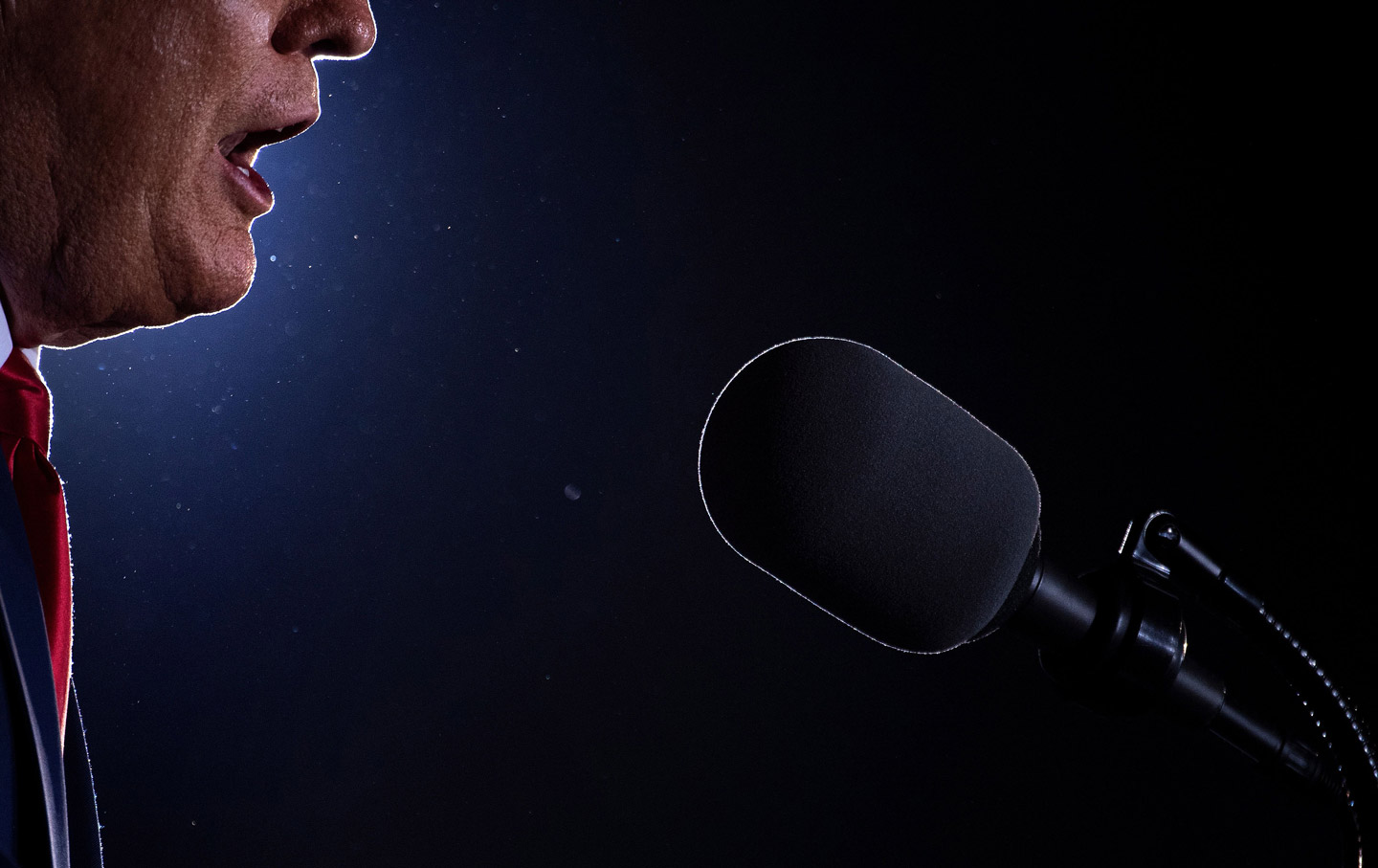 Donald Trump is staking his hopes for overturning the results of the 202o presidential election in Wisconsin on a crudely transparent strategy that seeks to disenfranchise minority voters and students. But it won’t work. Trump is going to be embarrassed in dramatic fashion when the results of the recount he has demanded confirm a humiliating defeat for the soon-to-be-former president.

Trump’s recount gambit deliberately, and dishonestly, refuses to recognize Wisconsin for what it is: a state closely divided between Democrats and Republicans. It’s a political battleground where presidential elections are often decided by less than 1 percent of the vote, and where election officials know how to produce accurate vote counts.

Biden’s lead is not particularly small by Wisconsin standards. In 2020, according to the canvass of November 3 ballots cast in the state, Biden has beaten Trump by 20,608 votes—a 0.63 percent margin of victory.

The Democrat’s winning margin is well above the 0.25 percent threshold that Wisconsin set several years ago—at the behest of the governor then, Republican Scott Walker, and his legislative allies—to identify the range in which a recount might have an outside chance of succeeding. The state doesn’t cover the cost for a review of results outside that range. So Trump and his lawyers have now demanded and paid for a recount, which began Friday morning. They’re peddling the delusional claim that enough “irregularities” will be identified to flip the state into his column. It’s part of a multistate initiative by the defeated president and his slow-witted enablers to foster the fantasy that—despite his having lost the popular balloting by a margin that will easily exceed 6 million votes and having lost five states that he carried in 2016—he is somehow being robbed of a second term.

From the start of the 2020 campaign, Trump staked his reelection bid on a trio of states—Wisconsin, Michigan, and Pennsylvania—that he narrowly won in 2016, as well as states such as Minnesota, Georgia, and Arizona, where he looked vulnerable this year. He lost them all, in a humiliating result that he refuses to accept. Instead of conceding Biden’s victory, the president keeps griping about “fraud,” and now he’s trying to find evidence of it in Wisconsin with a much-hyped recount.

The problem for Trump is that, because Wisconsin has had so many close elections for national and statewide posts, its county clerks are very good at counting votes. When the recount is done, it’s not going to reveal massive mistakes, let alone the sort of fraudulent activity the president wants people to imagine occurred. And it’s certainly not going to direct the state’s 10 electoral votes into his column. Everyone, Democrats and Republicans, liberals and conservatives, recognizes what’s going on. Noting that Republican lawyers have failed to produce credible evidence of wrongdoing or ineptitude, Wisconsin Elections Commission member Mark Thomsen says of Trump, “Instead of manning up and saying ‘I lost,’ now he’s saying all the clerks are illegal.”

The Trump campaign effectively acknowledged the absurdity of its claim by filing for recounts in only two of the state’s 72 counties. That saved the cash-strapped president and his team some money—a statewide recount would have cost $7.9 million, while a narrower one will only cost around $3 million—but it also exposed the ugly truth of the president’s strategy. The two large counties that will conduct recounts—Milwaukee, the state’s major urban center, and Dane, the home of the state capitol and the University of Wisconsin–Madison campus—were chosen to amplify the lie that large pro-Biden votes from historically Democratic counties were somehow fraudulent.

The petition seeking the recount claims that “mistakes and fraud were committed throughout the state of Wisconsin, including particularly in the City of Madison, the City of Milwaukee and throughout Dane County and Milwaukee County in the counting and return of votes cast in the election for President of the United States.”

If “mistakes and fraud” were a problem throughout the state, why force a recount only in Dane and Milwaukee counties? The answer to that question is all too obvious.

Newly elected Wisconsin Democratic state Representative Francesca Hong of Madison noted the focus of the recount and pointed out:

This is coincidentally where 74 percent of the Black population in Wisconsin lives. This is the most blatant and racist form of voter suppression. For the Wisconsin GOP to continue congratulating and thanking 45 [Trump] is sickening. There will be no evidence of voter fraud, only voter suppression.

Hong is not alone in this view. Milwaukee Mayor Tom Barrett describes the recount as a “futile attempt to destroy democracy” and says, “Everybody knows this is an attack on cities, on minorities, on places that historically have voted Democratic. Don’t let anybody fool you that this is about irregularities. This is flat-out an attack on democracy in cities and places where people of color live.”

Imagining that a recount will overturn a 20,608-vote margin in Wisconsin is a fool’s mission. Wisconsin election official are professional, orderly, and committed to holding free and fair elections. Trump recognized that reality in 2016 when, after the Green Party forced a statewide recount of presidential votes, Trump celebrated a favorable result—his winning margin improved by a net 131 votes—from a review conducted by many of the same officials he and his aides now criticize. 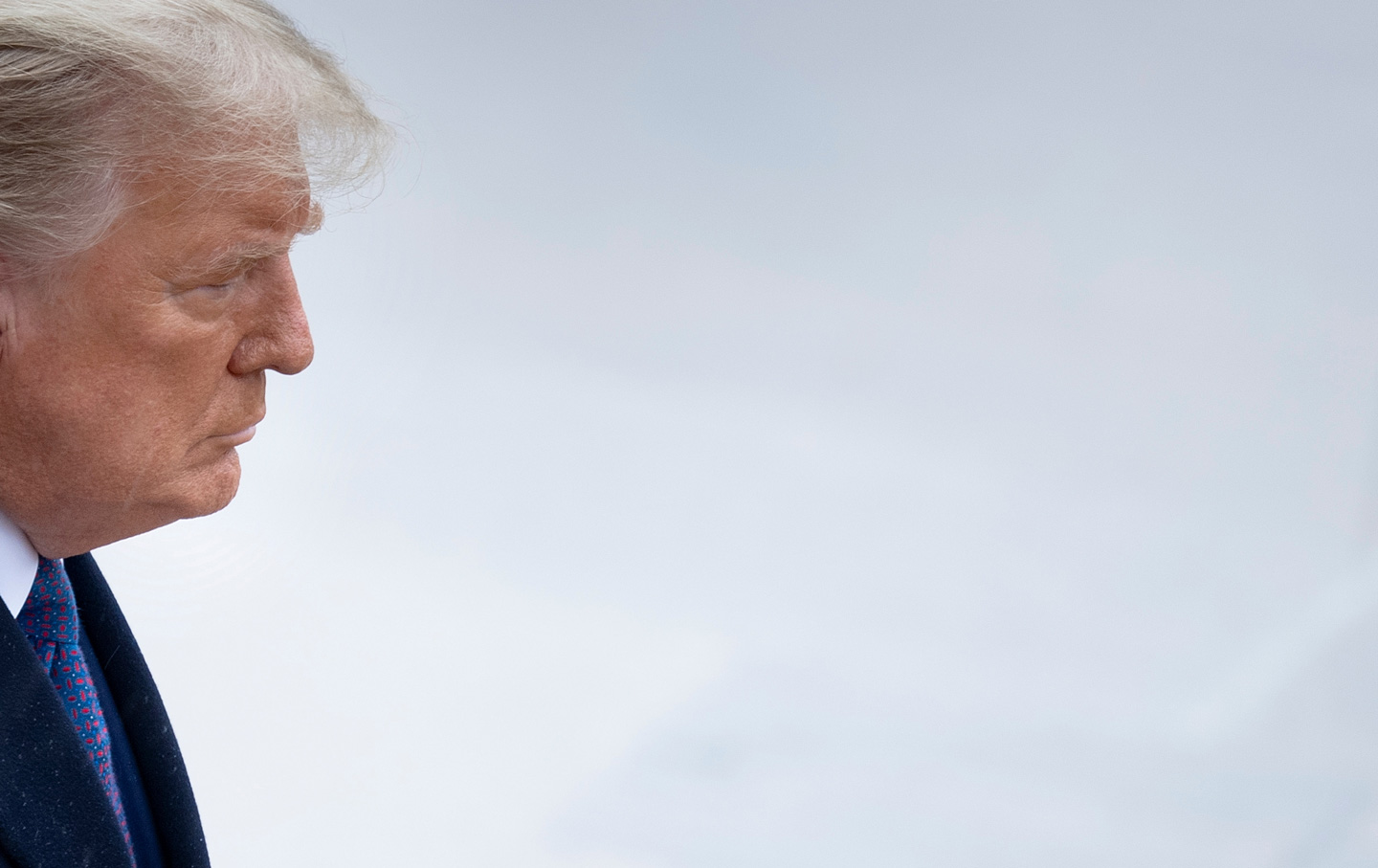 Donald Trump Has Suffered a Defeat of Historic Proportions

Two years later, in 2018, after Governor Walker lost his reelection bid by 29,227 votes out of almost 2.7 million cast—one of the closest results in the modern history of the state—the Republican firebrand declined to seek a recount and conceded that he had been beaten by Democrat Tony Evers. In an even closer race for state attorney general that year, Republican incumbent Brad Schimel chose not to seek a recount and conceded to Democrat Josh Kaul. Kaul won by 17,190 votes, for a 0.6 percent margin of victory—the same as Biden’s margin this year.

While Republicans in the past accepted the legitimacy of Wisconsin elections and vote counts, Representative Mark Pocan of Wisconsin says Trump and his lawyers are now “pumping out misinformation to undermine democracy.”

That’s the whole point of the recount. But the president has miscalculated. This recount won’t reveal fraud. What it will reveal, when all the ballots from Milwaukee and Dane counties have been reviewed—again—is that Donald Trump has well and truly lost the swing state of Wisconsin and the 2020 presidential election.