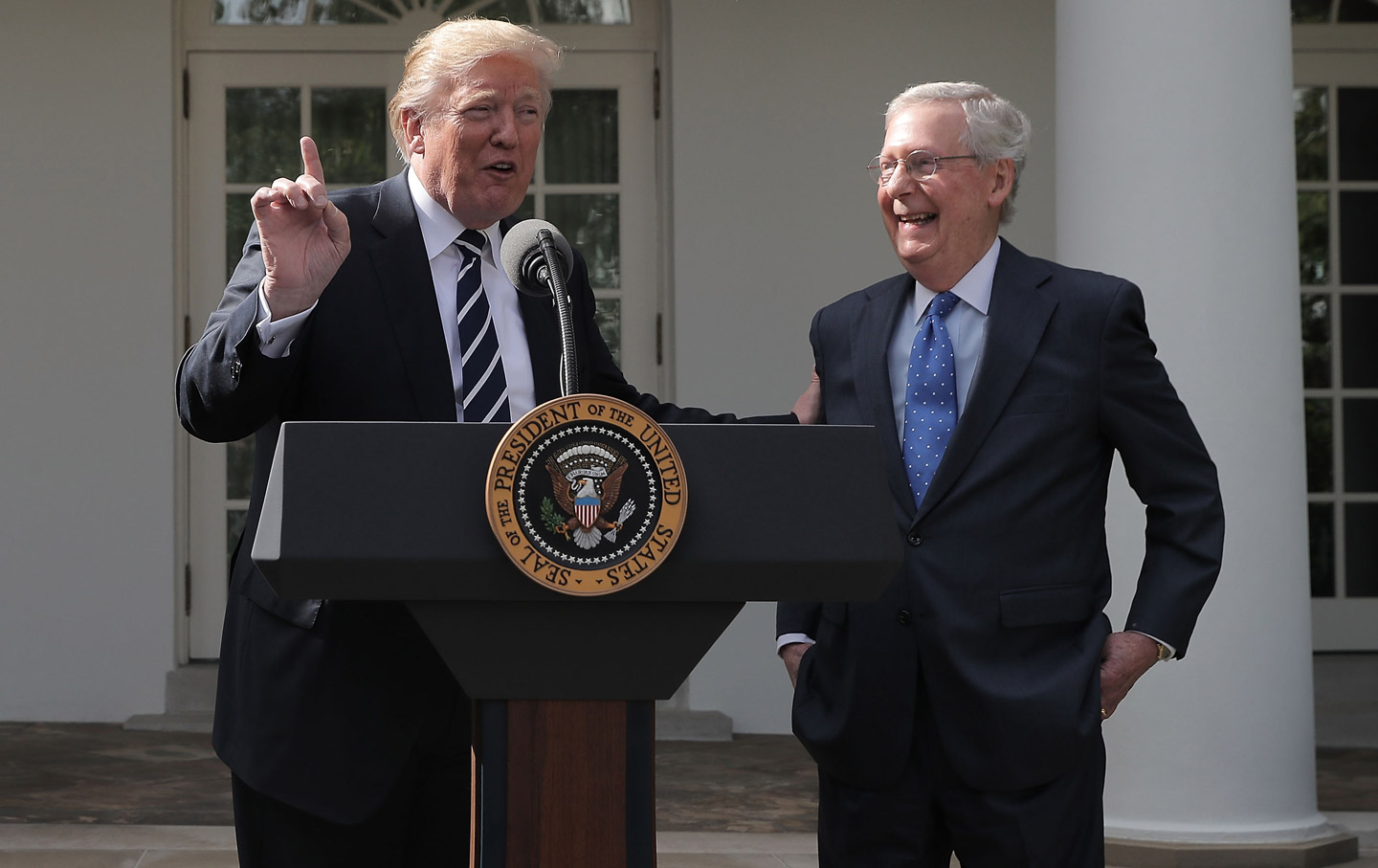 There has already been much talk about Judge Amy Coney Barrett’s qualifications and controversies—and there will be much more. But the real Supreme Court story is not about Donald Trump’s latest nominee. The real story is a nomination process that, if it progresses as anticipated, will rob an already discredited court of whatever constitutional legitimacy it retains.

It does not matter whom Trump has nominated. If any nominee is confirmed in the last weeks of an election campaign in which the American people could well give a mandate to a new president and flip control of the Senate—or in the weeks after an election that produces such a result—the court’s credibility will be shredded.

This stark prospect should frame every discussion about what Senate Judiciary Committee member Richard Blumenthal aptly describes as “this illegitimate sham process.” The effort to circumvent the will of the people is the essential issue for a country where the government—including the judiciary—is supposed to derive its just powers from “the consent of the governed.”

The people never granted this president, or this Senate, the power to turn the nation’s high court into the platform for right-wing judicial activism that Trump and McConnell seek to make it.

Donald Trump lost the 2016 election by 2.9 million votes. He secured just 46.1 percent of the vote, versus 48.2 percent for Democrat Hillary Clinton. In each of the three states that tipped the Electoral College to the Republican nominee, the majority of voters cast their ballots for someone other than Trump—in Wisconsin, 54 percent of the electorate rejected him; in Michigan, 53 percent rejected him; in Pennsylvania, 53 percent rejected him. He assumed the presidency with no mandate.

Yet, four years after that mandate was refused, that president is making his third nomination to the United States Supreme Court. If Barrett is confirmed, the high court will be transformed. An iconic liberal, Justice Ruth Bader Ginsburg, will be replaced by a conservative extremist, Barrett, and the indelicate balance that existed will give way to right-wing rigidity. “This is a transformative appointment,” explains Neal Katyal, a former acting solicitor general of the United States, who notes that Trump’s two previous picks, Justices Neil Gorsuch and Brett Kavanaugh, were conservatives replacing a conservative and a moderate conservative. “This is really moving from one side of the spectrum to the other.”

Barrett, who has served just three years on the US Court of Appeals for the Seventh Circuit, is set to be ushered through the confirmation process by Mitch McConnell, the Kentucky Republican who leads a “majority caucus” that represents a minority of Americans. Of the 100 senators, 53 Republicans represent states that are home to 153.5 million Americans, while 47 Democrats (and independents who caucus with them) represent 168.5 million Americans. In the most recent round of Senate elections, in 2018, 52,260,651 voters cast their ballots for Democrats while just 34,723,013 voted Republican. In 2016, when most Americans rejected Trump, 51,496,682 voters cast their ballots for Democrats while just 40,402,790 voted Republican. Indeed, of the election cycles since 2000, Democrats have won the most votes for the Senate in seven. Republicans won the most votes in just three.

But now, on the eve of an election in which the president trails in the polls and control of the Senate could shift, Trump and McConnell are racing to pack the court.

This is an illegitimate process that, as American Constitution Society President Russ Feingold warns, “threatens the constitutional legitimacy of the court.”

“The nomination follows close upon Republicans’ theft of a Supreme Court seat from President Obama in 2016 and the disgraceful fiasco that resulted in Brett Kavanaugh joining the Court after proclaiming himself to be a bitter and vindictive partisan,” explains the former chair of the Constitution Subcommittee of the Senate Judiciary Committee. “As a result, if this nominee is confirmed under these circumstances many Americans will ask whether the Court itself is any longer accountable to the Constitution rather than an ideological faction.”

The Constitutional Convention of 1787 established a system of checks and balances that separated power between three branches of government. Two of those branches—the executive and legislative—were expected to be at least somewhat accountable to the people. Over time, with the extension of the franchise to include women and people of color, and with the direct election of senators, that accountability has increased. Not sufficiently, mind you. We still have an Electoral College, gerrymandering, and all the other pathologies that undermine and diminish democratic governance. But presidents and senators can usually claim some connection between popular sentiment and the authority they exercise.

Not so the Supreme Court. The legitimacy of the judicial branch has always derived from its relationship to the other two branches. An elected president nominates judges; while, in the modern era, an elected Senate provides advice and consent. 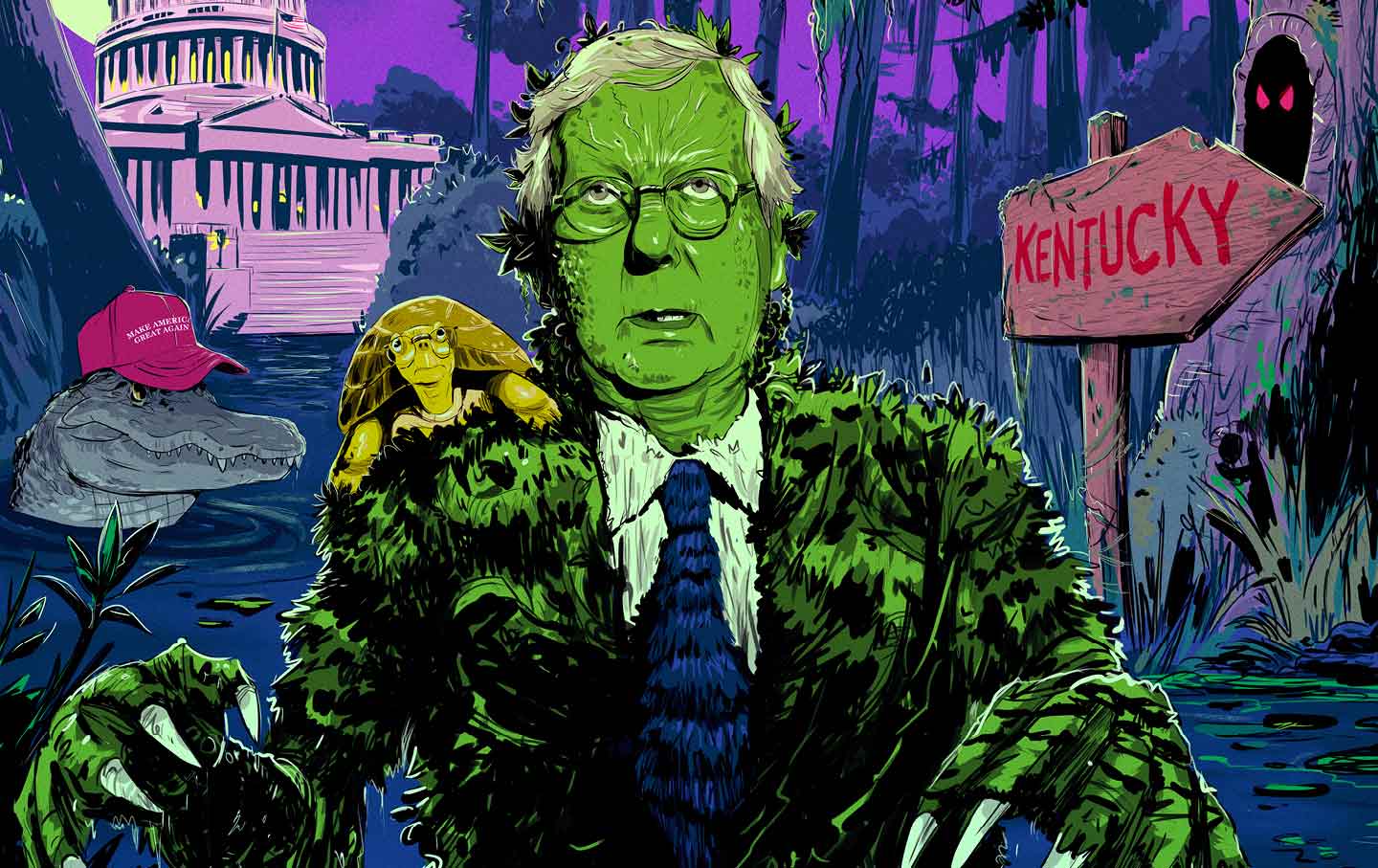 A naked power grab that radically alters the court’s ideological balance on the eve of an election in which voters might signal that they do not want that balance to shift takes the people out of the equation. Power is not derived from the consent of the governed. Power is turned against the governed.

“For the sake of the Court, the Senate must not take up a nomination to fill the vacancy left by Justice Ginsburg’s passing until after the inauguration of the next president, who would then put forth a nominee,” says Feingold, who argues that if “the President and the Senate majority ram through this illegitimate nomination and the Court so constituted proceeds to inject itself in a partisan manner into possible controversies surrounding the election [as President Trump seems eager to see], the time for warning of risks and threats to the Court’s legitimacy will have passed. The damage will be done, it will be irreparable, and we will all be the worse for it.”

Feingold is not overstating the case. If a court that has been hastily rebalanced in the president’s favor is called upon to decide 2020 election issues, it will have no credibility as an arbiter of those issues. At that point, the court’s constitutional illegitimacy will become the nation’s constitutional crisis.