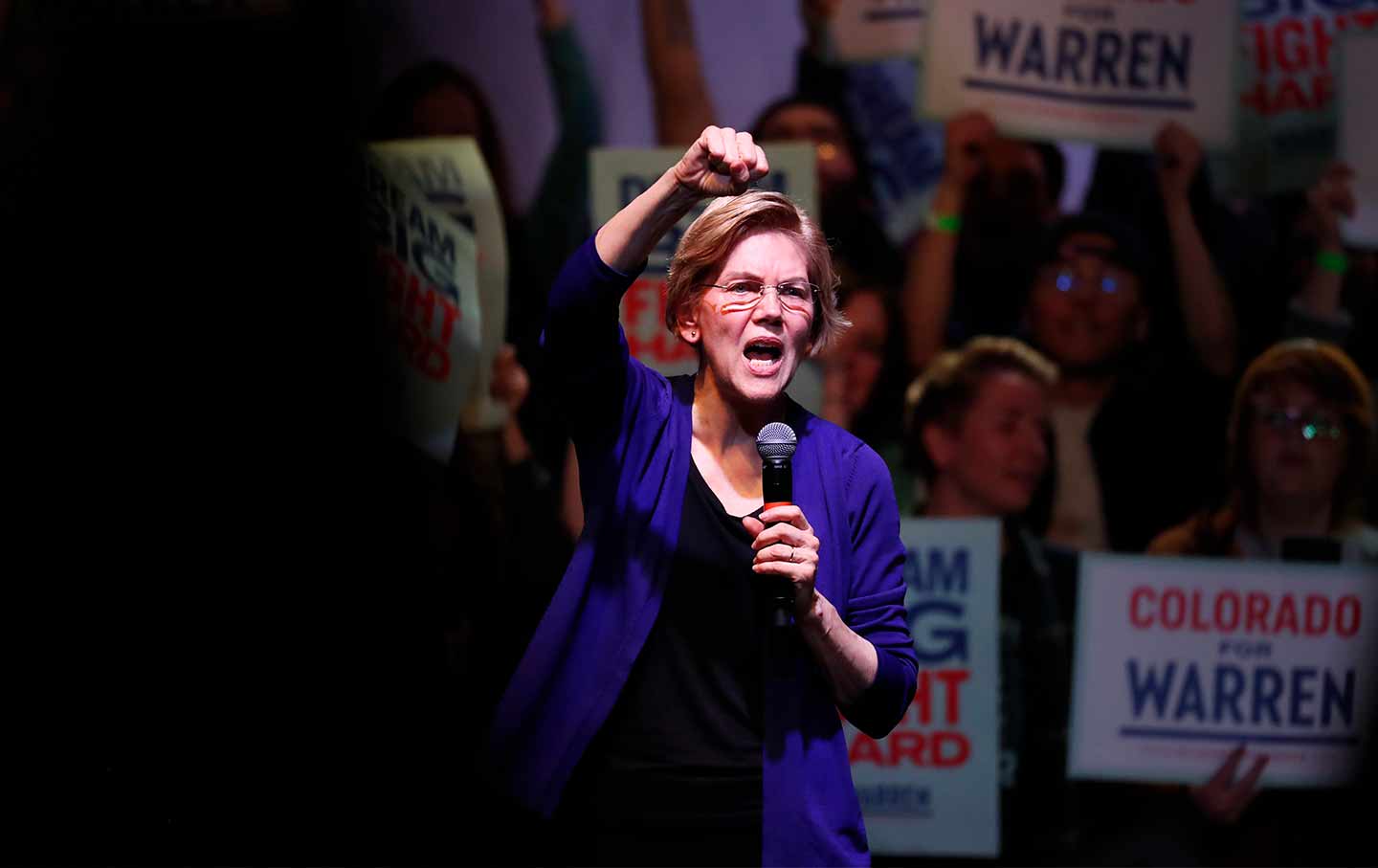 Elizabeth Warren won the ideas primary, and on Thursday she claimed that victory.

“A year ago, people weren’t talking about a two-cent wealth tax, universal childcare, canceling student loan debt for 43 million Americans while reducing the racial wealth gap, breaking up big tech, or expanding Social Security. And now they are,” she told her supporters. “And because we did the work of building broad support for all of those ideas across this country, these changes could actually be implemented by the next president.”

But Warren won’t be the next president; winning the ideas primary did not translate into winning the Democratic presidential primaries and caucuses that will identify the party’s 2020 nominee. It is a measure of the vital role Warren played in the race that her exit has opened up an intense discussion about what the senator from Massachusetts will do next. Vice president. Senate majority leader. Another presidential run—which Warren said she would not rule out, in answer to a question posed Thursday by MSNBC’s Rachel Maddow.

In the short term, this frenzy of forecasting focuses on how Warren will engage with the work of choosing and then electing Donald Trump’s challenger. I’ll leave the speculation about whom she might endorse to others. And I’ll respect that, ultimately, she will make the best decision.

What I am worried about are the decisions that must be made by the Democrats who remain in the race, former vice president Joe Biden and Vermont Senator Bernie Sanders, and by the party leaders and strategists who will shape the fall campaign.

To my view, the smartest move for them would be to ask Warren to chair the party’s platform committee. No one could be more adept at consulting with people who know the issues—from personal experience and from rigorous research. No one could do a better job of drafting the document.

There are plenty of folks who will argue that Warren should lead the issues charge as the vice presidential nominee. I’ve always liked that idea, and I know that Warren could reconcile easily enough with Sanders or Biden. Indeed, if Biden emerges as the nominee, adding Warren to the ticket could ease at least some concerns about his dismal record on many of the fights over the regulation of Wall Street and the big banks where he’s been wrong and she’s been right.

But that’s not what I am arguing for. Not today.

I am arguing that Democrats ought to do something in 2020 that they have often failed to do in the past. They should recognize that the ideas of the future and the governing plan for going forward have been outlined by a candidate who is no longer in the running. And they should admit that they cannot afford to let the ideas exit with the former contender.

This is not to dismiss the quality of the plans the Sanders campaign has put forward, which are substantial and impressive. Nor is this to suggest that the slurry of sloganeering that Biden has proposed is in any way comparable to the detailed agendas of his more credible and progressive rivals.

This is to say that in a campaign where she made a few mistakes and got a lot of bad breaks, Warren always wore two hats. Yes, she was the candidate. But she was also the organizer, the framer, and the champion of an agenda that gave meaning to the promise of big, bold structural change. Warren was radical where she needed to be radical, as she was with the opening salvo of her 2020 campaign, a detailed plan to break up big tech. Go back and read what she proposed more than a year ago when she reminded us that

A century ago, in the Gilded Age, waves of mergers led to the creation of some of the biggest companies in American history—from Standard Oil and JPMorgan to the railroads and AT&T. In response to the rise of these “trusts,” Republican and Democratic reformers pushed for antitrust laws to break up these conglomerations of power to ensure competition.

But where the value of the company came from its network, reformers recognized that ownership of a network and participating on the network caused a conflict of interest. Instead of nationalizing these industries—as other countries did—Americans in the Progressive Era decided to ensure that these networks would not abuse their power by charging higher prices, offering worse quality, reducing innovation, and favoring some over others. We required a structural separation between the network and other businesses, and also demanded that the network offer fair and non-discriminatory service.

“In this tradition, my administration would restore competition to the tech sector,” Warren promised. It will not be her administration. But, as anti-monopolist and Bernie Sanders endorser Zephyr Teachout explained on Thursday, “One amazing way we could honor the power and importance of Senator Elizabeth Warren’s campaign for President is to break up Facebook, Amazon, and Google.”

Yes. And one amazing way to move the Democratic Party and the country in that direction is to ask Warren to lead a supercharged and amplified platform process.

Putting Warren at the helm, and giving her the resources and the authority to take these ideas out of the convention—where the party’s 2020 platform will be adopted—and on to the fall campaign trail, is not a consolation prize. It is an acknowledgment that the party needs Warren’s substantial ideas and policy proposals. It is, as well, a recognition that her approach to agenda setting is necessary for a party that must work more closely with activists and movements.

Warren went to the heart of the matter, on issue after issue. This is a reason she attracted the support of so many serious advocates for economic, social, and racial justice. As Suzanna Danuta Walters, the director of the Women’s, Gender, and Sexuality Studies Program at Northeastern University, so wisely observed last month in the pages of The Nation, “Elizabeth Warren Is Running an Unapologetically Intersectional Campaign.”

Now that campaign is done. Now it’s time to invite Warren to bring to the process of defining the party’s positions the genius that Walters recognized when she wrote:

On New Year’s Eve, Warren gave a speech commemorating the anniversary of her campaign for the presidency. Speaking to a packed crowd at the historic Old South Meeting House in Boston, calling for the importance of imagination in dark times, Warren invoked Phillis Wheatley, an enslaved black woman who, in the 1770s, in a world in which her very being was called into question, became the first black woman to publish a book of poetry in the United States. This rhetorical move was no glib campaign trick. It’s reflected in Warren’s other speeches and manifest in her plans on everything from climate change to disability rights. It’s not just that she persistently name-checks the marginalized, but that she speaks of and with them in all their complexity. In an earlier speech in New York, she remembered the workers who perished at the Triangle Shirtwaist Fire not only as victims of corruption and greed but also as poor immigrant women.

What if the Democratic platform followed Warren’s lead? What if the party decided to mount a campaign that was about more than its nominees? What if the party presented a platform that heard America singing and distilled that singing into a new language of politics and governance?

What if the Democratic Party recognized Elizabeth Warren’s genius for identifying big bold proposals, and making them central to our discourse, and asked her to persist?