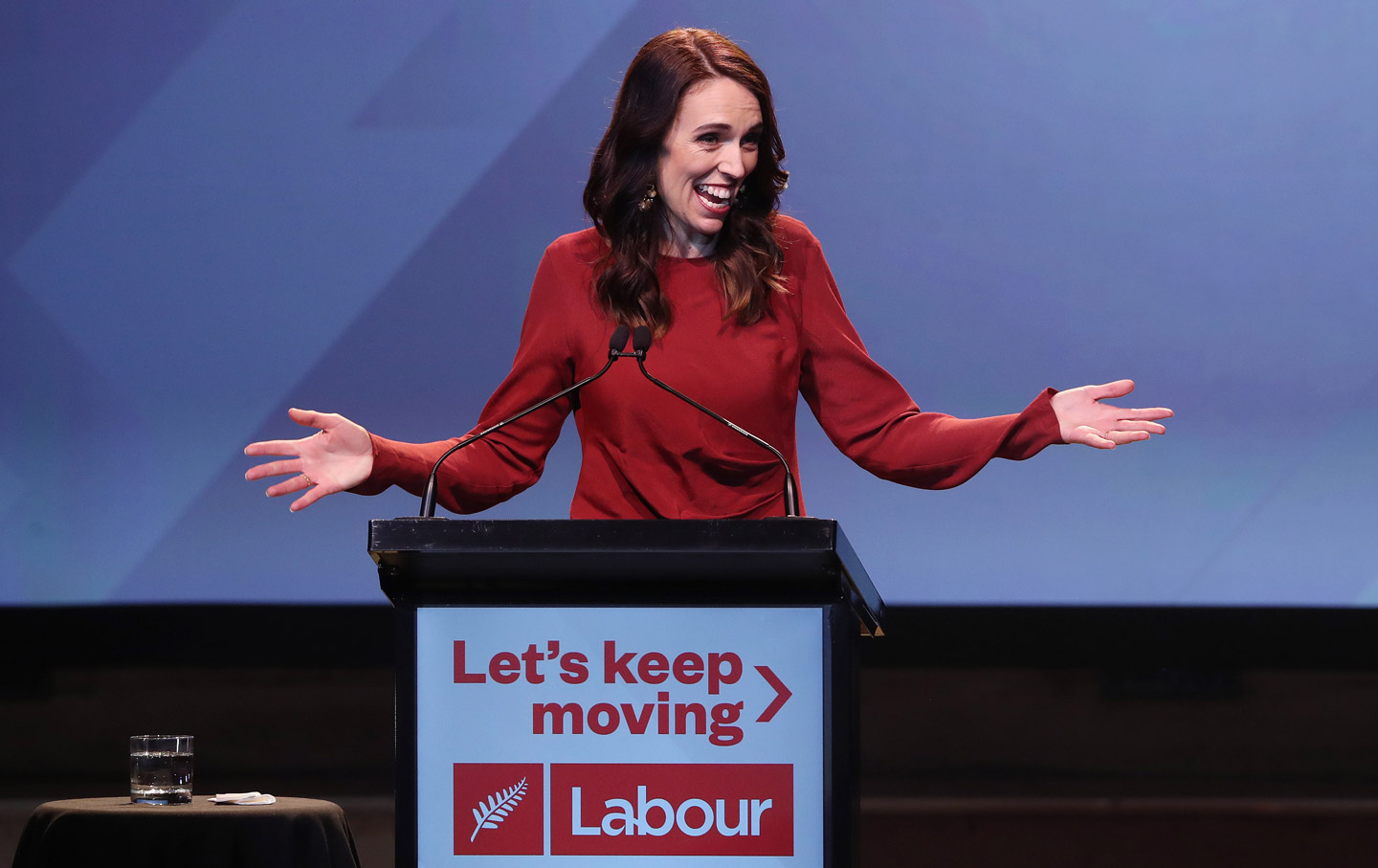 New Zealand Prime Minister Jacinda Ardern accepted her landslide reelection win Saturday with a message for her country and the rest of the world: “We are living in an increasingly polarized world, a place where more and more people have lost the ability to see one another’s point of view. I hope that this election, New Zealand has shown that this is not who we are. That as a nation, we can listen and we can debate. After all, we are small to lose sight of other people’s perspective. Elections aren’t always great at bringing people together, but they also don’t need to tear one another apart.”

Ardern, the 40-year-old leader of New Zealand’s social democratic Labour Party, did not explicitly mention the highest-profile election of this fall. But it was hard not to recognize in her victory speech a nod to voters in the United States, especially when she said, “This has not been an ordinary election and it’s not an ordinary time. It’s been full of uncertainty and anxiety. And we set out to be an antidote to that.”

Want more from John? Check out the first-ever Nation Festival featuring John Nichols alongside an extraordinary group of speakers. Nov. 18-21.

Since the former president of the International Union of Socialist Youth took office three years ago as a relative newcomer to national politics who cobbled together an unlikely multiparty coalition, Ardern has governed as the alternative to Donald Trump. She has confronted white nationalism, racism, and xenophobia. She has responded to a mass shooting that killed 51 Muslim worshippers by leading the charge to ban semiautomatic weapons ban and implement meaningful gun control regulations. And she has met the challenge of the coronavirus pandemic with the necessary combination of “science and solidarity” that United Nations Secretary General António Guterres has identified as the formula for success.

That response has been so starkly distinct from Trump’s lies and neglect that the New Zealander has become a folk hero for thinking Americans.

The New York Times, which editorialized last year that “America Deserves a Leader as Good as Jacinda Ardern,” summed up in April the prevalent feeling about New Zealand’s response to Covid-19:

As the pandemic has spread fear, disease and death, national leaders across the globe have been severely tested. Some have fallen short, sometimes dismally, but there are also those leaders who have risen to the moment, demonstrating resolve, courage, empathy, respect for science and elemental decency, and thereby dulling the impact of the disease on their people.

The master class on how to respond belongs to Jacinda Ardern, the 39-year-old prime minister of New Zealand. On March 21, when New Zealand still had only 52 confirmed cases, she told her fellow citizens what guidelines the government would follow in ramping up its response. Her message was clear: “These decisions will place the most significant restrictions on New Zealanders’ movements in modern history. But it is our best chance to slow the virus and to save lives.” And it was compassionate: “Please be strong, be kind and united against Covid-19.”

Ardern’s approach to the pandemic has not been a radical one. It’s been a necessary one. And it has worked. New Zealand flattened its Covid curve by early May, and it has maintained its safe-and-healthy status with considerable success since then. A country with just under 5 million people, New Zealand has reported fewer than 2,000 coronavirus cases and 25 deaths. A relatively comparable US state, Wisconsin, with a population of 5.8 million, has had more than 175,000 cases and roughly 1,600 deaths.

New Zealand has been so successful in controlling the virus that—at a time when the United States is struggling with a deadly surge that has seen hot spots develop in Wisconsin and other states—the island nation has in many senses returned to normal. Now, New Zealand voters have placed a big stamp of approval on Ardern’s efforts. In a country where prime ministers have historically had to pull together multiparty coalitions in order to govern, Ardern’s Labour Party won 64 of 120 seats and could govern without a coalition. Noting that “the Jacinda Ardern-led New Zealand Labour party has swept to its largest election night victory since 1946, winning 49.1% of the party vote and 64 seats in parliament,” Massey University professor Claire Robinson declared the result “one for the history books.”

The Green Party, one of Labour’s 2017–20 coalition partners that ran to the left of Ardern’s party this year, won another 10 seats. Progressives hope Labour and the Greens will align to form a more clearly left-leaning coalition that will encourage and embolden Ardern to reject caution and compromise when it comes to addressing inequality and the climate crisis.

The size of Labour’s win, and the nature of any coalition that extends from it, will matter because, while Ardern managed crises well during her first term, she will now be called on to keep a bold promise to “build back better from the COVID crisis.” The prime minister recognizes that her government must seize “our opportunity to build an economy that works for everyone, to keep creating decent jobs, to up-skill and train our people, to protect our environment and address our climate challenges, to take on poverty and inequality, to turn all of the uncertainty and hard times into cause for hope and optimism.”

“Build back better” sound familiar? It should. Biden has framed much of his fall campaigning around the same message. As Election Day in this year of Covid-19 approaches, he should double down on it.

New Zealand and the United States are different countries, and Ardern and Biden are dramatically different political figures. Yet, the New Zealand result offers a lesson that an unapologetically bold response to the pandemic, and to the economic challenges that extend from it, is both practically and politically wise. In the final weeks of the United States’ 2020 campaign, Biden and Democrats running at the federal and state levels—especially in battlegrounds such as Wisconsin—should amplify their commitment to take every necessary step to control the virus that has killed 225,000 Americans, infected almost 8.5 million, and is currently surging at record levels in states across the country.

People are sick and tired of the lies, the mismanagement, and the grotesquely irresponsible behavior not just of Donald Trump but of Republicans at the federal and state levels. Biden and the Democrats must recognize this in the waning days of the election and finish the 2020 campaign with a politics of science and solidarity that aims not just to beat Trump but to secure a result that is “one for the history books.”