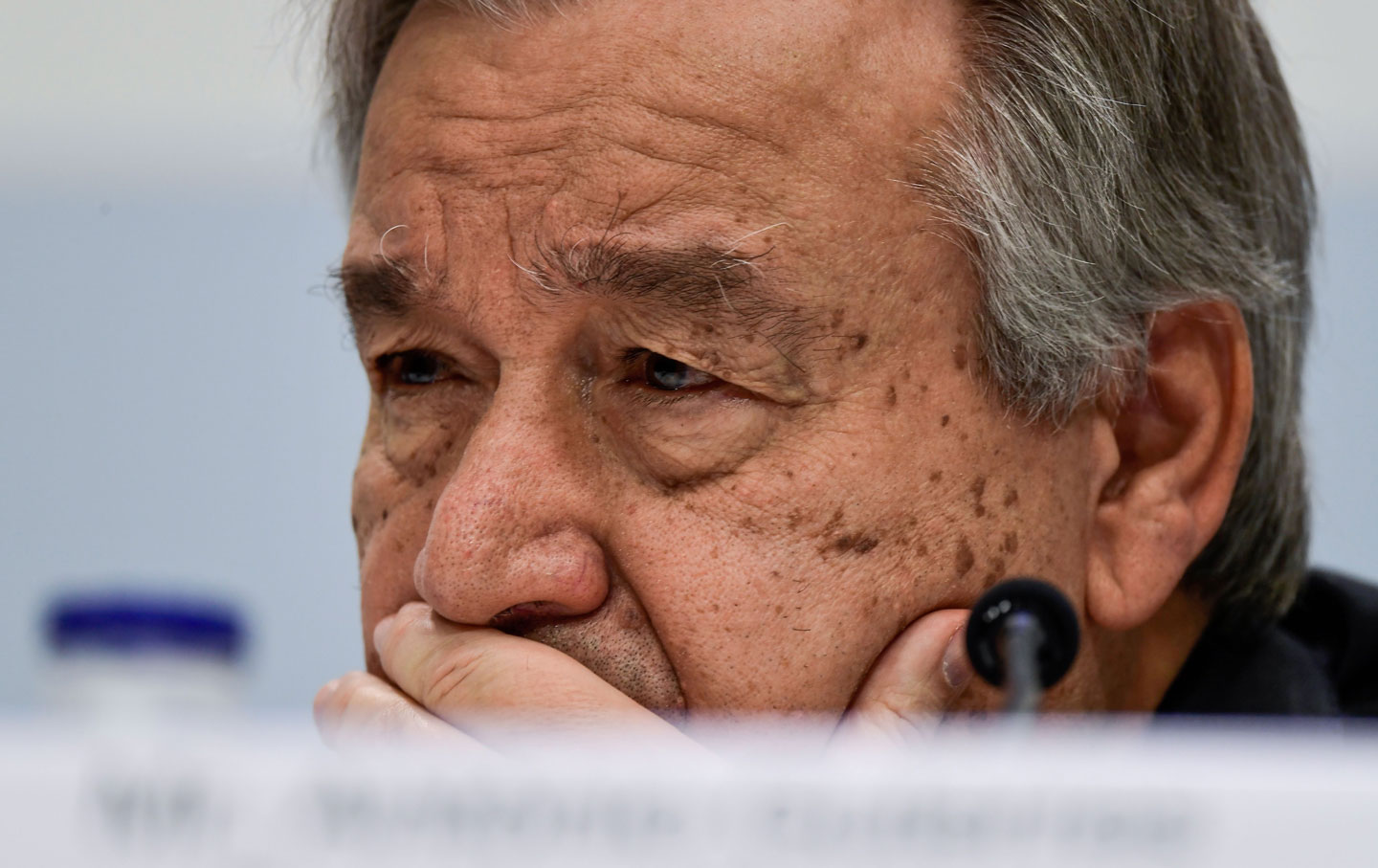 This article is published as part of Covering Climate Now, a global consortium of news outlets strengthening coverage of the climate story.

“The way we are moving is a suicide,” United Nations Secretary General António Guterres said in an interview on Monday, and humanity’s survival will be “impossible” if the United States doesn’t rejoin the Paris Agreement and achieve “net zero” carbon emissions by 2050, as the incoming Biden administration has pledged.

The secretary general said that “of course” he had been in touch with President-elect Biden and looked forward to welcoming the United States into a “global coalition for net zero by 2050” that the UN has organized. The country is the world’s largest cumulative source of heat-trapping emissions and its biggest military and economic power, Guterres noted, so “there is no way we can solve the [climate] problem…without strong American leadership.”

In an extraordinary, if largely unheralded, diplomatic achievement, most of the world’s leading emitters have already joined the UN’s “net zero by 2050” coalition, including the European Union, Japan, the United Kingdom, and China (which is the world’s largest source of annual emissions and has committed to achieving carbon neutrality “before 2060”). India, meanwhile, the world’s third largest annual emitter, is the only Group of 20 country on track to limit temperature rise to 2 degrees Celsius by 2100, despite needing to lift many of its people out of poverty, an achievement Guterres called “remarkable.” Along with fellow petro-state Russia, the United States has been the only major holdout, after Donald Trump announced he was withdrawing the country from the Paris Agreement soon after he became president four years ago.

The new pledges could bring the Paris Agreement’s goals “within reach,” provided that the pledges are fulfilled, concluded an analysis by the independent research group Climate Action Tracker. If so, temperature rise could be limited to 2.1 C, the group said—higher than the agreement’s target of 1.5 to 2 C, but a major improvement from the 3 to 5 C future that business as usual would deliver.

“The targets set at Paris were always meant to be increased over time,” Guterres said. “[Now,] we need to align those commitments with a 1.5 C future, and then you must implement.”

Reiterating scientists’ warning that humanity faces “a climate emergency,” the secretary general said that achieving carbon neutrality by 2050 is imperative if we are to avoid “irreversible” impacts that would be “absolutely devastating for the world economy and for human life.” He said rich countries must honor their obligation under the Paris Agreement to provide $100 billion a year to help developing countries limit their own climate pollution and adapt to the heat waves, storms, and sea-level rise already underway. The trillions of dollars now being invested to revive pandemic-battered economies also must be spent in a “green” way, Guterres argued, or today’s younger generations will inherit “a wrecked planet.” And he predicted that the oil and gas industry, in its present form, will die out before the end of this century as economies shift to renewable energy sources.

The secretary general’s interview, conducted by CBS News, The Times of India, and El País on behalf of the journalistic consortium Covering Climate Now, is part of a 10-day push by the UN to reinvigorate the Paris Agreement before a follow-up conference next year. That conference, known as the 26th Conference of the Parties, or COP 26, was supposed to take place this week but was postponed because of the pandemic. On December 12, 2020, Guterres will mark the fifth anniversary of the signing of the Paris Agreement by convening a global climate summit with Boris Johnson, who as prime minister of the UK is the official host of COP 26, which occurs in Glasgow, Scotland, next November.

A total of 110 countries have joined the “net zero by 2050” coalition, the secretary general said, a development he attributed to growing recognition of the increasingly frequent and destructive extreme weather events climate change is unleashing around the world and the “tremendous pressure” governments have faced from civil society, including millions of young people protesting in virtually every country as well as more and more workers in the private sector.

“Governments, until now, thought to a certain extent that they could do whatever they wanted,” Guterres said. “But now…we see the youth mobilizing in fantastic ways all over the world.” And with solar and other renewable energy sources now cheaper than carbon-based equivalents, investors are realizing that “the sooner that they move…to portfolios linked to the new green and digital economy, the best it will be for their own assets and their own clients.”

For a global economy that still relies on oil, gas, and coal for most of its energy and much of its food production, moving to “net zero” by 2050 nevertheless represents a tectonic shift—all the more so because scientists calculate that emissions must fall roughly by half over the next 10 years to hit the 2050 target. Achieving those goals will require fundamental shifts in both public and private policy, including building no new coal plants and phasing out existing ones, Guterres said. Governments must also reform tax and subsidy practices. 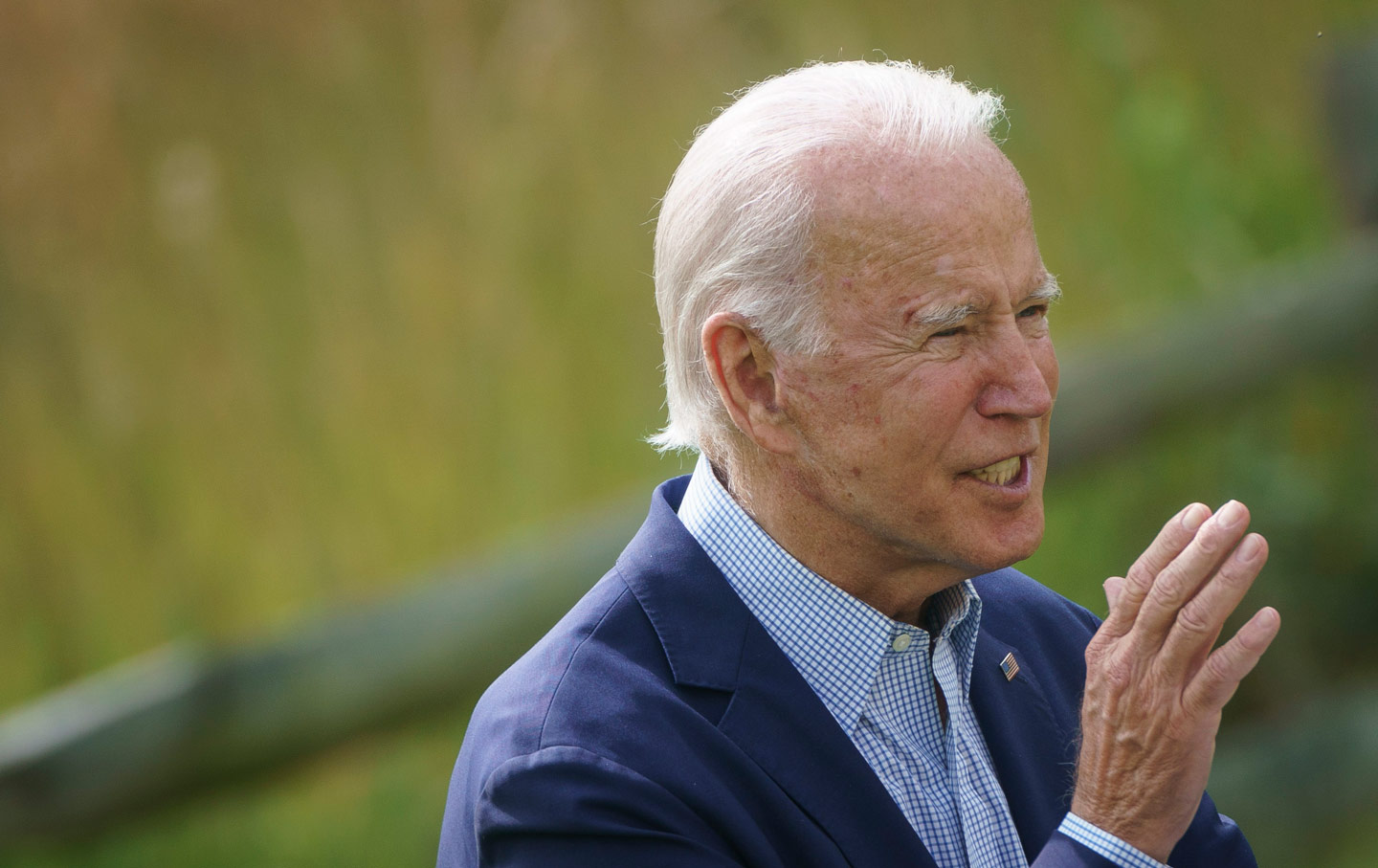 There should be “no more subsidies for fossil fuels,” the secretary general said. “It doesn’t make any sense that taxpayers’ money is spent destroying the planet. At the same time, we should shift taxation from income to carbon, from taxpayers to polluters. I’m not asking governments to increase taxes. I’m asking governments to reduce the taxes on payrolls or on companies that commit to invest in green energy and put that level of taxation on carbon pollution.”

Governments must also ensure a “just transition” for the people and communities affected by the phase-out of fossil fuels, with workers getting unemployment payments and retraining for jobs in the new green economy. “When I was in government [as the prime minister of Portugal], we had to close all the coal mines,” he recalled. “We did everything we could to make sure that those who were working in those mines would have their futures guaranteed.”

The “cycle of oil as the key engine of the world economy is finished,” Guterres said. By the end of the 21st century, petroleum might still be used “as raw materials for different products…but the role of fossil fuels as [an energy source] will be minimal.” As for fossil fuel companies’ stated ambitions to continue producing more oil, gas and coal, Guterres said that throughout history various economic sectors have risen and fallen and that the digital sector has now displaced the fossil fuel sector as the center of the global economy. “I’m totally convinced that a lot of the oil and gas that is today in the soil,” he said, “will remain in the soil.”