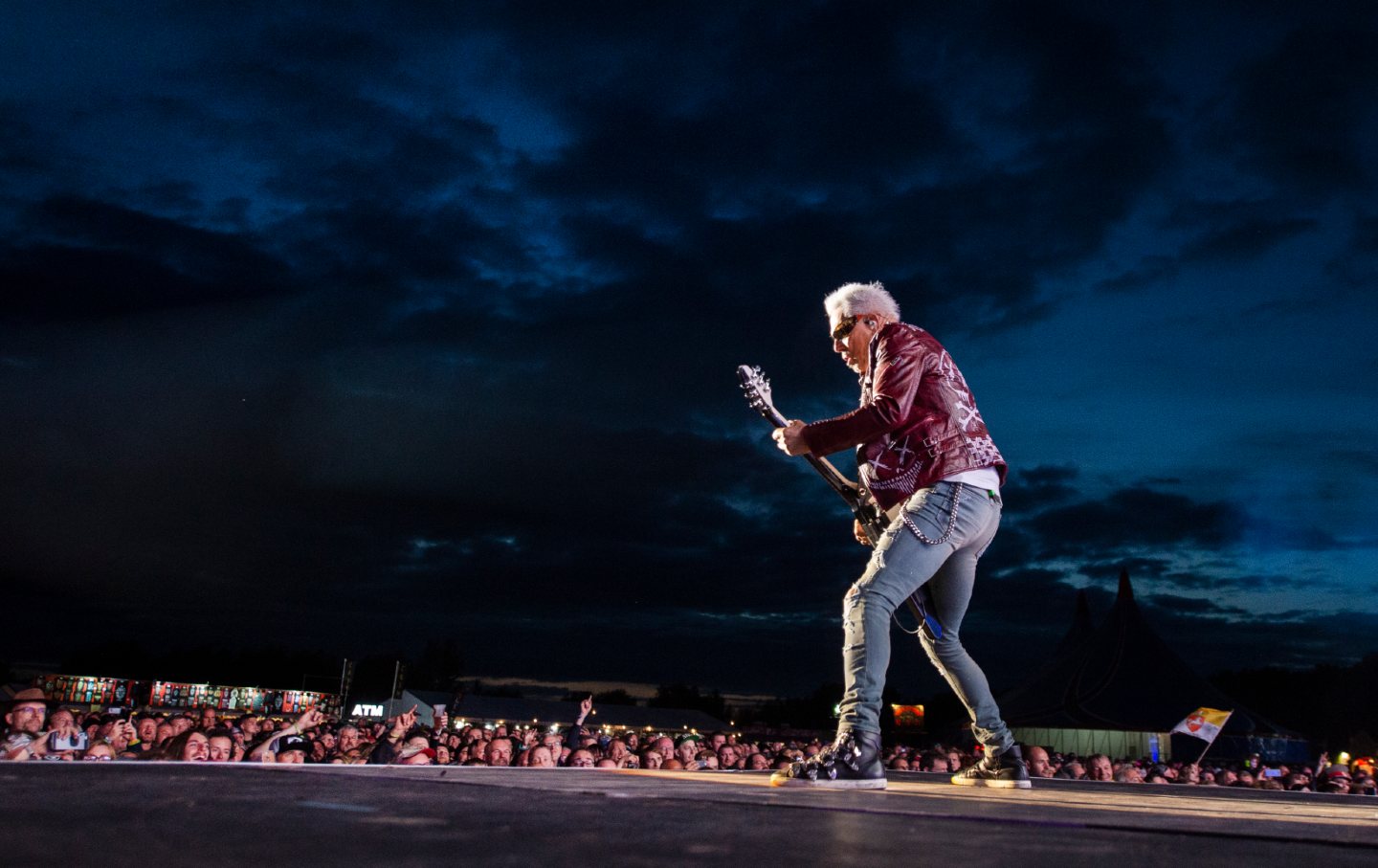 James Jesus Angleton, chief of CIA counterintelligence from 1954 to 1975, was nicknamed “the Poet.” Before he was a spy, he had literary aspirations. As an undergraduate at Yale, he wrote verse and, more impressively, coedited the literary journal Furioso, which published poets like E.E. Cummings, Ezra Pound, and William Carlos Williams.

Angleton was an aesthete turned tormentor. The two facets of his personality were combined in disturbing ways. His literary sensibility was nurtured on the close reading taught by the New Criticism, with William Empson’s classic Seven Types of Ambiguity (1930) being an especially formative influence. Empson taught Angleton that no line of poetry had just one meaning, that the job of the reader was to squeeze out every ambiguity and hidden implication. Angleton notoriously applied this methodology to the interrogation of Soviet defectors, never taking them at face value but constantly pressuring them to reveal their covert intentions, always postulating that they might be double agents, and sometimes torturing them.

Strange as it may seem, Angleton’s use of high modernism for spycraft was hardly unique. The CIA in its first few decades was led by Ivy League eggheads. Angelton’s protégé Cord Meyer often hired literary critics from The Kenyon Review, an organ of the New Criticism, to work as spies.

The CIA had not just an ideology but also an aesthetic. The Cold War was a cultural struggle as well as a political one. To demonstrate the superiority of Western Civilization, and particularly to win over wavering European intellectuals who might be attracted to communism, the agency funded literary magazines like The Paris Review—founding editor Peter Matthiesson was on the CIA’s payroll as a spy—and sponsored exhibits of Abstract Expressionism. In the late 1970s, the journalist Richard Elman researched “the Aesthetics of the CIA” and found documents revealing that the agency seriously considered a suggestion that “T.S. Eliot’s Four Quartets be translated into Russian and dropped by airplane all over the Soviet Union.”

The cultural Cold War was the precursor to the space race. In both competitions, government largesse was deployed to prove that America could outdo the Reds. In order to show that America was fully as sophisticated as fellow-travelers like Jean-Paul Sartre and Pablo Picasso, the CIA embraced difficult and experimental art. In the same spirit, NASA sent astronauts to the moon to wipe out the humiliation of Sputnik.

But there was one creative field where the CIA was more populist: music. As historian Hugh Wilford noted in his 2008 study, The Mighty Wurlitzer: How the CIA Played America, “Yet surprisingly, the CIA appeared reluctant to extend its patronage to America’s musical avant-garde, experimental, ‘serialist’ composers such as Milton Babbitt and John Cage, both of whom shared many of the same aesthetic ideas and indeed often collaborated with abstract expressionists.”

Instead, the agency even in the 1950s thought that America’s musical strength lay in popular work. In a 1955, Frank Wisner, then deputy director of plans, rejected the idea of sending the New York Ballet to Moscow. “Our initial presentations to Soviet audiences should aim for mass appeal,” Wisner argued. He wanted music that was “expressive of our folklore or unmistakably typical of U.S.” Wisner was particularly interested in works by “negro performers” that would display their “capacity” and “the opportunities they have in U.S. artistic life.” Wisner believed that “first-rate American jazz” would “serve to demonstrate the breadth and vitality of American musicianship.”

Wisner’s enthusiasm for jazz is the key to why the CIA embraced popular culture in music even as it was much more hoity-toity in regard to literature and painting. The CIA was well aware that the Soviet Union was calling attention to American racism. This was a particularly vulnerable point in the competition for support among the decolonizing nations of Africa and Asia. Jazz, and popular music more broadly, would be the way to show that America wasn’t racist.

The story of the CIA’s love of popular music is brought up to date in a splendid podcast called Wind of Change, by New Yorker journalist Patrick Radden Keefe. In the eight-episode series, Keefe investigates the rumor that CIA agents composed the ballad “Wind of Change,” first performed in 1989 by the German heavy metal group Scorpions and released the following year. The song was a huge hit on both sides of the Iron Curtain, becoming a kind of unofficial anthem for the end of communism.

The podcast is very much a detective story, and like all whodunits deserves to be left spoiler-free. But one of its strengths is that Keefe places his story fully in the context of the CIA’s history of arts patronage.

In the third episode, there’s a discussion of the troubled relationship this patronage had with black musicians. In 1955, The New York Times wrote, “America’s secret weapon is a blue note in a minor key. Right now its most effective ambassador is Louis (Satchmo) Armstrong.” But Armstrong was a reluctant ambassador, uncomfortable with doing propaganda for Jim Crow America. He went along on State Department tours but continued to speak out against racism.

In the case of Nina Simone, the CIA had to use trickery. As Wilford uncovered, Simone was sent on a tour to Nigeria in 1961 by the American Society of African Culture, a CIA front organization. As Keefe notes, “It’s one thing for the government to pressure Louis Armstrong to go to Africa on a propaganda mission and have him grudgingly but knowingly go along. It’s a very different thing to covertly send an artist on false pretenses. And Nina Simone was no patriot. She ended up renouncing the United States and living abroad. She called it, ‘the United Snakes of America.’” 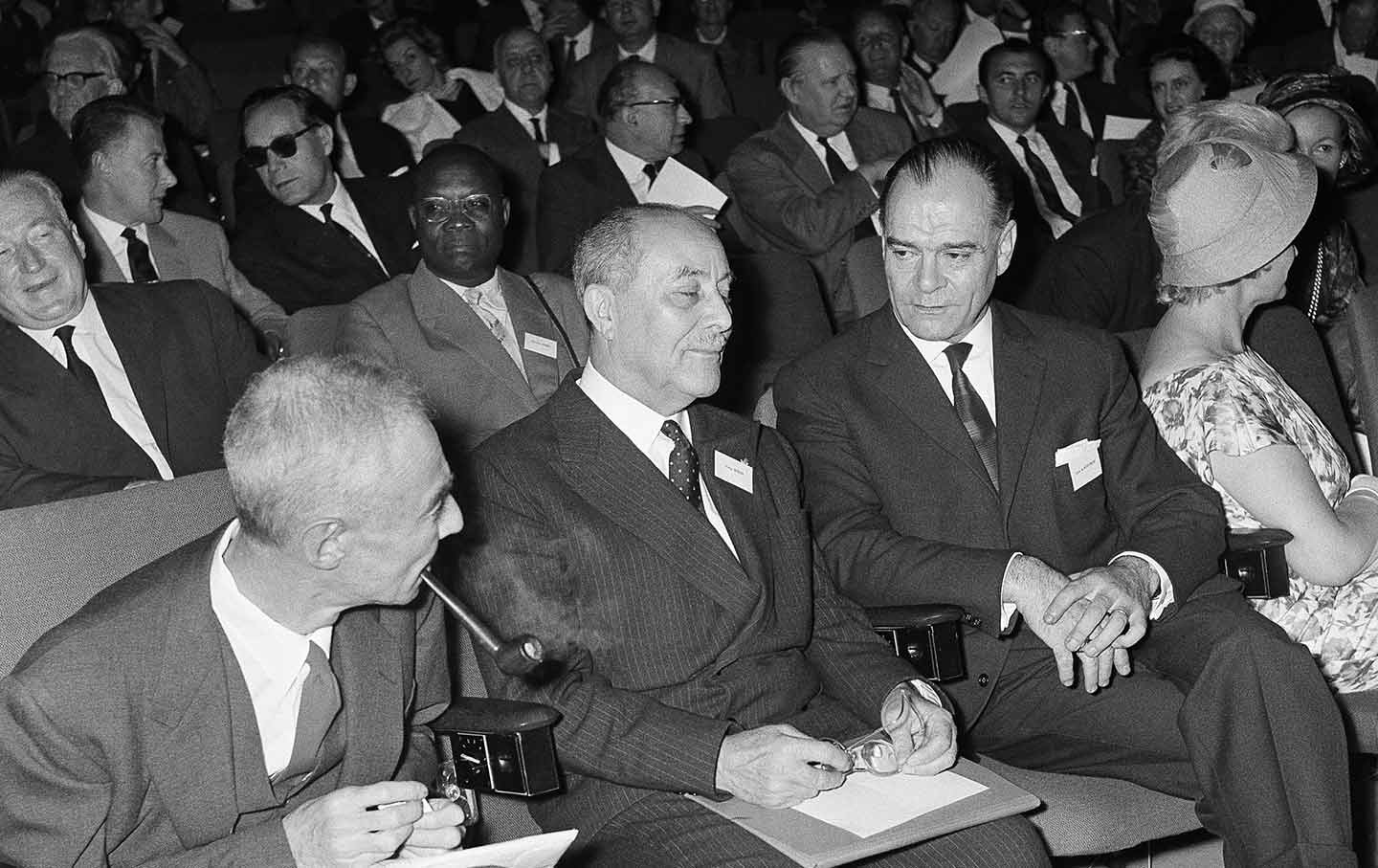 How the CIA Tricked the World’s Best Writers

One of the great merits of Wind of Change is that it directly confronts what is morally troubling about spy agencies’ funding art. Arguably, the CIA’s patronage was one of its most defensible deeds, certainly preferable to fomenting coups or assassinating foreign leaders. But even so, it involved a corruption of art.

As Keefe observes, “We think of culture—or we want to think of culture—as organic and spontaneous, as purer than politics. Nina Simone clearly did. She felt it gave her a deep connection to the people she met in Nigeria. So it is really unsettling to learn that the hidden hand of government was at work. It’s a feeling of dispossession, like someone picked your pocket.”

Another virtue of the podcast is that it recuperates the idea of ambiguity, stealing it back from James Jesus Angleton. If Angleton corrupted ambiguity by turning it into a justification for torture, Keefe shows that when ambiguity is properly used, it is an essential tool for moral analysis. Throughout the series, each bit of evidence, each new testimony or historical discovery, is examined for its implicit content or possible falsehood. The end result is not Angleton’s murk but the illumination that comes from honestly confronting the limits of knowledge.