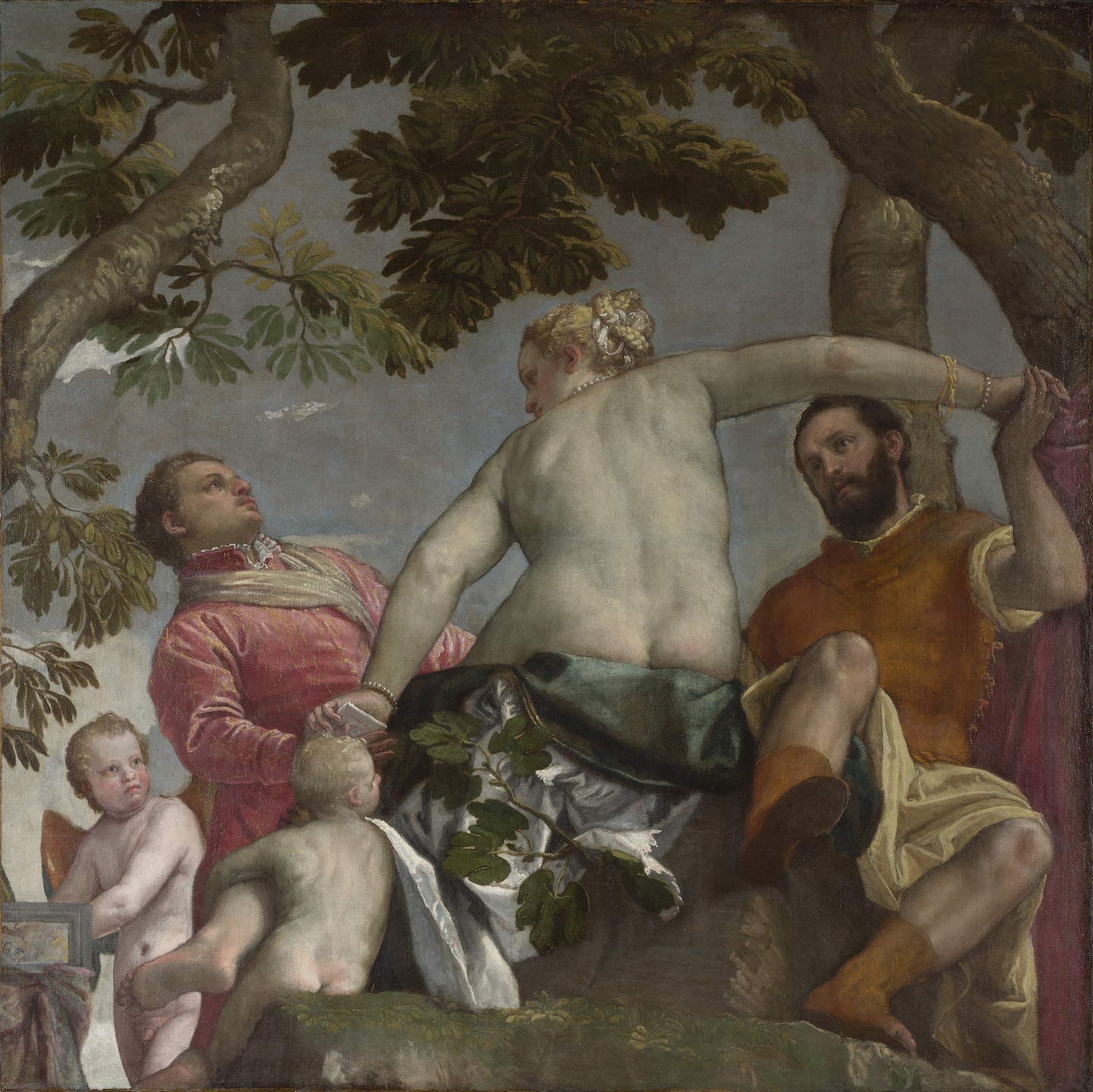 The moment when everything changes is just like every other moment, more or less, in the world of Free Love, Tessa Hadley’s latest novel. Phyllis Fischer and her husband, Roger, a civil servant in the Foreign Office, are getting ready to go to a party across the street from their house in their placid London suburb. Before they leave, she asks her husband’s opinion about which earrings she should wear while she puts his cuff links into his dress shirt. “There was a lot to be said for these companionable married exchanges: low-voiced and sensible, friendly, worn into their groove, each partner attuned through long familiarity to the needs of the other,” Phyllis thinks. When they arrive, they make the usual small talk with the usual people. But suddenly Phyllis walks out, putting on her coat and walking across the road as if she had forgotten something at home. She tears a page out of her diary and writes a brief note, which says she needs to get away for a few days, and tells Roger not to look for her. Her daughter will find it later that night. Meanwhile, she goes toward the train to London, toward Nicky Knight, the young lover whom she has seen a handful of times. “She really had no idea then, that she wasn’t coming back,” our narrator tells us.

This moment, which comes less than halfway through the novel, is a sharp shock—we see it coming, perhaps, and may try to convince ourselves that it was inevitable, but its finality is jarring. Hadley, the author of seven novels and three short-story collections, is interested in the irrevocability of human actions. She is drawn especially to the snap decision—to leave a party, to get on a train, to walk out of an entire life. Many of these events in her novels are plunges into affairs that disrupt pleasant, ordered lives that are actually inchoate in their oppressiveness: the doldrums of middle age in Hampstead (or a family vacation in Ireland) or, in Free Love, the tedious decorum of being a housewife in the London suburbs of 1967. (One of her other great subjects is “Englishness.”) She likes to pinpoint the moment when things gain a momentum that is impossible to reverse—as in her novel Late in the Day, when the character Alex finds himself in bed with his wife’s best friend, who was married to his own, recently dead best friend. It happens as if by accident, though really it is the swell of ancient passions—“the enormity of their act having crashed over them and left behind its significance, like a wave withdrawing.”

Hadley is focused, then, on the age-old subject of adultery: its origins and its mechanics. Her novels of domestic drama are from a tradition that might feel less contemporary; her depictions of the minutiae of emotional embroilments are occasionally Jamesian, as are her descriptive sentences. (She is also the author of a critical study called Henry James and the Imagination of Pleasure.) This is, in its way, refreshing in contemporary fiction, even as its patterns are familiar to us. Someone from the past emerges, as in Accidents in the Home. Or, in Free Love, it might be a young stranger with a tenuous connection to her family—Nicky, who lives in a rented room in a crumbling building in Notting Hill, hanging around with artists and radicals, who has strong but vague political convictions. When they first meet, at dinner in the Fischers’ orderly home, Phyllis’s strong conviction is that he hates her and what she represents; this awareness of his disdain is what draws her to him at first. Because of the contrast between the young London radicals and the suburban housewife, Phyllis is not unlike the disaffected housewives who haunt the stories of Cheever. Her sexual awakening intermingles with the beginnings of a political one. She ambles uncertainly toward Nicky and his way of seeing the world, toward underground jazz clubs and drugs and protests—until all at once she arrives there, unknowingly already past the point of no return.

Yet if Hadley is drawn to these moments of intense rupture—and who isn’t?—what makes her exceptional is her writing of their consequences, which are often both more, and less, earth-shattering than they initially seemed. In her novels and stories, in the wake of impulsive acts of destruction, strange truces are often reached; as passions are realized and then wrung out, former spouses might see each other again, not exactly as friends but not as mortal enemies either. And yet, still, there is no homecoming. In Free Love too, most of the narrative occurs after Phyllis flees the suburbs. Her two children grapple with the sudden departure of their mother. Phyllis adjusts to life in rented ramshackle rooms, uneasily at first and then more comfortably. Roger experiences the profound shock of change to his daily routines, and then new ones emerge. There are small tragedies and moments of levity, seen from all vantage points.

Phyllis’s great awakening seems at once profound and puerile. Her politics, especially, remain muddled. Her convictions are clearest when they are ambivalent inklings, as in the beginning of her affair with Nicky, who derides Roger’s moderate politics as rotten. (Roger himself was a radical in his youth, so looks fondly if patronizingly on Nicky’s ideals.) Phyllis calls Roger one night from a phone booth near her father’s house, after making a trip that mostly served to enable her affair, and asks him suddenly and offhandedly if his work in the Foreign Office is in the business of ordering bombs dropped. At first he brushes her off, startled, but then patiently explains that he is working on a paper for the UN about cooperation and security in the Middle East.

Phyllis felt Roger’s perspective, for the moment, regain its sway over her. He appeared such a pillar of enlightenment and kindness, after her conversations with her father and Marcia. On her way back to Rosemount from the phone box, his old civilisation seemed to crouch around her in the dark, as if she were blundering among broken monuments in the Roman Forum, rather than past the bus shelter, and the tennis club where she’d gone to teenage dances. She smelled its composted ancient rottenness, felt its gravel prodding under the thin sole of her shoe, knew the futility of imagining anything different, anything less terrible or bitter.

There is never quite an answer to this question of whether the old order ought to be overthrown, or whether it can be, even as the characters’ lives play out against a backdrop of social upheaval and political change. In the late 1960s, England was hurtling toward a wide variety of shifts and crises, among them the beginning of the Troubles in Ireland, turmoil in the Middle East, and the first inklings of an economic recession. (There were also, of course, The Beatles.) Nicky goes to Paris for the student uprising in 1968; he returns agitated and excited, working on a piece for the New Left Review, but he seems childishly infatuated with it. There is something unserious about his revolutionary preoccupations. Upon his return, Phyllis’s daughter Colette observes his indifference to her when she visits her mother’s flat. “The old ties of family relationships were obsolete, square, bypassed in a superior new world: you could make up your relationships for yourself, out of your free choice…. How could anything personal be important, besides what was going on in France?” she thinks. But of course it is not so simple. The new world Phyllis and Nicky inhabit is freer in many ways, but it is not totally free; there are simply different constraints. For Hadley’s characters, the personal remains superlative, and the old family ties stubbornly determinate.

By the end of the book, it is Roger’s interior life, rather than Phyllis’s, that comes most into focus. We learn something of his past—his time in World War II, and a love affair in the wake of it, from which he has never fully recovered. After Phyllis leaves him, he turns back toward this past, and his quieter awakening is a kind of photonegative of hers, suggesting a life he might have lived but didn’t. The question arises: Can he live it now? And yet for Roger there is no great break with the ordered present. There is something more tragic and perhaps even more profound in his story, which is what doesn’t happen—stasis rather than rupture. The plot is set in motion, by Phyllis’s attempt to cleave from their life together, which she manages, however incompletely. Roger, meanwhile, is caught in an altered state of continuity. Eventually, they will meet for dinner, both changed and yet much the same.

In Hadley’s work, it is not only the irrevocable moment that matters but also what comes next: lives revealed to be houses of cards that tumble in the wake of sudden impulse. In Free Love, these domestic embroilments become intermingled with tides of cultural and political change, but forces she scrutinizes most closely remain those of the heart. Hadley is, as always, masterfully tracking the contours of desire to its end point and beyond. All of it is aftermath.