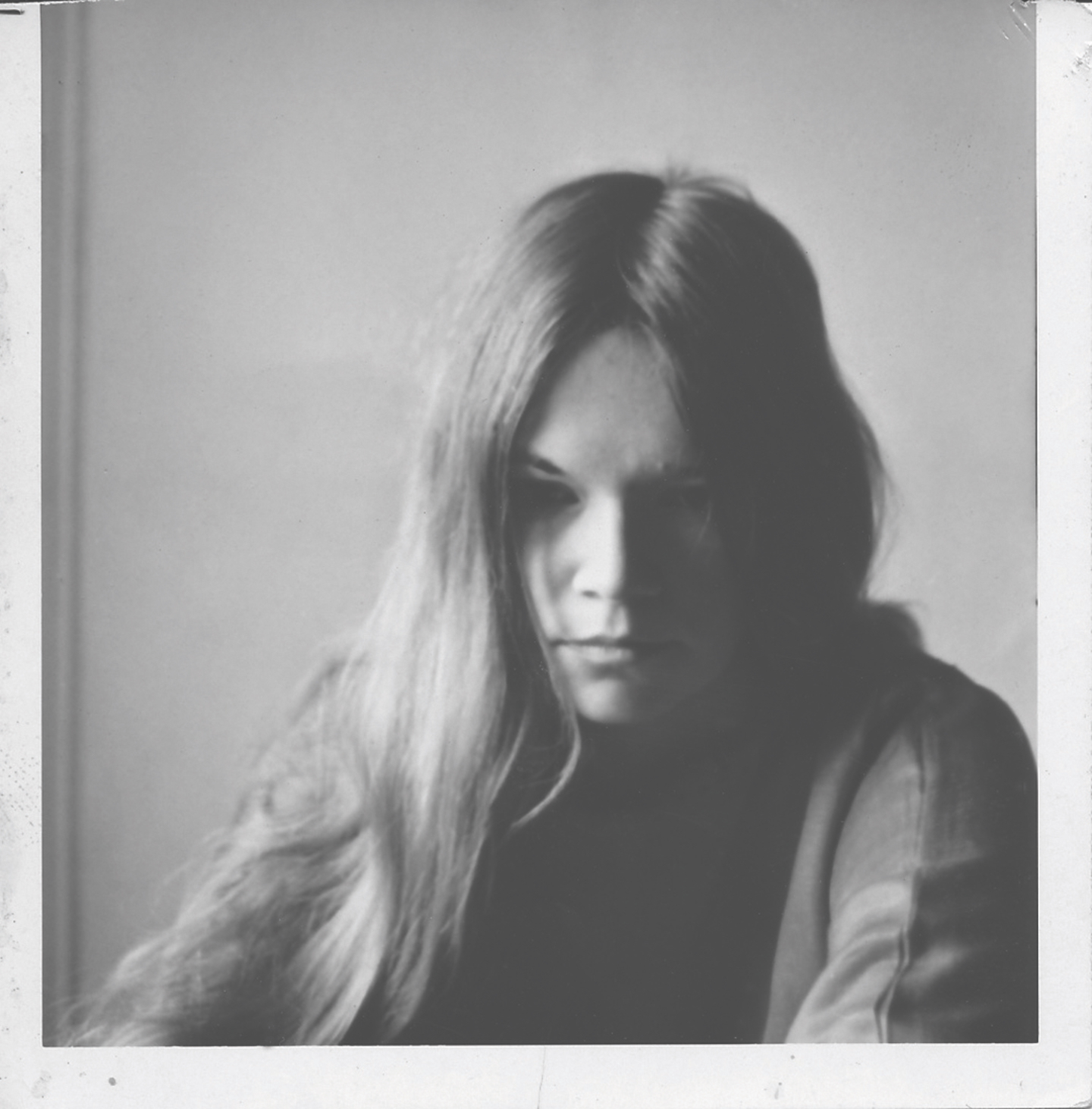 In 1971, the artist Rosemary Mayer was 28 and living alone in New York City. At the time, much of her work took the form of large abstract sculptures made from fabric that was pinned, knotted, draped, and painted, meant to be hung on the wall or from the ceiling. The bolts of material—voile, burlap, nylon, not necessarily precious stuff—were picked up at Macy’s or from her friend Hannah Weiner, who at the time had a day job as a lingerie designer. Mayer cobbled together her own living by art modeling and (illegally) collecting unemployment, all the while daydreaming about other forms of self-support as an artist. Among the year’s events: She participated in a feminist consciousness-raising group with her art-school friend Adrian Piper; she had a fruitless studio visit with the art critic Lucy Lippard; she attended a John Cage concert and read Anaïs Nin’s diary; she tried to curb her smoking; she had a handful of lovers, many disappointing but one promising; at least once, she ate a half-pound ball of mozzarella in one sitting.

Excerpts From the 1971 Journal of Rosemary Mayer

All of this was recorded in Mayer’s journals, which she kept for decades, and which, following her death in 2014, were passed on to the artist’s niece Marie Warsh. In 2016, while working with her brother and the gallerist Maika Pollock on a retrospective exhibition of Mayer’s work at Southfirst gallery in Brooklyn, Warsh compiled a slim selection of entries from the year 1971 to publish alongside that show. In addition to being squarely in the center of the years covered by the artworks on view, Warsh noted in a foreword, 1971 “seemed in many ways a turning point for Rosemary.” This as a consolidating idea is at first made murky by the minutiae that abut sincere, lucid reflections on her practice. But as this new, second edition of the book—with double the number of entries included—underscores, it’s thanks to that minutiae that Mayer’s records of her everyday actions are perceived as rich with confirmation of growth. Also of interest is the way they make available the strange rhythm of the accumulation of experience that we call living.

Mayer was and remains a lesser-known artist, her name often qualified by that of her sister (Bernadette) or her ex-husband (Vito Acconci). The 2016 exhibition was the first solo exhibition of her work since the 1980s, and it did help place her back into art historical consciousness, cultivating interest among at least a handful of younger historians and critics. It was the first time I had encountered her work, and I was taken by it. For me, Mayer’s gauzy sculptures ultimately eluded the context of Conceptualism or Minimalism, doing something less clean but more alive; it seems worth mentioning that this quality struck me at the time as wildly feminine. Accompanying the sculptures themselves were walls of drawings illustrating the plotting phase for the frame-and-fabric wall hangings and stand-alone works, including notes jotted by Mayer that seemed to me to be both cryptic and beautiful in their own right.

It’s not clear to me that it was ever quite her intent, but Mayer’s work travels well alongside the written word—striking up a relationship that’s poetic and conversational, rather than didactic. Still, her writing offers us access to the structures, physical and emotional, that give her diaphanous work form. (Among her late work, little of which has to my knowledge been shown, is a series of paintings charting in a graph of scribbled overlapping color the sounds she hears on the street: a kind of poetics that causes impressions to dissolve between the senses.) It would be a reduction of that very relationship to call Mayer’s artwork diaristic. But the snapshot provided by this selection of entries introduces the diary as a form she studied as well as produced. I wonder if this back-and-forth between the visual and the journaled word might have implications for both the art object and the diary as means of expression—how they are made and seen.

In her introduction to the second edition, Warsh traces a shift in the intent behind returning to this material. If the first edition was meant to help interject Mayer into art history, to posthumously fulfill her desire for her work to be known, the expanded book, Warsh writes, responds to readers who were taken with Mayer as an everyday protagonist—perhaps fulfilling one complicated desire bound up with the diary form, to be known oneself. That is to say, someone with no particular knowledge of or interest in Mayer’s artwork as such but with an interest in creative women trying to make sense of their lives would likely enjoy this book.

Even as someone with a scholarly investment in Mayer’s oeuvre, I must add that it would be dishonest of me to imply that I read this document at a consistent critical remove. I’m also 28 and live alone and keep an irregular schedule that usually finds its shape via both social engagements and crests of emotion, some of which I keep track of in a cardboard notebook. I enjoyed the perverse overidentification I felt reading certain passages, something like Sissy Spacek devouring Shelly Duval’s diary midway through Three Women. She writes on Friday, March 19: “Why do I always dream of places—bldngs.—rooms—??” which is a query I’m sure I’ve written something like myself! On April 4: “…JOB—SEX—LONELINESS—the coming SUMMER.” On July 16: “Man, do I need ideas. Worse than I need a lover.” On February 16: “TREMORS OF MY FORMER SELVES.” 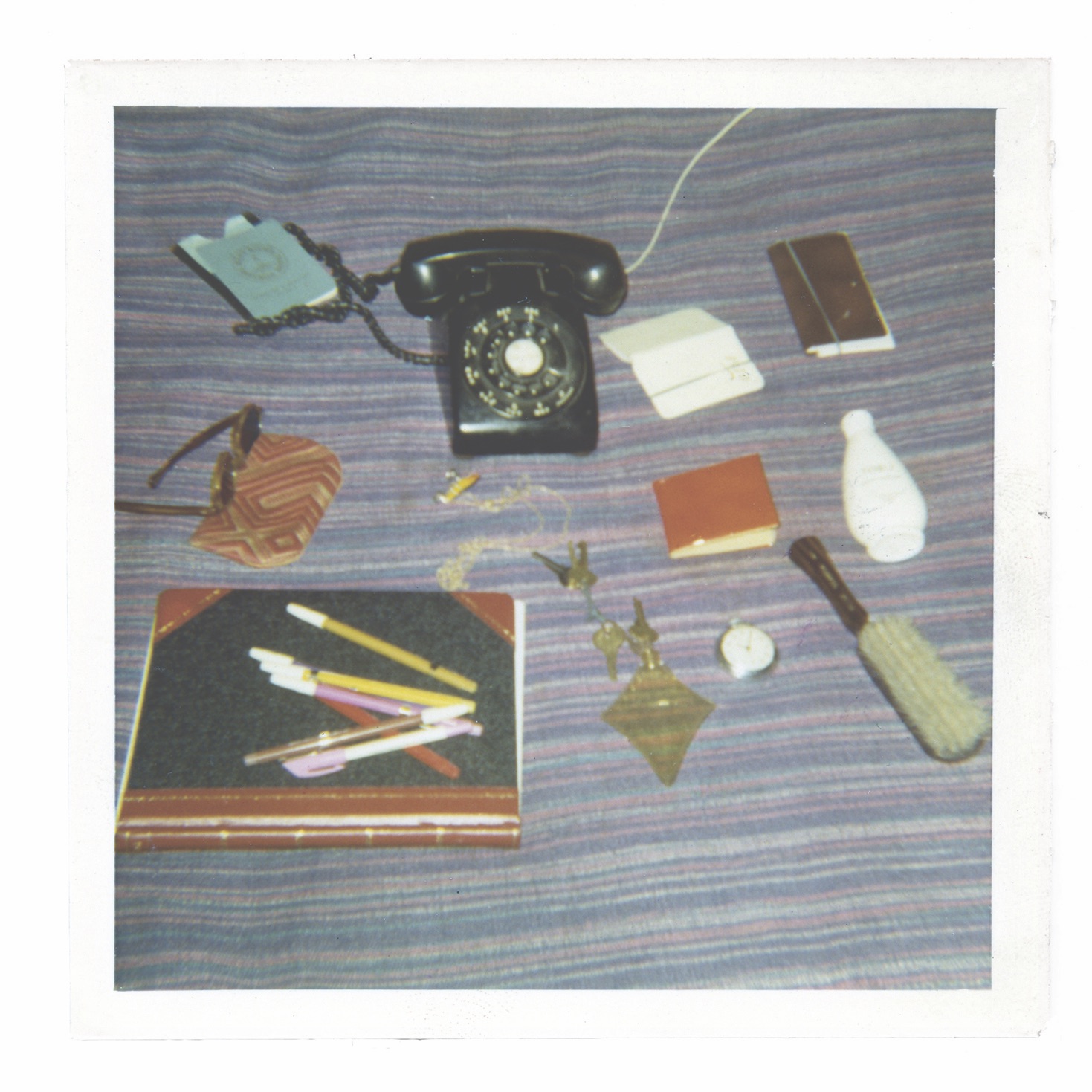 Mayer, who would go on to publish a translation of the 16th century Mannerist painter Jacopo Pontormo’s journals, is a student of the diary. She parses the entries in Anaïs Nin’s diary, at one point recounting a conversation with Hannah Weiner in which the two of them “tore it apart” for its “delicacy” and Catholic purity. “She seldom talks abt. her body exc. to regret its delicacy,” Mayer writes. “She never mentions its smells, or aches, or her sex life.” Mayer’s own commitment to noting unattractive particulars—stomachaches, root canals, odd ’70s health-food cravings, mediocre sex—takes on an edge of resolve by comparison. But she identifies, too, with the ways Nin’s Catholic upbringing shaped her relationship to men, and that identification opens up a little space for self-understanding and the capacity for a shift in how Mayer perceives herself. In the entry following the Nin conversation, some four days later, following a blistering hot bath, “almost as good as sex”: “I’ve decided to give freer reign [sic] to my feelings. I’m always tucking them away to keep them out of my way.”

How does all this personal information, so much of it in the realm of feeling as a form of knowledge, travel back to the art object? In late July, after a phone call with Acconci, whose prolific successes crop up throughout the year, Mayer reflects, “I’m not even that interested in his work as art…much more how it is an expression of him…& how it seems the more he does the more he becomes himself…while he never really changes…his orientation to punish himself carries through.” Of course, what she offers in this moment is not some universal methodology for looking at a performance or sculpture; it comes from over a decade of irreproducible and vexed intimacy, and is, yes, recorded in a private ledger. But what if this way of looking is a way of seeing work as art proper? It feels a little dangerous, but also somehow true. What someone makes doesn’t have to be an authentic, stable expression of self to contain traces of the experience of living. As a way of looking, or listening, or feeling, seeking those traces can make objects more strange, rather than more simple. I return to the feeling that Mayer’s artworks and personal writings, both for their own reasons a little too tucked away to really feel public, are mutually illuminating.

Mayer’s writing here also happens to chart a corner of the downtown New York art world in a very specific time, one that had already passed when these writings were compiled but that feels especially distant today, the future of the institutions and entities that make even a minor career like Mayer’s possible, let alone city life itself, up in the air. This edition also arrives, by accident, at a moment in which the diary as a media object—that is, the diary written to be a media object—has taken on some new credence. It comes with its subgenres, and whether heartrending, offbeat, literary, or simply a record of some form of consumption, we read for virtue (or lack thereof) as well as personal identification.

It may bear reiterating that when Mayer made these notes on her life, self-conscious as she was, it wasn’t her writing that she meant to make known. Perhaps doing this kind of reading can help us, saturated as we are with sculpted life narratives, keep better diaries. The little uneven crevasses that form throughout the document to which her estate has granted us access are what make it especially satisfying to read, a different kind of historical documentation of how an artist comes to be. Wrestling with herself after a conversation with Weiner about fame, she wrote: “that’s not it though to be famous—it’s to be surer of myself & my work—I’m beginning to be one of those people who lives & breathes art.”