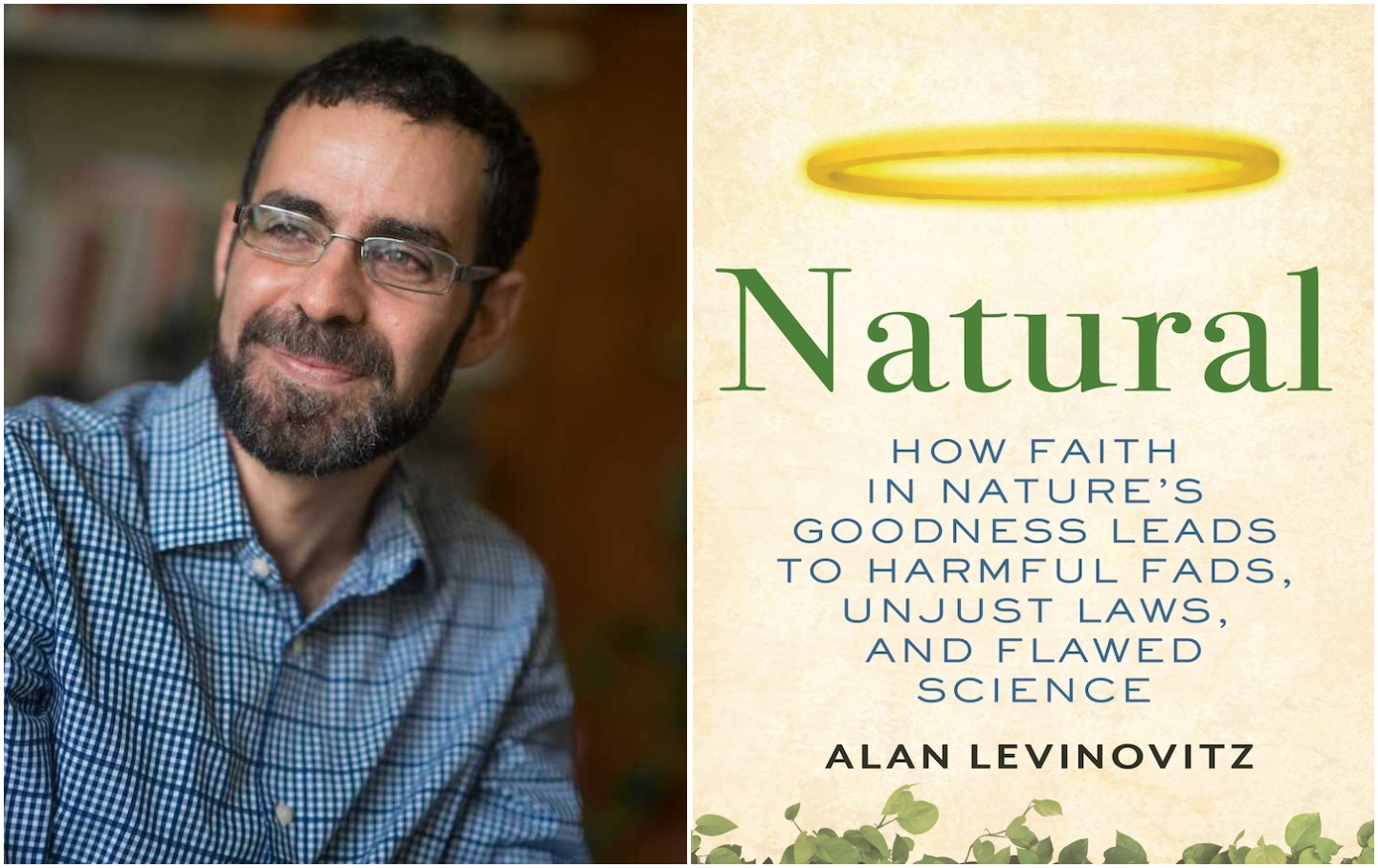 “We’re the last stop,” Brian Clement said in 2010. “We have dealt with mostly stage three, stage four catastrophic cancers, a big percentage, probably 25 percent of them have literally been told they’re gonna die.” A codirector of the Hippocratic Health Institute, Clement frequently claimed to help thousands “reverse” or “heal” their own cancer with raw vegan diets and various alternative treatments. In one videotaped interview, when asked what ailments he’d cured by putting people on a vegan diet, he didn’t hesitate before answering, “Every known disease.”

By the time Alan Levinovitz visited the HHI’s lush West Palm Beach compound in 2018, Clement had backed off those assertions, at least somewhat. “Because of liability issues, in public interviews Clement has repeatedly insisted that his approach neither ‘cures’ nor ‘heals,’” Levinovitz writes. But after his interview with Clement at the HHI facility in Florida, Clement encouraged him to buy a documentary whose tagline is: “If you think conventional treatments cure cancer… if you think diet cannot cure cancer… Think again.” On its Cancer and Chronic Immune Diseases program’s webpage, the HHI alleges that its protocol “naturally correct[s] metabolic pathways to restore immune system regulation” and “optimal balanced physiology,” which “activate[s] a person’s own healing potential.”

In Natural: How Faith In Nature’s Goodness Leads to Harmful Fads, Unjust Laws, and Flawed Science, Levinovitz’s background in religious studies provides a useful framework for unpacking why a place like the HHI appeals to so many. In asserting that we’ve divinized nature, rendering it a source of unquestionable moral authority, he explores everything from natural birth to the nature-based metaphors employed by cryptocurrency enthusiasts. Levinovitz makes a compelling argument, particularly at a time when climate change is causing many people to turn to a concept of divinized nature for answers.

At one point, he even speaks to a leading Hippocratic scholar, who tells him that the oft-cited adage “Let food be thy medicine and medicine be thy food” supposedly comes from a text that is “almost impossible to understand.”

In my recent conversation with Levinovitz, we talked about the rise of secular anti-vaxxers, seeking guidance from divine forces, and the real cost of a $500,000 wellness upgrade. Our conversation has been edited for length and clarity.

Alex Ronan: As a professor of religion, how did you land on the subject of your book?

Alan Levinovitz: I was writing about food and started to notice that religions often draw lines about purity based on which kinds of foods you can or can’t eat. I discovered that “naturalness” was a central feature of how people who are fastidious about what they eat would justify their choices. I realized that there was actually something much larger going on, that there was a hidden theology there in which nature was replacing God in every aspect of our culture—even in really unlikely places like economic theory. 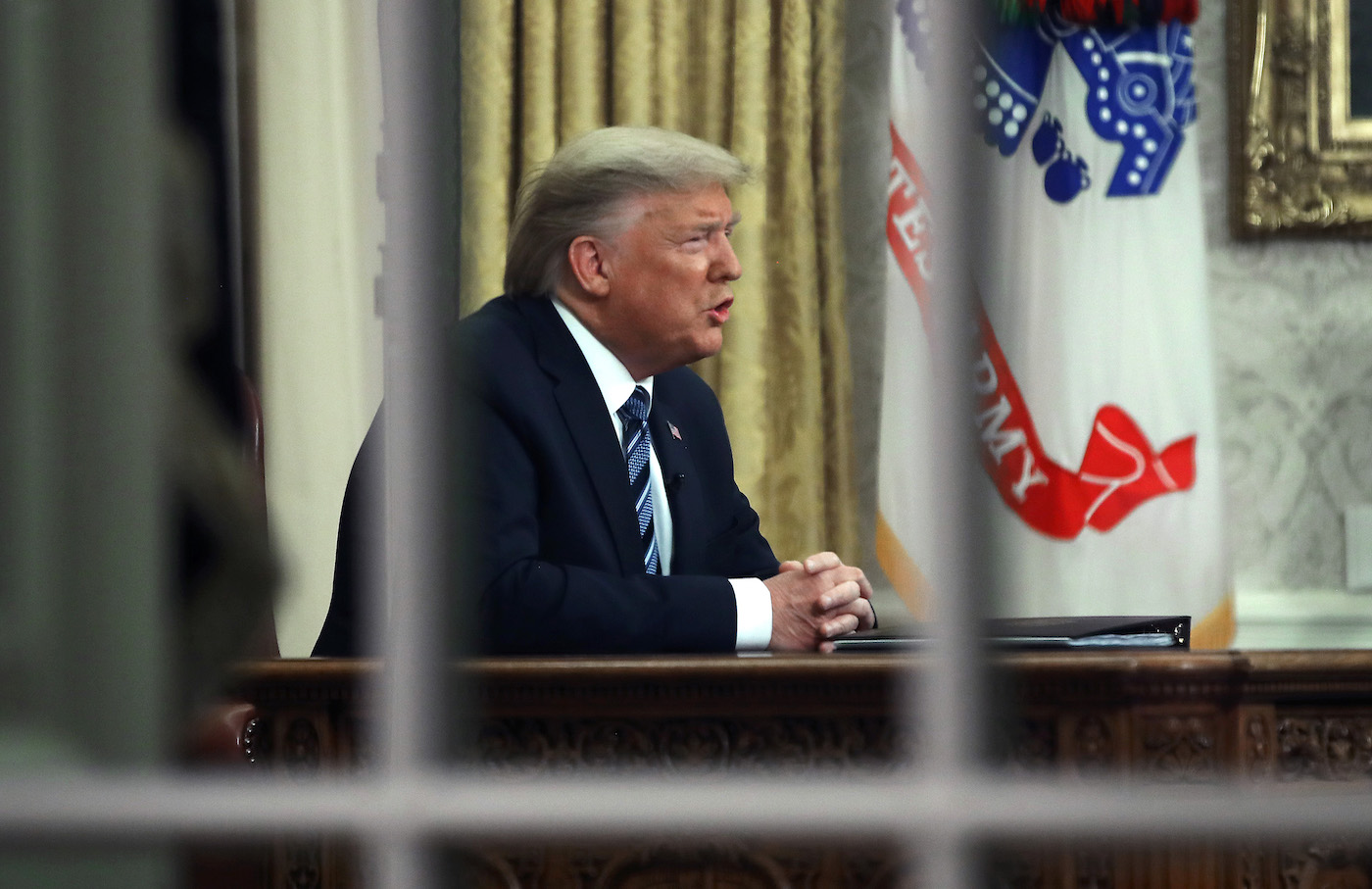 Who Gets Forgotten in a Pandemic

AR: Is it inevitable that we find some sort of mythology or divinity to guide us even in realms that are seen to be strictly secular, like economics?

AL: I really do think that we have a tendency to want to come up with simple, overarching sets of rules that can guide us in every aspect of our lives. We also have a tendency to want to trace those rules back to a single origin that is fundamentally good and fundamentally wise. And as the sphere of religious authority shrinks and we no longer look to priests and rabbis for our guidance on how to raise our children or how to organize our economies or how to be healthy, something needs to come in to fill that mythic explanatory hole that has been left. We are alienated from nature in many ways, destroying the natural world at an unprecedented rate and on a huge scale, so it makes a lot of sense to think that the antidote for these kinds of problems is as simple as being more natural.

AR: What’s the problem with deifying nature or treating nature as a barometer for goodness?

AL: There are three major problems. The first is that it gives a false sense of scientific objectivity to what might actually be reflexive disgust, cultural idiosyncrasy, or religious belief. Instead of saying “Homosexuals are sinners according to my religion,” you can substitute “Homosexuality is unnatural,” concealing the actual foundation for your position with an appeal to nature.

The second problem is that the association is almost always a function of privilege. Naive romanticization of nature can only happen when you’ve got clean running water and a hospital down the street. Likewise, the steps many people take to be more “natural” focus on practices and rituals that preserve their privilege—buy a Tesla instead of taking public transportation, eat organic meat and produce instead of changing your diet to more sustainable products.

Finally, it can create needless bias against solutions that are perceived as “unnatural,” even when those solutions can help the natural world. Lab-grown meat, GM crops, dense urban living, nuclear energy—all are potentially helpful in the fight for conservation, but many conservationists reflexively reject these ideas. The deification of nature makes it hard to believe that you could “save” nature with something unnatural.

AR: How does nostalgia fit in here?

AL: The power of nostalgia is an incredibly important factor in why people value nature. For many, nature is this archetypal Eden in which everything was perfect and sin was taking an unnatural action. So the more we eat foods that aren’t natural and live in homes that are away from nature and so on and so forth, the more distant we are from that utopia. And that’s an incredibly powerful story, not only because it gives us an easy explanation for our own suffering, but also because it gives us a simple map for getting back to a time when there was no suffering.

AR: What was it like going to the HHI and meeting Brian Clement?

AL: You can’t make this stuff up. He was so manifestly a charlatan and yet was master of the story he was telling. This natural healing clinic is incredibly irresponsible in terms of how it discusses what causes people’s diseases, in terms of the therapies that it offers. And yet I still managed to see what it was that people wanted there.

AR: I was interested in what you found lacking in our current medical system’s treatment of illness, particularly because it may inadvertently make a place like the HHI more appealing. Tell me about that.

AL: Having spoken with many people who are very sick, dealing with chronic conditions or conditions where there’s no clear way forward, I came to realize that the ambiguity about one’s illness can be as painful, certainly existentially, as the illness itself. When people seek medical care, they’re not just seeking the best intervention science has to offer. They also are looking for an explanatory framework in which to situate their own suffering. The idea that illness is a departure from nature provides that framework. It tells you why you are sick, what you can do to avoid being sick, and how to heal yourself in a simple empowering package. I am not recommending that modern medicine simply start offering people [that kind of] explanatory framework. But I am suggesting that much more attention to the existential side of illness, the disempowerment and alienation, is essential to improving our way of healing people.

AR: How do you understand the anti-vaccine movement that is rising outside of religious communities?

AL: I think the only way to understand the anti-vaccine movement is by using naturalness as the backdrop. There are a lot of people who are afraid of pharmaceutical corporations, understandably. The opioid crisis is raging around us. The way medicines are produced is frequently inscrutable to the layperson. The purest, most natural version of humanity is the baby, and the same people who seem to be in the clutches of corporations are asking you to give up your child [to be vaccinated]. With the coronavirus, there’s going to be a vaccine developed and there are going to be pockets of people who don’t want to use it. This will be extremely frustrating, but we need to understand what’s causing that [reluctance]. Again, it’s something that I think makes a lot of sense, that kind of inchoate fear of technology gone awry, mucking with the natural order of the world.

AR: So how do you reach these people?

AL: I have become much more sympathetic to anti-vaxxers—not to their position, which I believe is completely unfounded and dangerous, but to how they end up holding it. To reach them, we need to recognize they are a symptom of a medical system that, for some, is very alienating. At its worst that system feels unnatural, from the sterile white hospital halls and stainless steel to the white-robed doctor who speaks in a strange vocabulary. Many physicians and health care advocates are trying to change this, to “humanize” medicine, and I think that will go a long way to helping with vaccine skepticism.

We also need to come down much harder on pharmaceutical companies that push drugs with little benefit or with proven harm. Until our legal system holds these bad actors accountable in the way they should be, there will be people who, understandably, write off the whole “unnatural” medical system and turn to natural healing.

AR: One of the areas I feel most swayed by this divinized nature you write about is that of natural food.

AL: The problem for me is that the term means something very vague. We need to figure out what we mean when we say, “Natural foods are better.” Does it mean we want foods that we can be confident are being produced in a way that’s good for the environment? I think that’s a part of it. But we need to do the careful and difficult work of unpacking all of the different values that are bundled up in that single word. The simplicity of “natural” gets in the way of a multipronged approach to fixing the problems that the word is a response to.

AR: Let’s talk about wellness. You describe luxury condos where an additional $500,000 gets you a Deepak Chopra wellness upgrade, with “mood aligning paint colors” he’s selected to “mimic nature,” plus systems that purify water and detect pollution. You write, “When natural living is a luxury commodity, the act of making money, lots and lots of money, turns into a sacrament. The wellness upgrade doesn’t just transform your shower into a religious ritual; it transforms the work you did that paid for that shower.” I feel that this second part, transforming the act of making money, doesn’t come up as much when it comes to dissecting wellness culture.

When we think about our problems as systemic rather than individual, then these kinds of choices that function to marginalize people who can’t afford whatever version of purity we’ve come up with don’t look as important. We need to be very careful when we are talking about our ideals, whether it’s our ideal purchases or ideal way of living, to examine whether or not those are actually just a function of what is beloved by the upper classes. We don’t want to erase the importance of confronting unnatural privilege when we start romanticizing natural living.