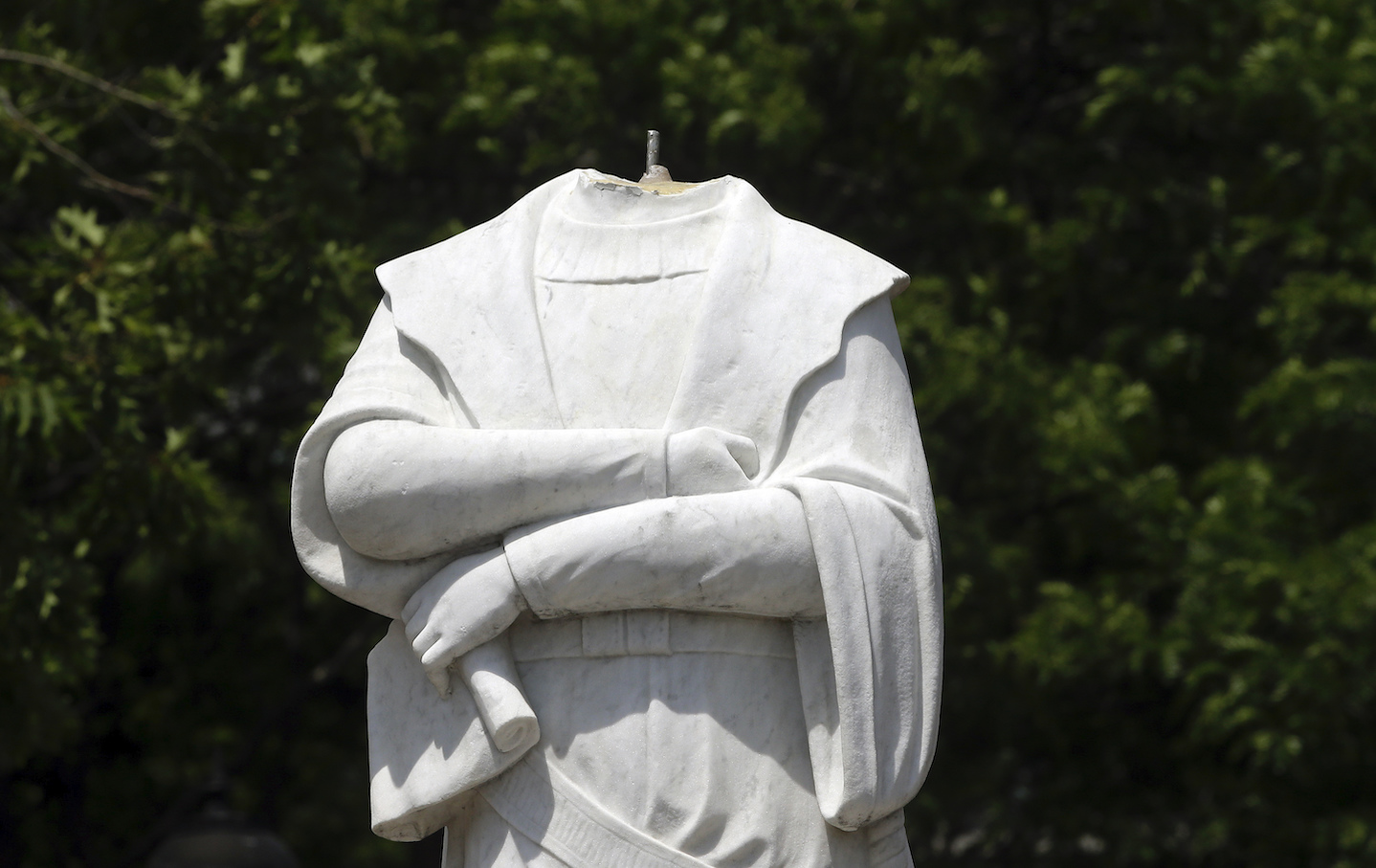 On June 9, after a week and a half of large, daily Black Lives Matter protests in New York City that began as part of a national uprising in response to the police killing of George Floyd in Minneapolis, Mayor Bill de Blasio announced that he was taking action: He would name a street in each of the five boroughs after Black Lives Matter and paint the name of the movement on those roads. The decision came days after Washington, D.C., Mayor Muriel Bowser received widespread attention for turning a section of 16th Street NW across from the White House into Black Lives Matter Plaza, with the phrase painted in 50-foot yellow letters on the pavement. Meanwhile, a short way down the National Mall, Democratic members of Congress, most of them white, showed up at the Capitol on June 8 wearing kente stoles. They knelt for eight minutes and 46 seconds—the same amount of time that Officer Derek Chauvin knelt on Floyd’s neck—before entering their chambers to introduce the Justice in Policing Act of 2020.

Politicians around the country are performing. They’re trying to show their constituents that they’re working on the problem of white supremacy in ways big and small. They’re using gestures to attempt to broadcast a message—but one that is ultimately hollow. As Shannon Keating put it recently in BuzzFeed News, it amounts to “performative absurdity from powerful people who’ve long avoided real accountability for causing or excusing Black suffering.”

Mayor de Blasio’s announcement came as he was facing enormous criticism, including from his own staffers, for his refusal to acknowledge the NYPD’s violence toward protesters (among them his daughter) and take action against the department. Mayor Bowser has been accused of using the Black Lives Matter street mural as a cover for her budget proposal that increases the money going to the police while decreasing funding for community-centered programs. And the Justice in Policing Act has been critiqued as a superficial, potentially even harmful attempt at reform rather than a reconsideration of a broken system.

Instead of doing the heavy lifting of conceiving real change, Democrats are virtue-signaling and pandering to their constituents with what they imagine to be powerful pictures. They’re trying to use gestures and symbols as a distraction from the issues at hand. And in a certain way, it’s working: The largely white media establishment has responded with a flurry of positive stories about the proliferation of Black Lives Matter murals, with some even praising their aesthetic qualities. Black activists and writers have been much more skeptical. As the writer Ijeoma Oluo said in a recent interview with Vox, “We are not dying because of lack of symbolism in this country, so question who benefits from that.”

Representation does have value, especially for members of marginalized communities who are barraged daily with the symbols and standards of white supremacy. But all too often it’s wielded by those in power as a dangling carrot. I learned this lesson in part from studying and reporting on the art world, where museums have spent decades using representation as a substitute—a “Band-Aid,” as one activist I interviewed called it—for structural change. In their exhibitions, major museums have moved beyond the confines of whiteness by giving retrospectives to groundbreaking black artists like Kerry James Marshall and organizing citywide initiatives to showcase Latin American and Latinx art. But in their governance, their staff, and their collections, art museums remain oppressively white spaces.

The people leading those institutions—who have spent the past two weeks posting generic, watery statements of solidarity with Black Lives Matter on Instagram and being roundly criticized for it—remind me of the politicians stunting with symbolic murals and fabrics. Both use big, visible gestures of “diversity” as a sleight of hand to obscure the fact that they haven’t done much to rethink or restructure the system of white supremacy at all. “We have a reliance in this country on asymmetrical displays that allow us to dwell in, and never penetrate beyond, the level of the cultural,” Doreen St. Félix wrote in a piece on the kente stole debacle in The New Yorker. Optics are not politics.

At the same time that our leaders continue to flail, we are witnessing, in real time, a hugely important battle being fought on the level of the cultural over the kinds of images, symbols, and aesthetic choices that represent us as a nation. And stunningly, after centuries of frustration and dead ends, the people on the ground are winning. 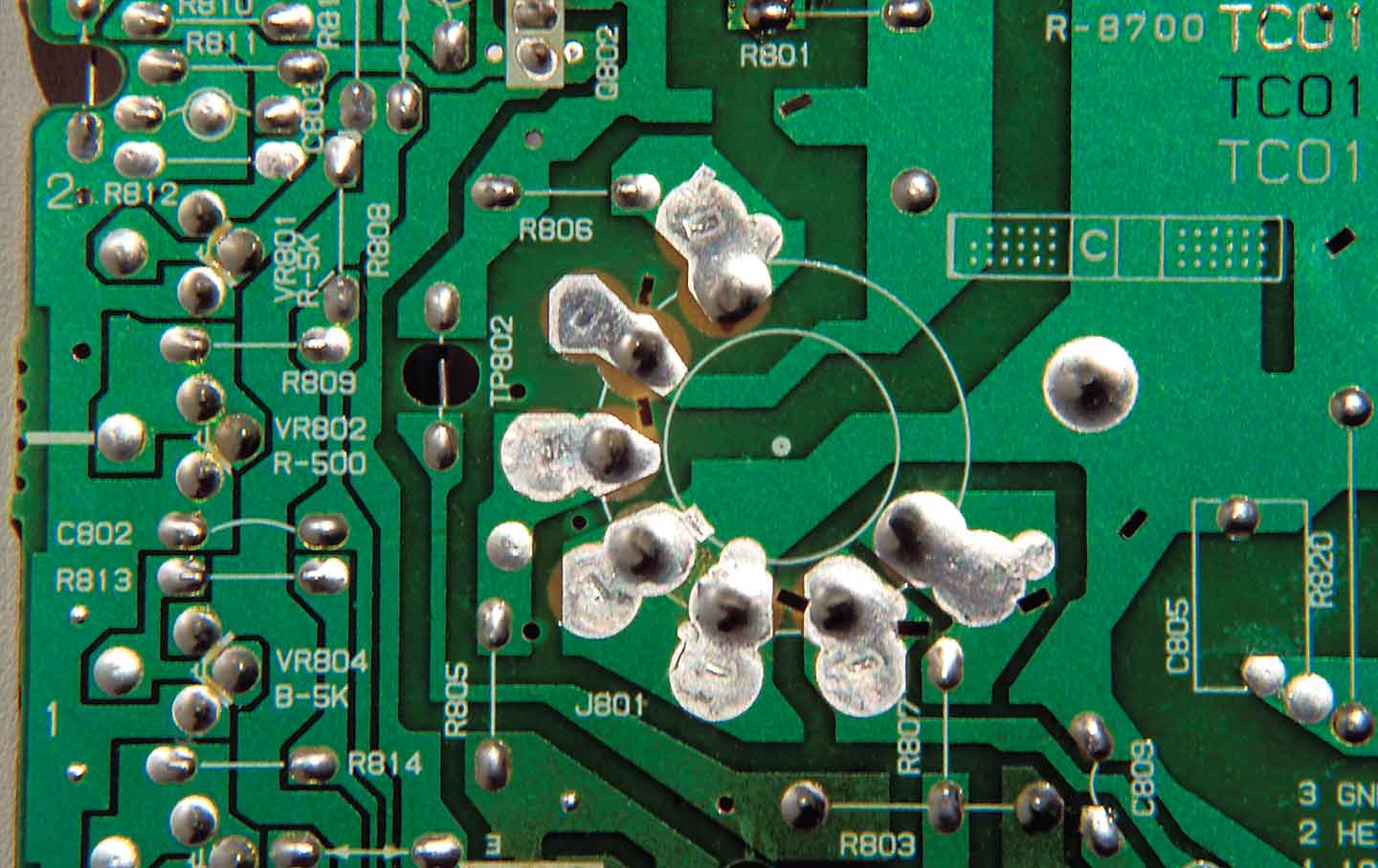 The Racist Roots of New Technology

Around the country and the world, monuments to colonial and racist leaders are falling at an astonishing rate. The current wave seems to have been kicked off in Bristol, England, two weeks ago, when Black Lives Matter protesters pulled down a statue of the 17th century slave trader Edward Colston, knelt on its neck for eight minutes, and then dumped it in the harbor. (The city council has since had it retrieved from the water.) In Saint Paul, Minn., members of the American Indian Movement toppled a statue of Christopher Columbus and then sang and danced over it. Their approach was more holistic than the one in Boston, where a statue of Columbus was cleanly beheaded.

These are only a few examples of the many insurrections in the public cultural landscape that seem to be spreading like wildfire, generating historic images as they go. There’s an affective impact in seeing such prominent symbols of white supremacy marred, broken, toppled, or otherwise reclaimed. Such encounters expand our sense of what is possible. Aesthetics and images, in these instances, can help fuel the political imagination.

Of course, this is not the first time that people have pulled down statues; we witnessed a previous wave in the United States just three years ago, following the Unite the Right rally in Charlottesville, Va. But something about this moment feels different—the speed, perhaps, as well as the scope of the movement, signaled by the toppling of not just Confederate monuments, which are painfully obvious icons to white supremacy, but also the likenesses of historical figures such as Columbus and George Washington, whose racism has long been given a pass by mainstream society because they’re foundational to the myth of America. (In Belgium, they’re dismantling statues of King Leopold II, who reigned for 44 years and committed horrific atrocities while colonizing what’s now known as the Democratic Republic of the Congo.) There’s the cautious sense that, in combination with the steady protests for more than two weeks (and counting) in towns large and small, as well as a public opinion poll that shows a sweeping increase in support for Black Lives Matter, we may have reached some kind of inflection point.

As in 2017, the DIY dismantling has sparked so much momentum that politicians and institutions are scrambling to catch up. In Richmond, Va., people covered the base of the monument to Confederate leader Robert E. Lee in graffiti and projected “Black Lives Matter” and Floyd’s face onto it; soon after, the governor of Virginia announced that it would be dismantled. (A judge has since halted that plan, but in the meantime, locals have turned it into a photo backdrop and celebratory town square.)  In New York City, the news broke yesterday that a statue of Theodore Roosevelt outside the American Museum of Natural History that shows him flanked by a pair of Native American and black figures will finally come down, at the institution’s request—just two and a half years after a city commission on monuments decided it should stay. A bipartisan group of lawmakers has begun discussions about changing the Mississippi state flag, which still features a Confederate battle emblem. In all these cases, the symbols in question have been the subjects of debate for years, but leaders either defended them under the guise of “preserving history” or were unwilling to use their power to fight for change. (And notably, some politicians are still doubling down on maintaining the presence of this hateful heritage.)

Indeed, when it comes to aesthetic gestures, power determines the impact. Protesters can’t order monuments taken down—in fact, residents of Bristol had been trying for years to have the Colston statue removed through official channels. So they defy the law and do it themselves. They create their own authority. Politicians, on the other hand, make the law. They can remove monuments if they want to (or at least attempt it with all available means) and use such actions as one of many steps toward racial justice. They can propose defunding the police or ending the use of private prisons by the governments they lead. Or they can use their power to uphold the status quo while decorating the streets with slogans.

Monuments, statues, flags, and symbols are an important part of how we understand our national histories and project our values, not to mention how we shape the physical landscape. They can champion oppression or broadcast liberation, reinforce racist policies or reckon with the violence of the past. Is it inspiring to have “Black Lives Matter” written in huge, defiant letters in front of a White House occupied by a racist president? Yes. Is our cultural landscape less oppressive and more honest without Confederate and colonial monuments towering over our streets? Unquestionably. But will these changes undo the white supremacy on which this country is built? No.

We should celebrate the way that the people are rising up and forcing a profound shift in how public visual culture is used to shape and codify national stories. But we should also be wary and demand more from leaders who offer performative gestures in place of meaningful action. A week ago, for example, the Twitter account @YesYoureRacist noted that Charlotte, N.C., had commissioned a massive Black Lives Matter mural on one of its streets at the same time that its city council was passing a budget that gives roughly $290 million (40 percent of the city’s general fund) to the police. Aesthetic changes aren’t—and never will be—enough. White supremacy has withstood much more than statues and paintings.