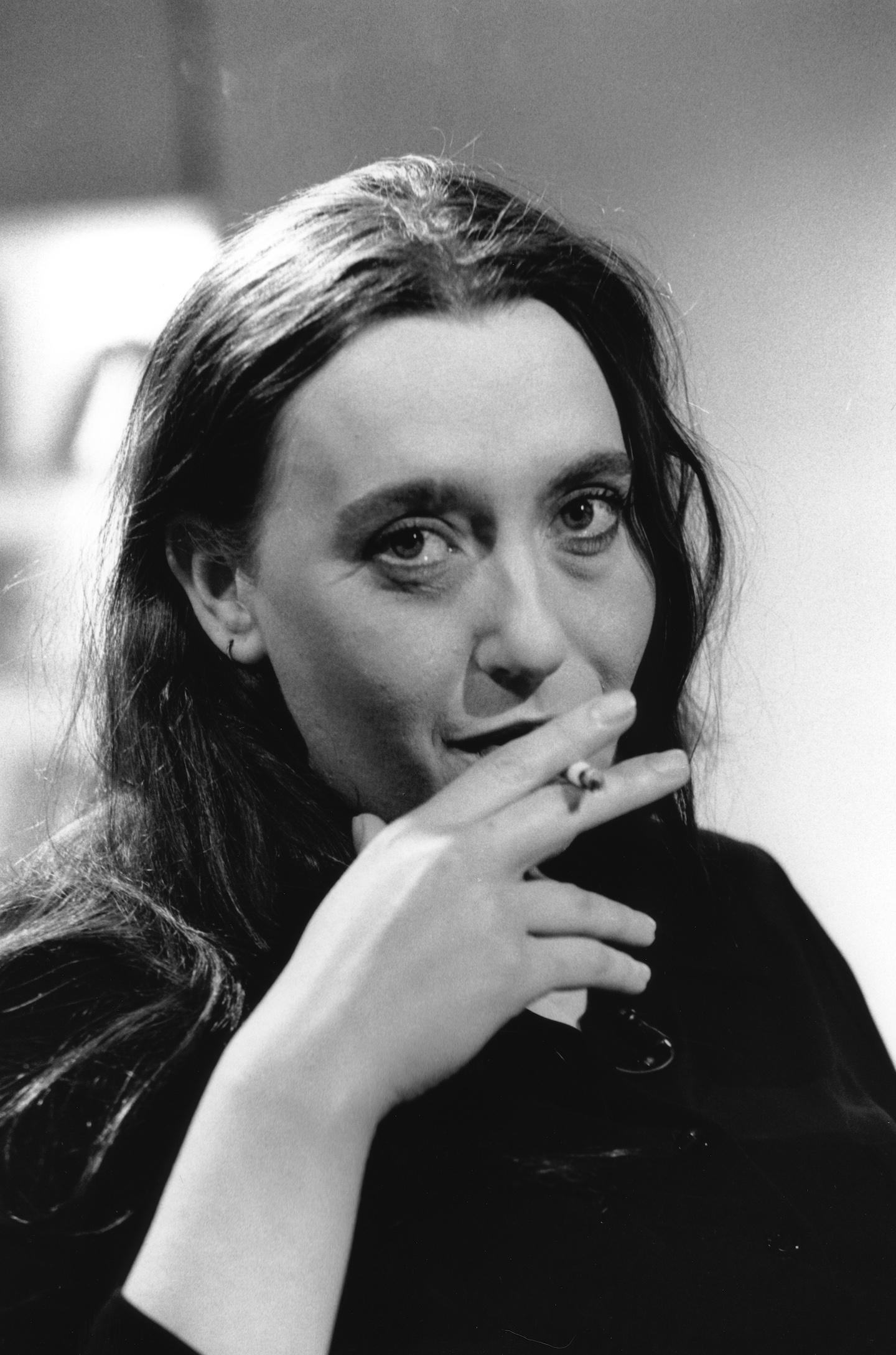 In 2006, Virginie Despentes published a manifesto called King Kong Theory, an origin story that begins with her rape and the shame it caused. She writes: “The moment you call your rape a rape, the whole surveillance system roars into life: Do you really want people to know what happened to you?” Despentes’s skepticism toward disclosure comes from her own experience, as a former sex worker turned prominent writer, that trauma could become unmoored from its specific context and commodifed by prurient attention. Her reckoning with the public and private aspects of both fame and violence feels almost prescient now, in the shadow of the #MeToo movement, which marked a shift in what could be said about rape and assault in the public sphere. And while the initial wave of anger that the movement incited felt reparative, it was, like Despentes’s own experience, also co-opted and misrepresented.

Questions of power and consent were adjudicated mostly in the narrow scope of the workplace. Yet, as writers like Jacqueline Rose have pointed out, #MeToo failed to address a more widespread experience of sexual violence, one that is more diffuse than what can be litigated in a white-collar office, let alone in Hollywood. Somewhere along the way, we lost the plot; after #MeToo, our language around violence took on the sheen of HR obfuscation. The residual dribbles of the movement left something vital behind: the injustice of rape—that it happens all the time, all over the world, and is a universal historical event to be reckoned with.

King Kong Theory, reissued this year in a new translation from the French by Frank Wynne, replaces exasperation with renewed clarity. Rape, Despentes writes, is a part of culture going back to the biblical era, but it is also the “skeletal frame” of capitalism. It is the indignity of her own rape that starts off the story, an event that manifests itself in all her work. She was already famous in France for her novel Baise-Moi (Fuck Me) and later for directing its controversial film adaptation, though she had not yet risen to international acclaim with the Vernon Subutex trilogy. Anger is her material as an artist: “It is a foundation stone. Of who I am as a writer, as a woman who is no longer quite a woman.”

King Kong Theory is dedicated to women like her, “a loser in the femininity contest,” and to “the feminine underclass,” the ugly girls who “don’t make the grade.” These are the women who lose out when it comes to the economic and social safety nets, and in the “femininity contest” that keeps the nuclear family—and, in turn, capitalism—running. Despentes is not interested in a reformed workplace, because the workplace itself is the problem. Capitalism, she proclaims, entraps everyone. But the winners are set up to fail too: “It’s never seemed particularly obvious to me that hot girls are having such a great time,” she writes in the introduction. The book’s devotion to the losers anoints them as a crucial and important political subject. Through the ugly and the downtrodden, Despentes reveals a higher truth: Everyone loses, because capitalism fucks us all.

Does this argument sound simplistic? It can be. It’s a manifesto, after all, and should be read more for its affect (specifically, the anger that propels the text) rather than its nuances. Despentes inevitably takes some wrong turns. Like Mary Wollstonecraft (cited in this book), who compared white women’s inequality with men to the chains of slavery, Despentes makes a similar comparison of women beholden to men in marriage (in the nuclear family, “we are all enslaved, robbed of our sexualities, policed, normalized”). The censorship of the female body is compared to “borders on a map of Africa: taking no account of the realities of the topography, only the interests of the occupying powers.” By crediting the feminists who have shaped her along the way, Despentes implicates herself in the colonial language that has in turn shaped white feminism. She makes blasé and offensive references to identity politics, writing: “Even the most batshit-crazy guy in hip-hop isn’t treated as badly as a woman.” None of these statements would pass muster now (not that they should have in 2006), but this book is a relic of its time. It’s a weak spot that’s impossible to ignore, but the central premise she offers remains alluring: the potential of rage as a unifying force.

Despentes takes us on her journey, first as a young girl born in 1969 in Nancy, struggling to fit into the fold, not driven enough to climb the ranks of the meritocracy and not “feminine” enough to win the game of domesticity (hence a “loser”). She goes in and out of sex work as a means of earning money and as a way to reclaim agency after her rape at 17. Then, one day, she reads an interview with Camille Paglia in Spin that changes her life. Rape, Paglia says, is simply a crime that happens to women if they want to venture outside—a cruel yet ordinary crime that independent women face every day. The trauma of rape, Despentes argues, is so severe because it occurs within a society that marks and ultimately punishes women for the violence done to them, not because of the act itself. Here begins Despentes’s thesis that, for the victim, the hostility of a puritanical society is as much to blame as the perpetrator himself. Her anger finds an outlet in writing. She publishes her first novel, Baise-Moi, directs its subsequent film adaptation, and becomes Virginie Despentes.

Baise-Moi, a graphic fantasy of two women seeking violent revenge against rapists, was initially met with hostility. But success as a writer and a woman—particularly one who writes about sex and trauma—is a double-edged sword, attracting the ire of critics and readers alike. There are many people, Despentes tells us in the book, rooting for her failure. The ensuing vitriol directed at her for being a woman in public, and the aggravation she feels in turn, is visceral. She comes to think of herself as a target because she has created work that explores the afterlife of rape. But this was a choice, too, and as she writes in the introduction, “being Virginie Despentes seems to me a more interesting gig than anything else out there.”

Suddenly, the things that made her a loser—her decision to opt out of the traditional economy, her transgressive art—begin to compel a wide readership. She becomes a model of success, a divisive genius. But, despite this unexpected success, she’s still losing, and with her face attached to her work, the backlash Despentes incites seems almost vindictive. A writer for Elle calls her work “sniveling”; another observer criticizes her for her crudeness. She looks back on her time as a sex worker nostalgically and compares her past life with her current one—both in professions on the outskirts of society. It’s a provocative, if clichéd, comparison:

There is a genuine connection between writing and prostitution. Emancipating yourself, doing that which isn’t done, opening up your private self, laying yourself open to the judgment of others, accepting exclusion from the group. More importantly, as a woman: becoming a public woman. Being read by anyone and everyone, talking about things that should remain secret, being exposed in the newspapers.

As a creative personality whose work is lodged in the French public’s consciousness, Despentes is judged first as a woman and then as a writer. Male writers who live public lives, she argues, are allowed to hide behind their work, while their female counterparts are judged solely on the basis of their femininity. The scrutiny of the public, she contends, is just as violent and shame-inducing as any of the sexual and emotional traumas she has experienced. The only difference is that now she is a member of the traditional economy. It’s a blessing as well as a curse, but fame is nonetheless isolating.

Despentes consults healers, therapists, and gurus, all seemingly familiar with her work, who tell her that she needs to come to terms with her femininity. More than anything, she’s marked by her own writing as a public figure submerged in taboos. The argument leading up to this is slippery, as she shifts her focus from private to public life, from the bedroom to the screen, from her own experience to the lives of other sex workers. Pornography, she writes, is an intrinsic part of sexual desire in the modern age. How that desire is embodied by young women in their public lives is, to her, a burden that is reflected not just socially but also on the level of the economy: “Society makes sure she pays a heavy price for straying from the straight and narrow.” Misogyny becomes its own kind of class warfare.

If the jumps in Despentes’s arguments seem messy, it’s because she’s preoccupied with imprints, faces, the visual representations of misogyny that flow in and out of the book, as if she’s projecting her thoughts for us onto a phantom screen. Sex is depicted everywhere: in advertisements, flashback footage of the crowds of women at Beatles concerts (one of the first visual representations of female sexual desire, she claims), Paris Hilton’s sex tape, her own face in television interviews, even the film named after her book.

In using her own life as a model, Despentes offers an impassioned if contradictory and flawed theory on the intersection of writing, sex, and publicity. She writes in the first person in the hope that one may glean an understanding of the larger struggle afoot: “Feminism is a revolution, not a new restructuring of marketing guidelines,” she declares. It’s a collective venture for all genders; it empowers everybody, and it blows up the charade of capitalism, of the nuclear family, of the power structures in the workplace and society—everything.

The King Kong girl, appearing toward the end of the book, is presented to readers as part of a dichotomy comprising the blond damsel in distress (Naomi Watts), whom Despentes nicknames “Beauty”—a burlesque performer at the sunset of vaudeville and the onset of the film era in Peter Jackson’s 2005 remake—and the titular beast. Though Despentes tells us she identifies more with “King Kong than Kate Moss,” and though her image of womanhood is grim and grisly, she knows she incarnates both sides of this dichotomy. In the film, the damsel is lured onto a ship that takes her to Skull Island and, upon her arrival, is offered up as food to King Kong. But the beast doesn’t eat her; instead, the two form a close, “asexual” (as Despentes categorizes it) bond. King Kong “has no prick, no balls, no tits,” signifying, Despentes claims, a time before the enforced binary of sexuality and gender in the 19th century. “Beauty and the beast tame and protect each other, they are affectionate and gentle with each other.” In Despentes’s reading, no one needs rescuing, but a man comes to the island to rescue the woman anyway, and she is forced to return to the world of men, where King Kong is shackled and then killed. It’s the death of a different kind of womanhood. But what if damsel and beast could have lived in harmony, together?