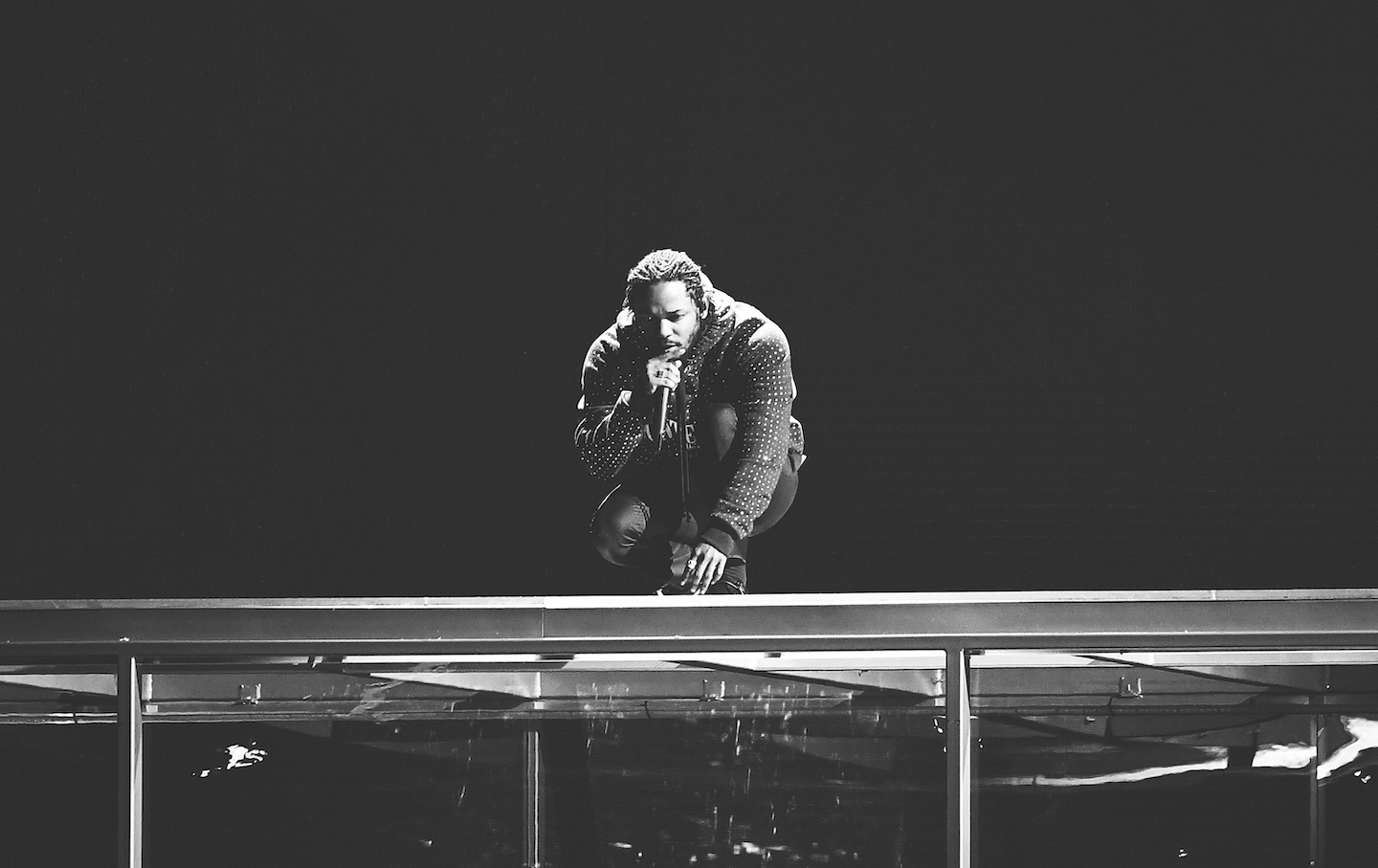 When Kendrick Lamar was 5, he saw a teenage drug dealer gunned down in front of his apartment building. “A guy was out there serving his narcotics and somebody rolled up with a shotgun and blew his chest out,” he once told NPR. “It [did] something to me right then and there. It let me know that this is not only something that I’m looking at, but it’s something that maybe I have to get used to.” Then, at the age of 8, Kendrick was walking home from Ronald E. McNair Elementary School, past the Tam’s Burgers on Rosecrans Avenue, when he saw a man get shot and killed in the drive-through as he ordered his food. As a child, he toed a fine line between morality and street shit. Too many wrong moves, and Kendrick—the same guy whose music has traveled the globe several times over—would not have made it out of his hometown of Compton, Calif. Although one could say in retrospect that Kendrick’s ascension was ordained, he also needed some luck, a ton of goodwill, and a lot of support from family and friends to pull through.

Kendrick needed a friend like Matt Jeezy, whom he met in the third or fourth grade as a fellow student at McNair Elementary. They lived in the same neighborhood and played basketball with other young kids. Eventually, some of those same friends would kill each other due to their respective gang affiliations. But Jeezy and Kendrick weren’t thinking red or blue; they simply wanted to have fun playing games they both loved. They weren’t gangsters at all, just naturally affable children who knew everyone around the way. “Me and Kendrick used to get picked on because we weren’t big bad gangstas,” Jeezy recalls. “We hung out with them, we associated ourselves with them, but they knew we weren’t gangbanging or anything like that. The girls would pick on us, the fellas would pick on us, but that was part of the territory of living in Compton and growing up around gang culture.”

This is an excerpt adapted from The Butterfly Effect: How Kendrick Lamar Ignited the Soul of Black America (Atria Books)

In places like Compton (and most inner cities, for that matter), civil rights leaders don’t live beyond the pages of old history books. They’re contained to paper and speeches on YouTube, making it tough to see the impact they made all those years ago. We see the names Malcolm and Martin scribbled on chalkboards, but most Black children don’t grow up knowing them. Jeezy and Kendrick knew the people in their community; they saw them every day, and gang culture was the most visible sign of power in the neighborhood. It was a different kind of influence, equally based in fear and admiration. Gangbangers had unwavering respect, and to make it in Compton was to somehow navigate the culture without being entranced by it. Kendrick’s parents did their best to protect him from the streets; his father was a gang member in Chicago. That kept him pure, but he needed another outlet to express his innermost convictions.

Kendrick was introduced to creative writing as a seventh-grader at Vanguard Learning Center, where he met Regis Inge, an English teacher who brought poetry into the curriculum. Tensions were especially high in the school: A gang war had broken out between Blacks and Latinos in a county jail, and those ill feelings made their way to the streets of Compton, then to the Unified School District. The friction seemed to intensify overnight; one day, the students were cordial with one another, then they weren’t interacting at all.

Inge introduced poetry as a way to deescalate the intensity. As he saw it, if the kids wrote their frustration, they wouldn’t need to express it through physical violence. They were dealing with heavy issues at home, not just gang tension. Some of them were food insecure or had problems with self-esteem. Others trekked to school just minutes after law enforcement stampeded their homes and arrested family members. “Poetry was a way for them to write their emotions down so they wouldn’t come to school so angry,” Inge recalls. “They’d be ready to fight at 7:30 in the morning.”

Still, the poetry lesson wasn’t an easy sell for the neighborhood boys, who assumed the balladry was all about fluttering hearts and red roses. They weren’t comfortable expressing feelings of love, so Inge connected poetry with hip-hop and let the students know that it isn’t always so cloying, that their favorite rappers were simply talking about their lives by putting poetry to music. The kids had a breakthrough: Black, brown, red, and blue no longer mattered in the classroom; they started seeing each other as humans and not just rivals. “It broke the color lines down,” Inge says. “Hearing poetry from a person of another race helped the students realize that they aren’t so different.” These weren’t just poetry lessons; they taught students how to survive the turbulence of their lives. The class had a profound impact on Kendrick, who in middle school was incredibly shy with a noticeable stutter that arose when he got excited.

Kendrick was a solid student who earned good grades and put his all into creative writing. Finally, he had an avenue to unpack his feelings—and Inge would play a major role in his intellectual growth. Kendrick had to work hard to perfect his craft, and Inge wasn’t easy on him. When Kendrick submitted his work, Inge would often send it back with visible prompts for the budding poet to dig deeper. Prosaic language wouldn’t cut it; the young man needed to strengthen his lexicon before his prose could truly shine. “I would always circle something and say, ‘Kendrick, change this, move this right here,’” Inge says.

Not one to be defeated by hard work, Kendrick took it as motivation to improve. He didn’t just want to get by; he wanted to be the best, and that meant tapping into a level of focus he hadn’t before. It meant pouring everything into his creative being and doing what he could to protect it. If he forgot to do his poetry assignment at home, he’d get to school early and finish it there. Kendrick became obsessed with the written word, scribbling rap lyrics on notebook paper instead of finishing assignments for other classes. The lyrics were profane—all “‘eff you’ and ‘d-i-c-k,’” his mother reportedly said—but that was Kendrick mining the seedy aspects of his upbringing to arrive at something more positive. “He was rapping about things he wasn’t supposed to rap about,” Jeezy says. “He was rapping about what he knew at the time—and that was drugs, gangbanging, and the streets. As we got older and started maturing, I saw him take the craft more seriously.” 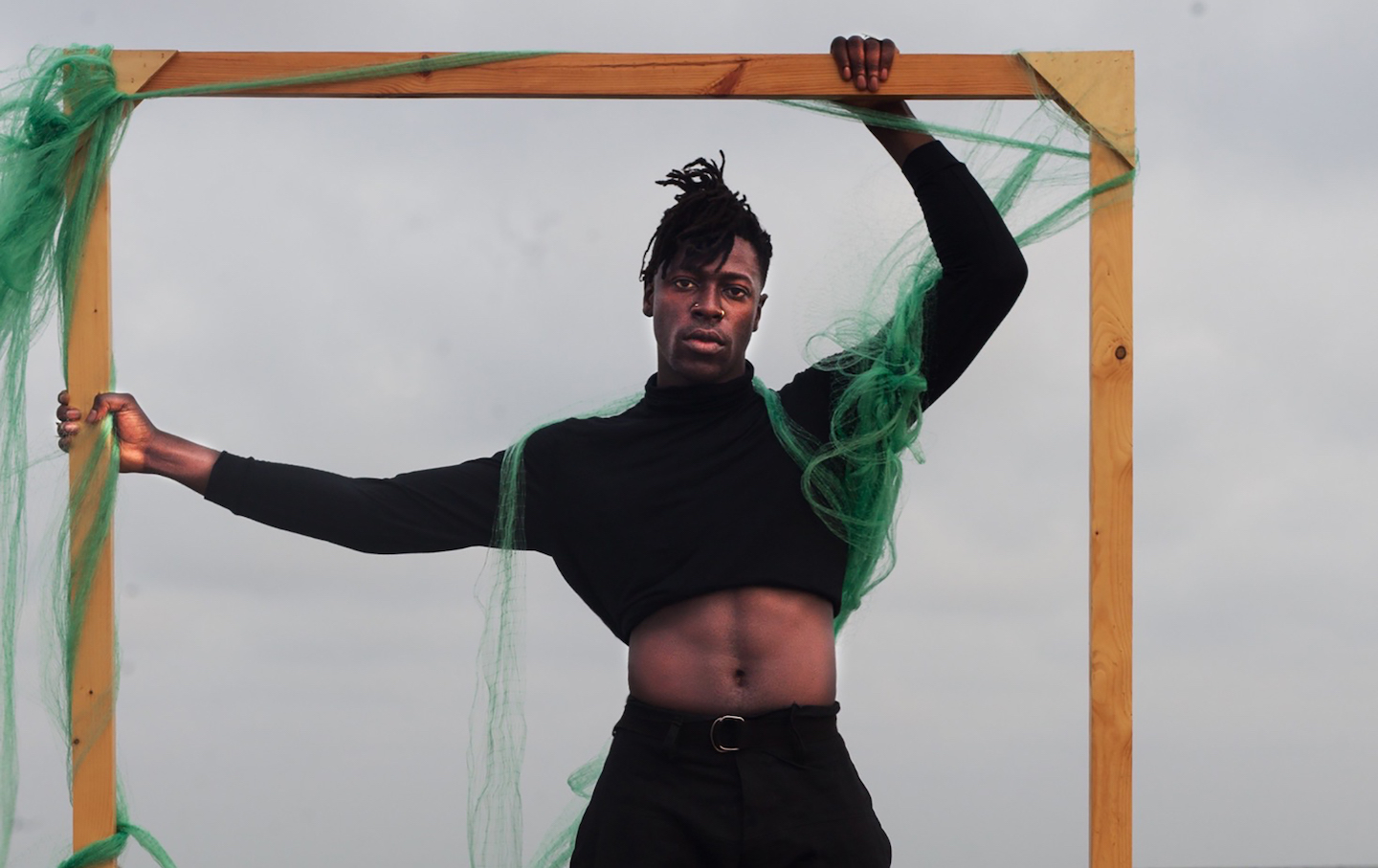 The poems Kendrick wrote about the changes he went through as an adolescent helped him navigate the social dynamics of his neighborhood. His understanding of the world grew exponentially as he began to study other cultures—those within and outside Compton—and compare their experiences with his own to strengthen his art. Kendrick stopped writing to make others feel comfortable; instead, he chose to elevate his thinking and make people catch up to him.

By the time Kendrick was in high school, his career path was set. He was going to be a rapper, and nothing could make him veer off the course. On one day in particular, Jeezy and Kendrick were walking home from Centennial High School when the budding MC just couldn’t stop rapping. He started coming up with rhymes off the top of his head, and he didn’t stop until four or five blocks later, when he and Jeezy were close to their respective homes. “It was about twenty minutes’ worth of rapping,” Jeezy remembers. At that moment, his friend knew that Kendrick had what it took to be a star. All he needed to do was stay away from the pitfalls of street life. “I was like, ‘Damn, Kendrick, bro, if you just stay out of jail and stay alive, you’re gonna make it.’ The words that literally came out of my mouth were ‘Don’t go to jail. Don’t die.’”

And it wasn’t as if Kendrick didn’t grapple with his own challenges: At age 16, he started running with the wrong crowd—partying and drinking. It was really just kid shit, the same thing teenagers had done for generations. But given Kendrick’s neighborhood and family history, his behavior foreshadowed a possible life of crime and gang affiliation. His father, Kenny, wasn’t having it; he’d come too far to watch his son fall victim to the same habits. “My father said, ‘I don’t want you to be like me,’” Kendrick told Spin in 2012. “He said, ‘Things I have done, mistakes I’ve made, I never want you to make those mistakes. You can wind up out on the corner.’ He knew by the company I [kept] what I was gettin’ into. Out of respect, I really just gathered myself together.” Kendrick adored his father and his caring, no-nonsense attitude; the two shared a love of Tupac and gangsta rap. Kenny let him experience triumph and tragedy and was there with real talk when Kendrick lost his way. He playfully coined his dad’s advice as “intelligent ignorance.” Of course, Kenny wasn’t impeccable—he was a flawed human like the rest of us—but he had a good heart and truly wanted to do right by people.

Having supporters like Kenny, Matt Jeezy, and Regis Inge helped Kendrick. They saw a light in the young man and helped him nurture it, even if it took the young poet a little while to fully embrace his truth. “Thinking back to when we were walking home from Centennial that one day,” Jeezy wistfully recalls. “Look at him now, man. Look at him now.”