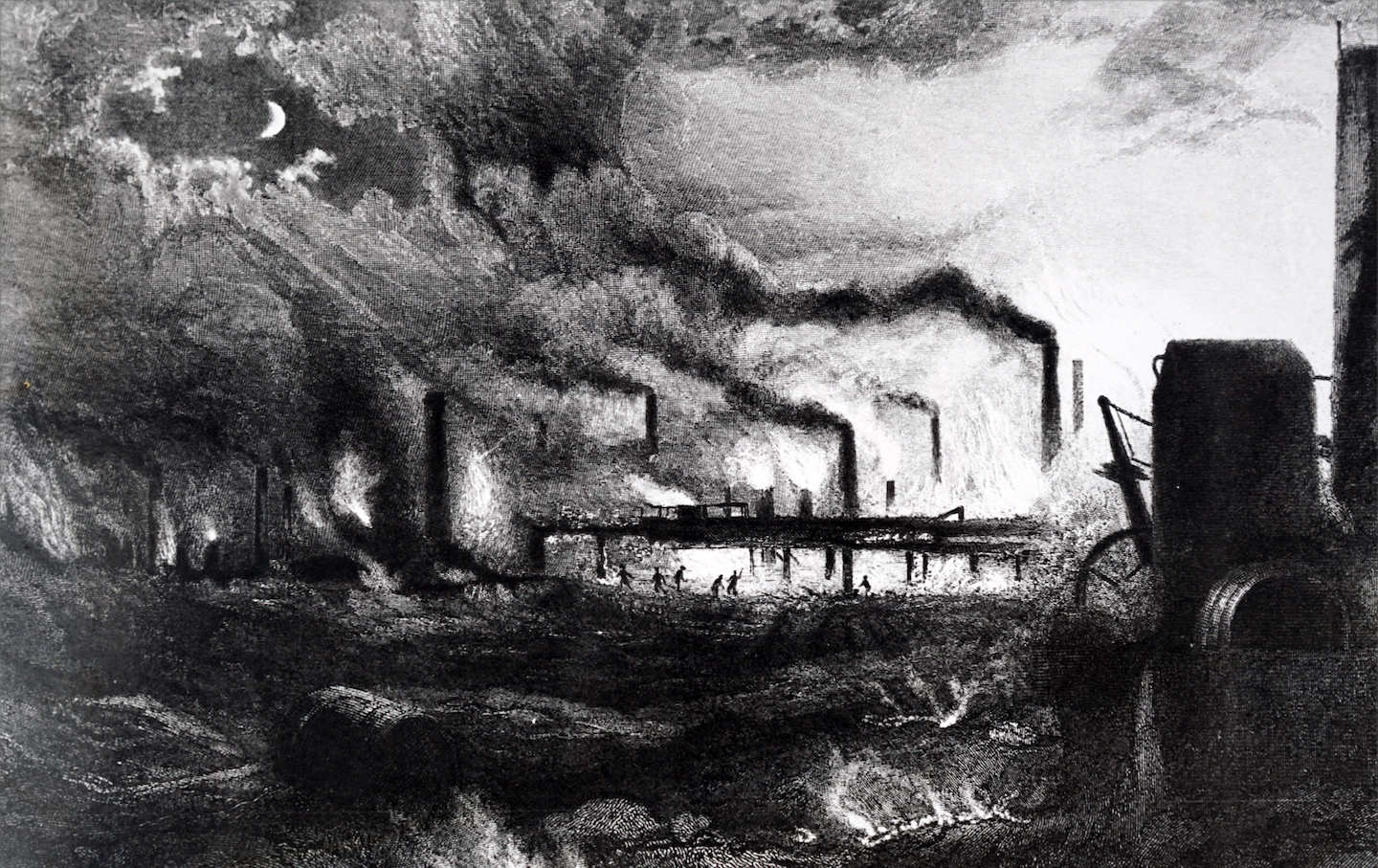 “The Way the End of Days Should Be,” a story from Diane Cook’s 2014 collection Man V. Nature, takes place in a flooded world. The story’s unnamed narrator defends their home from desperate strangers with the help of a man named Gary. The narrator’s neighbor, meanwhile, houses every newcomer who washes up on his porch—he welcomes so many people, in fact, that his house begins to deteriorate. No matter how bad things get for the neighbor and the refugees living in his house, the narrator refuses to change their isolationist ways. Eventually, Gary abandons the narrator to help the neighbor, and the narrator reacts by suspecting Gary and the neighbor of conspiring against him. We leave the narrator lingering near their front door, a knife in each hand, waiting to defend his home from a siege that may never come.

This story is a piece of climate change fiction (or “CliFI”), sure. But it’s also a parable, a morality tale about the decisions one must make when living in the midst of the apocalypse. Do you empathize with the survivalist narrator or his selfless neighbor? How would you act if your neighborhood flooded tomorrow?

Diane Cook centers her stories around moral conundrums like this one. As Man V. Nature’s title suggests, Cook forces readers to question the limits of their humanity in the face of extreme circumstances—supernatural, environmental, futuristic, or a combination of the three.

Cook’s debut novel, The New Wilderness, towers above the stories in her collection. It takes on a future Earth so polluted that people are struggling to survive in urban society (referred to simply as “the City”). A group of the most vulnerable citizens retreat to an area known as “the Wilderness” to live in a nomadic hunter-gatherer place called “the Community.” Our protagonist, Bea, decides to join the Community because her daughter Agnes is sick: If she and Agnes don’t leave the City for the Wilderness, Agnes’s death is all but assured.

The emotional core of the novel—and its true source of brilliance—lies in the relationship between Bea and Agnes, the most intricate and morally arresting relationship Cook has conjured to date. Bea has joined the Community to save her daughter’s life, and yet Bea has entered into an existence full of cultish polyamory, grisly hunting expeditions, the consumption of raw meat, insects, and rodents, not to mention maiming and death. When Bea can’t bear life in the Community any longer and abandons Agnes to return to the City, Cook switches from Bea’s perspective to that of Agnes, and in doing so forces us to challenge our conception of Bea from the viewpoint of the daughter she abandoned. Agnes dismisses her “mean mother who had run away. The meanest of them all. Perhaps she’d never been anything but a mean mother and every kiss had been cruel, meant to eventually cause pain with its absence.” In presenting both sides of the situation, Cook asks: How can we morally balance the initial sacrifice with the later abandonment? How much are we willing to justify such a reprehensible action, considering the brutality of life in the Wilderness to which Bea was exposed?

Things only get more complicated after Bea returns to the Community and attempts to get back into her daughter’s good graces. “Agnes hated that her mind would not let her curl back into her mother. Would not let her run to her without a care or worry or resentment. Would not let her forget that cloud of dust her mother had disappeared into…. She fell asleep to the exhalation of her mother’s spent breath, and to the urgency of her own thrumming heart.” The relationship between mother and daughter continues to oscillate between caring and rejection, love and hate, as Agnes matures and becomes a woman in her own right, falls in love, and begins to contemplate becoming a mother herself, a process that throws her understanding of her mother’s actions into a new light entirely.

The Community’s social dynamics place a similar strain on our beliefs. Carl, the Community’s self-serving philosopher-king, makes unilateral decisions until the group encounters a gaggle of “Newcomers,” who insist upon resolving issues by vote. Just like that, the Community evolves from a monarchy into a democracy, a change that causes more problems than it solves as the majority begin to become tyrannical. If you strip away its apocalyptic backdrop, the novel presents fresh commentary about group-think, human psychology, and governance. By the end of it, the situation makes you wonder if democracy will be the most effective way to survive the apocalypse.

Cook undergirds these human dynamics with bewildering, otherworldly terrains. At the outset of the novel, when the Community as a group are crossing a river, they witness “a loose log, stripped naked of its bark and limbs, bobb[ing] and roll[ing] past even though the nearby landscape was treeless.” Later on, Agnes’s friend Celeste “peel[s] back the moss in one wet green sheet and reveal[s] a notch in the rock. From the notch, a neon-pink glow spread[s] like sunburst.” And when the Community subsequently travel to the top of a caldera, “[a]round a bend the lakes emerged. One black and one blue. The closer they got, the more the black one evolved into a deep murky green and the blue one became white like the clouded sky above it.” Diane Cook makes the Wilderness feel as real, and surreal, as if you were living in it yourself. In concert with the sharp rendering of social relations, Cook makes the appeal of climate fiction apparent: Novels like hers can help us more deeply understand the estrangement and horror produced by each extreme weather pattern or mass extinction event we read about in the news.

In his 2016 book The Great Derangement: Climate Change and the Unthinkable, Amitav Ghosh decries the ghettoization of climate change as a subject within the landscape of fiction: “It could even be said that fiction that deals with climate change is almost by definition not of the kind that is taken seriously by literary journals,” Ghosh writes. “The mere mention of the subject is often enough to relegate a novel or a short story to the genre of science fiction.”

Ghosh is right, but with some caveats. Many well-regarded English-language writers of literary fiction have tried their hand at CliFi. J.G. Ballard’s first three novels—The Wind From Nowhere, The Drowned World, and The Burned World—envision three different settings affected by three different climate change apocalypses. T.C. Boyle’s A Friend of the Earth is set in a 2025 world in which the biosphere has collapsed. Ian McEwan turned to climate change as the backdrop for his 2010 novel Solar.

None of the novels mentioned above are considered canonic novels in the careers of their authors. As Ghosh would argue, they have been consigned to the category of CliFi merely because of their subject matter, and aren’t ever compared to Ballard’s High Rise, Boyle’s The Tortilla Curtain, or McEwan’s Atonement.

But this is changing now. Critics consider Weather, Jenny Offill’s fragmented rumination on climate change, to be one of the best works of English-language fiction published this year. John Lanchester’s climate change parable The Wall was heralded as a timely work last year. And Diane Cook has found herself on this year’s Booker Prize short list.

What has precipitated CliFi’s acceptance by the mainstream literary establishment? Open a newspaper. Turn on the TV. Climate change is no longer a phenomenon for science fiction writers alone to envision. We are living in a climate-changed world. The City in Diane Cook’s novel could be New Delhi or Lahore or Miami. Climate change fiction isn’t a speculative genre anymore—it is quickly becoming its own form of literary realism.

Well, perhaps not quite realism. Maybe we should call it literary relativism, as the phenomena are real but the places and people feeling the impact aren’t supposed to be. Cook and others barely exaggerate what we’re reading in the news but place these exaggerations within fictional universes, making the gravity of what we’re experiencing that much more affecting.

The New Wilderness is carefully constructed, but the mechanics of the novel, just like the mechanics of Cook’s short stories, are those of a simple parable. We have pushed the world to the point where we will soon have to change our way of life. The lives that we will soon lead will test our morality, our courage, our sheer willingness to survive. What sacrifices will we have to make to stay alive in the next 20 years? The next 50 years? Will those sacrifices even be worth making?