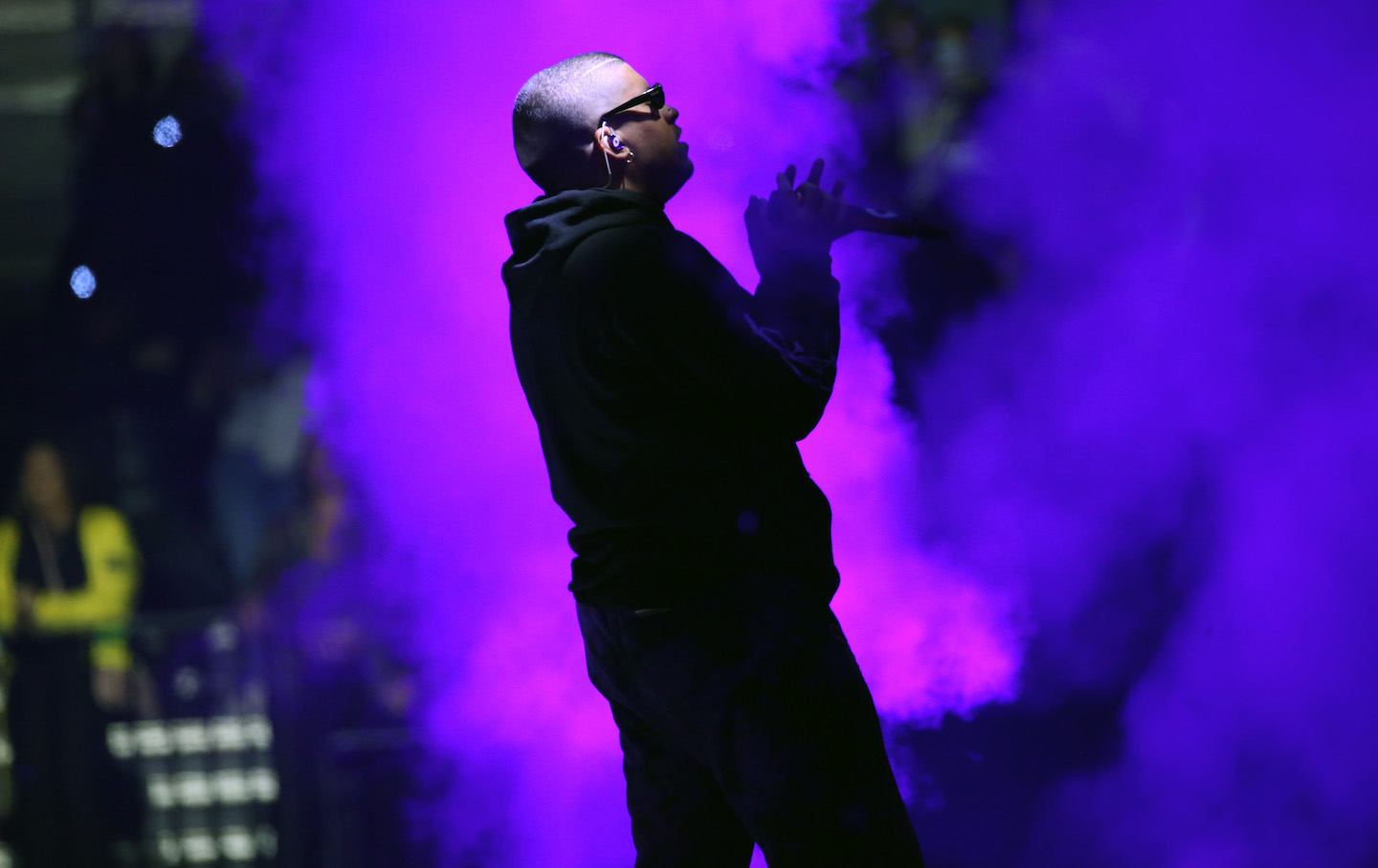 Bad Bunny is, indisputably, urbano’s most spontaneous creative force. After soaring out of Puerto Rico’s underground trap scene in 2016 and stockpiling a bundle of gleaming hits, the celebrated rapper and singer (born Benito Martínez Ocasio) pulled the trigger on his surprise debut album in 2018. X100Pre, which stands for Por Siempre or “Forever,” was launched into the world at midnight on Christmas Eve, catching most audiences off guard. Since then, he’s gained such an intense level of fame that it was impossible to keep his sophomore effort, YHLQMDLG, a secret—but he still avoided the long, publicity-filled album rollout that the industry favors. Instead, just a few weeks after he’d shared the stage with Shakira and Jennifer Lopez at the Super Bowl, Bad Bunny appeared on The Tonight Show Starring Jimmy Fallon and announced YHLQMDLG would drop the next day, on February 29. Within 24 hours of its release, it had 61 million streams on Spotify—the biggest album debut on the platform in 2020.

Such a reception speaks to the 26-year-old rapper’s mainstream saturation and the curiosity he sparks in a rabid fan base eager to see what his next impulsive move will be. While Spanish-language music has bloomed in the pop ecosystem in recent years, the downside of this popularity is that it’s often sent artists into a purgatory of commercial mediocrity for the sake of quickly amassing the most global listeners. But Bad Bunny has always taken a casual approach to celebrity and worldwide fame; he’s infinitely more laid-back when it comes to the kind of mega-star ambitions that drive contemporaries like J Balvin, Maluma, and Ozuna, and he’s always entertained himself first and foremost.

YHLQMDLG—an alphabet-soup-style abbreviation that stands for Yo hago lo que me da la gana, or “I do whatever I want”—isn’t a perfect album, but it didn’t need to be. The project required consistency; it had to balance on-trend reggaeton, trap, and pop-reggaeton that was irreverent and flat-out weird enough to show why Bad Bunny stands out as the genre’s favorite adamantly individualistic oddball. And it delivered the goods: Bad Bunny throws in metal guitars, presides over the decades most imaginative reggaeton experiment, and closes out the album with a nonchalant but shocking announcement that he might retire from music in nine months. No one knows if that will happen or not, but if it does, YHLQMDLG will be evidence that his short career was a rare and uncompromising one.

If X100Pre was a meticulously arranged palette of all the styles and colors Bad Bunny could work in, YHLQMDLG is him blending all the shades together. From the album’s opening track, “Si Veo a Tu Mama,” Bad Bunny is looser, flexing his voice over a childlike Casio melody that almost sounds like the opening chords of the bossa nova standard “The Girl From Ipanema.” The lyrics are all about an emotional break-up, but Bad Bunny is impish the whole time and playfully teases his own heartbreak (“They fired me from work for staring at the ground / Thinking of you with my head down / I look chubby, no weight lost”). His voice hits a high note with the help of a little Auto-Tune, and he also pipes the sound of his cough into the background, poking fun at his singing efforts.

As a writer, Bad Bunny has always embraced his sentimental side, and he’s in his feelings on YHLQMDLG. However, he’s too busy experimenting (and cracking jokes) for his efforts to read as mawkish or sappy. The best parts, in fact, are when he introduces off-kilter elements to revamp seemingly standard fare. The synth-filled “Solía” recalls the electro-inspired sounds J Balvin tested on his last album, Vibras, yet toward the end, he abandons his soft rap-singing for warped robotic samples. The tiny detail makes a big difference: Bad Bunny feels like he’s boosting overdone pop-reggaeton into futuristic new territory. “Hablamos Mañana” would have been a solid enough hit, serving as an impressive showcase of trap talent from South America with guest verses by Argentina’s Duki and Chile’s Pablo Chill-E—but in the final minutes, gloriously acerbic guitars crash into the arrangement and transmute the song into face-melting arena rock.

The most rebellious, surprising, and downright wild moment on the album—and perhaps in Bad Bunny’s entire career—happens in “Safaera.” It’s hard to overstate how unconventional these five minutes are: Instead of a song, it sounds like an entire mixtape folded directly into the project. Without a hook or chorus, “Safaera” subverts conventional pop structures with its shifting, intricate, collage-like construction. Bad Bunny’s friend and producer Tainy pulls off about seven different beat switches, even working a sample of Timbaland and Missy Elliott’s “Get Ur Freak On” into the layers. Bad Bunny actually steps out of the limelight for large stretches of the track, instead allowing his guests, Puerto Rican reggaeton artists Jowell Y Randy and Ñengo Flow, to weave in and out of the production. You don’t hear Bad Bunny’s unmistakable baritone for a full verse until more than three minutes into the song.

“Safaera” is a time warp to the prototype days of ’90s reggaeton in Puerto Rico, when DJs—among them DJ Playero, DJ Negro, and DJ Eric—would spin reggae and hip-hop breaks so rappers could keep their flows going. Referencing old-school reggaeton isn’t a new phenomenon: Guaynaa’s “Rebota” and J Balvin’s “Reggaeton” are both odes to the earliest iterations of the genre. But unlike songs that simply keep the spirit of the early-aughts reggaeton trapped in amber, “Safaera” actually captures a past era and brings it to life today. Bad Bunny refuses to simply interpolate a nostalgic riff into a standard pop melody. Instead, the music morphs and unfolds and contorts and then morphs some more, like a snippet recorded at a reggaeton party from a different decade entirely. 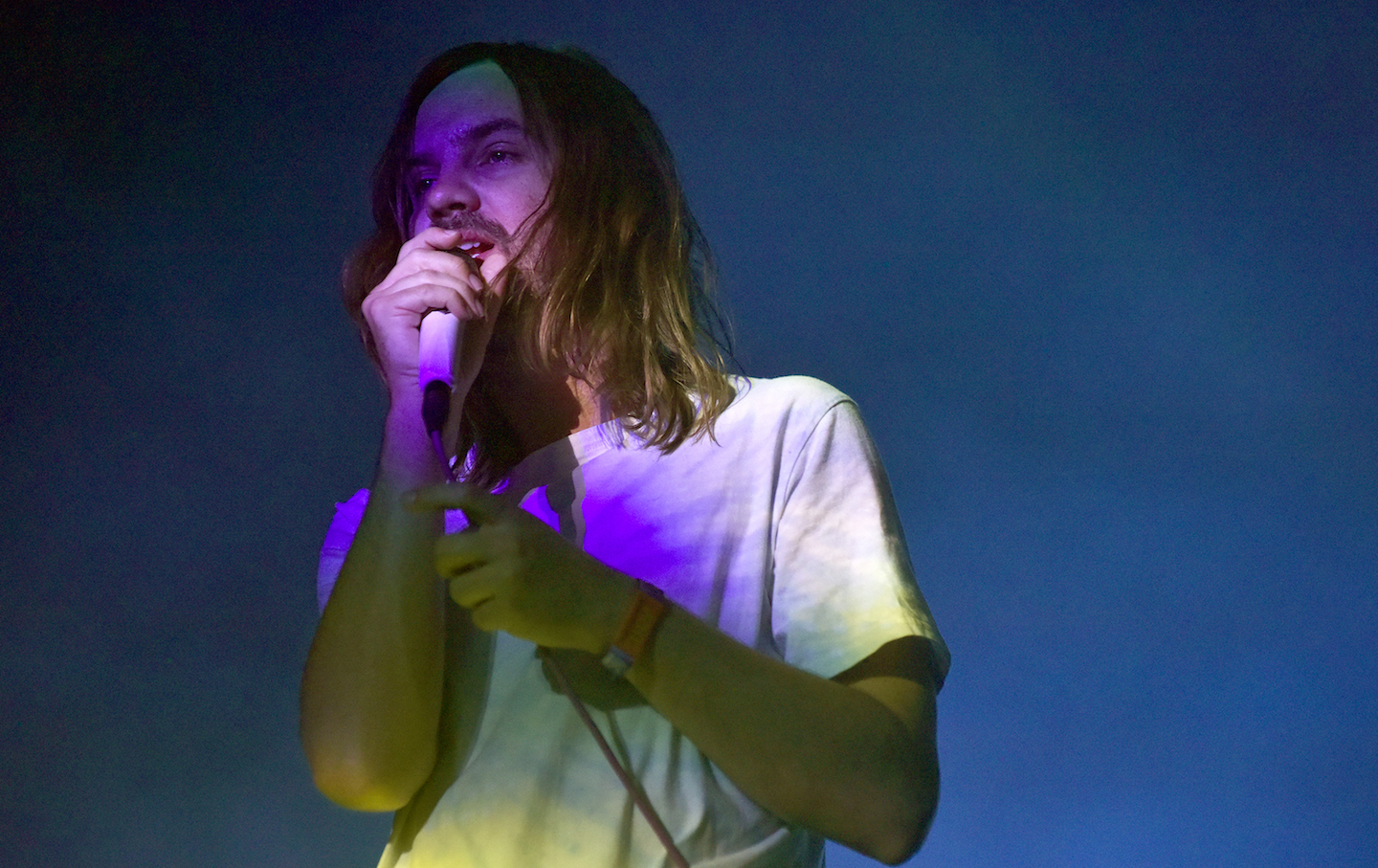 Though there are undeniable gems on YHLQMDLG, a 20-song album is hard to execute without a hitch. The project starts to lag with “25/8.” The callback to Bad Bunny’s trap roots would have been a welcome change of pace if it wasn’t followed by four testerone-heavy, all-male collaborations. It’s the sequencing that’s questionable here: There isn’t much breathing room between the barking Anuel Aa, the slick-voiced Arcangel, and the gruff spitter Mykke Towers. The sequence also makes it hard to ignore how few contributions come from women on the record. Twitter users quickly noted that “Yo Perreo Sola” includes an unnamed female artist. Six back-to-back male performers (not to mention earlier features from Daddy Yankee on “La Santa” and Sech on “Ignorantes”) are a conspicuous sign that YHLQMDLG isn’t merely grappling with one forgotten credit; there’s a larger gender-parity problem and a lack of women’s voices, which is disappointing given the way Bad Bunny has been positioned as a socially conscious trailblazer changing gender norms in urbano. He may have expanded the representation of marginalized identities and videos like “Caro,” but part of the work also includes giving those communities the mic. It’s a frustrating but unassailable fact that YHLQMDLG is a boys’ club.

People might also be a bit let down if they come looking for the radical politics Bad Bunny espoused during the protests that swept Puerto Rico after Hurricane Maria last summer and eventually led to the ouster of then-Governor Ricardo Rosselló. At the time, Bad Bunny flew to the island to join the rallies and released a defiant song, “Afilando los Cuchillos,” alongside the former Calle 13 rapper Residente. There isn’t much of that energy on YHLQMDLG, though “P FKN R” is a proud tribute to the island and its people. And Bad Bunny has expressed his politics in other ways: On his Tonight Show performance, he raised awareness of Alexa Negrón Luciano, a trans woman murdered in Puerto Rico in February, by wearing a T-shirt that read “They killed Alexa, not a man in a skirt.” It might be that he’s saving his more groundbreaking renegade material for a future release—in fact, he says as much on the album’s closer, “<3,” when he asserts that his best songs still haven’t dropped on the universe.

It’s on “<3” that he raps, “In nine months I’ll be back and I’ll drop another / So I can retire easy like Miguel Cotto.” It’s not clear how serious Bad Bunny is about walking away from music. Plenty of pop stars, overwhelmed by their career demands, have announced early retirements only to stage high-profile comebacks years or even months later. Still, one gets a sense of Bad Bunny’s reluctant celebrity and his distaste for industry games. If he does decide to walk away from music forever, at least the archive he’ll leave behind—including YHLQMDLG, despite its shortcomings—will be worth playing over and over.