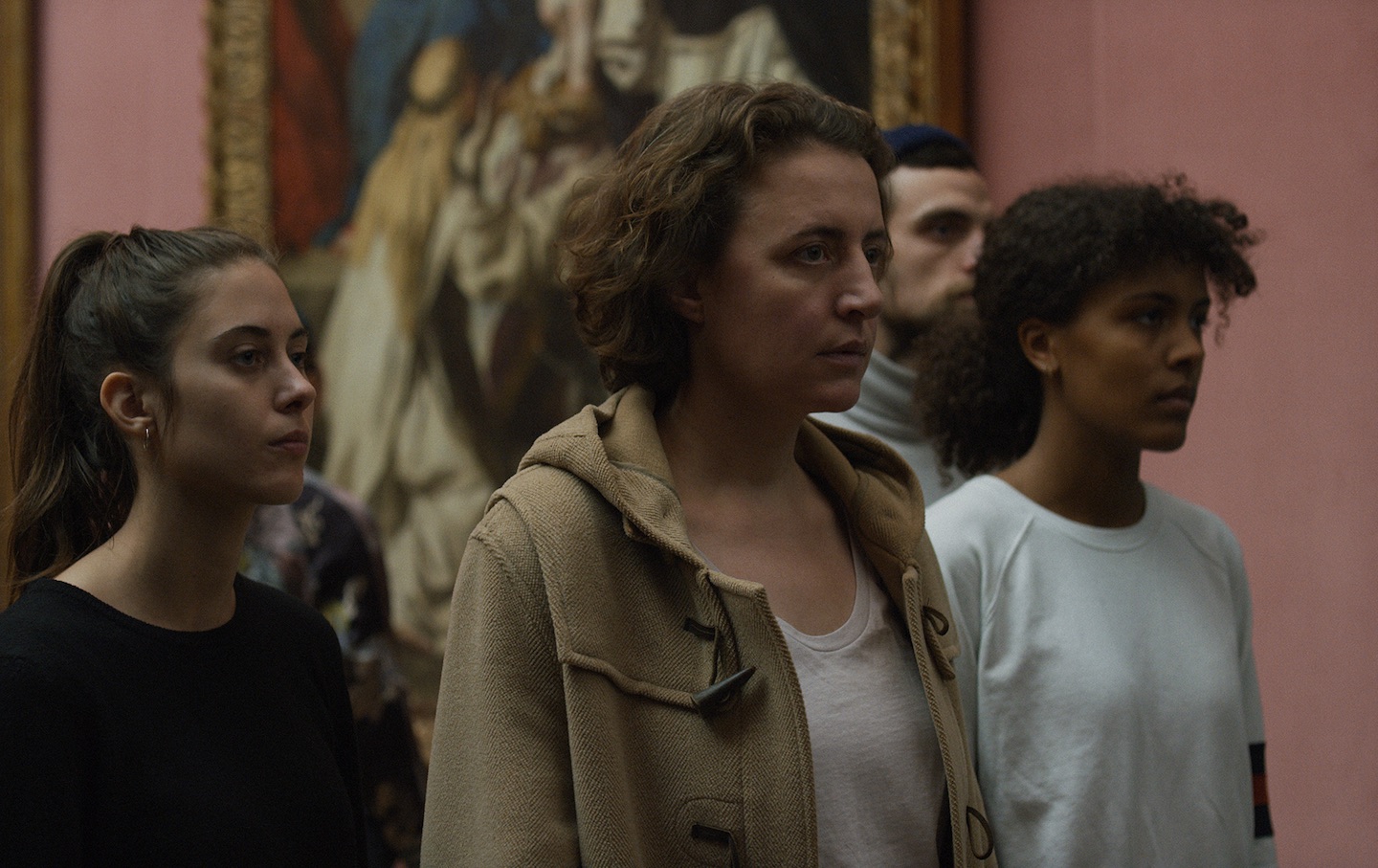 A scene from Angela Schanelec’s I Was at Home, But... (Courtesy of Cinema Guild)

Over the course of an hour, different images flash across the theater screen: a donkey, a dog, the purple light of grief-stricken evenings. A mother clutching her daughter in the locker room of a swimming pool, like a modern-day Pietà. And then, halfway through I Was at Home, But…, the latest movie from the German director Angela Schanelec, something of a manifesto is voiced by Astrid, the film’s central character, as she strolls down a Berlin sidewalk with an acquaintance, a film director, whom she’s just bumped into at the grocery store.

“I find it odd,” Astrid says, her voice rising as she gestures pointedly with her grocery-laden hands, “to place a terminally ill person who knows, who really knows, they’re going to die soon, to place that person opposite an actor.” An agitated look plays across her face. “The gravity that’s seized the ill person, the undeniable truth plain to see on their person, contrasts so starkly with the actor, who only pretends, who is a master liar with every fiber of their being… I mean, in that encounter between them, you see how hollow and empty acting is.” Beside her, the director (played by the real-life director Dane Komljen) walks placidly along. It’s his film she’s criticizing, a film that we’ve watched her storm out of earlier in the movie. He nods and offers a bit of self-defense: “Maybe you have to watch the entire film.”

This exchange—with its slips and slides, its aesthetic rigor—is typical of Schanelec’s work. Born in 1962 in Aalen, Germany, she has long been associated with the Berlin School of the late 1990s and early 2000s, but her films (eight features total, along with numerous shorts) remain underappreciated in the United States. Then again, her movies are not even your typical art house fare. Time moves strangely in Schanelec’s films; characters pop in and out, their relationships to one another never quite fully explained; scenes change abruptly; the subject of the theater pops up over and over again. I Was at Home, But… maintains all of these familiar elements, but this time it recombines them into a full-throated meditation on loss—and the morality behind even attempting to portray it in art.

Astrid, played by Maren Eggert (a frequent collaborator with Schanelec), is a middle-aged mother of two in Berlin who, a couple of years prior, lost her husband, a theater director, to an unspecified illness. The film, which opens with a few brief, seemingly inexplicable pastoral scenes involving a donkey and a dog wandering through an abandoned house, ostensibly explores the emotional fallout that follows the return of Astrid’s adolescent runaway son, Philip. Yet this supposedly central part of the story is told obliquely: All we see is Philip walking out of the woods and then, the next morning, Astrid collecting him from the apartment of one of his teachers. Schanelec already seems to be suggesting with her elliptical introduction that to look for answers might be a waste of time.

This sense of refusal, though, is part of what makes her films so alluring: She is a director who more often says no to her audience than yes. “When I make films,” Schanelec said in an interview with the Berlin-based film zine fireflies, “I always try to give enough so that the viewers can also just watch, as long as they don’t get annoyed when they don’t understand something. My goodness, then they don’t understand something, so what?” Misunderstandings and the absence of knowing are at the heart of Schanelec’s creative project, from the first words spoken in her debut feature (“I don’t know,” in 1995’s My Sister’s Good Fortune) on. In I Was at Home, But…, these concerns are fully realized: If art can be understood simply as an elaborate lie, then what authority does the artist really have?

The film grapples with this lack of authority by digging further in; Schanelec litters it with references to other famous works of art, as though to remind her audience that this is not a documentary. The title is a reference to the 1932 film I Was Born, But…, by the Japanese director Yasujiro Ozu. There are scenes from Hamlet played out by Philip’s class that depict the dramatized death of Hamlet’s father, and then there are the scenes literally set inside an art museum, which feature not only Astrid but also a subplot involving two teachers at Philip’s school and the impasse they’ve reached in their relationship (he wants children, she does not). And all the while, there turns out to be a subtle autobiographical undercurrent: “My children’s dad,” Astrid reveals halfway through the film, during her sidewalk stroll, “was a theater director.” And so, too, was Schanelec’s husband, who died in 2009 and with whom she published several translations of Shakespeare. But to read this as art imitating life would be too easy.

With these scenes, Schanelec seems to be asking not just how one handles grief but if a movie is equipped to accurately represent it, or if any work of art is up to that task. These are the questions that Schanelec circles back to, again and again. Art might be a lie—as Astrid suggests, acting itself might be the literal embodiment of dishonesty. Establishing this inherent dishonesty, though, even with regard to what is happening right in front of our eyes, actually ends up freeing Schanelec from the strictures of realism: We see the possibilities implicit in a work of art that untethers itself from conventional narrative and time. 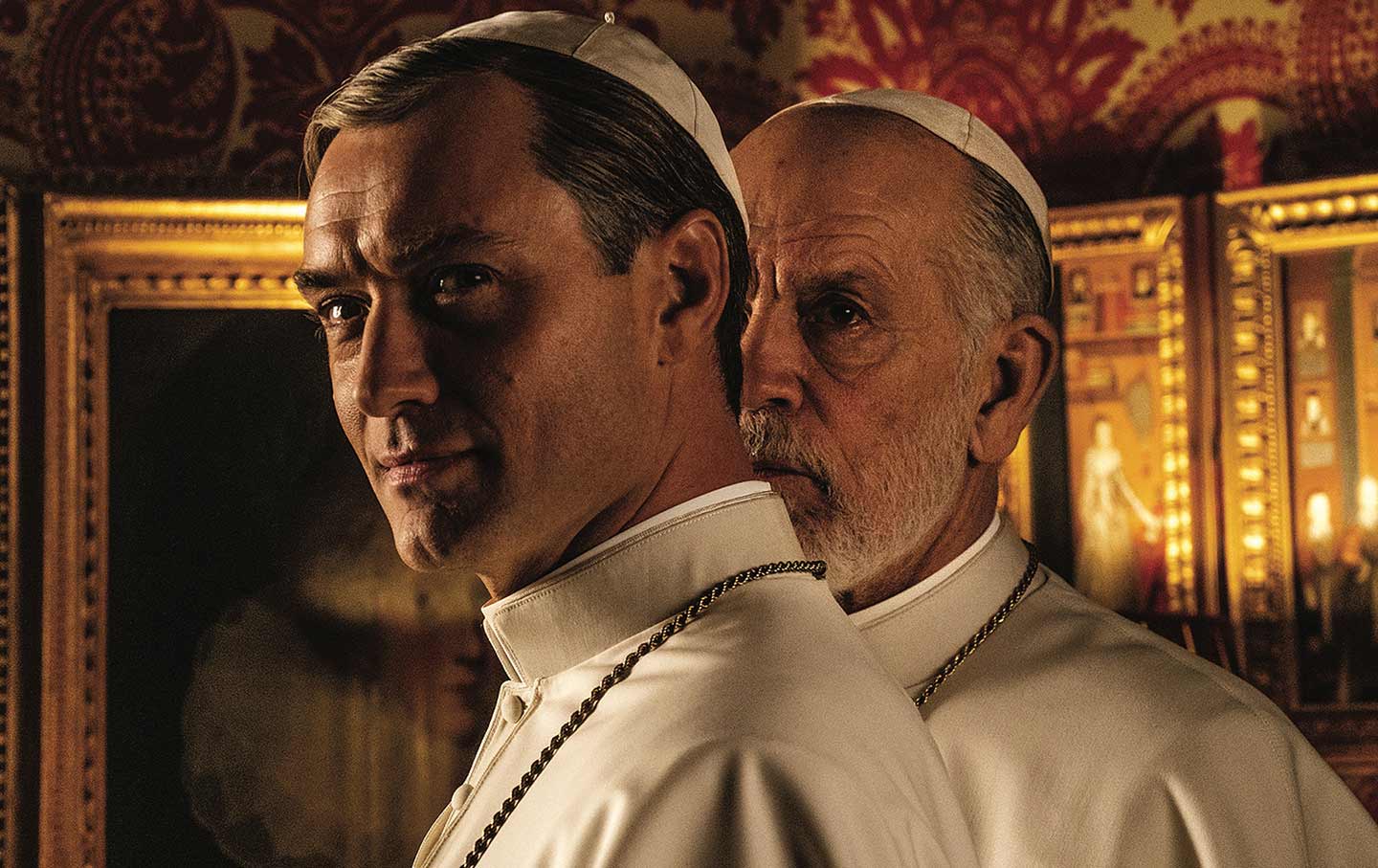 It is interesting to watch a work of fiction do this during a cultural moment that is crowded with so many questions about the place of autofiction, memoir, documentary, and the like. (As the British author Rachel Cusk put it, fiction is “fake and embarrassing.”) While autofiction scratches away at the veneer of fiction almost apologetically, acknowledging its failures by whittling away until it merges with autobiography, Schanelec wrestles with this failure by constructing an entirely different edifice. She moves in the precisely opposite direction, admitting that art is dishonest from the get-go. And in doing so, she frees herself to capture reality by moving deeper into fiction.

“It’s not metaphoric, and I think that this is very essential: that there are no metaphors [in this film],” Schanelec said in a 2020 interview conducted following the New York release of I Was at Home, But…. “And the problem is often that metaphors are expected…. I understood that if I have a scene which is tragic, a tragic moment, and the actor is crying strongly enough or something, he takes it from the viewer—this weight. If I have the same tragic situation and the actor does not cry, but the same situation is told, it’s the viewer who has to feel it. This is the opposite of what the viewer wants. The viewer wants the other person to be seen crying.”

Again, this element of refusal—a line in the sand. This is a no to the question of easy catharsis, a closing door that makes the viewer work a little harder. But why is that a bad thing? While it can leave the viewer wanting or confused, this feeling of only half-understanding what’s going on works both to unsettle and to comfort. Instead of giving us what we expect—or what we want to expect—Schanelec forces us to let our minds wander, merging our own time into her films.

But confronting this expectation doesn’t come easy, and maybe it is this willingness to say no that makes Schanelec so little-known in the United States. Multiple moviegoers walked out of the same New York screening of I Was at Home, But… that I attended, and there’s something about Schanelec’s films that seems to either energize or irritate people; there’s no in-between.

It brings to mind another sort-of manifesto, this time uttered by Nadine, a writer played by Schanelec herself in her 1993 graduate thesis, I Stayed in Berlin All Summer. It’s the movie’s last scene, in which Nadine listens to an editor tell her why he doesn’t like her fiction. She’s too concerned with style, he complains; she doesn’t care if her characters are believable, or if anyone even understands her at all. No, Nadine tells him, he’s missing the point. She wants her fiction to be understood, but she also doesn’t want it to be immediately, easily disassembled. Rather, she wants her work to function like a piece of music: You might remember it and feel pleased by the memory it evokes, the shape of it, even if you can’t recall the exact lyrics.