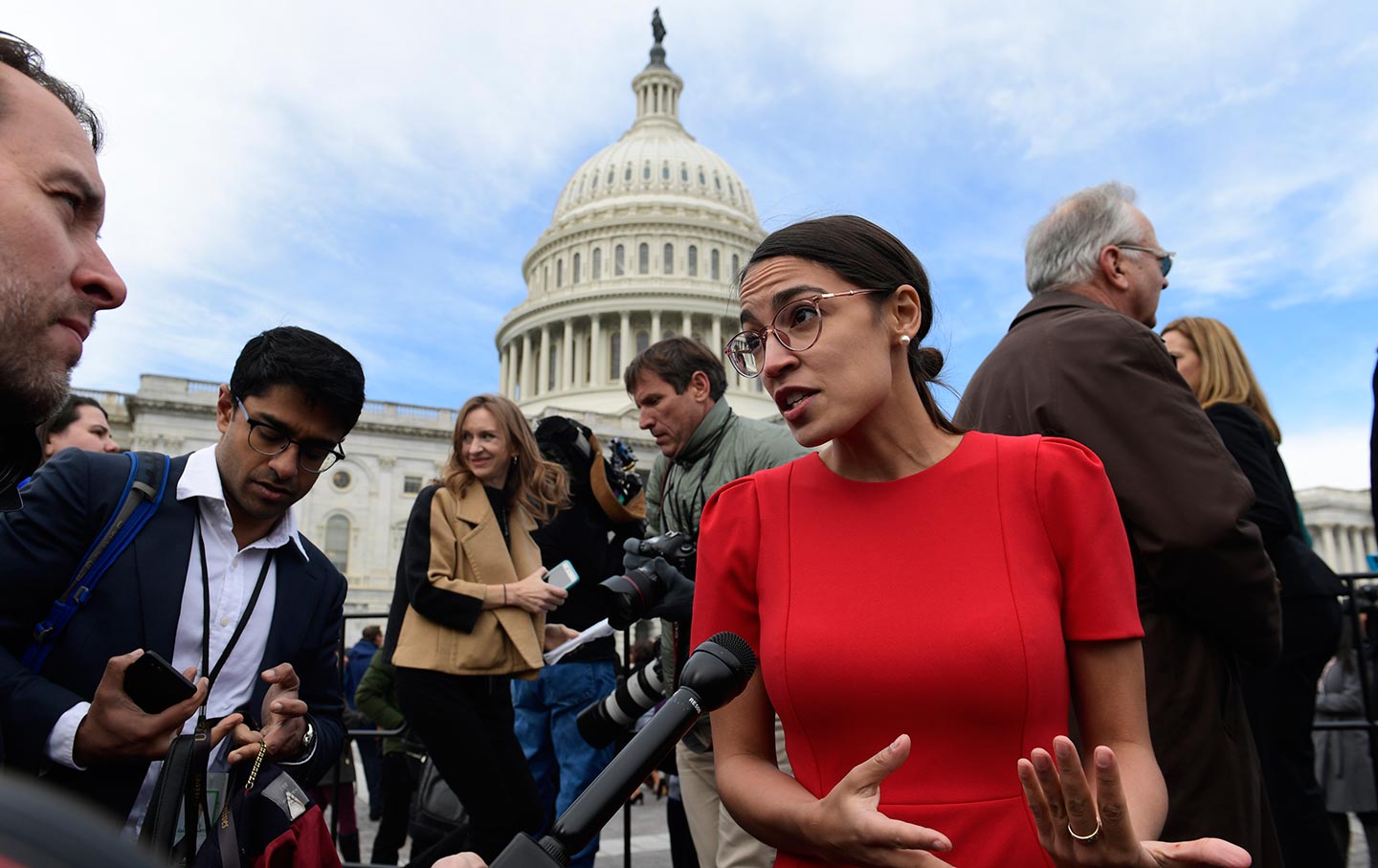 Their proposal would achieve net-zero greenhouse-gas emissions by creating millions of green jobs and investing in a new, clean-energy infrastructure. But how receptive will Americans be to such a radical reshaping of the economy?

Our polling shows that the Green New Deal actually polls very well, even when people consider the potential costs. First, in our election survey last fall, we tested a green-job guarantee, which is a core component of the Green New Deal. The resolution released Thursday proposes “guaranteeing a job with a family-sustaining wage, adequate family and disability leave, paid vacations, and retirement security to all members of our society.” Mainstream Democratic think tanks have released differing plans on how the government could achieve this goal, though this push has upset some centrists and neoliberals.

The Climate Kids Are Coming

We asked voters if they would support “giving every unemployed American who wants one a job building energy-efficient infrastructure.” Sixty percent of respondents said they somewhat or strongly support the policy, compared to just 13 percent who somewhat or strongly opposed the policy. (The rest were unsure.)

While that idea has broad support, millennials outpace other generations on the question of a green-jobs guarantee: 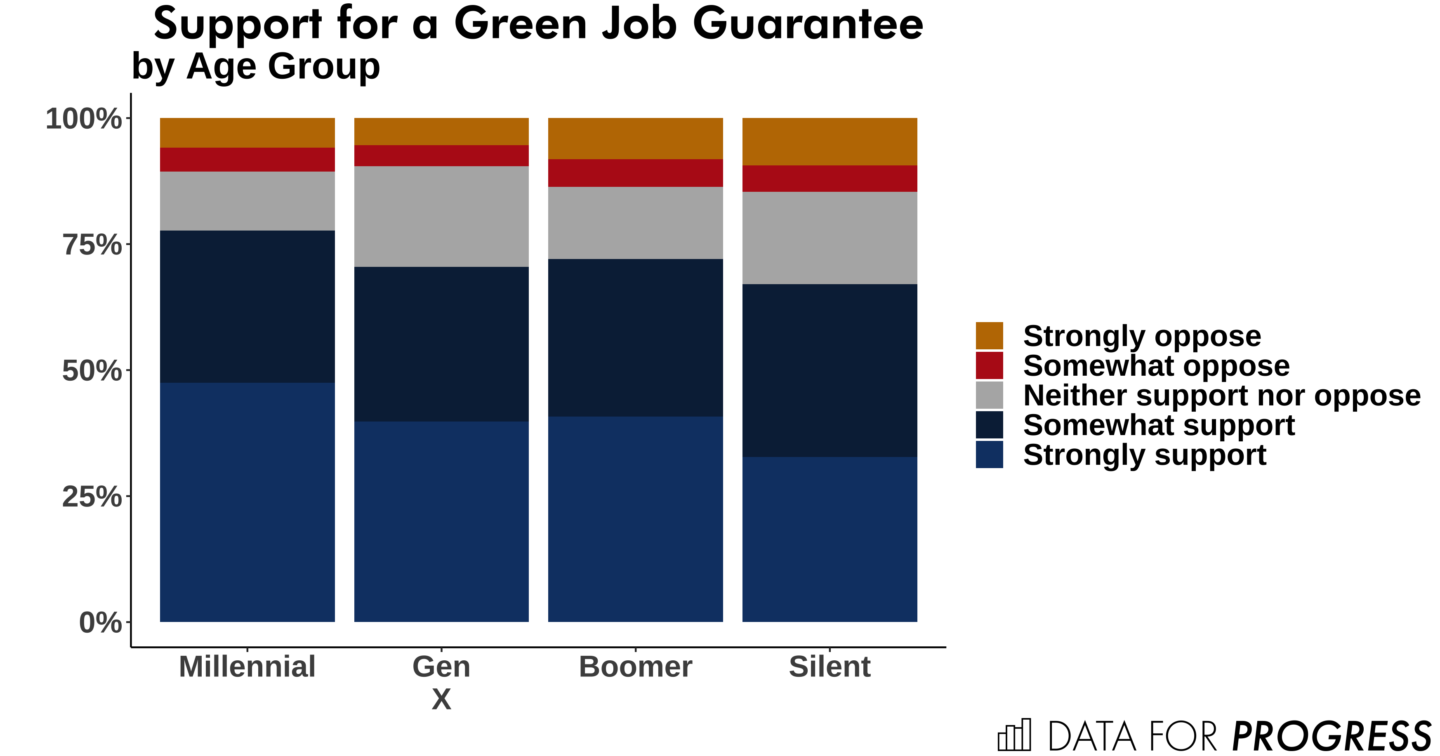 Last month, we polled the Green New Deal and specifically disclosed potential costs of the legislation. We asked respondents:

Would you support or oppose a Green New Deal to end fossil fuel use in the United States and have the government create clean energy jobs? The plan would be paid for by raising taxes, including a tax on carbon emissions.

Even with a potentially large set of costs in mind, millennials continue to support rather than oppose the Green New Deal by nearly a 30-point margin, though Green New Deal proponents have their work cut out for them with other generations. (Following Pew Research, we define millennials as ages 18–37, Generation X as 38–53, baby boomers as 54–72, and Silent as 72 or older.)

Our research shows that age strongly predicts support for the Green New Deal, even controlling for several variables like party, ideology, and race. One wonders if this is because young people, unlike older generations, must contemplate living through the worst effects of climate change a few decades down the line.

Another key component of the Green New Deal is a focus on racial justice: The Green New Deal resolution includes explicit language that the GND will “promote justice and equity by preventing current and repairing historic oppression to frontline and vulnerable communities.”

Similar efforts also exist in state legislation: In California, SB 535, which was passed in 2012, requires that revenue from the state’s cap-and-trade program be spent on green investments in front-line communities most likely to be affected by climate change. The Climate and Community Protection Act, currently working its way through the New York legislature, also seeks to direct money toward low-income communities. And the recent Washington State ballot initiative I-1631 included set-aside income for Native communities in the state, as well as a fund to support workers affected by climate change, which advocates call a “just transition.” (That initiative failed.)

Our polling suggests that millennials have greater levels of racial liberalism compared to those of other generations, and thus may be more receptive to this aspect of the Green New Deal as well.

We asked a number of questions designed to uncover respondents’ nuanced racial attitudes. Those items are summarized here. By a large margin, millennials scored lowest on our measure of overall racial animus. Perhaps surprisingly, they were the only distinctive generation on this measure, with Generation X, Baby Boomers, and Silent Generation voters all reporting levels of racial animus within the margin of error of one another. 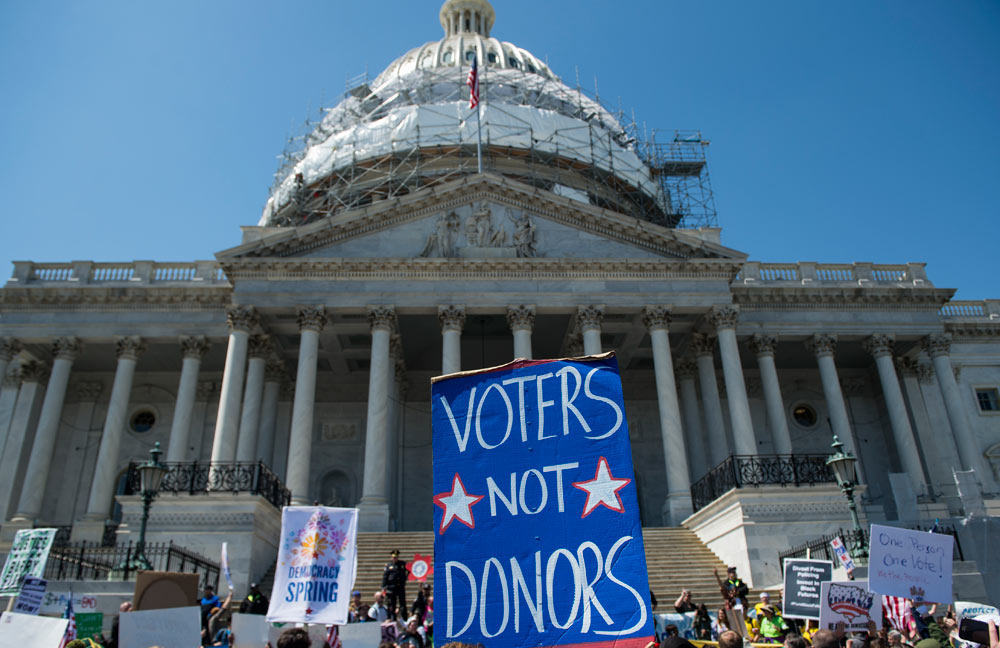 The United States Is a Progressive Nation With a Democracy Problem

Given that millennials are uniquely supportive of a green-jobs guarantee, the Green New Deal, and environmental- and racial-justice efforts, it’s no surprise that most activists pushing for the Green New Deal are young people. Groups like Sunrise and 350 are full of young activists who will live long enough to see consequences 50 years down the line. It’s also no surprise that young politicians, most notably Ocasio-Cortez, but also Representatives Ilhan Omar, Ayanna Pressley, and Joe Neguse, are leading the charge in Congress.

The first step is complete: Congress has a Green New Deal proposal that tackles our climate, environmental, racial-justice, and economic-inequality crises. The next generation has changed the terms of the debate. Now it’s time to change the future—and convince older generations to help save the planet.