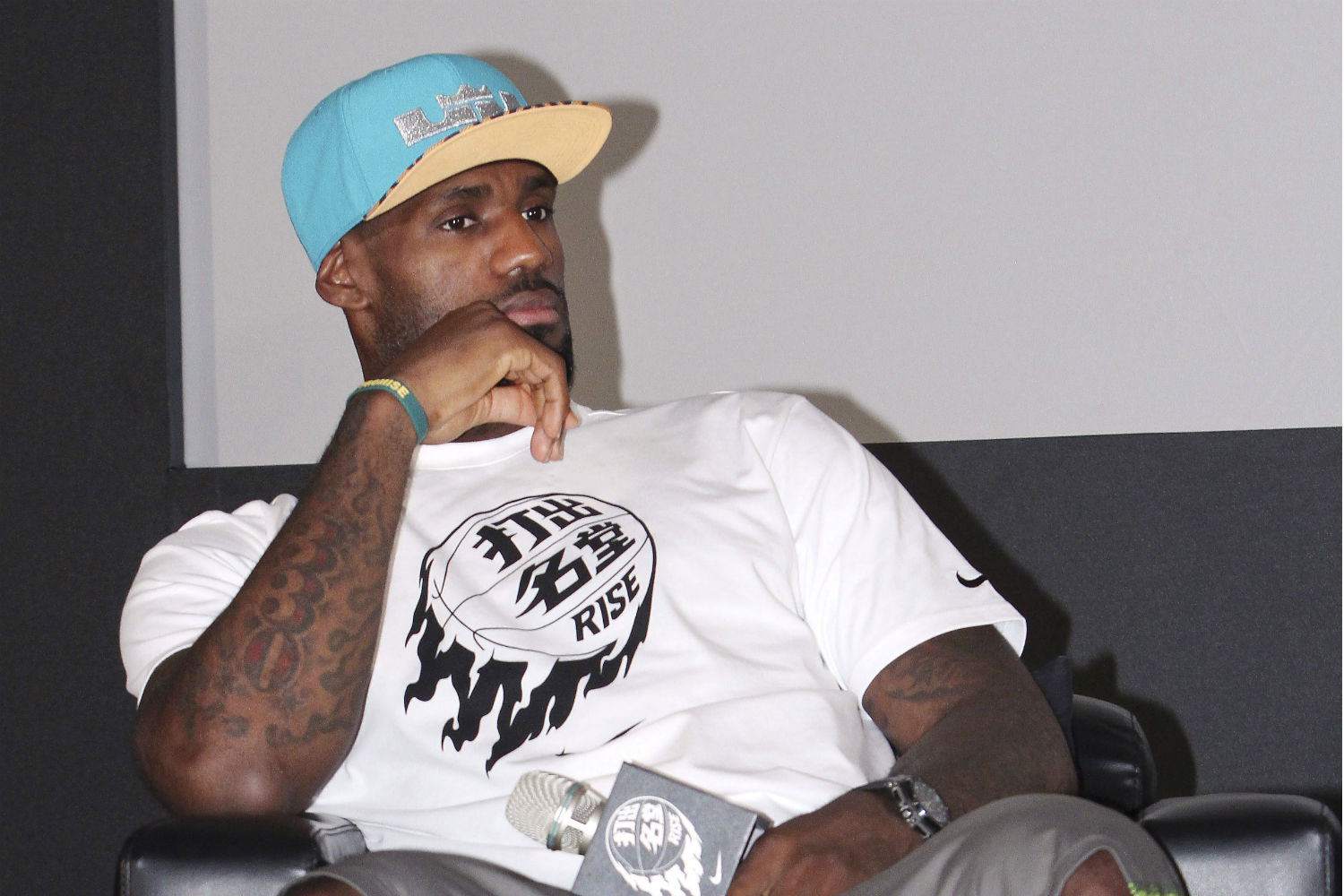 In my sports/politics circles, the question has come in fast and furious: Where are the athletes—always code for “black male athletes”—speaking out on behalf of Michael Brown and the people of Ferguson? It’s a very understandable question. It’s also the wrong question. It’s understandable, of course, because there is a history of black athletes being the faces and symbols of the struggle in the United States against racism. It is impossible to imagine early resistance to white supremacy and lynching without recalling the first African-American heavyweight champion, Jack Johnson. You cannot tell the story of the civil rights movement without creating space for the story of Jackie Robinson. The black power movement of the 1960s could not be told without Muhammad Ali and two brave souls, John Carlos and Tommie Smith, who raised their fists at the 1968 Olympics.

People are also asking the question because the sight of black athletes making this kind of stand is hardly ancient history. In 2012, Carmelo Anthony, the Miami Heat led by LeBron James, and many other athletes posed with hoodies for Trayvon Martin, when it looked like George Zimmerman would not even be arrested for stalking Martin and taking his life. Kobe Bryant even felt a rather thunderous backlash when he was dismissive of these kinds of actions. Hell, there were NBA players threatening to wildcat strike over Clippers owner Donald Sterling’s racist rants just a few months ago. People desperate to be inspired in very difficult times want to see more of this.

As Justice B. Hill wrote in a commentary on BET’s website,

[Black athletes] were quick to jump on Donald Sterling for his racism; they’ve been slow or silent altogether in standing up and speaking out about a killing that should never have happened… At some point—and this is that point—Black athletes like Doc Rivers, LeBron James, Magic Johnson, Michael Jordan, Charles Barkley and Torii Hunter must stand as a Black president did. They must insist that no more cop killings of unarmed Black men will be tolerated.

Given especially the twenty-first-century narcotics of fame, iconography and killer visuals, imagine what would happen to Twitter and assorted social media if we had a 2014 version of this press conference. Maybe Richard Sherman, Russell Wilson, LeBron James, and Carmelo gathered together to say that the killing of two black men a week by police for the last six years has to stop.*

It is also understandable why many yearn for an athletic speakout on this, given the racial divide in the United States, with more white Americans believing in ghosts than in the realities of institutional racism. The thought is that black athletes with their white fan bases have an opportunity, not to mention an obligation, to reach white America in a way that is unparalleled in the culture.

Yet this is also—to put it bluntly—the wrong question for those who want to see racial justice. Unlike the case of George Zimmerman, which involved an extremely repellent individual vigilante who hunted down Trayvon Martin and was not going to be arrested, this is a case of a police officer doing the killing. This is the case of challenging a very entrenched set of racist law enforcement practices both in the St. Louis metro area and throughout the country. These practices have become militarized in recent years, creating a reality where many communities feel less like neighborhoods and more like occupied territory. (The fact that as many have pointed out, the same company supplied the tear-gas canisters used in Ferguson and in Gaza speaks volumes.) This is not going to be challenged by players posing on Instagram with their hands up. This isn’t the damn “ice bucket challenge.” To uproot these police practices will take the kinds of mobilizations we have yet to see from organizations with the funds, members and capacity to take on the ways in which black neighborhoods are policed.

Instead of asking, “Where are the athletes?” We should ask. “Where is the AFL-CIO?” “Where is the climate justice movement?” “Where is Amnesty international and the ACLU?” “Where is the reproductive justice movement?” I know that some of these organizations are starting to move in pieces—some unions, some climate justice activists, some people in the repro justice movement—but we need the full weight of these organizations. We need them using their reservoirs of power, money and influence to demilitarize police departments, demand civilian review boards for the police and stop the violence. We need them showing the true meaning of solidarity; the idea that injustice anywhere is a threat to justice everywhere, and our struggles are conjoined. If an athlete is inspired by this level of activism and is willing to take on the pressure from the media, ownership and their own inner circle, and speak out, then that’s great. It also would be a true echo of the past. All of sports history shows that athletes tend to speak out in response to mass movements. They don’t start them. They amplify them. Let’s stop demanding athletes take actions that we don’t demand of ourselves or the organizations around us. There is real work to be done, and it doesn’t involve waiting for LeBron to save us.

* Yes, there have been moments, such as when the Washington football team ran out onto the field with their hands up. Washington wide receiver Pierre Garcon also posed for an Instagram picture along with several teammates with his hands raised. Given the owner of the Washington football franchise, the racist brand that they represent and the pressure they are under to change their name—not to mention Garcon’s own vociferous defense of this brand—these actions can provoke as much cynicism as inspiration.