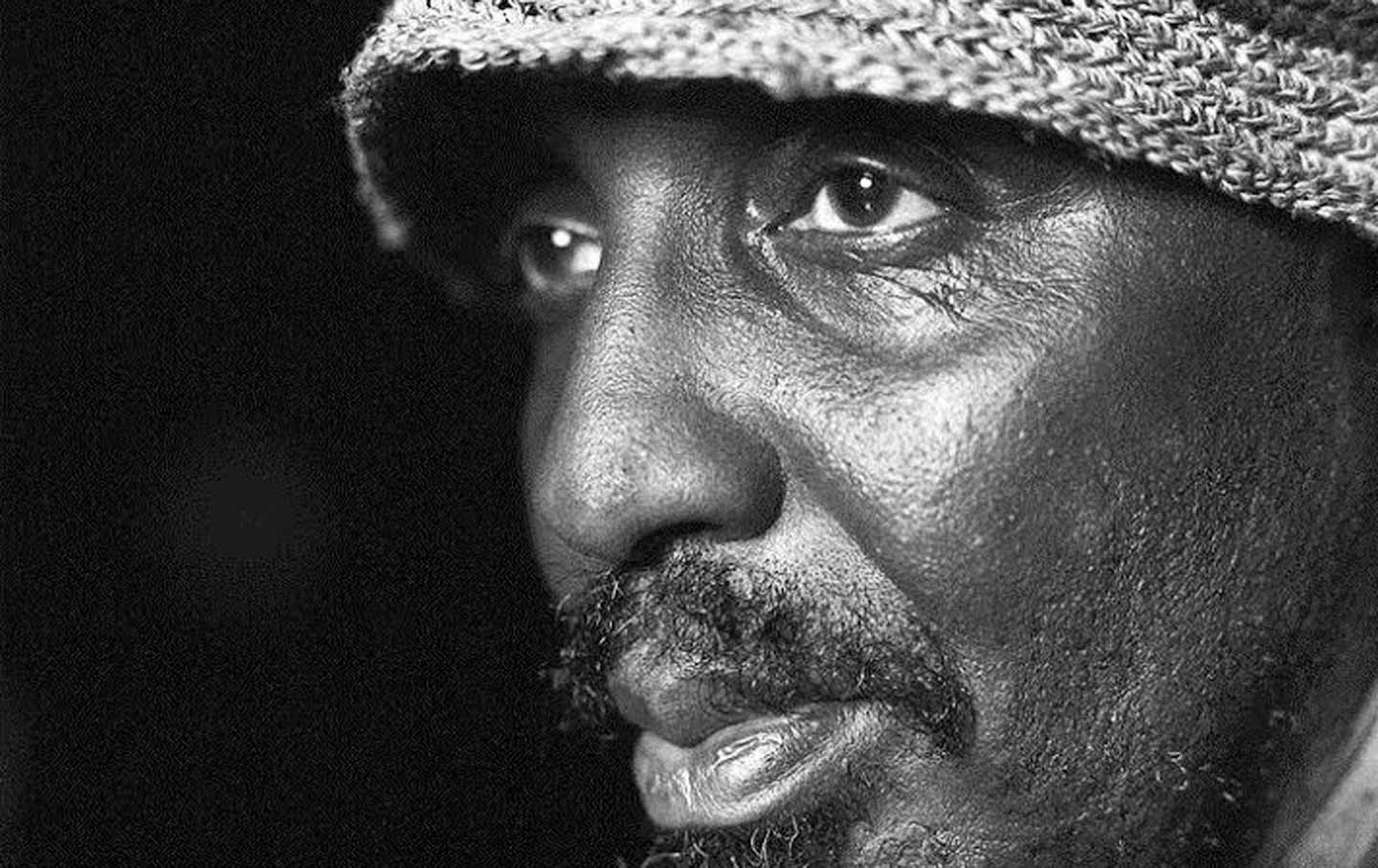 A vast body of musical works refutes a widespread notion distinguishing avant-garde from traditional music: that one is cerebral and abstruse and the other emotive and accessible. However true this may be in any number of instances, William Parker’s work over the past 45 years demonstrates that deep feeling can flourish in the realm of deep experimentation. Over the course of his long and unwaning career as a composer, bandleader, bassist, and event organizer, Parker has produced a catalog of compositions and a legacy of performances distinguished both by their free-thinking, often radical sense of adventure and by their elemental dedication to beauty and human feeling.

More extraordinary, perhaps, Parker appears to be in the midst of a late-career blossoming, having released this summer a new three-album collection of compositions with words and music, sung by an assemblage of singers working in a widely varied range of styles. Titled Voices Fall From the Sky, the set of vocal pieces follows the release last year of an ambitious double album of instrumental ruminations on the meaning of music, Meditation/Resurrection. At 67, Parker is making his heftiest music yet, work that reaffirms the imaginative prowess that has made him a stalwart force in the sphere of “downtown” jazz and art music since the 1970s, and that also makes clear that he deserves more recognition beyond the borders of that ostensibly borderless domain of experimental music.

The first time I heard Parker in person, he was part of the six-member Cecil Taylor Unit, performing at Sweet Basil’s, a now-closed jazz club in Greenwich Village, in 1983. I caught him by accident, mistakenly thinking the Gil Evans Orchestra was playing that night. Curious about but utterly perplexed by the sound of irregular, unfettered, intuitive music that was so different from Evans’s lushly harmonic orchestrations, I toggled my attention from one to another of the musicians in the Taylor ensemble, desperate for grounding. Landing on Parker, I found myself entranced by the raw openness and overall sense of rightness in his playing. I didn’t understand much of what he or anyone else in the band was doing, exactly, but it felt good and true.

Over the decades since, I’ve heard Parker more than a dozen times in nearly as many configurations: playing jazz in small groups led by musicians like trumpeter Bill Dixon, violinist Billy Bang, and saxophonist David S. Ware; in duos with pianist Matthew Shipp; as the leader of his own groups, large and small; and as a frequent performer at the annual Vision Festival of experimental music, dance, and performance in New York, which was founded by dancer-choreographer Patricia Nicholson Parker. (They’re married.) The bulk of his enormous output has been in the vein of free jazz, a discipline of in-the-moment group improvisation that calls for highly sensitive listening and responsiveness and deep resources of musical imagination. Because of the primacy it gives freedom, the form may seem to indulge dilettantes and poseurs, but it actually serves to screen them out. Free jazz is a music for virtuosos of the imagination, and Parker’s achievements in it have proved him to be a creator of boundless inventiveness. At the same time, his music—as both a composer and an ensemble player—never (or rarely) abuses the creative liberty in freely improvised music. At its core, his work, like much of Ornette Coleman’s, has an almost imperceptible but ever-present feeling of the blues.

Parker’s new collection of vocal compositions, Voices Fall From the Sky, is a retrospective work in two ways: It includes some songs that he wrote at earlier points in his life, as well as an impressive number of new pieces; and it feels, overall, like a summing up of Parker’s feelings about life and art. The first disc comprises new or previously unrecorded songs rendered by an international cohort of singers. The tunes shuffle and entwine styles, nodding at chamber music (“Airlift”), post-bop loft jazz (“Bouquet for Borah”), vintage pop (“Small Lobby”), and Mexican folk music (“Despues de la Guerra”). The second disc, a gem from start to finish, is mostly made up of songs that Parker has written over the years and (in most cases) recorded on earlier albums, recast here for voice and bass. The spare treatment (with the exception of one song set for a small ensemble) brings out the delicacy of Parker’s simple melodies and earnest, unpretentious, highly personal lyrics. In “Sweet Breeze,” a gently wafting piece with a gospel strain, Leena Conquest sings:

For most of the music on the third album in the set, Parker lays his words and melodies atop denser arrangements that emmploy several large ensembles, including the William Parker Orchestra, Kitchen House Blend, and the William Parker Double Quartet. Five of the nine tracks are new edits of recordings issued earlier on the Parker albums Essence of Ellington, Alphaville Suite, Double Sunrise Over Neptune, and For Those Who Are, Still. The centerpiece of the third disc, a four-movement suite titled The Blinking of the Ear, may well be Parker’s grandest statement on his great theme: music itself as a life-giving force. Sung by AnnMarie Sandy, the suite is composed for voice, piano, and drums—no bass, presenting Parker as a spectral presence. Sandy sings:

After a lifetime in free jazz, William Parker is ruminating on freedom in profoundly personal and spiritual terms. As always with Parker, the music is uncompromising—radical and radically beautiful.