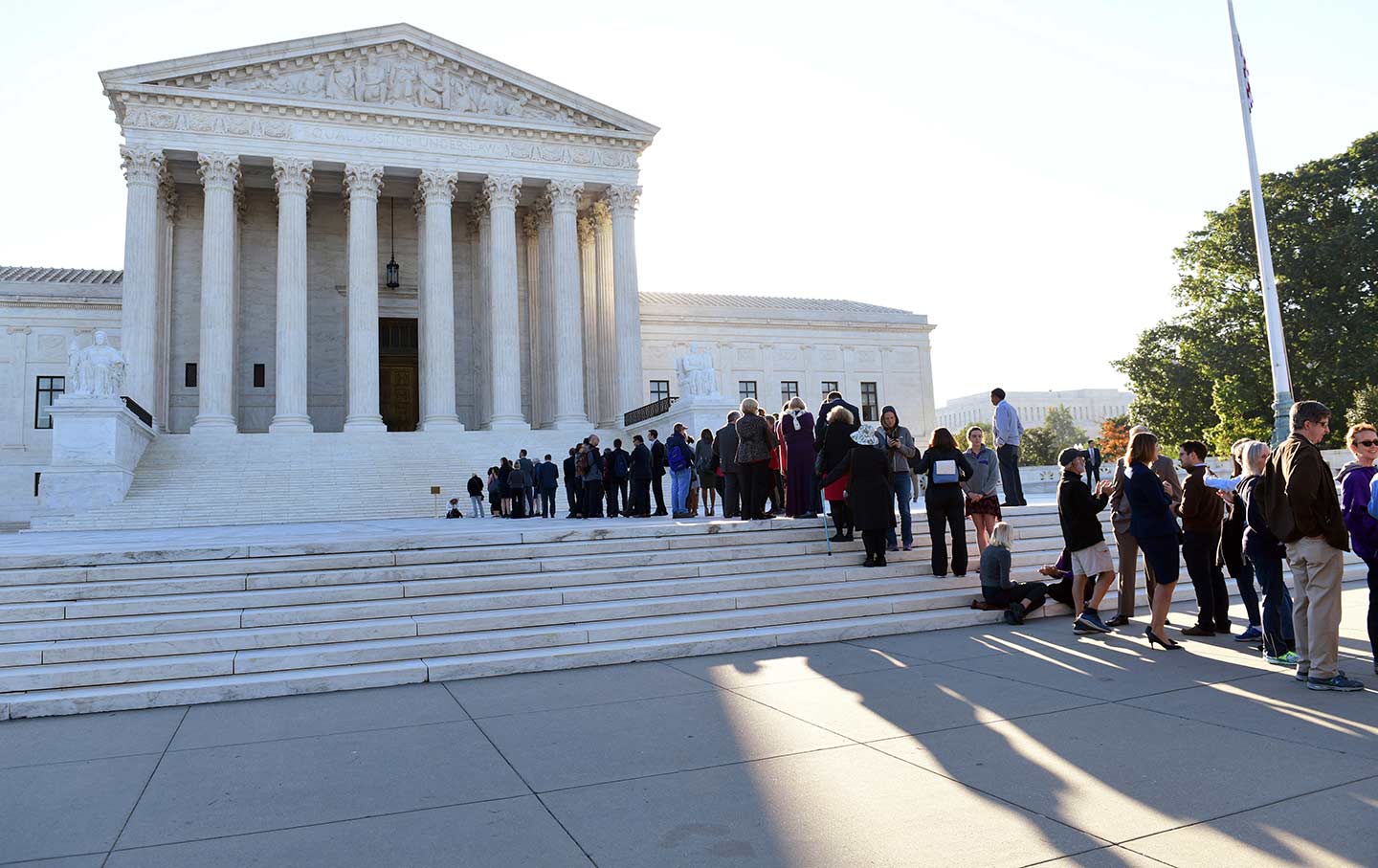 Sheila Hobson had been working for Murphy Oil as a gas station attendant in Calera, Alabama, for two years when she says it “just hit” her that she was being underpaid.

Hobson said she was required, every day before and after work, to drive by competitor gas stations within 30 miles and write down the price of their gas. The fuel surveys, as she called them, took between 15 and 45 minutes each, but the time wasn’t recorded by Murphy Oil.

“I’m working off the clock, they say nothing about it, they do not compensate you, and they done nothing about it,” said Hobson. When she and three co-workers together sued the company for lost wages, they were told they had signed away that right when they started their jobs. Hobson’s job contract included a provision that any lawsuit brought over her employment needed to go through arbitration, and individually. 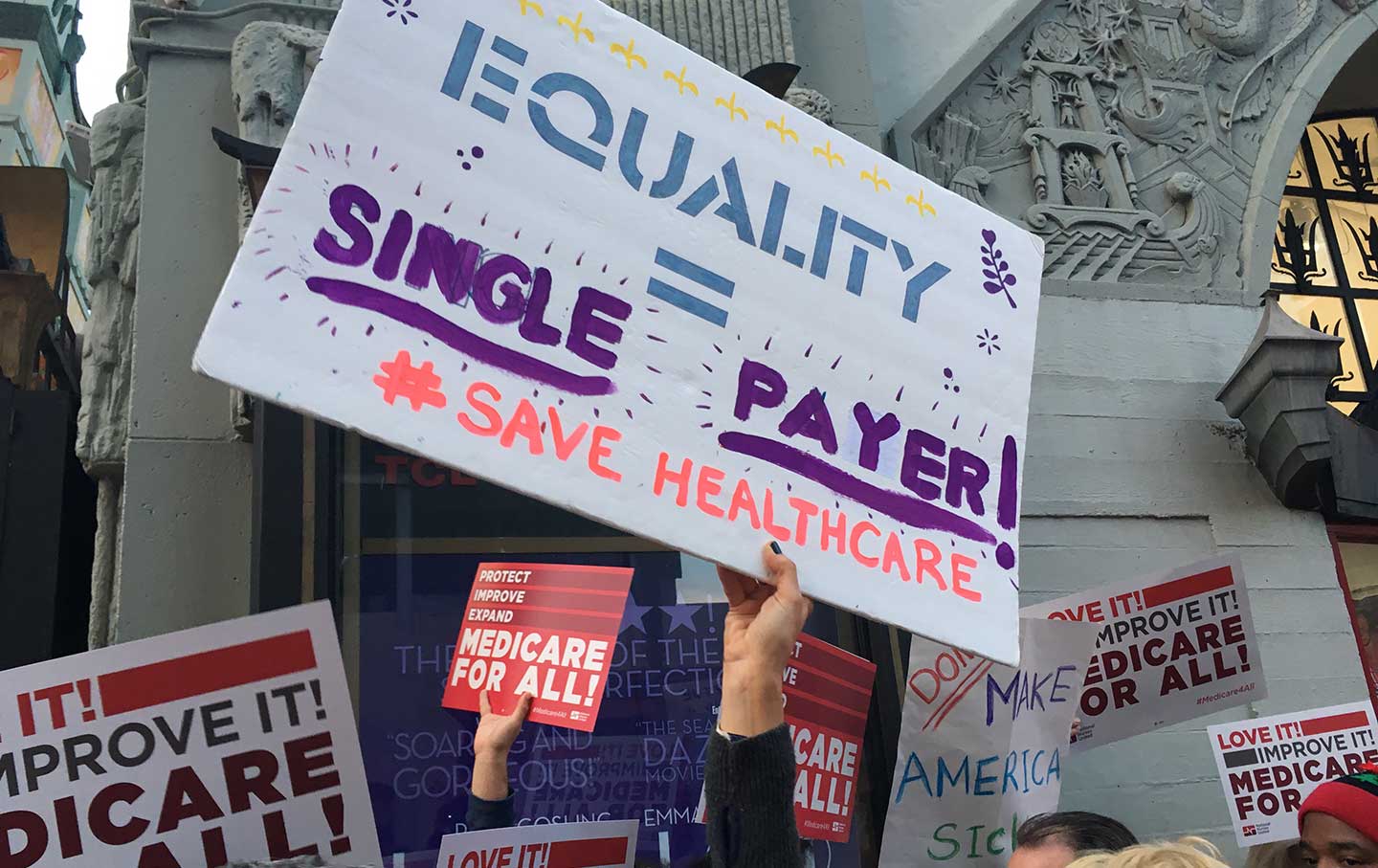 How Would ‘Medicare for All’ Help Health-Care Workers?

“We wanted to file together to be stronger, to be a stronger word heard, and we was told we were not able to do that,” Hobson said.

Murphy Oil, which operates retail gas stations in 26 states, is one of three employers that have asked the Supreme Court to validate the joint and class-action waivers they’ve written into employment contracts. The other two, medical software company Epic Systems and the professional services firm Ernst & Young, are facing similar wage-and-hour claims from groups of employees.

An estimated 24.7 million American workers have been barred from bringing a class action claim to defend their employment rights.

In all three disputes, consolidated under the name Epic Systems Corp. v. Lewis, workers are fighting to keep their right to sue collectively.

This moment has been a long time coming. Over the past few decades, a series of Supreme Court decisions has gradually expanded employers’ ability to set the terms for the litigation of workplace disputes. In 2001, the Supreme Court ruled that employers can require employees to bring their claims through arbitration. In 2011, the justices upheld a class-action waiver in AT&T’s standard-form consumer contract, but a dispute remained over whether the same applied to employment contracts.

Along the way, the justices have been fiercely split on both the issues of mandatory arbitration and class-action waivers, and Epic Systems is no different. At oral arguments on October 2, the Court appeared divided once more, this time over the question of whether companies can require workers to arbitrate their claims on an individual basis.

Justices Kagan, Breyer, Sotomayor, and Ginsburg all came to the defense of workers’ right to sue collectively, while Justice Alito and Chief Justice Roberts appeared more sympathetic to the employer’s position. Justice Gorsuch, the newcomer to the Court, remained notably silent, though his rulings from the lower court suggest he may favor the employers. Justice Thomas, who almost never speaks during arguments, has favored the employer position in the past.

Justice Kennedy toed a middle ground, though he at times appeared more sympathetic to the employers. A ruling for the companies would decimate employees’ ability to sue for wage-and-hour and discrimination claims, and many labor advocates fear the worst.

According to new data published last month by the Economic Policy Institute, 56.3 percent of non-union private-sector employees are currently subject to mandatory-arbitration agreements, and of those, 41.1 percent have also waived their right to a class-action claim. Put simply, an estimated 24.7 million American workers have been barred from bringing a class-action claim to defend their employment rights.

In most cases, workers sign these agreements as a condition of their employment. In other words, as Justice Ginsburg proclaimed during oral arguments, they are “yellow dog” contracts, in that “there is no true liberty to contract on the part of the employee.”

Alexander Colvin, a Cornell University professor who authored the EPI study, said many employers have held back on implementing class-action waivers simply because they’re not sure the waivers are legally enforceable. If the Supreme Court rules in favor of the employers in Epic, he expects the numbers to increase significantly.

“I think it will effectively cut the legs out from beneath collective and class actions,” Colvin said.

Historically, arbitration was the venue of choice for merchants on equal footing with each other to hash out disputes behind closed doors. Today arbitration is often forced on employees and consumers by corporations in order to keep lawsuits private and to keep company costs down. Employees are less likely to win in arbitration, and if they do win, they’re likely to receive less money than if they had gone to court, according to Colvin.

Individual plaintiffs are also far less likely to find and be able to afford a lawyer than if they bind together in a joint or class action. Cynthia Estlund, who teaches labor and employment law at New York University, said claims just tend to “disappear” when companies impose mandatory arbitration.

“Plaintiffs’ lawyers are voting with their feet,” she said. “It’s just apparently not worth it.”

For low-wage workers, joint and class actions really are the only viable option to recovery when they’ve been underpaid or discriminated against.

“I think people haven’t really processed the extent to which arbitration agreements are vitiating the whole array of employment rights that are primarily enforced through private litigation,” Estlund explained.

If the employers win in Epic, American workers like Sheila Hobson won’t lose their employment rights. But millions of them will lose their ability to make sure those rights are enforced.

“It’s another example of the availability of statutory rights being more theoretical than real,” said Michael Rubin, a partner at the law firm Altshuler Berzon, which represents workers and labor unions. He pointed to provisions like non-compete agreements and broad confidentiality agreements, which companies are increasingly using to stifle worker mobility at little or no risk to their bottom line.

“You have a right under Title XII [of the Civil Rights Act] to be free from race, gender, sexual-identity discrimination, you have a right under the [Fair Labor Standards Act] to sue,” said Rubin. “But if in practice the only way to you can protect those rights is to bring an individual arbitration claim in a confidential proceeding before an arbitrator selected by your employer, you don’t have those rights at all.”