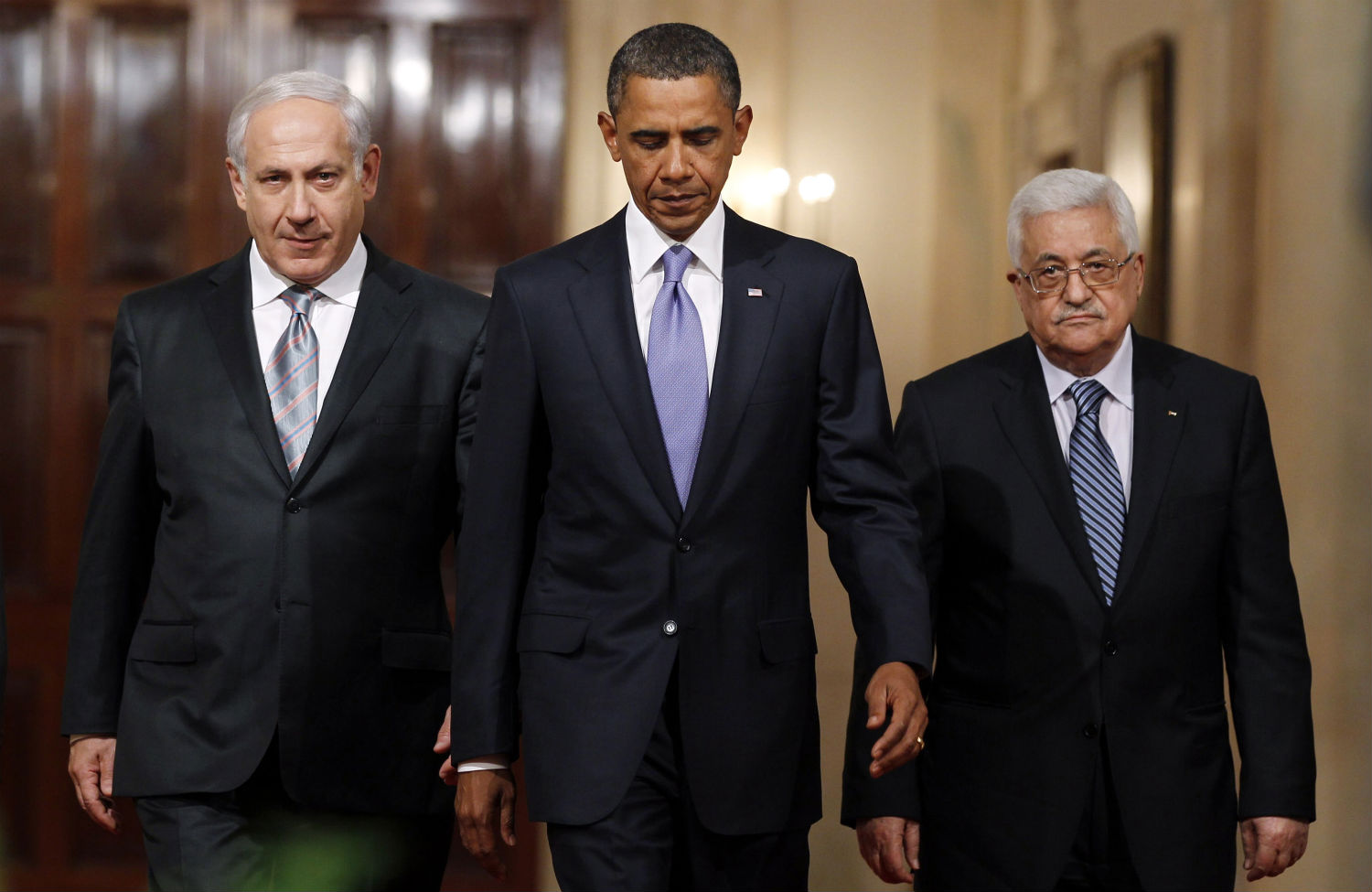 The deadline, supposedly April 29, for a deal of some kind between Israel and the Palestinians—what Secretary of State John Kerry calls a “framework agreement”—is close, and although the talks appeared to have fallen apart earlier this month, the two sides held what The Wall Street Journal calls “a rare meeting without U.S. mediator Martin Indyk present” on Sunday. It isn’t clear what the meeting means, and it may be too late for any deal to be reached by the end of April, but at least Kerry is putting the blame for the roadblocks where it belongs: on Israel and Prime Minister Benjamin Netanyahu.

To recap: last week, testifying before the Senate Foreign Relations Committee, which he used to chair, to howls of outrage from Israel and from its American partisans, Kerry directly blamed Israel for sabotaging the talks, by announcing the construction of 700 settlements in occupied territory outside Jerusalem. “Poof!” said Kerry, describing how the talks came to a sudden halt. “That was sort of the moment.” Israel also threw a tool-box full of monkey wrenches into the talks by refusing to release a fourth group of Palestinian prisoners, though they had pledged to do so as part of the Kerry-led talks. Following those actions by Israel, the Palestinians announced their intention to apply for membership, as a state, in more than a dozen United Nations organizations, and then Netanyahu escalated by declaring his intent to take more “unilateral” actions that would further throw the talks into the deep freeze. But it was clearly Israel, and its intransigent prime minister, who was chiefly to blame for wrecking the talks.

It wasn’t only Kerry who put the blame on Israel. As The New York Times reported last week:

Tzipi Livni, the justice minister and the government’s chief negotiator with the Palestinians, said she believed that Uri Ariel, the housing minister, had acted deliberately to sabotage the peace effort.

Hardly a liberal peacenik, Livni is a former member of the ultraright Likud coalition. But more recently, she’s emerged as a strong advocate for a two-state solution, and the fact that she was named as Israel’s chief negotiator was thought to be a good sign, at the start of the talks in 2013. Now, Livni is engaged in political warfare with the far-right components of the ruling coalition—not only Housing Minister Ariel but Economy Minister Naftali Bennett, too, who Livni says is the representative of Israel’s fanatical settler movement, including the settlement of Yitzhar, where settlers attacked security police recently, and not of Israel itself. According to Haaretz, the Israeli daily, Livni added:

And so everything is connected. This man and his party are damaging Israel’s security. They’re the ones trying to make sure that there’s no peace agreement—that the young men of Yitzhar become official Israel. I won’t let this happen.

Bennett, the leader of the hardline Jewish Home party, closely affiliated with the settler movement, and other extremists inside Netanyahu’s coalition, are the ones sabotaging the talks, says Livni. Reports The Times of Israel:

She also accused the hard-line “Jewish Home,” a pro-settler party, of trying to thwart her efforts. She took special aim at the party’s leader, Naftali Bennett, and Housing Minister Uri Ariel, a strong supporter of Jewish settlements.

“There are people in the government who don’t want peace,” Livni said. “Bennett and Uri Ariel represent those who want to prevent a peace process.”

So far, it seems that Netanyahu is leaning toward the hardliners. But Livni’s courageous stand provides crucial cover for Kerry’s decision to blame Israel for the breakdown. And that’s important, because even a slight move by Kerry to take the Palestinian side in the talks will terrify Israeli politicians and political powers. Although it often seems as if Israel is immune to American pressure, in fact that pressure is rarely applied, and Israel is so dependent on the United States for political support—in the UN, say—and for American economic and military support that even a slight indication that the United States is reviewing its Israel policy will send chills down Israeli spines. The problem, historically, is that the United States has rarely been willing to use that influence.

Kerry, naturally, is under fire from the Israel lobby’s partisans on Capitol Hill. But they’re greatly weakened, because of their opposition to the ongoing US-Iran talks, which appear to be progressing successfully. When the Israel lobby on the Hill and its organizer, the American Israel Public Affairs Committee, tried to sabotage the Iran talks by legislating yet another round of anti-Iran sanctions, President Obama’s White House in January suggested that backers of those sanctions want war with Iran, and called their bluff. As I reported back in January, a White House statement said:

If certain members of Congress want the United States to take military action, they should be up front with the American public and say so. Otherwise, it’s not clear why any member of Congress would support a bill that possibly closes the door on diplomacy and makes it more likely that the United States will have to choose between military options or allowing Iran’s nuclear program to proceed.

That statement shocked AIPAC and its allies to the core. Right now, despite Israel’s intransigence, Obama and Kerry hold all the high cards. Let’s see if they lay them down.