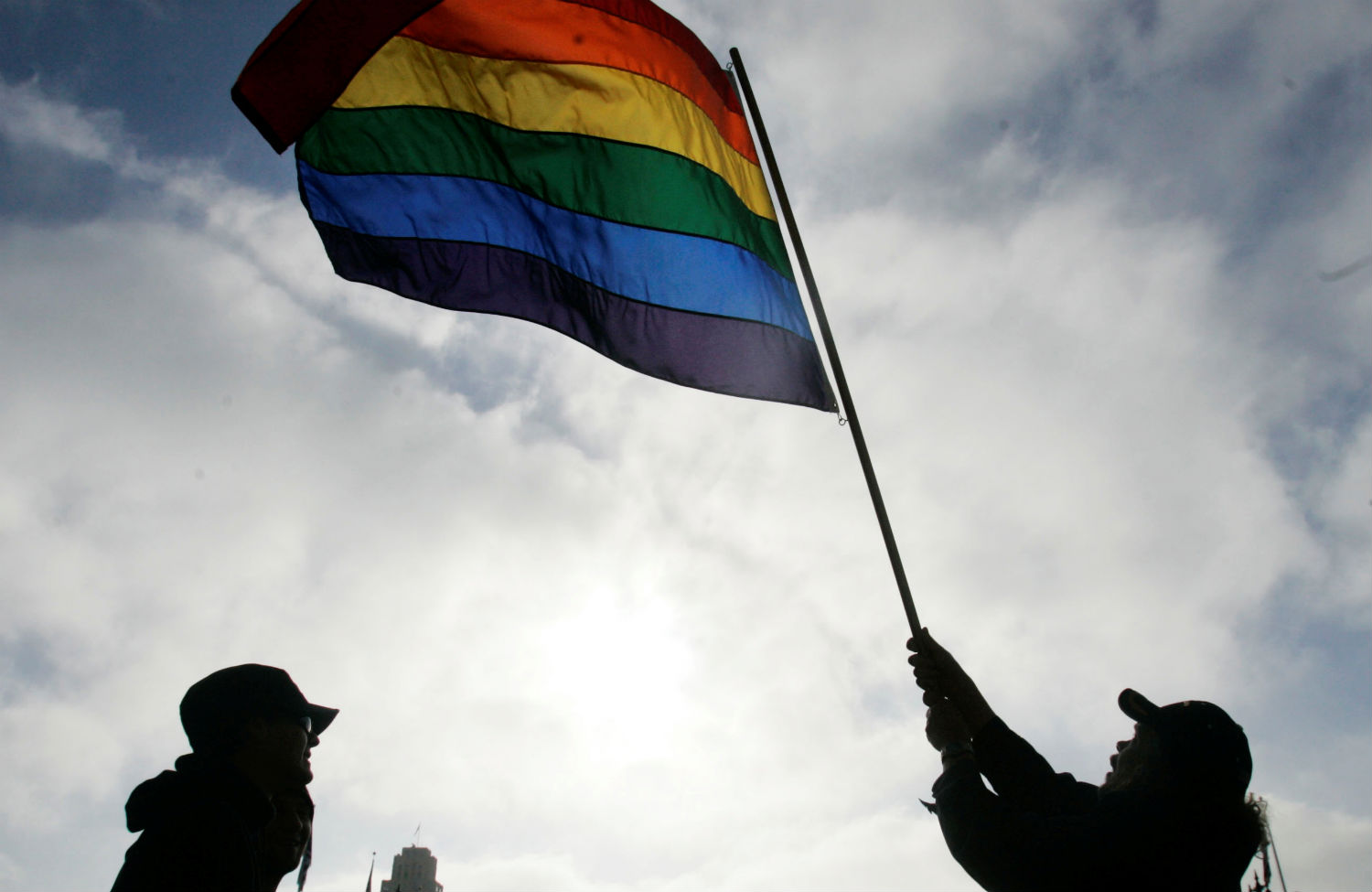 Last night the Senate voted 61-30 to consider a law barring employers nationwide from discriminating against gay and transgender workers. Seven Republicans joined Democrats in support of the Employment Non-Discrimination Act (ENDA), marking the first time the Senate has taken up workplace protections for transgender Americans, and the chamber’s first consideration of legal rights for gay workers since 1996, when a version of ENDA was defeated 50-49.

Although the bill is expected to pass the Senate later this week behind overwhelming popular support, ideological resistance from House Republicans may keep it from becoming law. On Monday, Speaker John Boehner indicated that he will refuse to bring ENDA up for a vote. “The Speaker believes this legislation will increase frivolous litigation and cost American jobs, especially small business jobs,” said a spokesman.

ENDA’s dim prospects in the House illustrate how far right of the American mainstream the GOP has been pulled. More than 70 percent of the country supports legislation extending legal protections to gay and transgender workers, according to a recent Washington Post poll. In Mississippi, the state with the lowest level of support, 63 percent of residents approve of such legislation. Pollsters found the highest level of support in Massachusetts, with 81 percent in favor. Twenty-two states already bar employers from discriminating based on sexual orientation, and seventeen of those laws cover transgender workers.

“The movement of the country is way ahead of where Congress is,” said Liz Abzug, a political consultant, civil rights advocate and the daughter of Bella Abzug, who introduced the original legislation protecting gays and lesbians from discrimination in 1974. “It’s taken too long, and it’s unfortunate it may not pass the House at this point in history when we’ve gotten all sorts of gains for the LGBTQ community, including gay marriage and repealing ‘Don’t Ask, Don’t Tell.’ ”

Republicans themselves acknowledge they need to revise their position on gay rights in order to stay relevant. “Already, there is a generational difference within the conservative movement about issues involving the treatment and the rights of gays—and for many younger voters, these issues are a gateway into whether the Party is a place they want to be,” reads the RNC’s 2012 autopsy. The American Unity Fund, led by heavyweight conservative donor Paul Singer and former Republican National Committee chairman Ken Mehlman, recently hired former Republican lawmakers to lobby for ENDA. Two Republicans, Susan Collins of Maine and Mark Kirk of Illinois, co-sponsored the legislation in the Senate, and it has a handful of Republican co-sponsors in the House.

But in the lower chamber, the ideological flank that has been pulling the party to the right since 2010 is calling the shots. Fresh from triggering last month’s shutdown, the Heritage Action Fund plans to punish Republican lawmakers who vote for ENDA by marking them down on Heritage’s legislative scorecard. In opposing workplace protections for gay and transgender Americans, Heritage claims to be standing up for “business owners’ civil liberties,” which “would be trampled upon” by the law.

Business owners don’t seem particularly worried, themselves. According to the Government Accountability Office, employers have received “relatively few” discrimination complaints based on sexual orientation or gender identity in states with such protections. Almost 90 percent of Fortune 500 companies have put anti-discrimination policies in place to protect gay employees, and more than half of those policies also cover transgender workers. Dozens of prominent corporations including Apple, BP America, Citigroup, Coca-Cola, General Motors, Google and Hewlett-Packard explicitly support ENDA. Even the Chamber of Commerce is neutral on the law.

As companies and states put forward their own protections, mistreatment in the workplace continues to be a real and pervasive experience for gay and transgender Americans. As many as 43 percent have experienced discrimination at work, from earning less than straight colleagues to being fired based on their sexual orientation. In one study, 90 percent of transgender employees reported being harassed or discriminated against, or concealed their gender identity to avoid it. House Speaker John Boehner claims that such discrimination “is covered by existing law,” but in fact LGBT workers in more than half the states have no legal protection from being fired or passed over for a position because of their identity.

“A federal, enforceable law is the strongest thing you can get to protect your full civil rights,” said Abzug. “I don’t think we’ve done a good job at making this a number-one priority.” She noted that many Americans have no idea workplace discrimination is still legal in many states. “I think that if the gay community put as much pressure around this… as it did on ‘don’t ask, don’t tell’ and gay marriage, this thing would have passed already.”

It’s true that ENDA hasn’t been as prominent in the national conversation as gay marriage, but the bill’s advocates are still far stronger than its opponents. There’s big money behind conservative PACs like American Unity that are rewarding Republican candidates who support gay rights. Beyond Heritage Action and conservative Christian lobbies like the American Family Association and the Family Research Council, there is little organized resistance to the law.

Partly, weak opposition reflects that significant concessions were made to win over conservatives, such as language ensuring that companies are not liable for disparate outcomes, only up-front discrimination. Advocates are worried that the religious exemption, which the Senate may revise this week, will be so broad that the law will not provide adequate protection. The exemption would allow any organization that may discriminate based on religion—for example, religious schools allowed hire teachers of a particular faith—to also discriminate against LGBT workers. “It gives a stamp of legitimacy to LGBT discrimination that our civil rights laws have never given to discrimination based on an individual’s race, sex, national origin, age or disability,” reads a joint statement issued by the American Civil Liberties Union, Lambda Legal, National Center for Lesbian Rights and the Transgender Law Center. Republican Senators Kelly Ayotte and Rob Portman, who provided the final votes needed to advance ENDA on Monday, only did so after a cloakroom deal in which Democrats agreed to allow votes on several amendments that would widen the religious exemption.

What’s truly holding ENDA back now is Boehner’s capitulation to the hard right. If ENDA fails to get even a vote in the House, it will be another symptom of a gerrymandered political landscape in which Republican representatives fear primary attacks from the right more than punishment from popular opinion. That’s what has empowered the wing-nut coalition in the House, already at great cost. Adding basic rights to that tally should be a sobering reminder that undemocratic electoral processes produce undemocratic governance.

Sean Guillory on the LGBT movement’s fight against repression in Russia.