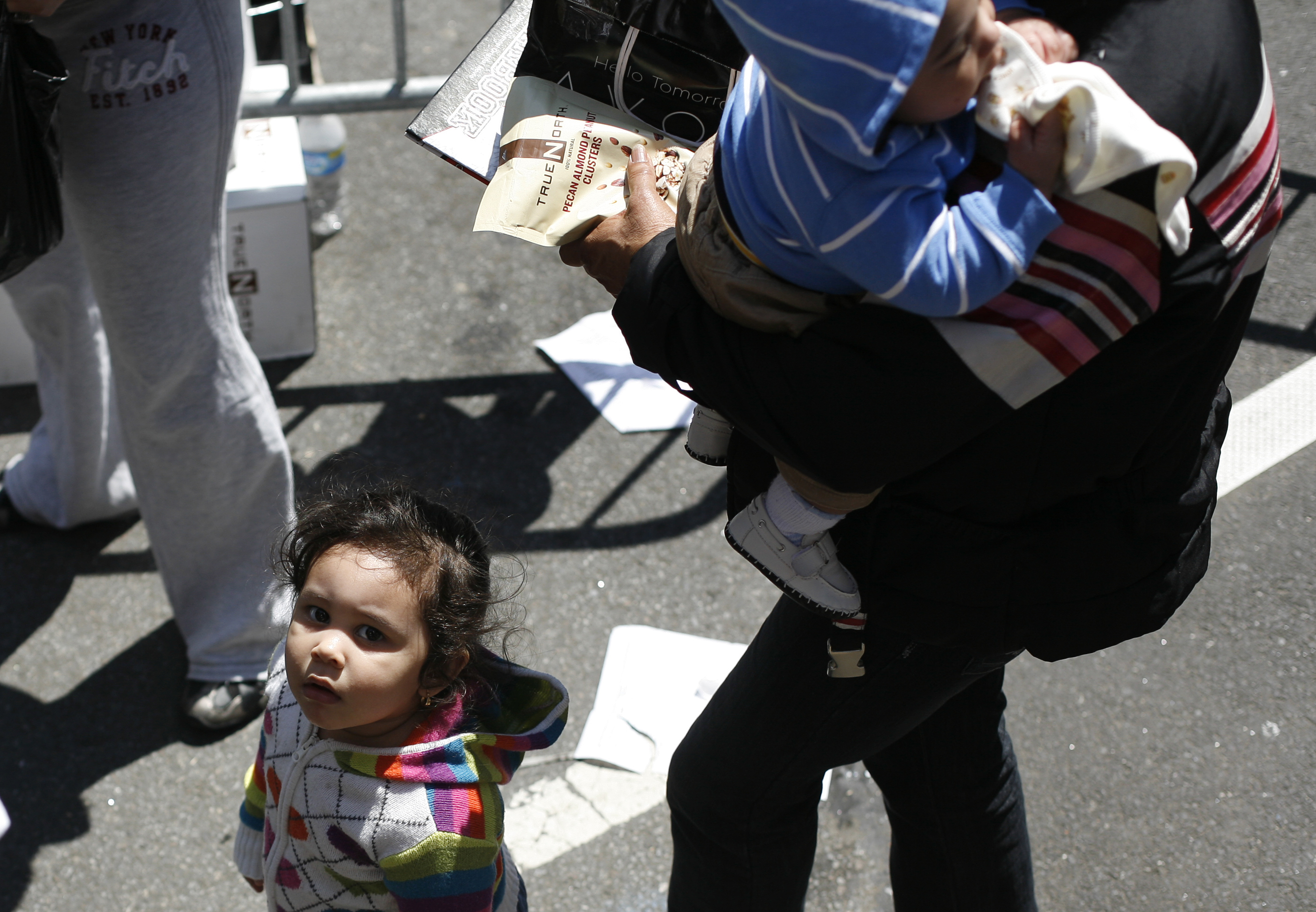 Imagine you’re a single mother working a minimum-wage job with a toddler at home. You don’t make enough to cover all of your family’s necessities (a minimum-wage income isn’t enough to even afford rent), so you have the Supplemental Nutrition Assistance Program and WIC to help you afford food. Perhaps you’re lucky enough to get Section 8 vouchers to help cover rent. You’re also fortunate enough to be one of the 26 percent of poor families with children who qualify for welfare assistance, but that runs out by mid-month.

So when your diaper supply also runs out mid-month, where can you turn to help you afford that incredibly basic necessity? Not SNAP, nor WIC, nor most other programs. They won’t let you spend benefits on diapers. Your daycare center won’t take your toddler without some, so you’re forced to stay home with him. You do what Shanique Brown did: she skipped work and constantly asked her son if he needed to go to the bathroom while she “cried and cried.”

A lawmaker in California wants to change that and has penned the first-ever bill to address diaper need, which would give families on welfare with children under two $80 a month to cover diapers. That would mean mothers who can’t afford diapers—30 percent of women across incomes and demographics say they’ve faced this problem at some point—won’t have to resort to stretching dirty diapers, risking infections and rashes, or go hat in hand to friends and family.

Sounds pretty logical, no? But every time the fact that mothers struggle to afford diapers—not just low-income ones, as the survey linked to above indicates—crops up, the same reaction can be counted on: “Why should I subsidize the choices of a woman who had a baby she couldn’t afford?” (Thoughts to this effect have dogged the lawmaker who introduced California’s bill.)

This isn’t an idle question among trolls, however. This idea, that poor women who want to be mothers shouldn’t be subsidized, has driven public policy. Take welfare reform, which implemented work requirements as a condition of getting cash assistance and, while it promised to help mothers with childcare, has dropped the ball. Worse, while benefits are meant to rise for each child in a family—given that the family will need more resources to cover another person—sixteen have capped benefits at a certain number of children in the idea that it will discourage poor women from having more.

Never mind that the caps don’t seem to have that impact, but do end up pushing poor moms further into poverty.

Worse is the fact that these policies and the reactions to diaper assistance are both based on faulty, if not completely incorrect, premises. The welfare queen, the boogeyman held up by President Reagan as a woman who drives a Cadillac and commits extensive welfare fraud, was a myth, but it hasn’t stopped many after him from expanding the caricature to describe women who supposedly have more children to get more benefits. Before welfare reform, just 10 percent of the families who got welfare had three or more children. Today, average family size is the same whether a family gets public assistance or none. Your family probably looks a lot like a family on welfare.

This is true despite the fact that poor women have a much harder time getting the contraception they need. In 2012, 20 million women needed publicly funded contraception, but just 6.1 million were served by publicly funded clinics, meeting a mere 31 percent of the need. So poor women get it both coming and going: we penalize them when they don’t want to be mothers and then penalize them when they do want to have kids.

While low-income women get punished for having children, however, we still think of ourselves a country with strong family values that upholds the virtue of motherhood. Remember how quickly Democrats had to scramble to reaffirm that Ann Romney’s role as a stay-at-home mother over her husband’s career was the “most important” job during the 2012 campaign? Or the ads for the 2012 Olympics declaring that being a mom is “the best” job? We endlessly defend the choices of the middle- to upper-class women who don’t work and instead parent. We even subsidize higher-income parents through the tax code, giving the middle, second highest and highest income brackets nearly $30 billion through the Child Tax Credit. Republicans want to expand it further so that the wealthy get more.

But when a poor mother or a mother of color wants to have children and needs a small, small thing like help buying a diaper to make it all work, we recoil from her need. We have no right to dictate how many children a poor or a rich woman can have, and we owe it to all mothers to ensure that they have a simple thing like a diaper when they do.