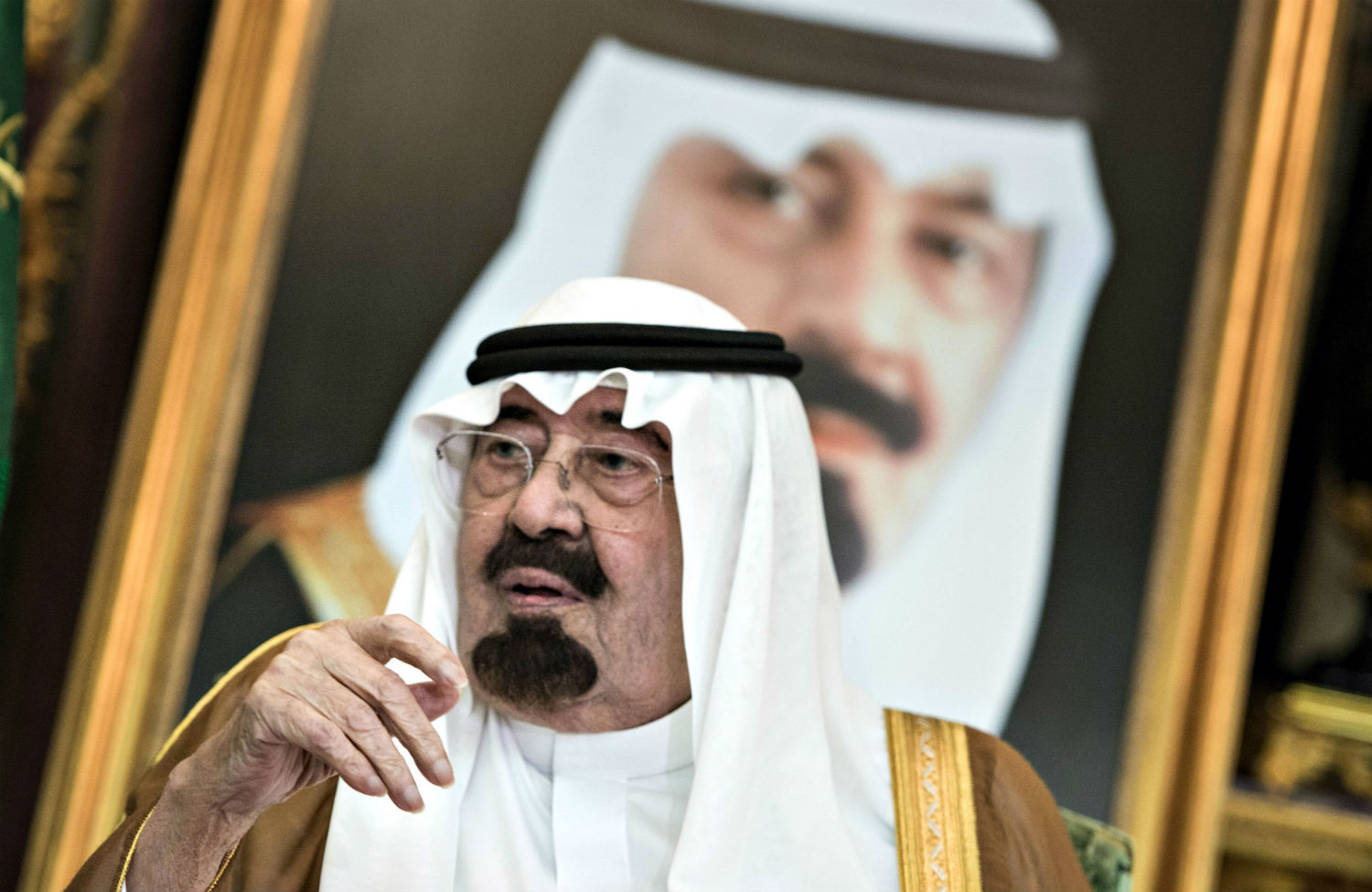 “The chairman of the Joint Chiefs of Staff has established a research and essay competition in honor of Saudi Arabia’s King Abdullah Bin Abdul-Aziz hosted by the National Defense University…. Army Gen. Martin E. Dempsey said the essay competition is a fitting tribute to the life and leadership of the Saudi Arabian monarch.”
—Department of Defense News

Dear General Dempsey, chairman of the Joint Chiefs of Staff,

I understand you’ve set up a competition for the best essay in honor of the recently deceased King Abdullah of Saudi Arabia, with whom you really hit it off. “In my job to train and advise his military forces, and in our relationship since, I found the king to be a man of remarkable character and courage,” you write. You’re far from alone in your praise: David Cameron spoke feelingly of the king’s commitment to “peace and prosperity” and to “strengthening understanding between faiths.” John Kerry called him “a man of wisdom and vision,” Barack Obama mentioned their “genuine and warm friendship,” and The New York Times called him “a shrewd force who reshaped Saudi Arabia.” (Paging the copy editor: Can a force be shrewd?)

I would love to enter your contest, General. Can you look at my notes and tell me if I’m on the right track?

Four Reasons Why King Abdullah Was the Best

1. King Abdullah was old school, and old school is good. We haven’t had a monarch like him in the West in hundreds of years, and look what a mess we’re in. Some people compare him to Louis XIV, absolute monarch extraordinaire, but I plan to argue that he was more like Henry VIII, because they both enjoyed beheading people and getting married a lot. Actually, most kings back then did the kinds of things Abdullah was famous for: throwing their enemies into dungeons, banning all religions but their own, public executions, torture, tossing ridiculous amounts of money about. The queens were much the same—look at Isabella I, who banished the Jews and Muslims from Spain and let the Inquisition set up shop in her country. In some ways, Abdullah was a lot like her. Not entirely—there was that business with expelling the Muslims (expelling the Jews, good!), plus Isabella had an egalitarian marriage with King Ferdinand, and she thought the world was round, as Columbus said—I wouldn’t want to suggest that Abdullah shared her progressive views on that! But they both ruled medieval, cleric-ridden kingdoms and did their best to keep them that way in a changing world. Do you think it would be an insult to compare Abdullah to a woman?

2. He made America feel good about itself again. In the years before 9/11, he turned a blind eye to Al Qaeda, which became our Enemy No. 1. It’s no accident that fifteen of the nineteen 9/11 hijackers, to say nothing of Osama bin Laden himself, were Saudi. Without the wars in Iraq and Afghanistan to concentrate their patriotic feelings, Americans might have spent the last twelve years getting really upset about inequality or global warming. War lets people feel virtuous and stout-hearted—especially now that only a small handful of volunteers actually fight in them. So, patriotic Americans, next time you thank a soldier for his or her service, give King Abdullah a mental tip of the hat for making those warm feelings possible.

3. He was a boon to secularists the world over. Well, maybe not to Raif Badawi, currently in prison and awaiting the next installment of his 1,000-lash punishment for “insulting Islam.” But can you think of a better argument for separation of church and state than Saudi Arabia? As the West becomes more secular, it’s hard to show people how dangerous “faith” can be. “A little school prayer isn’t such a big deal,” they say. “Why must you nonbelievers be so rigid all the time?” Point out that the Catholic Church wants to ban abortion and you hear, “Oh, that Pope Francis is such a nice man!” But thanks to the king we can point to Saudi Arabia: look, this is where it all ends up—death for “apostasy,”each cleric issuing his own crazy fatwas, each judge issuing verdicts based on his own interpretation of the holy book, and nothing good on TV.

4. He was great for feminism. Christine Lagarde, the head of the International Monetary Fund, said, “He was a great leader, who implemented a lot of reforms at home and, in a discreet way, was a strong advocate of women, appropriately so.” Well, you can’t get more discreet than King A., who presided over a system in which a woman remains in the control of a male “guardian” her whole life, with his permission required to go to school, work, travel, marry, get medical treatment or even leave the house. Recently an imam raped and murdered his 5-year-old daughter because he thought she wasn’t a virgin. He served five months in prison. (Well, at least he didn’t get off scot-free, like the religious police in 2002 who forced schoolgirls back into a burning building to die because they didn’t have their abayas or headscarves handy—maybe his jail term was one of the king’s reforms.) Saudi Arabia is a boon to radical feminism—maybe men really are the enemy, as Andrea Dworkin said. But—and here we see the subtle genius of the king—his kingdom is also useful for antifeminists, who can always say, “Ladies of the West, why do you whine about abortion rights and unequal pay? Be glad you don’t live in Saudi Arabia!”

It isn’t everyone who can play both sides like that.

That’s what I have so far! Let me know what you think.