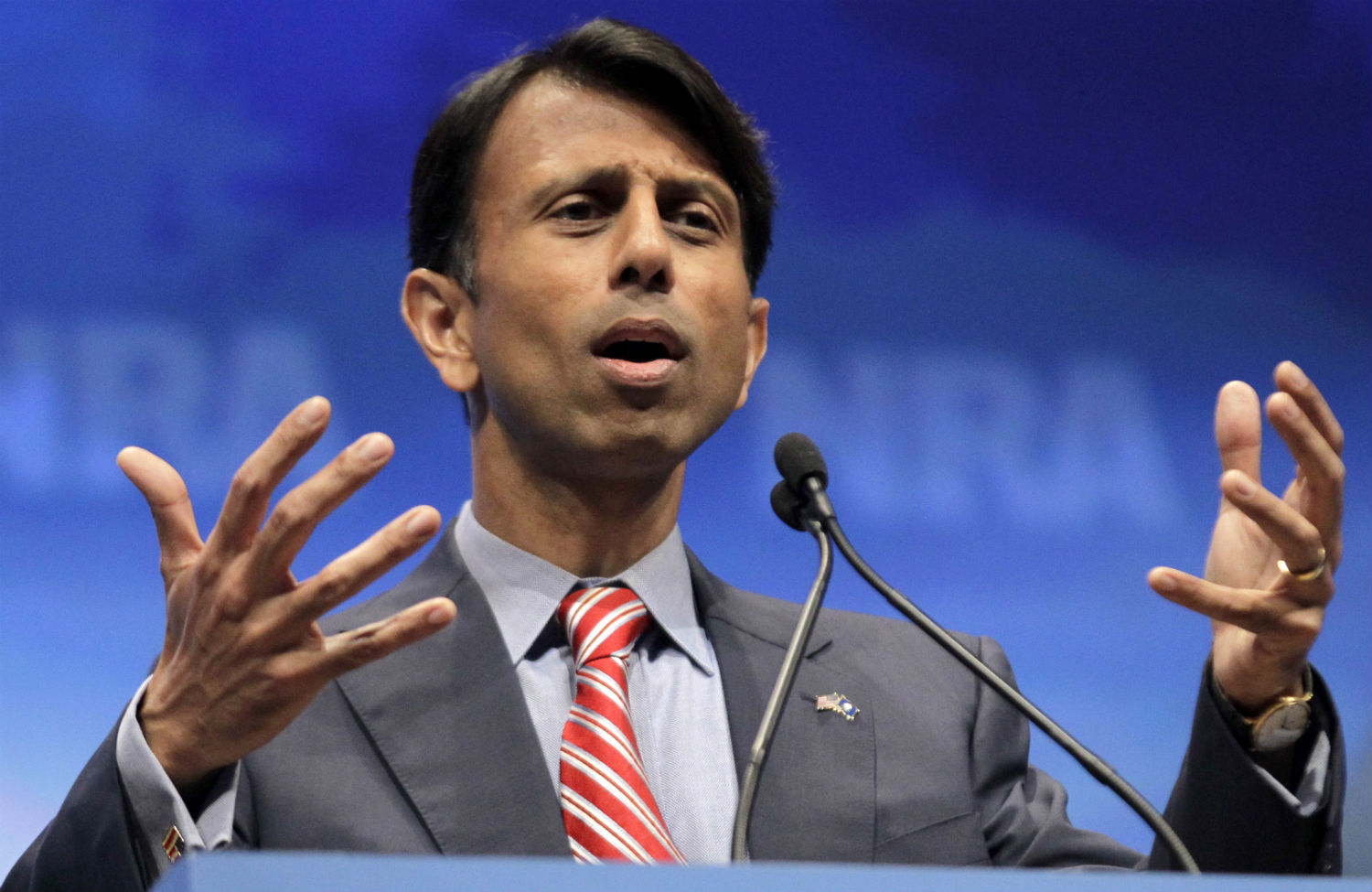 As Christie Watch noted last month, as unlikely as it might seem, Louisiana Governor Bobby Jindal is hoping to take advantage of Chris Christie’s troubles to emerge as a leading candidate for the GOP nomination. He’s speaking wherever he can, including in New Hampshire, and he’s putting together a group of political operatives for his pre-presidential political setup called America Next, which includes a veteran of Mitt Romney’s 2012 campaign and a consulting and a media expert from the Bush-Cheney campaign.

Jindal, a wonk with long experience in healthcare policy, wants to be known as the Republican Party’s idea man—after all, he once complained that the GOP was becoming “the stupid party.” To that end, he hopes, he and his political operation have just issued a blueprint on healthcare, which he’s offering to the Republican party as “open-source code” for their its leading candidates and members of Congress to put forward as part of their own anti–Affordable Care Act health plans.

If they do, it will result in what programmers call an “epic fail,” and it can only help Democrats in both 2014 and 2016.

You can read Jindal’s entire plan, The Freedom and Empowerment Plan, but here’s the gist. It would eliminate Obamacare, replacing it with a series of proposals that rehash much of what Republicans have been advocating for two decades. These include privatizing Medicare, eliminating employer-sponsored health coverage, collapsing Medicaid and shifting much more of healthcare costs onto consumers. Even National Review criticized one of the report’s proposals, a standard tax deduction for individuals buying health insurance equal to what employers currently receive. According to the magazine, the plan is “too disruptive to existing employer-provided insurance, and it does not help enough people get coverage. Replacing Obamacare with this plan would probably result in millions of people losing their coverage, and I think that would doom it.”

That’s the conservative critique of Jindal’s plan. The liberal critique is much sharper. The Louisiana governor promotes getting rid of Medicare as it currently exists, forcing seniors to buy insurance from private carriers as they did before 1965. His report notes, without irony, that this is the answer to Medicare’s financial problems. It is in fact the privatization of Medicare. But to disguise it, Republicans call it “premium support,” since some seniors would be given a subsidy, at least initially, to help them buy the private insurance. This is old hat for Jindal, who helped develop this idea when he headed the congressionally established Medicare Commission back in the late 1990s.

Since Jindal would eliminate one of the most successful aspects of Obamacare—its requirement that insurers must cover everyone, even those with pre-existing conditions, at almost the same price—Jindal has to offer an alternative. His plan is to return to what dozens of states used to offer, namely, high-risk insurance pools overseen by state regulators. However, these were last-resort insurance packages. The problem with the risk pools is that for most people who buy them, there are exorbitant premiums and out-of-pocket cost-sharing, long waiting times before the insurance actually covers the actual pre-existing condition, and restrictive eligibility rules.

Another proposal in Jindal’s plan is one that was a favorite of the Bush family, both President George W. Bush and his brother Jeb, when he was governor of Florida. The Bush-Jindal idea involves high-deductible insurance plans with a savings account in which tax-advantaged money can be put aside to pay for healthcare not covered by the insurance. This was touted as a key way to put consumers in charge of their healthcare, with the claim that it would make them wise purchasers and bring down health spending. Ignored was the fact that most people are not informed well enough to make the right choices about which plan to buy, what it covers, what it will cost them and especially how to decide what care to seek.

Developed by a phalanx of conservative think tanks in the 1990s, with political organizing for it orchestrated by Patrick Rooney, then-head of Golden Rule Insurance Company which pioneered the product, it made headway in Congress when George W. Bush promoted it in his first State of the Union address and pressed for tax changes and congressional action that allowed it to take shape. On the state level no one was a more ardent support of the concept than Jeb Bush. He helped enact legislation requiring all insurers in Florida to offer this insurance product and he set off on a two-month road show throughout the state to promote it.

The high-deductible insurance plans never got much traction because people with them are hit with high upfront costs to meet huge deductibles and often have large co-payments to boot. Then, too, the insurance plans usually put many restrictions on which medical providers people can use and limit what care is covered by the plan, and in other ways shift costs to individuals. And in the long run they may drive up healthcare costs because studies have shown that because of the high upfront costs, people forgo care they might otherwise have sought, ending up needing operations and other treatment that could have been prevented.

If that’s the best that Jindal can come up with, he’s hardly the Republicans’ idea man.