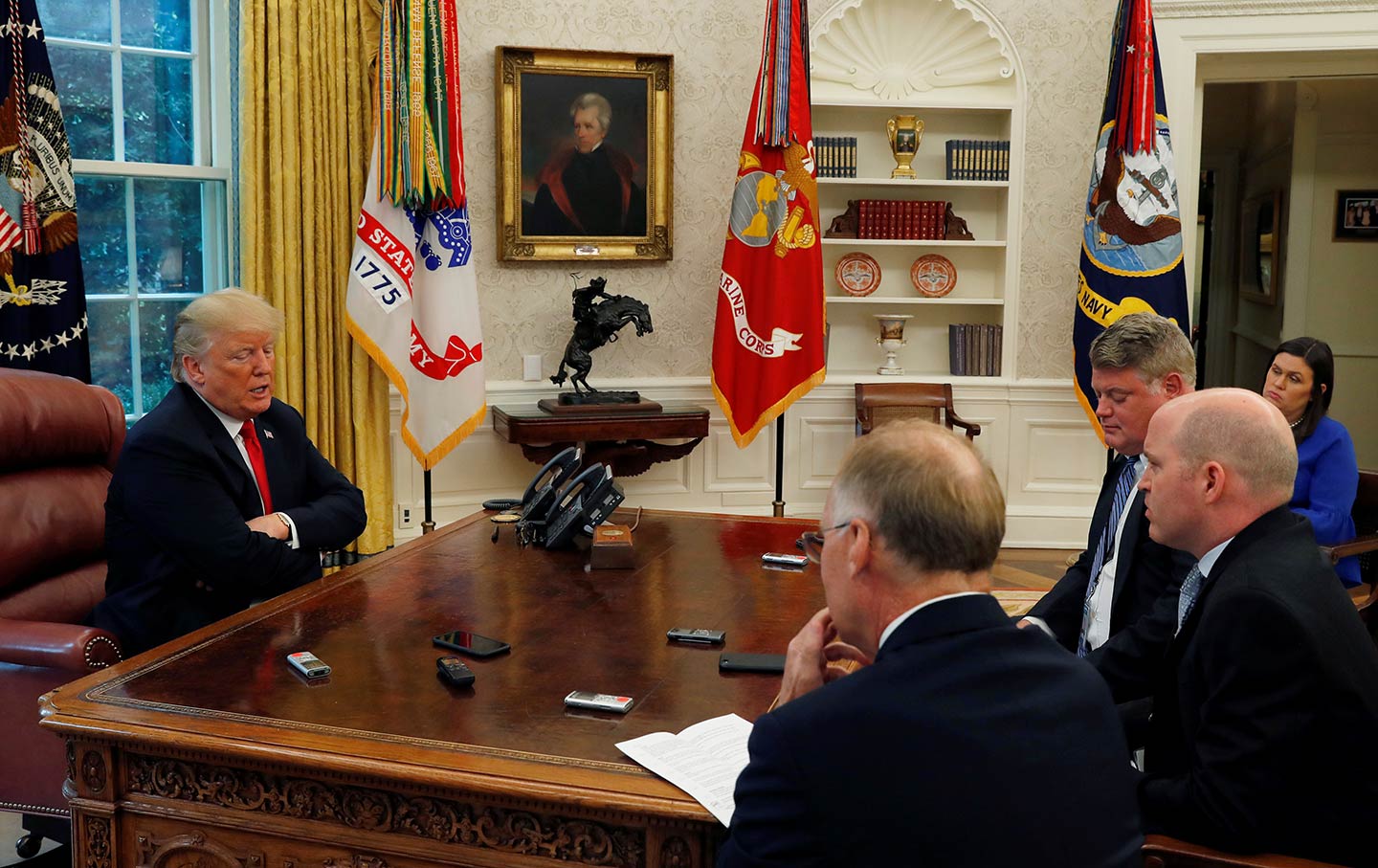 Half of all Americans want President Donald Trump impeached, according to an August 31 poll from The Washington Post and ABC News. Simply as an empirical statement about the current political moment in the United States, this is an extraordinary data point.

In modern history, never have so many Americans wanted to pursue such a radical, albeit constitutional, course of action against a president. The Post/ABC News poll found that 49 percent of the public wants the House of Representatives to launch impeachment proceedings against Trump, with 46 percent against. That 49 percent dwarfs the 29 percent who favored impeaching Democrat Bill Clinton in 1998, and it’s significantly higher than the 42 percent who supported impeaching Republican Richard Nixon in 1974.

But unless you were paying close attention over the Labor Day weekend, you wouldn’t have heard about this stunning news: It quickly disappeared from the media narrative of Trump’s presidency. Instead, we’ve heard ad nauseam about the New York Times op-ed by an anonymous Trump administration official and the resulting search for his or her identity; about Bob Woodward’s book Fear; and about Trump’s fury at both. These three developments were certainly newsworthy—but so is the fact that half of the American people apparently want the president impeached.

To ignore the support for impeachment is not merely a journalistic error; it has political consequences. In politics, when a big event occurs but the public is not told about it, the impact is muffled. In this case, the most obvious relevance is the November midterm elections, which could open a path to impeachment by giving Democrats majority control of the House. Indeed, in a clear warning sign for Republican prospects in November, the support for impeachment was not merely from horrified liberals and progressives. A staggering 49 percent of self-described independents favored impeachment, as did 15 percent of conservatives. (Nor can the Post/ABC poll be dismissed as an outlier; other surveys have also found higher than 40 percent support for impeachment.) 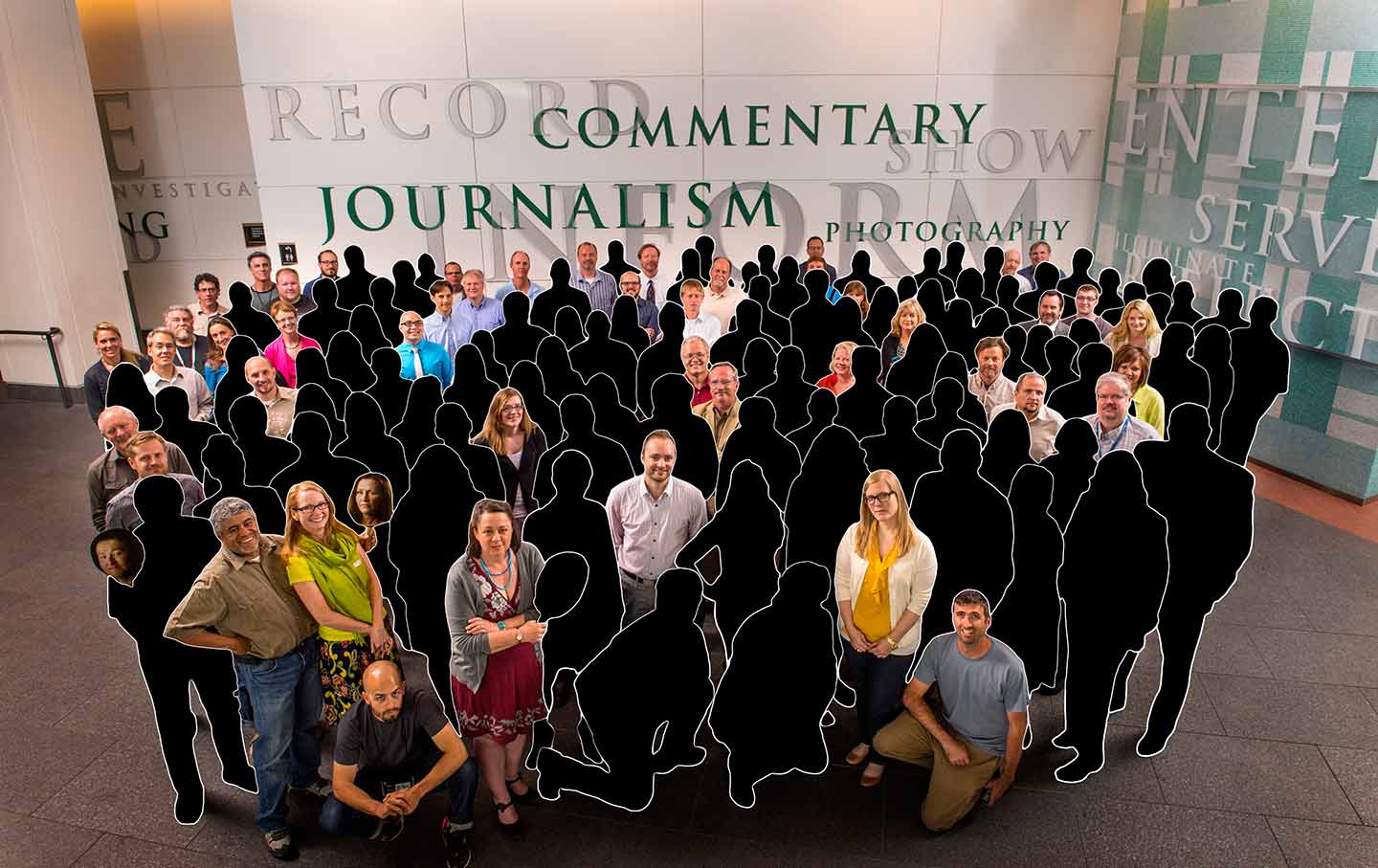 Lose Newspapers and You Lose Your Democracy

On the few occasions when major news outlets have discussed impeachment, “the not-so-subtle slant of their coverage…is that it would be a terrible idea,” wrote Robert Kuttner, the editor of The American Prospect. Kuttner quoted from a New York Times news article—not an opinion piece—that predicted pursuing impeachment “will inflame the Republican base and possibly hurt [Democrats’] chances of taking control of the House.” The Times story did note that many rank-and-file Democrats support impeachment; however, it portrayed this sentiment more as a problem for the Democratic Party leadership than as a phenomenon with its own worth. For news coverage to deprecate impeachment is all the more mistaken, Kuttner added, when “Trump keeps committing actions—in broad daylight—that are plainly impeachable,” such as urging the attorney general to protect Trump’s political allies while punishing his enemies.

Why are America’s most influential news organizations so skittish about the impeachment story? (I exclude from this discussion Fox News, which is not so much a news organization as a propaganda machine that amplifies and applauds whatever the Dear Leader in the White House says. Fox is actually one of the few outlets that has given impeachment much coverage—but only because Fox is channeling the right-wing belief that such scare talk will motivate the Republican base to vote in November.) Mainstream news outlets are downplaying impeachment not because they’re trying to do Trump any favors. Nor is journalistic incompetence to blame; the reporters, editors, and others who work at the nation’s top newspapers, websites, and networks are generally talented, hardworking people.

Instead, the explanation lies in one of the most fundamental yet rarely acknowledged characteristics of the Washington press corps: its tendency to operate as what I call a palace-court press. I coined that phrase 30 years ago while writing On Bended Knee, a book about the press and the presidency of Ronald Reagan. In the three decades since, a great many things about the mainstream media have changed—notably, the emergence of Fox and the rise of the Internet—but the palace-court behavior of the Washington press corps endures.

The Washington press corps is adept at discovering and detailing the conflicts and intrigues that rage daily within the palace-court society otherwise known as official Washington. There is informative coverage of what the king and his aides in the White House are trying to do (and, under this president especially, of how his aides are sabotaging one another). Likewise, there is ample, often insightful coverage of whether Congress and other powerful factions in palace-court society oppose or agree with the White House. And there is more than enough speculation (though it’s presented as news) about the likely outcomes of all this political maneuvering.

But what the Washington press corps almost never does is to step outside this mindset and convey views of other political actors, not even when reporting on opposition to the king. Too often, the Washington press corps’ definition of newsworthy sources is limited to the president, senior administration officials, and the most powerful members of Congress in each party. Thus it falls to the leaders of the opposition party to supply whatever criticisms will be included in news coverage of the president. If the opposition party’s leaders are unwilling or afraid to criticize the president—as was the case for most of Reagan’s presidency—the president’s news coverage ends up being relatively uncritical. But if opposition-party leaders deliver sustained, aggressive criticism—as was true throughout the Clinton and Obama administrations and during the second half of the George W. Bush administration—the resulting press coverage is tougher.

In the case of Trump, the Democratic leadership on Capitol Hill has decided, rightly or wrongly, that even talking about impeachment, much less advocating it, would be a mistake. To be sure, the House minority leader, Nancy Pelosi; her Senate counterpart, Chuck Schumer; and other top Democrats have blasted Trump on a range of issues. But they resolutely avoid impeachment. The publicly stated reason is that impeachment would be premature while the investigation by special counsel Robert Mueller is continuing. Off the record, these Democrats share the right-wing view that pushing impeachment could rile Trump’s base and motivate conservatives to vote on November 6, threatening the Democrats’ chances of taking control of the House and Senate in January.

Again leaving aside whether this is smart politics or not, these beliefs on the part of the Democratic leadership are faithfully reflected in how the palace-court press covers the issue. The coverage either avoids the impeachment question outright—as most mainstream news outlets did after the Washington Post/ABC News poll—or impeachment is dismissed as an impractical fantasy, since congressional Republicans have made it abundantly clear that they will never impeach, much less convict, Trump. Thus when backbench Democrats have managed, twice, to force votes on the House floor to initiate impeachment proceedings, there was next to no coverage in the major media.

It’s amazing that, despite all this, half of the American people want President Trump impeached. How many additional Americans might agree with them if the press were fully reporting on impeachment is impossible to know. What seems clear is that the country as a whole is ready for impeachment. It’s the elites in Washington who aren’t. At least not yet.