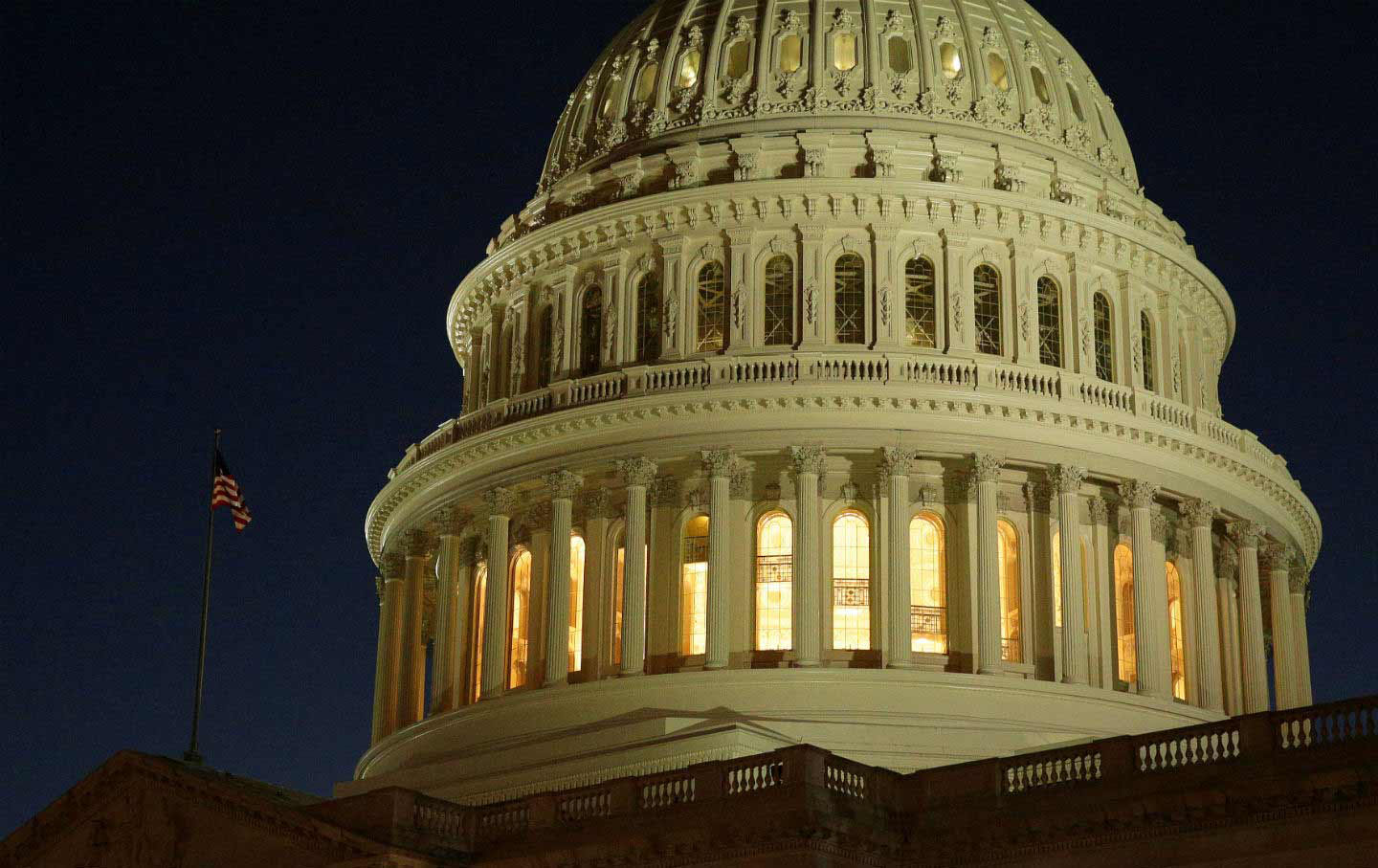 The US Capitol Building is lit at sunset in Washington, DC, December 20, 2016. (Reuters / Joshua Roberts)

One of the biggest scandals in American politics right now is that 13 Senate Republicans are developing a health-care bill that will impact one-sixth of the economy and the livelihoods of millions of Americans, and nobody knows the details. Republican senators outside that working group don’t know anything, much less their Democratic colleagues. There have been no public hearings, markups, or debates of any kind.

This has also created conditions for a spate of smaller, more specific scandals. There is a huge gap between what a very small number of people know about the fate of US health care, and what the public—and particularly the investing public—knows.

“The health-care legislation is ripe for stock-trading activity, political-intelligence work, and even insider-trading information,” said Craig Holman, government-affairs lobbyist for Public Citizen. “And when you take a look at the Republican health-care bill, which is all being negotiated in secret, these guys—and not only the members of Congress, but the staff who are working on it—have an ideal opportunity to cash in themselves, or even provide information others to handle stock-trading activity.”

Political-intelligence firms are a fast-growing sector in Washington: They spread out across the capital and gather information from various regulatory bodies, Pentagon offices, and congressional committees. They then sell this information to clients, who are often Wall Street banks and individual investors who use it to get ahead of markets.

If this sounds like insider trading, that’s because it basically is—though the legal lines around what constitutes a quid-pro-quo benefit are vague and sometimes difficult to enforce. There are many instances where a political-intelligence firm is clearly just providing basic, legal research for investors, but at times employees have been charged with insider trading. Earlier this year, the Justice Department indicted a political-intelligence professional for passing advance knowledge about Medicare-reimbursement rates, which he learned from an official at the Centers for Medicare and Medicaid Services, to two hedge-fund managers. The hedge-fund managers shorted the stocks of health-care companies that would be adversely affected by the rate change. They were also indicted, as was the CMS official.

But it’s generally hard to tell when a legal line is crossed, in part because there is no transparency around political intelligence firms. Provisions that would force these companies to disclose their clients were originally included in a 2012 government reform bill, but then–House majority leader Eric Cantor had it stripped.

Even though we don’t know who is receiving information from political-intelligence firms, and about what, experts have no doubt such firms are all over the health-care bill. “They’re all over Congress trying to get the quickest tip possible, because that brings them money,” said Holman. “There is absolutely no way to monitor that.”

The 13 senators working on the secret bill, and whatever staff members are aware of the details, surely know what industries will be winners and losers once the Senate draft bill becomes public Thursday. (Say, the degree to which medical-device companies will see their tax burden eased, or if reimbursements for a particular type of medical service will change.) Even if the bill never becomes law, stock prices will jump as soon as it is released, and these people can make their bets now, ahead of the market.

There is actually no rule that says members of Congress can’t invest in sectors they also help oversee, though certain instances veer into illegality. And it happens an awful lot during health-care legislation.

Representative Chris Collins is under an ethics investigation for investing heavily in a New Zealand biotech firm, Innate Immunotherapeutics—and encouraging other members of Congress to do the same—while simultaneously working to pass legislation that would benefit experimental-drug makers like Innate. Then-Representative Tom Price, now secretary of health and human services under Trump, took Collins’s advice last August. The company’s stock price has tripled since then.

In 2014, two aides to Senator Chuck Grassley were investigated by the Securities and Exchange Commission and the Department of Justice for allegedly passing along inside information about an increase in Medicare-reimbursement rates to Wall Street investment houses, dozens of which bought up health-insurance-company stocks ahead of the announcement.

Senate financial-disclosure forms don’t show that any of the 13 senators working on the health-care bill have made any large stock moves—or at least, none that have been disclosed yet. (The law says it must be done “promptly,” though that still can mean weeks.) And it’s near impossible to know what political-intelligence firms have been up to, particularly before we see the bill and know what industries or companies might uniquely benefit.

But a scandal arising from this process shouldn’t be a surprise. Our laws and regulations, or lack thereof, make it pretty easy to get rich while planning a secret overhaul of the health-care system.