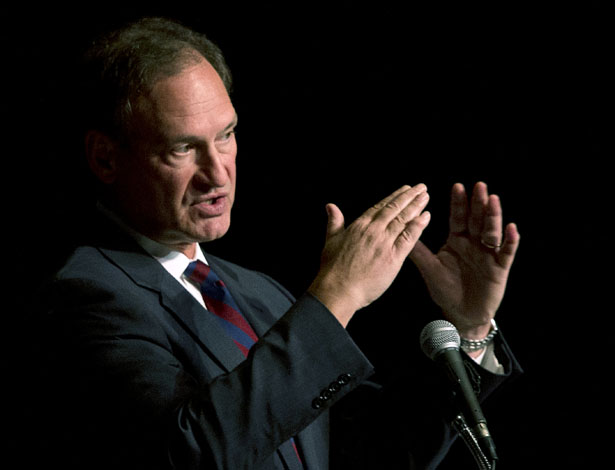 Facts are stubborn things, as John Adams famously said. Unless, that is, you’re talking about religion. Then facts don’t seem to matter at all: right you are if you think you are. The Hobby Lobby case was billed as a test of religious freedom versus the power of the state: Did the Religious Freedom Restoration Act (RFRA) mean that David Green, the evangelical Christian CEO of a chain of crafts stores, could be exempt from providing coverage for the full range of contraceptives for his employees under the Affordable Care Act? Green balked at including Plan B, Ella (another form of emergency contraception) and two kinds of IUD, because, he claimed, they caused “abortion” by preventing the implantation of a fertilized egg.

The Court’s 5-to-4 decision—which featured all three women justices ruling for the workers, and all five Catholic men ruling for the corporation—was wrong in many ways. But the thing I really don’t understand is why it didn’t matter that preventing implantation is not “abortion,” according to the accepted medical definition of the term. And even if it was, Plan B, Ella and the IUDs don’t work that way, with the possible exception of one form of IUD when inserted as emergency contraception. As an amicus brief from a long list of prestigious medical organizations and researchers laid out at length, studies show that emergency contraception and the IUD prevent fertilization, not implantation. They are not “abortifacients,” even under the anti-choicers’ peculiar definition of abortion. (Green is actually more moderate than some anti-choicers, who include hormonal contraception, aka “baby pesticide,” as abortion.) Why doesn’t it matter that there is no scientific evidence for Green’s position? When did Jesus become an Ob/Gyn?

For five members of the Supreme Court to accept a canard that happens to accord with their oft-expressed anti-choice views suggests that their sympathies from the outset lay with the anti-choice CEO and not his women employees. What about those workers’ religious freedom? The decision means that the government cannot compel a CEO to violate his religious beliefs, but a CEO can violate the religious beliefs of his workers. How is that fair? But then, it was a bad day all around at the Court for women and workers. In Harris v. Quinn, the same five justices ruled that home health aides, even when paid by Medicaid, are only “quasi public” employees, which means that those who refuse to join a union don’t have to share in the costs, even though all workers will benefit from union victories. Ninety percent of these aides are women, whose ability to bargain collectively will now be significantly weakened.

Where will it all end? “It is not for us to say that their religious beliefs are mistaken or insubstantial,” Justice Alito writes. There is no limit to religious requirements and restrictions in our land of a thousand “faiths.” Several companies have already filed cases that object to all forms of contraception, not just the four singled out by Hobby Lobby, and the day after the decision the Court clarified that its ruling applied to all methods. And why draw the line on legal exemptions at religion anyway? Plenty of foolish parents now risk their children’s lives and the public’s health because they reject vaccines on “philosophical” grounds. What happens when Aristotle, the CEO, claims that birth control—or psychotherapy or organ transplants—goes against his “philosophy”?

Justice Alito’s opinion is canny. Slippery slope? No problem: “our decision in these cases is concerned solely with the contraceptive mandate. Our decision should not be understood to hold that an insurance-coverage mandate must necessarily fall if it conflicts with an employer’s religious beliefs.” He specifically mentions vaccines, blood transfusions and protection from racial discrimination as being in no danger, but he gives no argument about why Hobby Lobby’s logic would never apply. In other words, birth control is just different. Of course, it’s about women. Anyone could need a blood transfusion, after all, even Alito himself. And it’s about powerful Christian denominations, too, to which this Court slavishly defers—for example, in the recent decision finding no discrimination in the Christian prayers that routinely open town council meetings in Greece, New York.

As Ruth Bader Ginsburg argues in her stirring dissent, there’s “little doubt that RFRA claims will proliferate, for the Court’s expansive notion of corporate personhood—combined with its other errors in construing RFRA—invites for-profit entities to seek religion-based exemptions from regulations they deem offensive to their faith.” The reason it’s unlikely the Supreme Court would uphold a religious exemption for vaccinations or blood transfusions is not something intrinsic to those claims; it’s simply that Alito finds them weird. Birth control is banned by the Bible? Sure. Blood transfusions are banned by the Bible? Don’t be silly. For now. We have no idea, really, how far the Court might be willing to extend RFRA. Could a CEO refuse to pay childbirth costs for unmarried women? Could he pay married men more because that’s what the Lord wants? (Actually, he’s probably already doing that.) But here’s my prediction: the day a religious exemption burdens by so much as a mouse’s whisker the right of men to protect their own bodies from unwanted, well, anything, is the day the Supreme Court Five discover that religion is not so deserving of deference after all.

It would be nice to think this ruling, which applies only to “closely held corporations,” will affect few women. Unfortunately, these are not just sweet little family businesses. As Ginsburg noted, some are huge—Dell, Cargill, Mars. Altogether, they employ some 52 percent of the workforce. True, most either offer contraception coverage already or are exempt because they employ fewer than fifty workers, but who’s to say what the future holds? Companies change hands, CEOs find Jesus—or Allah or Thoth or L. Ron Hubbard. It’s not reassuring that a CEO’s views of a fertilized egg get deference today, but workers’ contraceptive coverage is left to the fates.