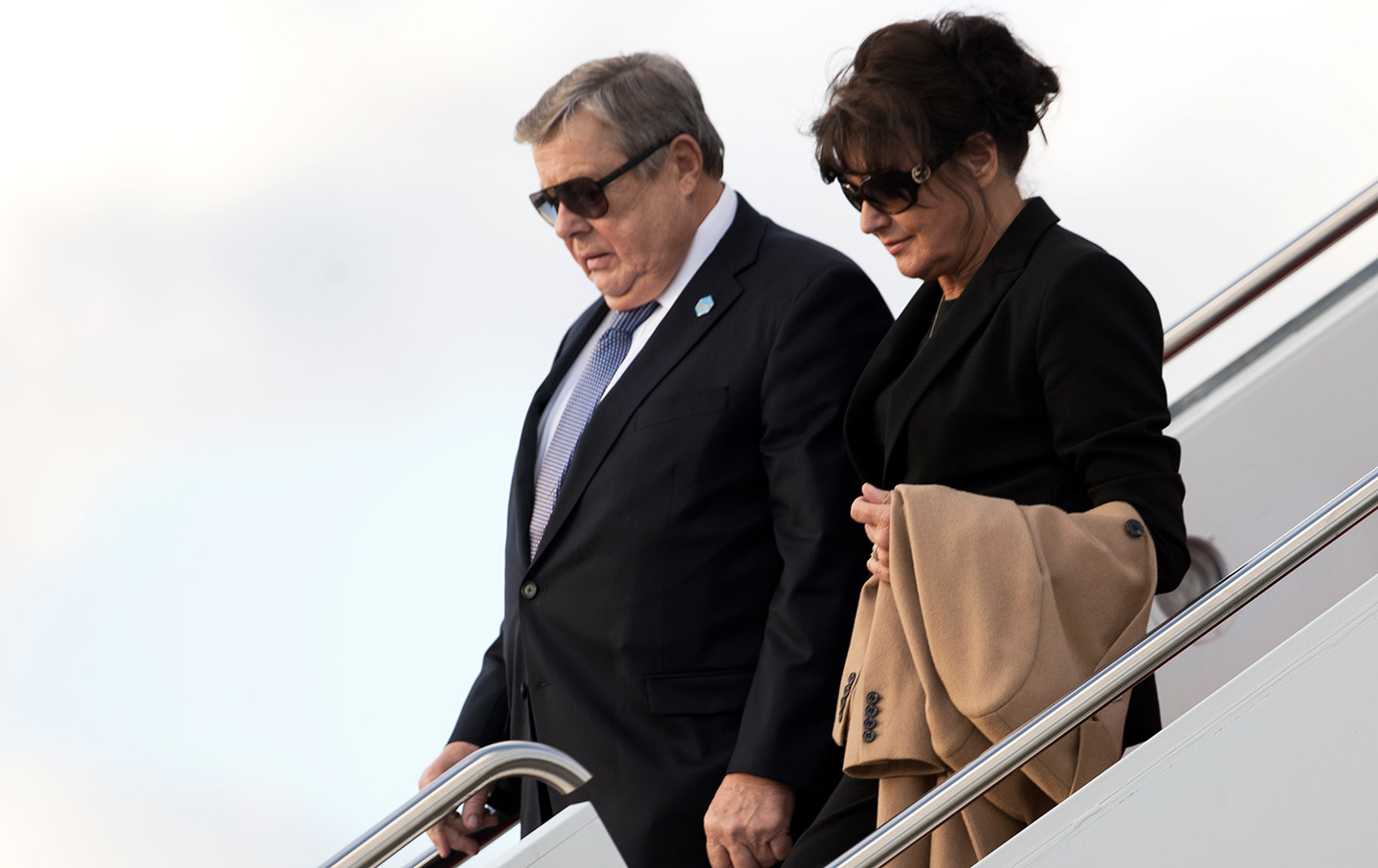 Last spring, as challenges to the Trump administration’s immigration ban were making their way through the federal courts, Saturday Night Live produced a spoof ad starring Scarlett Johansson as Ivanka Trump. Wearing a gold lamé dress, Ivanka walks across a softly lit room and waves to her admirers, while the voice-over introduces her new signature perfume, Complicit. The sketch was an instant hit and led to so much commentary that the president’s daughter was asked about it on CBS This Morning.1

I was reminded of the sketch when I saw the commercial that Donald Trump released on the first anniversary of his inauguration. This new ad features Luis Bracamontes, an undocumented immigrant recently convicted of killing two Sacramento-area sheriff’s deputies, telling the courtroom that “the only thing that I f— regret is that I f— just killed two.” An unseen narrator ominously warns that Trump is right about illegal immigration and that a border wall should be built, but Democrats stand in the way. The title of the ad? “Complicit.”2

The contrast between these two ads couldn’t be sharper: One pokes fun at the president’s daughter, the other points a finger at the Democrats over a specific policy. This turn of events is perhaps unsurprising—Trump has a talent for subverting any critical narrative directed at him and mobilizing his nativist base around it—but it is significant that the focus of one of his first reelection ads is an undocumented immigrant who committed a violent crime. The Bracamontes commercial uses the same ingredients as the infamous Willie Horton ad of 1988, which is to say fear and racism, and applies them to what has always been this president’s core issue: immigration. If you happen to think that spending billions of dollars on a border wall is an ineffective or wasteful policy, this ad paints you as complicit in murder.3

The language here is important. From the beginning, Trump has tried to change the terms under which this country debates immigration. Remember that “bad hombres” cross the border from Mexico. Remember that “illegal aliens” come here to “steal” jobs. Remember that Muslim immigration needs a “complete and total shutdown.” Remember that immigrants from Haiti, El Salvador, and Africa come from “shithole countries.” Now the president has begun to complain that “chain migration” should be stopped because it allows a single immigrant to “bring in virtually unlimited numbers of distant relatives.”4

That these labels aren’t rooted in actual facts hasn’t stopped Trump from using them. “Chain migration,” for example, is an academic term that refers to a specific migration pattern in which people from a particular town or area hear of a local’s success in another country and decide to follow the same path. This can often mean family members: Think about the Vietnamese nail salons in California, which grew out of a few businesses started by refugees in Sacramento, or the Irish and Italian immigrants in Boston and New York. But Trump is using the term “chain migration,” with its connotations of shackles and fetters, to refer to family reunification, which is the program that allows immigrants to sponsor their spouses and children and allows citizens to sponsor their parents and siblings. Annual caps already exist on the number of such visas, and the waiting lists are so long for some relatives, such as parents and siblings, that it takes many years for them to be processed.5

Family reunification has been part of US immigration policy for decades. Unless you’re an indigenous person, chances are that you or someone in your family came to the United States through this program. It was the principle of family reunification that allowed Mike Pence’s grandfather, Richard Cawley, to come here in 1923 to join his brother. It’s what also allowed Donald Trump’s mother, Mary Anne MacLeod, to join her sisters here in 1930. And it is family reunification that will likely allow Viktor and Amalija Knavs, Melania Trump’s Slovenian parents, to live here permanently.6 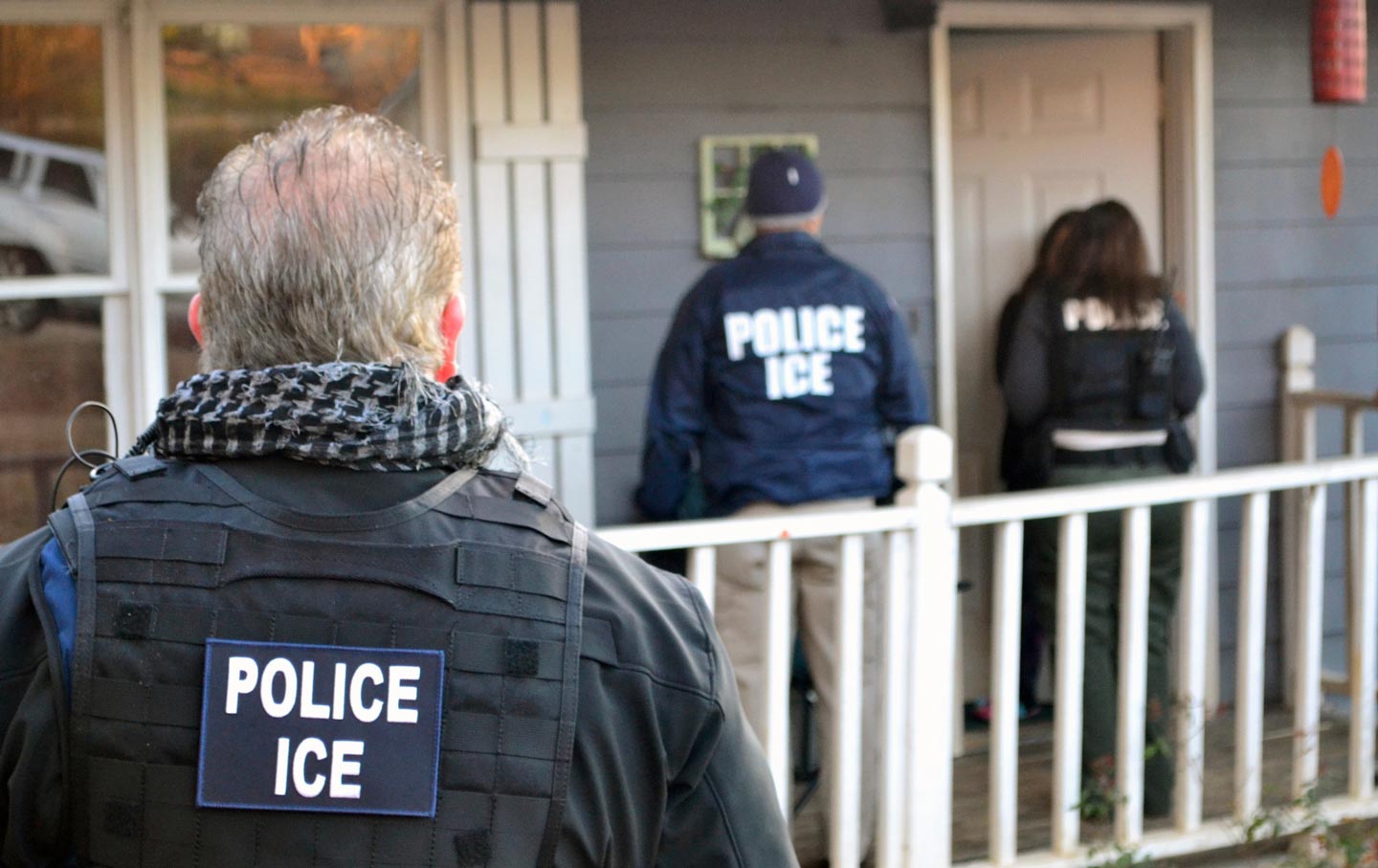 For Immigrants in Trump’s America, the Dystopian Future Has Already Arrived

Each time the president introduces new terms to the immigration debate, many reporters dutifully repeat his words for their dramatic value but fail to correct their application. To make matters worse, after each new round of angry rhetoric, well-meaning liberals share stories about the extraordinary success of immigrants in this country. They point out, for instance, that a number of technology companies—including Apple, Amazon, Google, and Tesla—were founded by immigrants or their children. They share newspaper profiles of everyday heroes like Jesus Contreras, a paramedic and DACA recipient who was part of the relief efforts after Hurricane Harvey, or Emmanuel Mensah, a soldier and immigrant from Ghana who died trying to rescue people from a burning building in the Bronx.7

This is a tempting response, and I admit to having used it, too. But the problem with these competing portrayals is that the overwhelming majority of immigrants are neither “bad hombres” nor the CEOs of Fortune 500 companies. If they are exceptional, it is only because being an immigrant requires them to have the courage to leave home, travel thousands of miles to a new place, and start over, sometimes with little or no support. This is not a journey for the faint of heart. People who are willing to undertake it have already proved their mettle.8

The United States is home to more than 40 million immigrants. Of these, nearly half are naturalized citizens, and the other half are either permanent residents, temporary workers, or undocumented immigrants. These people do not live apart from other Americans. On the contrary, they are linked to them by bonds of marriage or family, through school or work. Their success is everyone else’s success, their failure everyone else’s failure. Until this simple fact is understood, the immigration debate is destined to be mired in demagoguery. And we will all be complicit.9