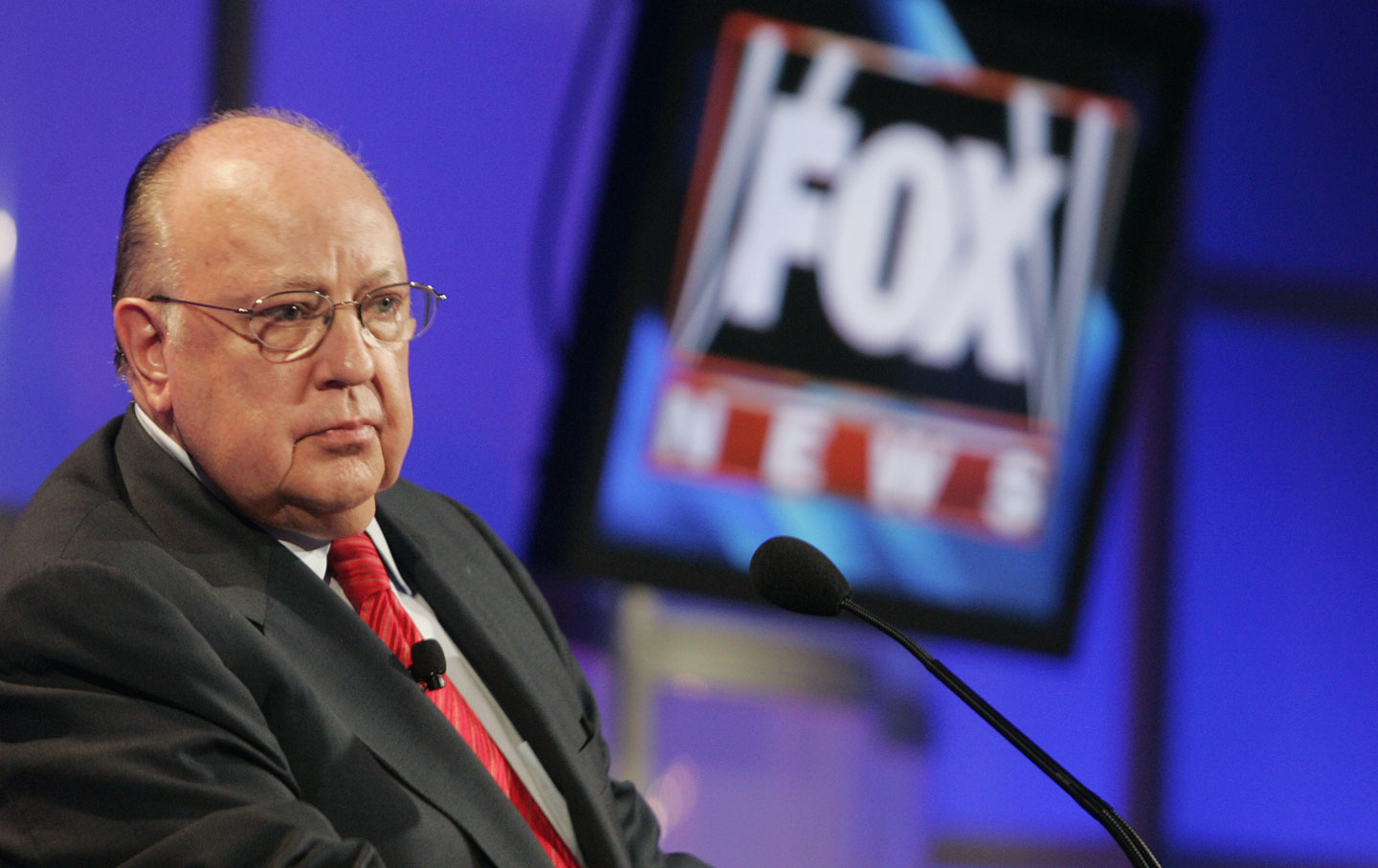 The Fox presidential debate on August 6 was an unadulterated triumph for the president—nay, king—of right-wing America: Roger Ailes.

Consider the challenges that the Republican Party faced going into the debate. First and foremost, the front-runner is a racist, misogynist egomaniac. Such qualities might appeal to the Tea Party base—demonstrating that hatred and resentment are really all its supporters want in a candidate—but Donald Trump could never win a general election. And most Republicans would not vote for someone who supported Hillary Clinton’s Senate candidacy and Canadian-style single-payer healthcare, among other heresies. What’s more, the two candidates I suspect have the best chance to beat Clinton were looking like also-rans. Despite his far-right platform, Marco Rubio communicates Kennedyesque youth and charisma, with the added value of a Latino background. But he was running well behind Trump, Jeb Bush, and Scott Walker almost everywhere. And John Kasich, the popular, effective, and surprisingly sane-for-a-Republican governor of Ohio, was polling so badly he barely qualified for inclusion in the debate. (He may not have qualified at all, according to a fair count, but Ailes never revealed his methodology for choosing among the bottom-dwellers.)

Rubio and Kasich “won” the debate, at least according to the pundits. Peggy Noonan called Rubio’s performance “fresh, crisp and poised,” and The New York Times’s Nate Cohn described him as “the debate’s top performer.” E.J. Dionne accurately termed Kasich “‘compassionate conservatism’ come back to life,” and on Meet the Press, Chuck Todd called him one of the “big winners of Thursday’s debate.” Time compared him to the pope.

Ailes engineered these results by having his hosts ask questions designed to elicit them. As Michael Tomasky noted at The Daily Beast, “Seven of Trump’s eight questions could fairly be called confrontational or at least challenging. Five of Bush’s six were the same; maybe all six. Three of Walker’s seven. And just one or at most two of Rubio’s. And even those were only mildly so.” Kasich, meanwhile, benefited not only from his home-court advantage—and sustained applause for answers that would have brought boos in a Tea Party–dominated audience—but also from similarly sympathetic questioning.

Ratings were through the roof. With more than 24 million viewers, the debate was seen by more than three times as many people as any previous primary debate and more than almost any other cable show ever, not including sports. But boosting ratings and support for the party’s best candidates were second-order ambitions for King Roger. The first was to destroy Donald Trump. (Fox had been championing Trump before the debate, but Roger can build them up and Roger can tear them down.) Ailes set out to accomplish this task in stages. First, the moderators asked Trump whether he would promise to support the GOP’s nominee without reservation; he would not. Second, the moderators, especially Megyn Kelly, asked a series of hostile questions—with even more hostile follow-ups—that goaded the buffoonish billionaire into responding with dishonest and dismissive answers. Inarguably, Trump was set up to implode on contact.

Others fell into similar traps. Chris Christie told a fantastic story about his emotional reaction to having been New Jersey’s US Attorney on 9/11—even though Bush did not nominate him until months later. Rubio insisted he “never advocated” exceptions to abortion restrictions—even though he cosponsored legislation with exceptions for rape, incest, and cases where the mother’s life is in danger. I could go on, but truth was hardly the point here.

Ailes’s final triumph was to burnish the brand of Fox News and cement his status as the ultimate arbiter of the party’s ticket and platform, while communicating the opposite notion that Fox is an actual “news” network. Accomplishing these contradictory goals simultaneously ought to be impossible, but key members of the punditocracy thought Ailes emerged victorious here as well. Times pundit Frank Bruni practically put on pom-poms to write a column in which he congratulated the moderators for asking all the right questions, particularly about the possibility of a third-party run. Using the language of a scorned lover, Bruni could not have been any more offended by Trump’s answer if he were chairman of the Republican Party. “Trump was undressed and unmasked,” he wrote, “and he stood there as the unprincipled, naked egomaniac that he is.” Bruni, who found the whole spectacle “riveting” and “admirable,” felt compelled “to write a cluster of words I never imagined writing: hooray for Fox News.”

How odd to note, therefore, that Fox did not even attempt to create a forum for the candidates to address America’s most pressing problems. The moderators did not ask a single question about global warming, economic inequality, the denial of voting rights, mass incarceration, workers’ rights, parental and sick leave, a living wage, or any of the issues that might concern a normal person choosing his or her president. When the candidates did take a stand, most of them took positions so extreme that they put themselves in a tiny minority of Americans. For instance, Rubio’s and Walker’s “no abortions, no exceptions” argument is opposed by three-quarters of the electorate and 65 percent of Republicans. And not many Americans share Ben Carson’s view that avoiding torture in war is a matter of “political correctness.” (Though it would surprise no one, I’m guessing, if Roger Ailes does.)

In the aftermath of the debate, Trump shocked the pundits once again by turning Fox’s audience against it and forcing Ailes to sue for peace. Sure, he calls Mexicans “murderers,” mocks John McCain’s time in a POW camp, and makes misogynist comments in response to accusations of misogyny. But every time the pundits predict his demise, the polls push him higher and higher. Could it be that Ailes and company—cheered on by the likes of Bruni et al.—have created a Frankenstein (or, more accurately, a Fox-enstein)? Hooray, indeed.