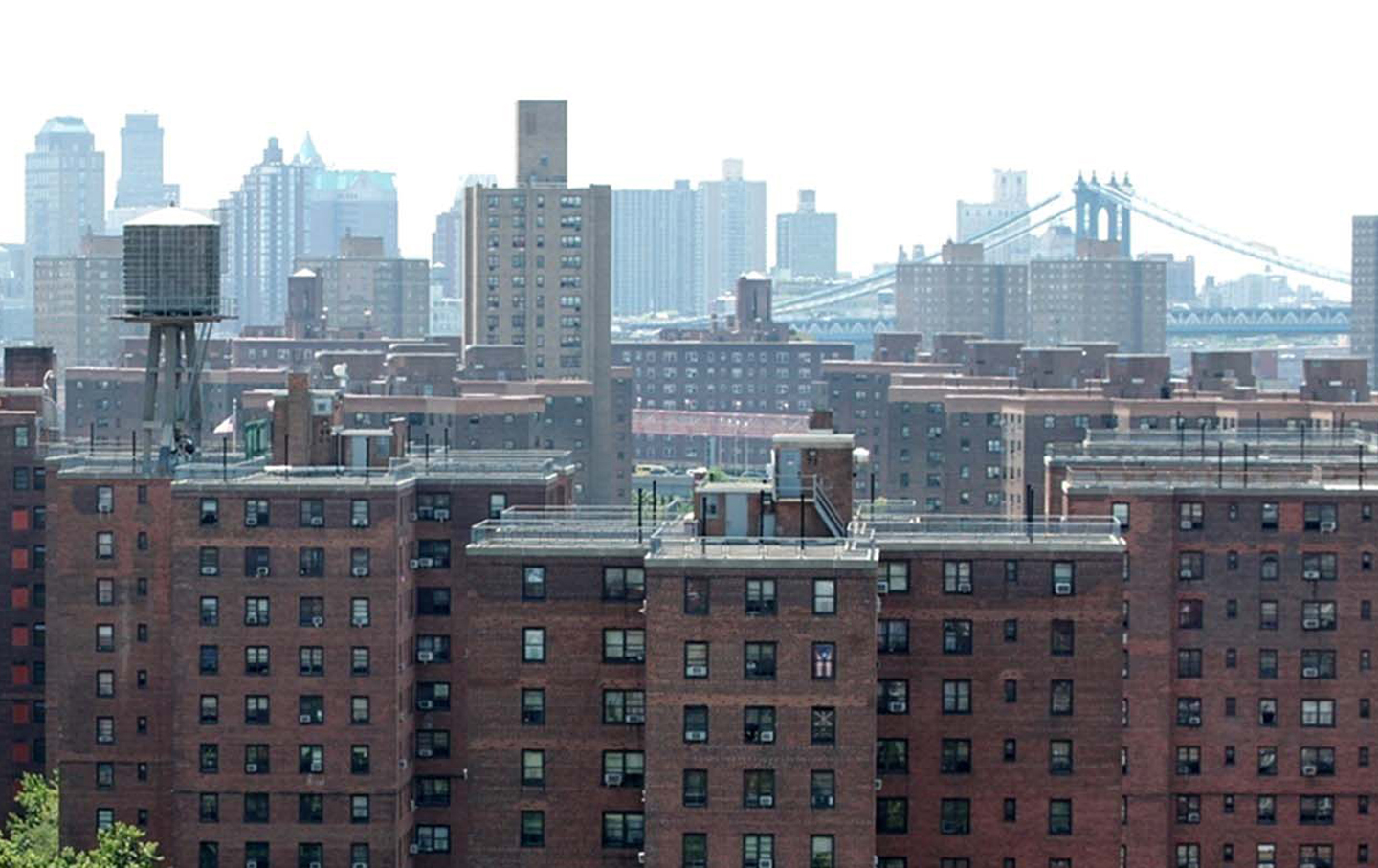 Lai Chun Chu has a crisp, bold voice when she talks in her native Cantonese, but as one of a handful of Chinese immigrants in a housing complex full of English and Spanish speakers, it’s hard for her find the right words sometimes. When her kitchen sink overflowed with dirty water, Chu, whose sprightliness defies her 70-something years, walked through the halls knocking on strangers’ doors to trace the leak, her plea distilled into just one word: “water.”

“Because they don’t speak any Chinese and I speak very little English, we have a hard time communicating,” recalls Chu, speaking through a translator at her spartan one-bedroom apartment at the New York City–owned Queensbridge Houses. “So I’d just say, ‘Water, water’ and then [the neighbors] would come down, they’d look and then they’d know what’s going on, but they still can’t really do anything about it.”

The advocacy group CAAAV, which campaigns on behalf of working-class Asian American communities across the city, argues in a new report that the city has neglected the many Asian immigrant households residing in sprawling public housing projects, leaving them without comprehensive translation and interpretation services they need to interact with NYCHA staff and participate in the day-to-day functions in their communities.

According to a survey conducted by CAAAV and Urban Justice Center of more than 220 NYCHA tenants in 14 projects, NYCHA is failing to provide essential language access services to “most Limited English Proficiency (LEP) Asian tenants who need them.” The survey found that among the surveyed tenants who needed verbal interpretation services at some point in the past three years, about six in ten were unable to make a service request with NYCHA. Of LEP tenants who called NYCHA’s service center to request a repair, “more than 70 percent had not been able to talk to someone who spoke their language.” (Disclosure: The author once contributed volunteer assistance to these organizations’ tenants’-rights campaigns.)

Resorting to the traditional “translation service” used by immigrants, nearly three in four respondents with unmet language needs “asked someone who did not work for NYCHA for help with interpretation”—in most instances, a relative; sometimes, a friend.

The city’s call center is already supposed to provide over-the-phone translations whenever needed, but the barriers work in subtler ways. The automated phone menu that greets callers, according to CAAAV, is confusing because options are in English, including the option to select a non-English language for the call, so residents may give up out of confusion. “I never tried it because I don’t know any English,” Chu says, laughing. “I’m scared to do it, so I just go to the neighbor who has a bilingual son.”

NYCHA was supposed to establish comprehensive language services under a language-access plan launched in 2008 under Mayor Michael Bloomberg. The initiative included on-site and phone interpretation for staff and tenants, along with translations of housing authority documents into the more than 20 primary languages used by residents. NYCHA also planned to conduct system-wide assessments of language needs and provide language-identification cards to help LEP tenants navigate the bureaucracy.

But CAAAV found that to date there has been no “comprehensive census of NYCHA tenants” on language needs. According to CAAAV’s research, NYCHA has only six employees dedicated to managing language services across the system, covering some 400,000 residents across more than 330 projects. Just two of those staffers are Chinese speakers.

When asked about progress on implementing the language-access initiative, NYCHA did not provide detailed data, but said in a statement to The Nation, “It is NYCHA’s policy to work to ensure meaningful access to language services for all residents.… we routinely interpret in Mandarin, Cantonese, Fukinese, Shanghainese, Toishanese, and Hokka among other languages,” and continues implementing the access plan, NYCHA “interpreted over 7,500 Chinese-language, Mandarin, Cantonese, Korean, Vietnamese, and Japanese communications in 2014, and we are reviewing options to further expand access.”

Still, many families CAAAV works with feel like they’re not being heard: “More than two-thirds of non-English speaking surveyed tenants did not believe that NYCHA took sufficient steps to communicate with them in their language.”

Thomas Kim’s first introduction to the language gaps at NYCHA came about two weeks after he moved into his modest apartment at Queensbridge in 2010, in his late 70s. A pipe burst in his bathroom. It took repeated phone calls and bureaucratic inspection visits to get the maintenance personnel to make the repairs, he recalled. But during the months-long ordeal, his apartment became temporarily uninhabitable due to hot fumes leaking from the hole in the wall. The entire NYCHA system suffers from a massive repair backlog, generally leading to weeks-long waiting times for repair services, but Kim, who speaks only basic English, suspects the language barrier contributed to the staff’s unresponsiveness.

Though his bathroom wall is no longer in ruins, the apartment remains poorly ventilated, Kim says, which exacerbates his respiratory problems. Such issues go unaddressed as he and the handful of other Korean-speaking tenants at Queensbridge can’t communicate in Korean with the office staff. His neighbors sometimes rely on Kim’s help to fill in forms and make requests, despite his own language limitations. “That’s the housing authority,” he says dismissively. “That is their power. They don’t care about anything.”

CAAAV calls on NYCHA to fulfill its own mandate to provide comprehensive language access for all tenants. This requires hiring staff who speak Chinese, Bangla, Korean, and other languages in the Asian American community, rather than relying on volunteer efforts, as NYCHA has sometimes done, and ensuring full language competence in senior and disability services. More broadly, CAAAV calls for more resources to support translation services for NYCHA resident associations, so Asian immigrants can participate fully in community discussions on tenant issues.

Kim wishes he could participate more at Queensbridge’s tenant meetings. He’s noticed the conversation is generally only in English or Spanish; he’d have plenty to say if he could use his own voice.

If NYCHA listened a little more closely, though, they’d know that many immigrant residents who never seem to complain actually have plenty on their minds—they just don’t know how to say it.