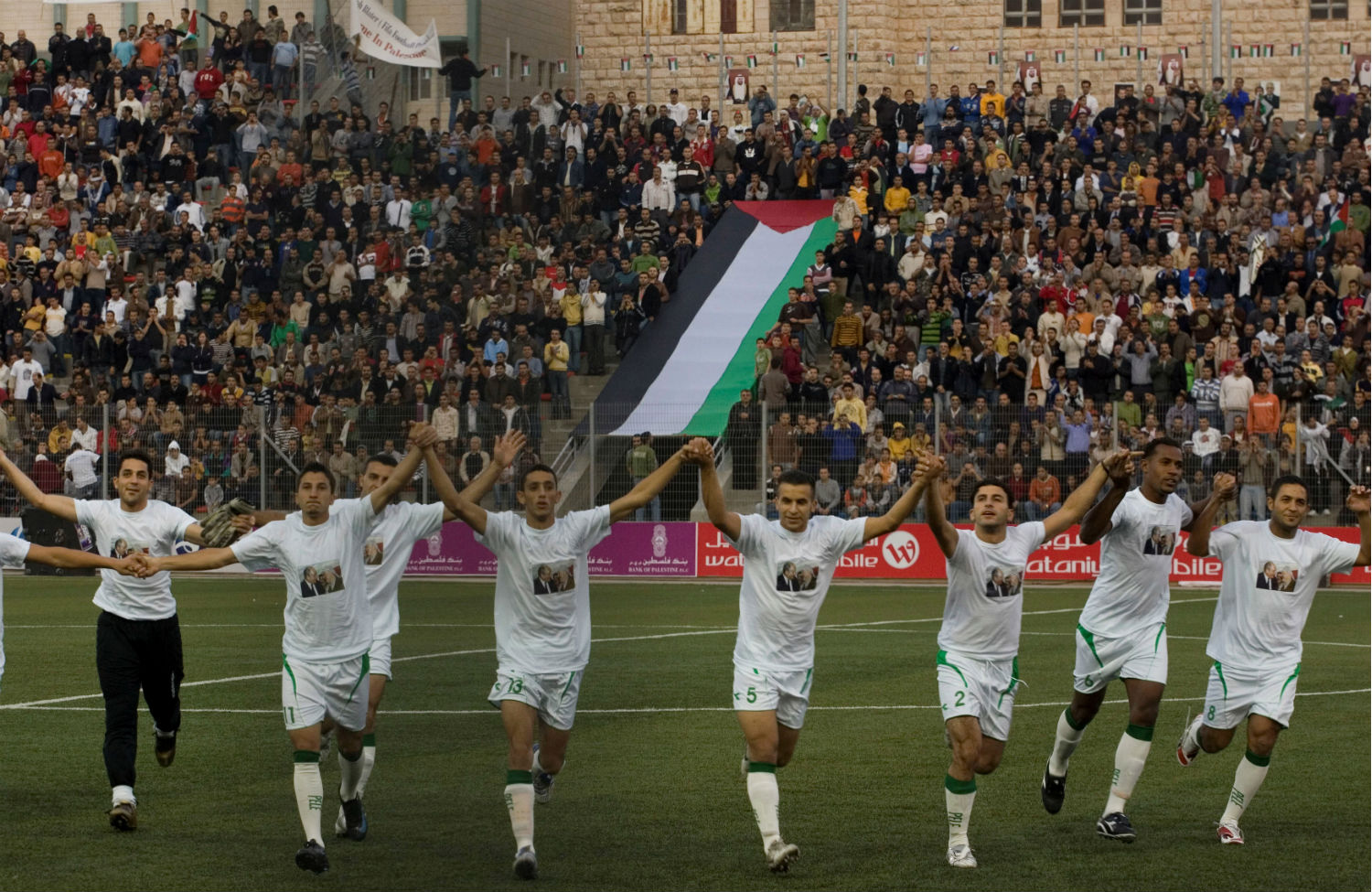 Mark Leibovich’s dispatch from the closely watched KY senate race between incumbent Mitch McConnell and challenger Alison Lundergan Grimes depicts the dueling campaigns as clouded in a thick “fog of fake outrage.” Real disagreements over policy are displaced by a less-than-ingenuous disgust olympics between warring communications departments, over usually imagined affronts—e.g. “I am so appalled. You’ll never believe just how low our opponent has stooped this time.” Leibovich writes wistfully about a time when “the privilege of speaking publicly on behalf of a candidate belonged to a select few operatives, usually 40- and 50-somethings who spoke with deliberate authority.” Like an indignant Scooby-Doo villain, Leibovich seems specifically intent on indicting the campaigns’ conspicuously young and female spokespersons for fueling the substanceless war-of-position. Thus, intentionally or not, Leibovich aligns himself with the single most tired meme in American media: blame the millennials! Even when they somehow break free of their storied laziness and political apathy, they have to go and spoil the godly, dignified work of campaigning with their tweets and their irony. Meddling kids!

"Like a lingering cloud of tear gas: how do you reconcile the two Brazils?" by Grant Wahl. Sports Illustrated, February 27, 2014.

The side effects of mega-sporting events have become all too evident in recent years; forced relocation of poor people, immense corruption and even larger public debt are now foregone conclusions. However, these competitions also mute local culture by commodifying everything in their path. Grant Wahl's piece explores this phenomenon as experienced in Rio de Janeiro's legendary Maracanã stadium. Gustavo Mehl, a 30-year-old Brazilian social activist, described the old Maracanã as "a symbol of public participation in Rio" and "the most democratic space of the city" in contrats to the undemocratic, gentrified space the stadium has become. Now, corporations have exclusive license to hawk their goods; standing room for the poor has been replaced by individual seating and luxury boxes; the sale of traditional foods has been restricted in favor of Big Macs, Coca-Cola and Budweiser; and organizers' push for "more civilized" fan behavior destroys traditional forms of cheering. Aldo Rebelo, a former Communist party congressman and Brazil's current sports minister, insists that "there's a great risk that the market will eliminate the enchantment soccer holds for the people." That's quite a statement to make about Brazil, cultural epicenter of the "beautiful game."

I was surprised to find myself again, this week, reading and having my interest piqued by an article that aims to draw a point about contemporary gender relations out of a scholarly analysis of Ancient Greek ones. Anne Boyer's blog post is a "meditation" on Angela Mitropoulos's book Contract & Contagion: From Biopolitics to Oikonomia and is part of an ongoing project by the CUNY Graduate Center's (very interesting) "Digital Labor Working Group." What I like about this post, whose claims are hard to fully evaluate without reference to the texts it's building off of, is the broader project it takes part in: the search for ways of understanding gendered labor that neither naturalize "women's work" nor collapse it into a homogeneous notion of "labor" that obscures its unique social and economic functions. Instead it aims at a notion that, in Boyer's words, allows for "more complexity than the Arendtian conception of the private or Marxian theories about reproductive and productive labor."

The story begins, as it increasingly does, with BuzzFeed. The morning's topic at BuzzFeed HQ was the president's State of the Union address and how to cover it: "getting Vine video 'of when stupid stuff happens' and putting together a piece about how no one cares about the State of the Union," reports CJR's Marc Fisher in their cover story, "Who Cares If It's True?" Fisher visits newsrooms with widely divergent views on sourcing and editing, and concludes, with evident regret, "What’s news is what’s out there, whether or not it’s been checked and verified." Reporting from newsrooms, on newsrooms and (let's face it) for newsrooms, Fisher manages to state the obvious—what makes you click isn't always good for you—by substantiating this fact of life with truly entertaining anecdotes from the people behind the curtain.

This piece, written for an industry law firm’s “Shale Blog,” reports on a current Ohio Supreme Court case concerning local governments’ role in governing oil and gas drilling. The city of Munroe Falls, OH argued (see video of oral arguments) that as a home-rule city, its zoning power to determine where drilling takes place can coexist with state law regulating how drilling takes place. More generally, the city defended localities’ right to speak (pass laws) where the state is silent and guarded against “implied pre-emption.” Beck Energy, with support from the state, argued that the Ohio Department of Natural Resources unilaterally regulates oil and gas extraction in the state. Justice Pfeifer was quick to note: “I believe it’s the only department we’ve held in contempt in my tenure here.” Both sides agreed that localities have no power to outright ban drilling.

While I don't share Pizano's apparent distaste for the economic redistribution implied by some "positive" rights, I'm always interested in the tension he notes between the all-or-nothing premise of rights and the consideration of proportionality and degree that the idea of economic rights implies. If people have a right to employment counseling and paid vacation leave, two of Pizano's examples, how much of it do they have a right to? If we need to evaluate what specific amount of something would fulfill our right to it, does that undermine the idea that rights are defined by universality and indivisibility? Of course, traditional "negative" rights or "freedoms from" also must be weighed against each other—and perhaps the common insistence that negative rights are more clear-cut goes to Pizano's point about how easily supposedly universal rights talk lends itself to politicization.

"The Two Worlds of Vladimir Putin," by Amy Knight. The Wilson Quarterly, Spring 2000.

By the time events in Ukraine reach their dénouement, at least half of the think pieces, blog posts, analyses and projections you will have read about Russia, Ukraine and Crimea—many of them written with forceful certainty—will be wrong. That is why this week, I'm looking at a piece from 2000 that got it right. Prescient is the term often applied to such work, but really, it's usually the product of good scholarship, strong subject knowledge or deep reporting.

Writing in the Spring 2000 issue of The Wilson Quarterly, just as Putin assumed leadership of Russia, historian and former Wilson Center scholar Amy Knight offers a warning about the dangers of building foreign policy around the idea of Putin as “someone we can do business with.” She ends with a line that reverberates, fourteen years later: "The fact that almost a decade after the collapse of the Soviet system in 1991 someone like Putin could rise to the top of the political leadership in Russia is a grim reminder that the legacies of police states die hard."

“Open-Sourcing a Treatment for Cancer,” by Gary Marcus. The New Yorker, February 27, 2014.

Be prepared to feel like a massive under-achiever: before she's even graduated from high school, Elana Simonton has helped to conduct new research on fibromellar hepatocellular carcinoma, a rare form of liver cancer she was diagnosed with at age twelve—and she's done it in an innovative way. By compiling data from patients at different healthcare centers, Simonton helped to pinpoint a common gene mutation found in fifteen fibromellar patients, which could aid more precise diagnosis. The research also found genes that become active in fibromellar, which could act as potential targets for treatment.

Simonton's use of multiple data sources is radical in its simplicity: there is often a dearth of research on rare diseases, given that there aren't many patients out there, and moreover competing doctors and health centers don't want to share data with each other. By bringing multiple patients together from across sites, Simonton was able to see trends that are otherwise missed. Her research, and other "open-access" tools that push back against a cult of secrecy surrounding scientific and research data, should become the norm, rather than the exception, in order to catapult new research and better health outcomes.

“We do not have to live with the scourge of inequality,” by Jonathan Ostry. Financial Times, March 3, 2014

Most mainstream economists have long held that government efforts to reduce inequality come at a cost: a lower rate of economic growth. Taxing the industrious rich and granting welfare to the idle poor distorts incentives, they argued—and devised mathematical models to prove it. That such measures have a chilling effect on the economy does not necessarily mean we should forego them, the thinking went, but that there is a tradeoff to be had is undeniable. This conventional wisdom has been contested before, and to read of it in the pages of The Nation or Mother Jones would be less than shocking, but here I direct you to an article in the Financial Times. The author, an economist at the International Monetary Fund, having co-written a recent research paper on the subject, concludes rather candidly that a more redistributive tax system appears not to stunt, but to stimulate economic growth. This is good news and, after decades of folly, may indicate a welcome shift in thinking at the IMF.

Tressie McMillan Cottom, an influential writer on higher education, offers a surprising take on the question of whether college courses should offer trigger warnings on their syllabi (discussed in this article from The New Republic). Consciously refraining from entering in the debate about the use of trigger warnings, Cottom suggests that trigger warnings, a tool originally intended to help survivors of sexual assault, have become a way for universities to control what is taught and ultimately suppress "the critical canon of race, sex, gender, sexuality, colonialism, and capitalism." For Cottom, trigger warnings serve as ways for elite universities to enforce normative standards.