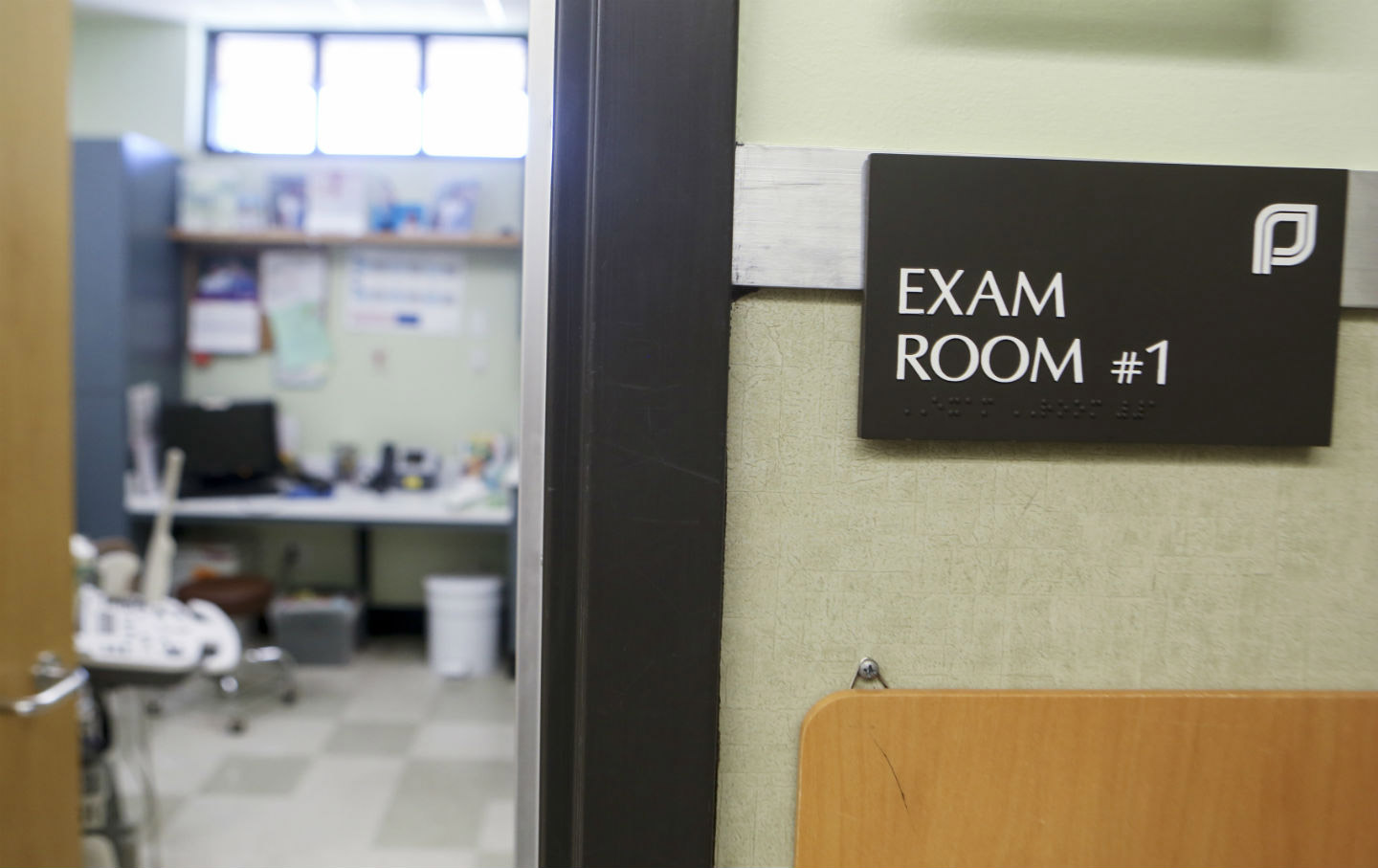 Even as the White House descends into further disarray, the Trump/Bannon administration has continued its campaign of political shock and awe, from its stalled Muslim ban to its gutting of environmental protections to its ongoing assault on Obamacare. Now the other shoe is about to drop—a determined effort to shred the social safety net and dumb down the citizenry by slashing government support for the arts and public broadcasting.

As The New York Times first reported, Trump’s newly confirmed budget director, former South Carolina congressman Mick Mulvaney, has assembled a “hit list” of agencies and programs to eliminate. Current candidates include the Corporation for Public Broadcasting, the National Endowments for the Arts and the Humanities; Legal Services Corporation; and AmeriCorps. And Trump—no doubt egged on by Mike Pence—has pledged to cut the more than $500 million in funding to Planned Parenthood, which goes to provide basic, life-saving health services to women all over the country, not to performing abortions, as the organization’s enemies claim. In fact, only 3 percent of the services provided by Planned Parenthood are related to abortions, versus 31 percent devoted to contraception. All of the programs on the Trump/Mulvaney hit list have been longtime targets of the Republican right, in some cases dating back to the Reagan era and others to the so-called “Gingrich revolution” of the 1990s.

The proposed cuts have everything to do with right-wing ideology and nothing to do with fiscal responsibility. All of the programs slated for closing provide essential public services. All of the programs slated for closure, plus the proposed Planned Parenthood cuts, cost the federal government a combined total of about $3 billion per year. That grand totally amounts to one-half of one percent of, the current Pentagon budget, now runs at about $600 billion per year. And that’s before Trump’s pledge to throw an additional $1 trillion at that bloated department over the next ten years.

Stephen Moore of the Heritage Foundation, which has aggressively pushed its skewed budget priorities on the new administration, tried to justify Trump’s ill-considered proposals: “I think it’s an important endeavor to try to get rid of things that are unnecessary… The American public has a lot of contempt for how government is run in Washington, in no small part because there is so much waste.”

Activists who have helped stiffen the backbones of Democrats in Congress need to start pressing them to wage an all-out fight to save needed programs.

Moore’s claim is absurd on the face of it. First of all, supporting well-run programs like women’s health care, the arts, and legal services for the poor is not “waste.” Suggesting that these programs are wasteful to any significant degree, as Moore has done, is what is really deserving of contempt. This is especially so when one considers the tens of billions of dollars of waste in the Pentagon budget, money that has absolutely nothing to do with defending the country or supporting the troops.

To cite just one of the more egregious examples of Pentagon waste, last December The Washington Post reported that the Pentagon had attempted to hide a report from its own business advisory board that suggested steps that could cut $25 billion in bureaucratic waste per year. That’s over eight times the cost of the programs Trump and Mulvaney are hoping to eliminate. Why did the Pentagon keep quiet about the report at the same time it claims there is a shortage of funds for basic readiness functions like pilot training? Because Pentagon officials were afraid that if Congress knew how much was being wasted, it would be harder to convince Congress to pony up the tens of billions in additional dollars it seeks year after year.

Perhaps the biggest waste of all is the Pentagon’s preexisting plan to spend an estimated $1 trillion over the next three decades on a new generation of bombers, submarines, missiles, cruise missiles, and factory upgrades. Even if one believes there is a “need” for nuclear weapons to deter another nation from launching a nuclear attack, independent experts have indicated that that function could be accomplished with a few hundred warheads. The current US arsenal of deployed and stockpiled nuclear warheads numbers 4,500. And once the New START treaty is fully implemented, 1,550 of those warheads will be deployed and ready to launch. This needless nuclear excess is good news for Northrop Grumman, Boeing, Lockheed Martin, and General Dynamics and terrible news for American taxpayers, not to mention the possible basis for a new nuclear arms race that would threaten us all. And of course, the only way to be truly safe from nuclear weapons is to get rid of them altogether, as presidents from Ronald Reagan to Barack Obama have acknowledged, even if they were unable to achieve that admittedly daunting goal.

So what is to be done? Thankfully, unlike with the Bannon/Trump flurry of executive orders, you can’t change the budget by presidential fiat. The administration is unlikely to release a detailed budget proposal until April or May, but the fight for humane budget priorities must begin now. Activists who have helped stiffen the backbones of Democratic leaders in Congress need to start pressing them to wage an all-out fight to save needed programs, many of which provide essential services to Republicans and Trump supporters in the reddest of red states and communities.

On the Pentagon side of the ledger, members like Representative Justin Amash (R-MI) and the House Freedom Caucus will hopefully continue pressing to keep a lid on Pentagon spending, as they did during the Obama years. Trump budget director Mick Mulvaney took a similar stance while he was in Congress, so maybe he can be a voice for restraint. One issue that has support across the political spectrum is the need for the Pentagon to finally get its books in order so it can at last pass an audit. It is the only major federal agency unable to do so, despite a legal requirement that goes back more than 25 years. If the requirement for an audit were tied to a campaign to bar further increases in Pentagon spending until the Pentagon meets its obligation under the law to provide a transparent and accountable explanation of how exactly it is spending our tax dollars, it could be a useful initiative.

There’s work to be done, but there is also hope. But it will take an all-hands-on-deck effort of a kind we haven’t seen in a long, long time.