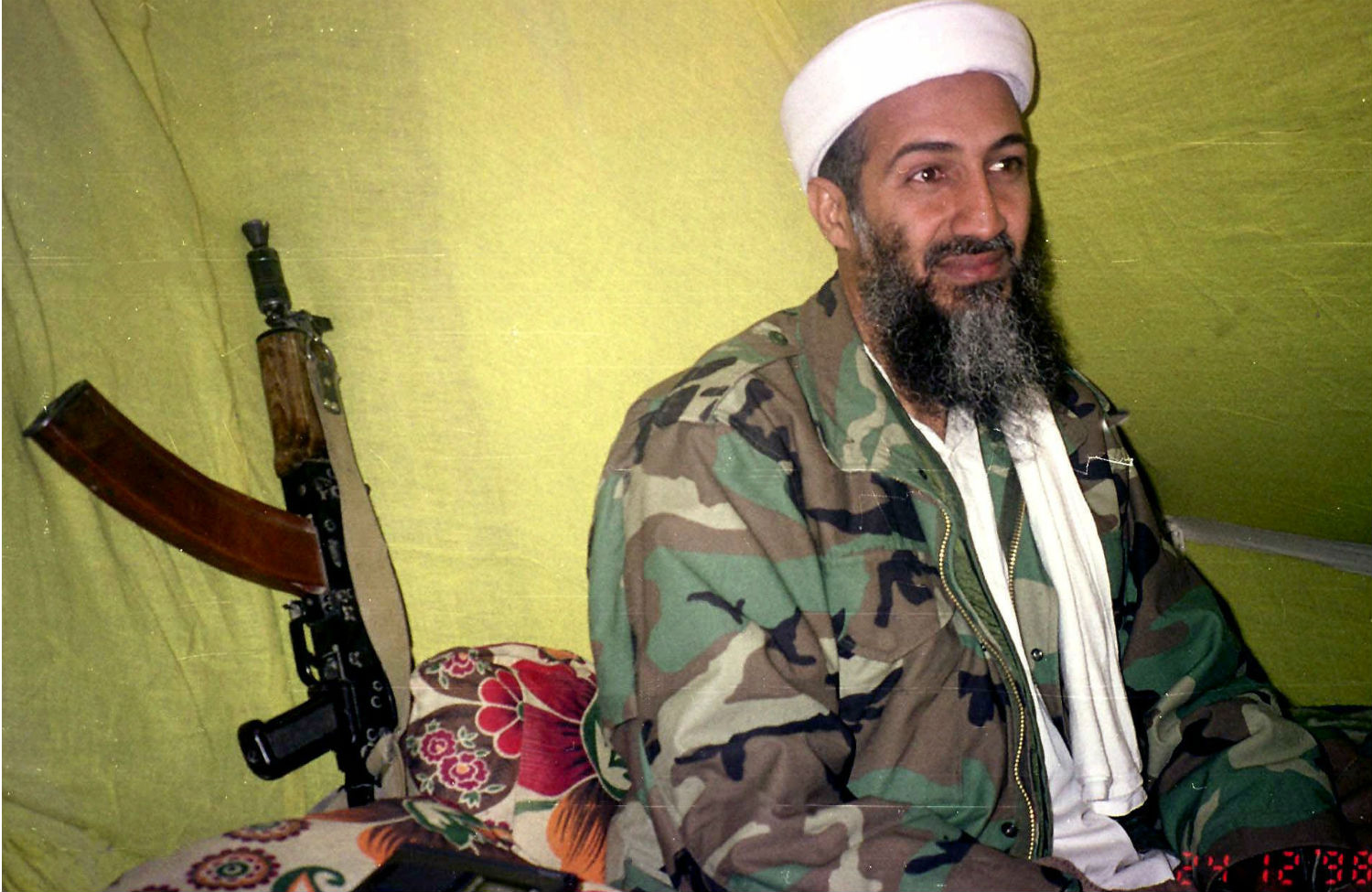 The brouhaha about possible Saudi Arabian funding of Al Qaeda in the run-up to the September 11, 2001, attacks is being fueled from two directions. It is being pushed by Zacarias Moussaoui, sometimes called the “twentieth hijacker,” now serving a life sentence in a federal supermax penitentiary. There are also allegations of Saudi funding in a congressional report on 9/11, a portion of which has not been released. That Saudi Arabia or its royal family were complicit in an attack on New York and Washington is completely implausible. The Saudi ruling class long ago decided that they would trade foreign policy independence for an American security umbrella, given that they preside over a small country with enormous petroleum wealth and resources, and could not protect themselves from external threats. Moreover, they are heavily invested in the New York stock market, and took an enormous bath on September 12 and after, as the latter suddenly lost half its value. The whole idea is a nonstarter.

It is also unlikely, though not completely impossible, that Saudi figures sent money to Osama bin Laden in the 1990s. If it happened, it wasn’t with a knowledge that he was planning to hit the United States. It would have had to do with Afghanistan, and would have been a continuation of policies carried out by President Ronald Reagan. After he took office in 1981, his administration reacted to the takeover of Afghanistan by Communists in 1978, and the Soviet Red Army intervention there starting in late 1979, by supporting private jihad militias (mujahedeen). Most of the latter were made up of Afghan refugee groups in northern Pakistan, and not all were religious—though some were extremist fundamentalists, such as Gulbuddin Hekmatyar’s Party of Islam. Hekmatyar received the lion’s share of CIA funding because his group was the most vicious and effective. (Hekmatyar’s group, and that of Jalaluddin Haqqani, another of the mujahedeen, turned on the United States after the 2001 US military occupation of Afghanistan and have killed and wounded many US troops.)

But another allied organization that grew up in the 1980s was the “Office of Services” of Osama bin Laden and Ayman al-Zawahiri. The Reagan administration’s push for private armies to turn Afghanistan into the Soviet Union’s Vietnam impelled the Saudi government to find private fundraisers and encourage volunteers. It is alleged that the Saudi ministry of intelligence, perhaps in cooperation with Washington, reached out to the billionaire family of the bin Ladens and recruited the young, religious socialite Osama as a fundraiser. Since he was so prominent and from the business elite (the family is originally from Yemen but was a major Saudi construction contractor), Osama proved a successful and dedicated fundraiser in mosques and at social occasions in Saudi Arabia. The Arab volunteers he helped recruit and support coordinated with the Afghan mujahedeen. The CIA alleges that the Arabs were not trained or equipped in the agency’s training camps, but surely whatever knowledge of covert and guerrilla operations was imparted to the mujahedeen went straight to the Office of Services fighters. The latter were termed in the late 1980s Al Qaeda, or “the Base,” by bin Laden.

The Soviets left in 1988, with their last tanks rumbling across Friendship Bridge into the Uzbekistan SSR in February 1989. They left behind the Communist government of strongman Mohammad Najibullah. He hung on against the mujahedeen until 1992, when they flooded into the capital, Kabul. Many of Al Qaeda’s Arab fighters drifted home, but a rump remained. Bin Laden returned to Saudi Arabia in 1989 and began preaching against the United States and Israel during the first Palestinian uprising or intifada. In 1990, when then King Fahd agreed to let Western troops into the kingdom to prepare for the campaign to kick Iraq out of Kuwait, which it had invaded, bin Laden broke with the royal family and became a dissident. He wanted to reassemble his old gang to do the job, but Fahd preferred the Marines to scruffy extremist Al Qaeda volunteers. Bin Laden went to Sudan and was stripped of his Saudi citizenship. Under Saudi and US pressure, Sudan expelled him in 1995 and he returned to Afghanistan.

There, some old mujahedeen contacts, who were beginning to align with Mullah Omar and the new movement of the Taliban, introduced bin Laden to the latter, and it was a friendship made in heaven. The Taliban were seminary-trained young men who had been in exile in Pakistan and who took a dim view of the faction-fighting and criminality of the mujahedeen in the 1990s (Kabul was reduced to rubble in a civil war between the President, Burhanuddin Rabbani, and his prime minister, Hekmatyar). The Taliban were encouraged and funded, perhaps even created, by Pakistan’s Inter-Services Intelligence (ISI) as a way for Islamabad to project influence into its neighbor and in a quest to prevent the turmoil there from spilling over onto Pakistan. Bin Laden reassembled Al Qaeda as the 55th Brigade of the Taliban, and they were by far the best fighting force, gradually rolling back the mujahedeen into the northeast of the country.

The mujahedeen, abandoned in 1991 by the administration of George H.W. Bush under the terms of his agreement with Soviet leader Mikhail Gorbachev, turned for support to Iran and India. One of the groups forming what came to be called the Northern Alliance were the Hazara Shiites, who developed ties of clientelage with Iran. Both India and Iran supported the Persian-speaking Sunni Tajiks. The post-Soviet Russians, ironically, came back in with some support for the Uzbeks and other groups in the Northern Alliance.

Saudi Arabia, the United Arab Emirates and Pakistan were the only countries to recognize the Taliban. Elements in those countries may well have supported Al Qaeda, which was after all just the 55th Brigade of the Taliban. But their aim in doing so would have been to assert Afghanistan as a sphere of influence for the Sunni Muslim bloc in the Persian Gulf and Arabian Sea against Iran, India and the Russian Federation. None of them knew that bin Laden was plotting to attack their ally, the United States, on which they deeply depended for their own security and financial well-being.

Moussaoui’s anecdotes about Saudi perfidy are not plausible. Anyone who has read his testimony can see that he is not mentally well, and in any case one of Al Qaeda’s aims was to drive a wedge between the United States and Saudi Arabia so as more easily to overthrow the House of Saud. Most of the Al Qaeda governing board consisted of expatriate Egyptians, part of the al-Zawahiri Egyptian Islamic Jihad, which had merged with Al Qaeda. Yet bin Laden chose Saudi youth as the muscle for the 9/11 operation rather than the numerous Egyptians, Yemenis and other Arab nationalities. In so doing, he was trying to alienate Washington from Riyadh.

Those who blame Saudi Arabia for promoting religious intolerance, as a background to the rise of extremism in the Middle East, do have a point. The distinctive Saudi Wahhabi form of Islam is rooted in a rather fanatical eighteenth-century reform movement. But then the evangelical Protestant missionaries in Uganda could equally be blamed for the rise of the Lord’s Resistance Army terrorist group in that country, by this logic. A good deal of the blame must rest with the United States, which stirred up jihad against the Soviets and created traditions of anti-imperialist fundamentalism that would inexorably blow back on Washington. But the idea that the Saudi royal family—some of whom were actually vacationing in the United States when the attacks occurred, and all of whom owe their wealth in part to nice Messrs. Dow and Jones—actively colluded in or funded 9/11 per se is so unlikely a scenario as to be safely dismissed in the absence of smoking-gun evidence.