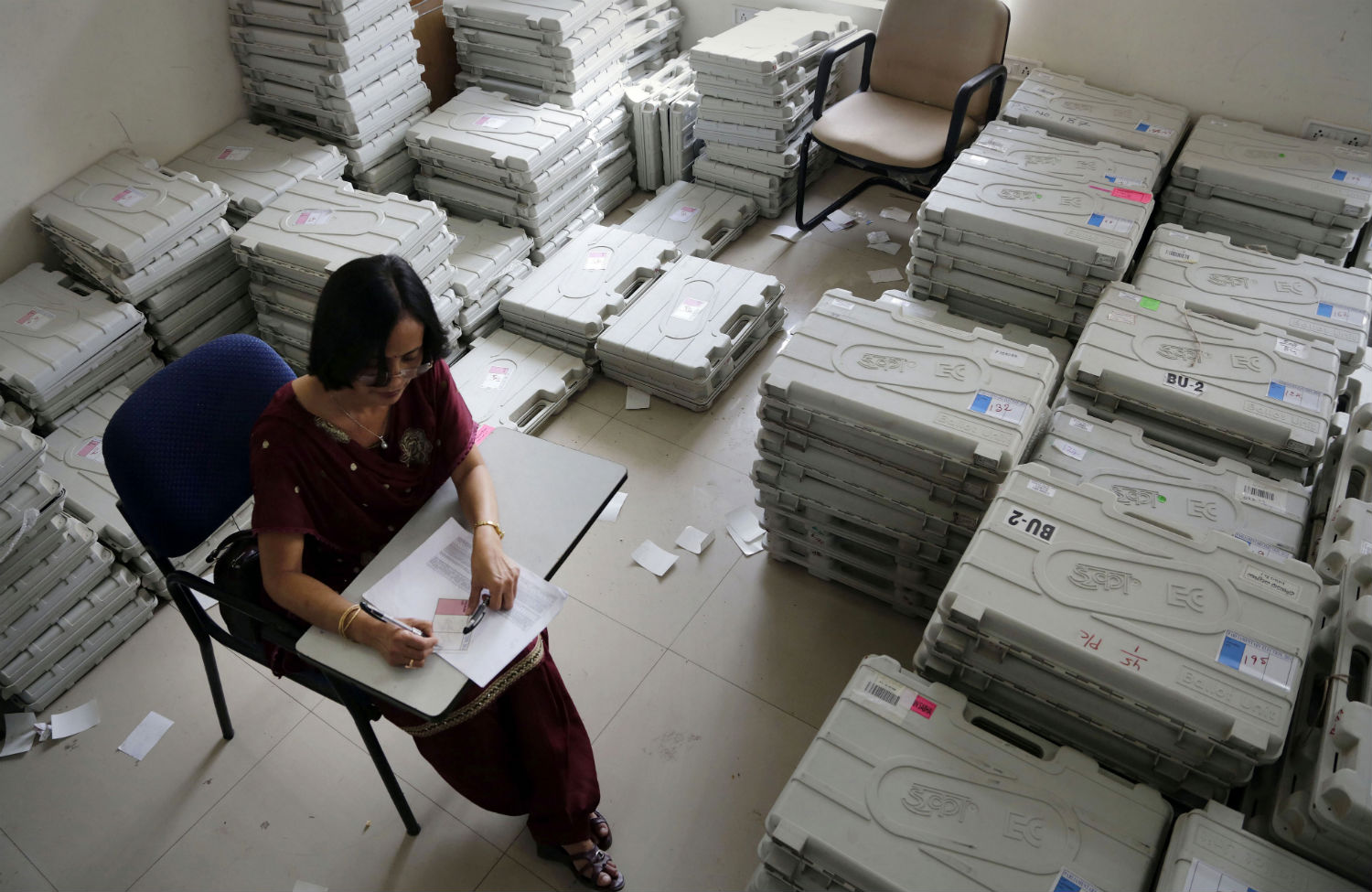 On April 7, India opens the polls for another of its uniquely epic elections. In nine stages of staggered voting that stretch into mid-May, allowing election officials, observers and law enforcement teams to move from place to place, 814 million voters are registered to cast ballots across a country one-third the size of the United States but with almost four times the population.

There are now 1.2 billion people in India, which is likely to overtake China as the world’s most populous country within a decade or two. Indian elections matter nationally and internationally because they signal the democratic electorate’s mood and influence future policies of a nation that is always teetering on the edge of greatness, but never immune to economic and social shocks often born of misgovernment or lax enforcement of laws.

The 2014 election, for 543 seats in the lower house of the Indian Parliament, from which a new prime minister and government will be drawn, has the potential to set a new course for the country. The Congress Party of modern India’s founders will have a new face, though whether it will be that of Rahul Gandhi, the great-grandson of Jawaharlal Nehru and last (for the time being) of the Nehru-Gandhi political dynasty, is in doubt; his public performance has been a disappointment. The current poll leader, Narendra Modi of the Bharatiya Janata Party (the BJP) is an unabashed Hindu nationalist accused of condoning a 2002 pogrom in his state of Gujarat, where he is chief minister, in which upwards of 1,000 Muslims perished. He has been denied an American visa since 2005 on the ground of religious intolerance.

To complicate the election, and perhaps muddle its outcome, a populist third-party has entered the race, led by an erratic former civil servant on an anti-corruption, anti-establishment crusade. He is Arvind Kejirwal, who led his new Aam Aadmi (Common Man) Party to a stunning upset victory in the Delhi capital region last year to become its chief minister—only to quit in a huff forty-nine days later because he wasn’t getting support for his program from other parties. Indian commentators have been mulling the possibility that he could deprive one traditional party or the other from a substantial enough lead to force a messy coalition government of national and regional parties, which in the past have made decisive governance difficult.

All of this leaves the Indian electorate with some interesting and profoundly important choices to make among candidates.

This year, teams led by three US-based scholars, in partnership with the Lok (Peoples’) Foundation in India, have produced an extraordinary study of Indian voters that challenges accepted mythologies about their political thinking, and suggests that many millions of them are resigned to a flawed democracy and are trying to make the best of it, citing economic concerns as their top priority. The survey, titled The Indian Voter Inside Out, was taken among more than 68,000 Indians from October to December 2013, with results published in a series of articles in The Times of India.

The authors of the articles analyzing the survey—Devesh Kapur, director of the Center for the Advanced Study of India at the University of Pennsylvania; Neelanjan Sircar, a CASI post-doctoral research fellow, and Milan Vaishnav of the South Asia program at the Carnegie Endowment for International Peace—take on some previously unexamined assumptions about dynastic politics and criminality among politicians.

“The conventional wisdom is that voters in India are fed up with the notion that parties are often little more than family-owned firms,” the authors wrote. But when the Lok foundation asked voters whether they would prefer a candidate from a family of politicians, 46 percent of respondents said yes. Forty-five percent (it varied among Indian states) said that dynastic candidates were better at politics, and another 40 percent accepted that these politicians were more likely to succeed.

“Thus, the overwhelming majority of respondents believe that dynastic politicians quite simply have the ‘inside track’ to doing politics better,” the authors wrote.

Criminality among politicians is rising in India, but the authors noted: “The widespread publicity of information…did not trigger a backlash on the part of voters; indeed, quite the opposite.” Twenty-four percent of members of parliament faced criminal charges in 2004, 15 percent of those charges involving serious crimes. In 2009, when the last general election was held, 30 percent of members faced criminal cases, with 19 percent “of a serious nature,” the survey said.

When asked about this tolerance for crime, 26 percent of respondents said they would vote for a candidate who delivers benefits even if that candidate faced serious criminal charges. Further “blind” polling in which voters didn’t have to say specifically that they would vote for alleged criminals led the survey team to conclude that nearly half the voters were not troubled by the prospect.

“This finding implies that the presence of criminals in politics is fundamentally not an issue of lack of information, but rather lack of governance,” the authors said.

Finally, on the issue of caste-based voting, which many Indians believe has dwindled in importance, the authors of the new survey found, to the contrary, that 46 percent of respondents said that it was important to them that someone of their caste won the election in their constituency, and 57 percent of voters questioned said they would be troubled if someone of another caste was elected.

In conclusion, the authors said: “Voters are desperately looking for someone who gets things done, whether dynasty or even mafia. Unfortunately, this short-term outlook has created the very conditions of poor governance that is driving voting behavior. The resulting equilibrium is one of the severest challenges facing Indian democracy.”