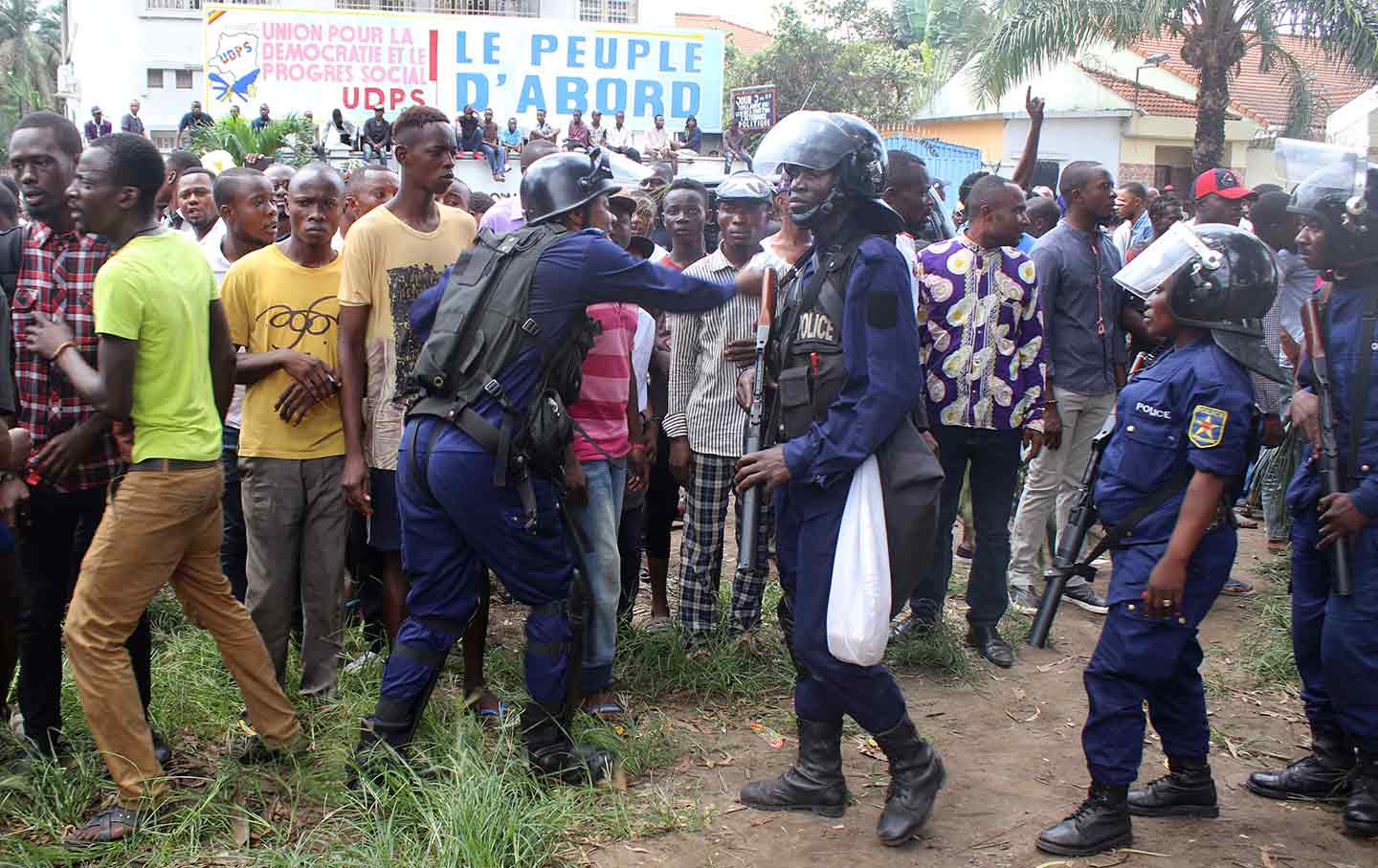 If you want to figure out how many people could eventually die in the latest outbreak of violence in the Democratic Republic of the Congo, don’t look at the actual number killed since last August, mostly by the Congolese army and its allies: nearly 4,000. Instead, consider the estimated 1.3 million people in the central Kasai region who are fleeing for their lives.  1

David Aronson, a longtime DR Congo expert who is presently working in Kinshasa, the capital, points out that 95 percent or more of the estimated 5 million Congolese who have died since 1998 did not perish during actual fighting. Instead, they died of hunger and disease after they fled from the violence, already weakened by their struggle to survive during normal times in one of the poorest countries on earth. 2

So if we do the cold mathematics, tens, maybe hundreds of thousands more could die, adding to what is already the greatest humanitarian disaster anywhere in the world since the end of World War II.3

If there is anywhere in the world where the rich nations have an obligation to act, Congo is the place.

This awful tragedy is not unfolding in a remote region, disconnected from the rest of the planet. For more than a century, the Congolese people have mined copper, cobalt, and diamonds in industrial quantities, exploited by Europe and America. All they have left to show for their hard work is a devastated hulk instead of a functioning nation. Just last September, a New York hedge fund, Och-Ziff Capital Management, was slapped with a record fine of $412 million for bribing President Joseph Kabila to get mineral concessions. If there is anywhere in the world where the rich nations have a moral, legal, and financial obligation to act, the Democratic Republic of the Congo is the place. 4

It is those very international financial connections that give the outside world considerable leverage over the regime. Kabila has been ruling illegally since last December, when his presidential term expired. Investigations show that his army is mainly responsible for the huge new wave of violence in the Kasai region. The United States and Europe must stop accepting his charade about eventually holding new elections, and increase pressure on him and his clique to leave power.5

“I can assure you that [sanctions] had a notable deterrent effect and rattled those implicated in abuses.” —Ida Sawyer, HRW

One proven tactic is targeted sanctions against specific Congolese individuals responsible for crimes against human rights. The United States and the European Union have already struck at two dozen members of Kabila’s entourage. Ida Sawyer, who monitors Central Africa for Human Rights Watch, was in Kinshasa last year when America imposed the first sanctions, and she told a committee of the US Congress: “I can assure you that it had a notable deterrent effect and rattled those implicated in abuses. It seemed that everyone among the political class and senior security force officers was talking about ‘the list’—who was on it, who would be sanctioned next, and what they could do to get off the list.” Sawyer explained later, “Congolese officials travel regularly to Europe and the US. Many of them do their shopping in Brussels and Paris; they have their medical appointments abroad, and their children study at universities in the US and Europe. Many also have homes and other assets as well as foreign bank accounts that could easily be seized or frozen.” 6

Kambale Musavuli, who works with the US-based advocacy group Friends of the Congo, says that America should stop supporting Kabila and other African dictators, and stop countenancing impunity for human-rights crimes. He points out that some of the Congolese military leaders who are being named for widespread murder in Kasai were responsible for atrocities in the war-torn east decades ago, but were never brought to justice. Musavuli is connected with a movement of young people in Congo called Telema (Rise Up), who have been arrested and shot for peacefully calling for democratic elections.7

Musavuli and others warn that the outbreak of violence in Kasai is particularly alarming, as the region, although desperately poor, had been mostly peaceful for 40 years. The Kabila regime last August tried to remove a traditional leader there, then cracked down viciously after local people resisted; some of the killings have been captured on grainy videos. Two courageous, experienced UN monitors who traveled through Kasai to document the tragedy were murdered this March: Michael J. Sharp, a 34-year-old American, and Zaida Catalán, 36, a Chilean/Swede. 8

James North: Congo Is One of the Greatest Humanitarian Crises Since WWII

Washington’s Role in the Renewed Violence in DR Congo

Veteran Congo-watchers suspect Kabila’s latest repression is directly connected to his aim to remain as president. As one who requested anonymity pointed out, “Many believe that the violence in Kasai is part of a broader strategy to provoke chaos across the country, make it ‘impossible’ to organize elections, and therefore allow Kabila to stay in power.” 9

So far, the Trump administration’s stance has been a welcome surprise. Congolese officials had apparently hoped Trump would ease up on them, but the United States is applying some pressure, and on June 1 Washington even added a notorious name to the targeted sanctions list: Gen. Francois Olenga, the de facto head of the Republican Guard, Kabila’s private force. But, Ida Sawyer explains, “More could be done. The US could go further up the chain of command and also sanction those who have helped to finance Kabila.” 10

The DR Congo regime is also trying to seal off its crimes in Kasai from scrutiny. The government just kicked out Sonia Rolley, whose thorough and painfully graphic Radio France International reports are the best single source on the atrocities, and Sawyer is also barred from visiting. 11

The 1994 genocide in Rwanda haunts Africa and the world. That year, one of the murderous Rwandan regime’s first steps was to expel reporters and other foreigners, so it could continue the mass killing in secret.12