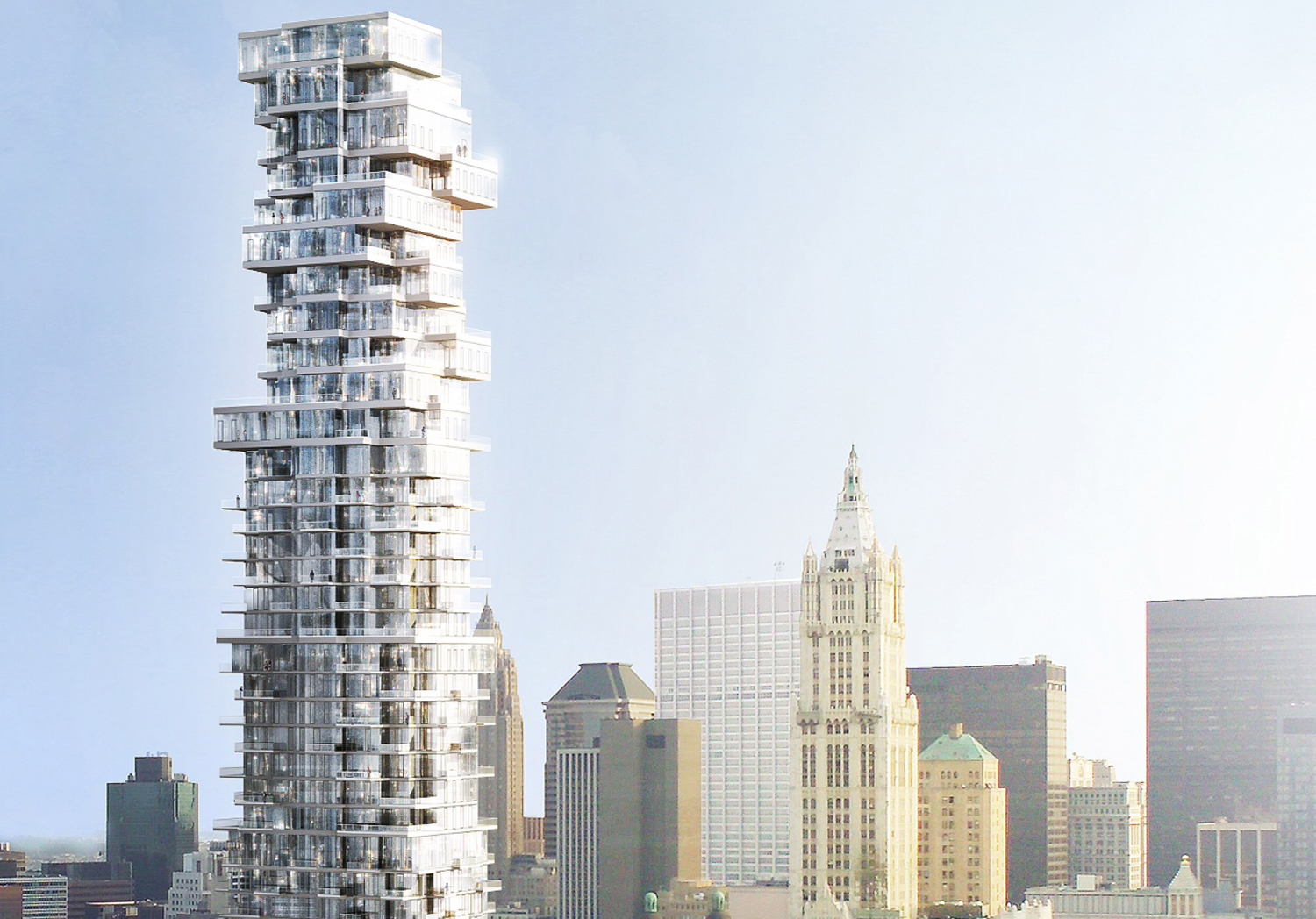 I spent ten days this summer in Basque country in Spain. The people were great, the food marvelous, the landscape gorgeous, and the towns and cities I visited—Santander, San Sebastián and Santillana del Mar—paragons of urbanity. There was a little detour to see a remarkable early house by Antoni Gaudí, one of those geniuses whose example throws me into indecision about whether to get back to work or simply give up. These places were wonderful not simply for their architecture and urban ensemble but for their thick habits of civility, the promenading and snacking and the fabulous scene at the beach, chock-a-block with all generations and with a body culture seemingly so unfetishized that it made me feel svelte.

It was my first visit to all of these towns. I’m still making up for lost time, as in my undergraduate hitchhiking days Franco’s Spain and junta-ruled Greece were on my index of forbidden places. I don’t regret my youthful scrupulosity, but my standards have, over time, become more elastic: I’ve visited Putin’s Russia, Deng’s China, Mubarak’s Egypt and Ceausescu’s Romania. That the proprietorship of civilization’s achievements so often falls to the tender mercies of fascists and other despots doesn’t diminish them, even though many are the attainments of cruelty. A visit to the pyramids is not a vote for the pharaonic style of governance.

And yet the view from the bedroom window at home, where I am writing today, makes me wonder. I had been intending to riff on a building that I’ve been watching rise for the past year. I hate the thing because, within the next few weeks, it will have grown so tall that it will almost completely occupy the view. Where once I gazed on a patch of infinite sky, I will now be obliged to look at architecture. This building—an interesting piece of design by the architects Herzog and de Meuron—will join a phalanx of overscaled structures like the windowless phone company behemoth by John Carl Warnecke that collectively form the Great Wall of Tribeca, an ornamented extrusion that not only boosts property values (a penthouse in the new apartment house has already sold for $47 million) but also subverts the idea of civility, the sense of collective responsibility in the shared environment. The new skyscraper usurps an uncodified but widely acknowledged right (for want of a better word) to the view.

Visitors to Singapore are greeted by draconian warnings of death should they be caught with the wrong forms of drug. But many are probably more intrigued by one of the truly eccentric strictures in Le Kuan Yew’s fantasies of social harmony: the prohibition of chewing gum, first imagined in 1983 and imposed by a successor in 1992. This has been slightly relaxed in recent years—after legal pushback from Wrigley’s and the signing of a free-trade agreement with the United States—and you can now buy a few sticks in a pharmacy for “therapeutic” use. But bringing more than two packs into the country is still considered smuggling and could earn you a year in the slammer or a caning. The reasons for the ban have nothing to do with mastication per se but with vandalism on the rapid transit system and the costs of cleaning up housing projects—over 80 percent of the housing in Singapore is publicly built (Mayor de Blasio, take note!)—and sidewalks.

While I am a not infrequent consumer of Dentyne, I must admit to great sympathy with the effects of the Singapore stricture: the place is clean as a whistle. I find New York’s gum-dotted sidewalks and subway platforms completely disgusting, each trodden piece a signifier of failed comity, absent civility, an affront to the respect we should accord to spaces we share. It’s bad citizenship. On a continuum with dog shit on one end and graffiti on the other, discarded gum surely occupies a place close to the former: I can see no possible interpretation that offers it the status either of art or insubordination. Can we not subsume this affront under the “broken windows” theory? Must this be an eternal part of our public décor?

Former New York Mayor Michael Bloomberg’s attempt to ban big sodas was equally illiberal, but it was rolled out as a matter of public health. To be sure, obesity and lousy nutrition are crucial issues, but the pushback correctly focused on the question of coercion applied to individual rights. For the sixty-four-ounce Slurpee, the argument couldn’t simply be—as with drug laws—that it’s bad, even immoral, as a type of private activity, but rather that the consequences of this individual behavior would have larger public effects, including increased medical costs to the government. Still, these arguments proved unpersuasive, even in a culture that doesn’t seem to be able to distinguish the nanny state from the caring state.

From the planning perspective—if you’ll allow this leap—the development policies of Bloomberg and his minions were entirely about encouraging the consumption of sixty-four-ounce Cokes. That building I see out my window is simply one example of this super-sizing, and we know exactly the nature of the sweetener involved. The issue, fundamental to a capitalist republic, is the necessarily and eternally contested nature of public and private rights. Bloomberg has a way of medicalizing issues, whether in his war on soda or his advocacy of gun regulations. Too much sugar or too many bullets are unhealthy, placing the individual body at risk, and it’s urgent to try to control them. Agreed. But there’s an elision between the body and the body politic that’s too easy, too promiscuous and too liable to outcomes that are too coercive. A legal proscription is a form of consensus—a nation of laws, not of men. We need to do something about gum—and needed to do something about dog shit—because our communal ethics of the everyday were simply not robust enough, thoughtful enough, to prevent the fouling of the nest we share. That there are no gum dots in San Sebastián speaks to a fundamental civility—a public compact—just as the rarity of gun violence does. This is not the absence of freedom but its embodiment.

As I bike up Sixth Avenue to my studio, I see the growing consequences of Bloomberg’s up-zoning, and it does make me think that there is something to the idea of original sin (“creative destruction” in the secular language of capital). The widespread removal of height and density constraints has liberated the inner Ayn Rand in every developer and resulted in the monuments to selfishness that are transforming New York City in a spatialized spectacle of uneven ethical development. SoHo is now being walled on the west with big buildings, overscaled shadow-casters that cannot be said to offer any public benefit save in an inverted version of the soda-pop law: making more money and housing more rich folk produces more taxes and thereby benefits the commonweal via trickle-down. While Bloomberg worked many wonders in providing public amenity—new parks, bike lanes, improvements to infrastructure—he failed to elevate our public culture, which must rest, above all, on a sense of equity. Now we build our monuments to the income gap.

Or to sanitizing horror. Not too far from my apartment, the recently opened 9/11 Museum insistently reduces twisted remnants of steel into monumental sculpture, a figure completely familiar and benign. It is a stark contrast to the inescapable deluge of images from Gaza, Aleppo, Mosul or Donetsk. One of the special ironies of the horrific scenes in those cities, and in the ruins of the World Trade Center, is that architecture itself is implicated as the final cause of death. The majority of civilians killed in war perish in their homes or in other buildings in which they’ve sought shelter, crushed by falling concrete or ripped apart by flying rubble. It’s absurd to suggest a theory of delinquency (and this is the critique of “broken windows”) that traces a line straight from gum on the sidewalk to genocide, but it’s also wrong to deny that the way we choose to apportion responsibility, benefit and choice is legible all around us.

My all-time favorite museum is a little place in Bandera, Texas, visited once a couple of decades ago, which may or may not still be there. What was striking was that it seemed to embody no principle of exclusion: on display were a two-headed calf in formaldehyde (eat your heart out, Damien Hirst), miscellaneous LBJ campaign posters, high-school football trophies and the first professional hair-dryer to be used in the town—one of those Perspex nose cones lowered over the curler-constrained hair of local ladies reading Good Housekeeping. It was a museum of… whatever, and it apparently acquired its collection on the basis of what the town’s inhabitants found fascinating, consequential, weird or simply ready for the trash.

What this museum signified as a larger cultural matter was an exponential increase in stuff, and it had determined to take an institutional role in marking—and arresting—a moment in its progress from the assembly line to the landfill. The Guggenheim, “headquartered” in New York and enamored by its own multiplicity, is brilliantly placed to track this same trajectory. Serial global expansion—Abu Dhabi today, Helsinki (where an architectural competition for a new museum has just been launched) tomorrow—is predicated on the promise to induce a series of “Bilbao Effects,” which is to say, to stimulate activity on the basis of its image, not its contents. Nobody much cares what’s actually in the building—what’s important is that the “collection” is externalized in the form of new restaurants and bars, hotels and souvenir shops, and the sonorous ka-ching of cash registers and hushed swoop of credit cards. The efficient thing would be to dispense entirely with the internal collections, which are generally interchangeable and without any particular relevance to the idea of the local. Not to be a philistine, but if you’ve seen one balloon dog or Jenny Holzer, you’ve pretty much seen them all.

So what about this? Build empty Guggenheims—walls without a museum—everywhere (the crazier the architecture, the better) with only one requirement: that they be fireproof. Dispense with the noisome costs of curators and guards, with the museum cafe and shop, with the heating and cooling, the parking lot, and the rest of it. Create a real policy of open admissions, and let the residents of the subject town just cram the thing to the gills with… whatever. (After all, who needs effete bozos from New York to tell us what we like?) Once the collection becomes impossibly dense, soak it in gas, strike a match and burn it to a crisp, clearing space for the next round of acquisitions. Imagine the pagan delights of an annual gathering around the pyre of soon-to-be-forgotten stuff, the dancing and chanting and drinking—a potlatch of squandered consumption—as the roaring flames clear the decks for next week’s taste.