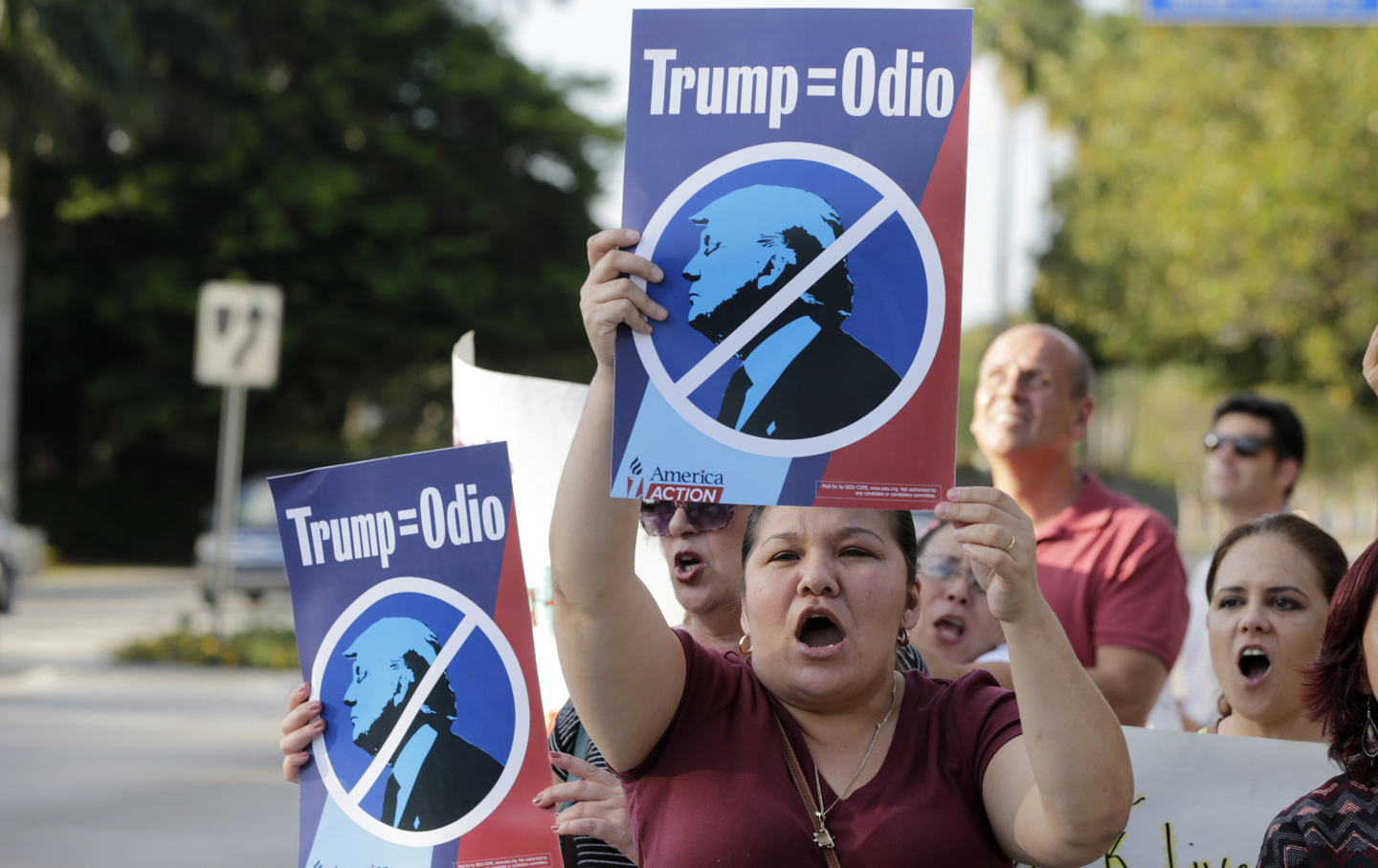 If you listen to Donald Trump, you’d think that undocumented immigrants were coming over the border to not only “take our jobs” but also to steal US elections. But while border hawks like Trump are wrong about the voting, they’re right about the potential influence of noncitizens on the body politic.

A study of the social dynamics of immigrant populations reveals how civic activism extends beyond casting the ballot in November. Contrary to the stereotype of immigrants idling around and sponging off benefits, political researchers James McCann and Michael Jones-Correa of Purdue and University of Pennsylvania argue that although noncitizens, greencard holders and the undocumented may lack the vote, they form a vital public voice on policy issues affecting not just migrants, but all people living with hardship.

The undocumented wield special influence as living testaments to a crisis, shaping the worldviews of family members who are eligible voters. The undocumented are also present in the political spheres of their churches, schools, and workplaces, and aid voter drives, valiantly defying political barriers.

Since most immigrants of any status have lived in the United States for over a decade, the researchers point out that non-citizens are today “part of how we think of the public, even if not necessarily part of the electorate.”

Actually, if immigrants were a voting bloc, according the study, published in the journal RSF, they would be model citizens. Previous analyses of noncitizen survey data during the 1990s and 2000s, which extrapolated from the experiences of immigrants who lacked voting rights but were exposed to other political activities, shows Latino immigrants’ participation mirrors that of other social groups, despite structural barriers. According to the Latino National Political Survey, for example: “6 percent reported signing a petition, 5 percent expressed political views symbolically by wearing a button, and 4 percent had written a politician.”

Latino survey data from 2006 reflects significant engagement among non-citizens at the grassroots level: “nearly 80 percent stated that they had participated formally or informally in collective initiatives to solve community problems.” Similar polling of Asian immigrants without voting rights revealed “nearly 20 percent worked to solve a community problem.” In recent years, immigration raids and detentions have set off mass mobilizations and direct actions, including rallies and sit-ins, as well as petitioning, lobbying politicians, allying with sister social movements, and making protest art. Undocumented immigrants have also driven the grassroots labor movement’s nascent organizing campaigns among low-wage workers, many of them exploited due to their precarious legal status.

Perhaps these developments mean that while lack of voting rights could cut off one channel toward political engagement, it doesn’t negate, or might even heighten, a community’s drive to work outside the ballot box to effect change.

In this election season, especially, politics is a frightening terrain when your parent is one of the millions of undocumented immigrants that the leading Republican candidate wants to kick out of the country. Combine that with Trump’s call to close the borders to Muslims and Mexicans and the record deportations under the Obama administration, and political involvement becomes a necessity.

In multigenerational immigrant households—which are often of mixed legal status—politics tends to run in the family. Surveys show that children of the undocumented, compared with children of immigrants with legal status, display higher rates of political engagement, which is associated with growing up in a home dealing daily with the social consequences of the border. “Because they’re being spurred on by [their families’] experience.… This is an example of how the experience of the undocumented shapes the lives of those around them and shapes the political engagement of those around them,” says Jones-Correa.

Technically the 14th Amendment conditions voting rights on citizenship, through birth or naturalization. But other tenets of the Bill of Rights are supposed to apply to all on US soil, granting migrants equal protection of the law and by extension various rights in the realm of labor, health, and education (though these rights have always been and continue to be illegally curtailed for many disempowered populations). This discrepancy suggests both the inadequacy of the franchise and the need to enfranchise immigrants in other ways to allow them to function as full, productive members of their communities.

McCann and Jones-Correa question what representation means in the current legal system, in which “approximately half of the noncitizen population, even individuals who have resided in the country for many years, have no standing to be represented as coequal participants in the political community.” This community is fenced by a byzantine configuration of geographic manipulation and demographics, even though the voting population remains severely limited—by not just citizenship restrictions but also massive rates of felon disenfranchisement and other institutional barriers. And without electoral representation, “in a democratic system, should the preferences and needs of the substantial noncitizen resident population be taken into account?”

After all, immigrants do pay taxes, work, get sick, and raise kids—deserving no less a stake in their political communities than a peer who happened to be born on the right side of the border.

The challenge for policy-makers is to create institutions and laws that enable maximum democratic representation. The challenge for the rest of us, which applies regardless of citizenship, is to be democratic in our political expression—whether it’s signing a petition, joining a union (no citizenship required), voting in a small-scale local election (open to noncitizens in a few jurisdictions), or forming a human chain around a detention center (at your own risk).

No one benefits when the political community sets narrow borders for itself, not even those who think they are “protecting democracy” by excluding others from it.

While the vote is a powerful political action, Jones-Correa says, “it’s not the only thing that people do. And most people in their lives do a lot more than voting.… [Voting is] an occasional thing, but we’re citizens all the time, and people engage in politics all the time, whether it’s in their neighborhood, in their schools, and in just that way, undocumented immigrants do too, and they have lives here too.”

You won’t see noncitizens at the polls this November, but that may be the only time you won’t be in their presence.