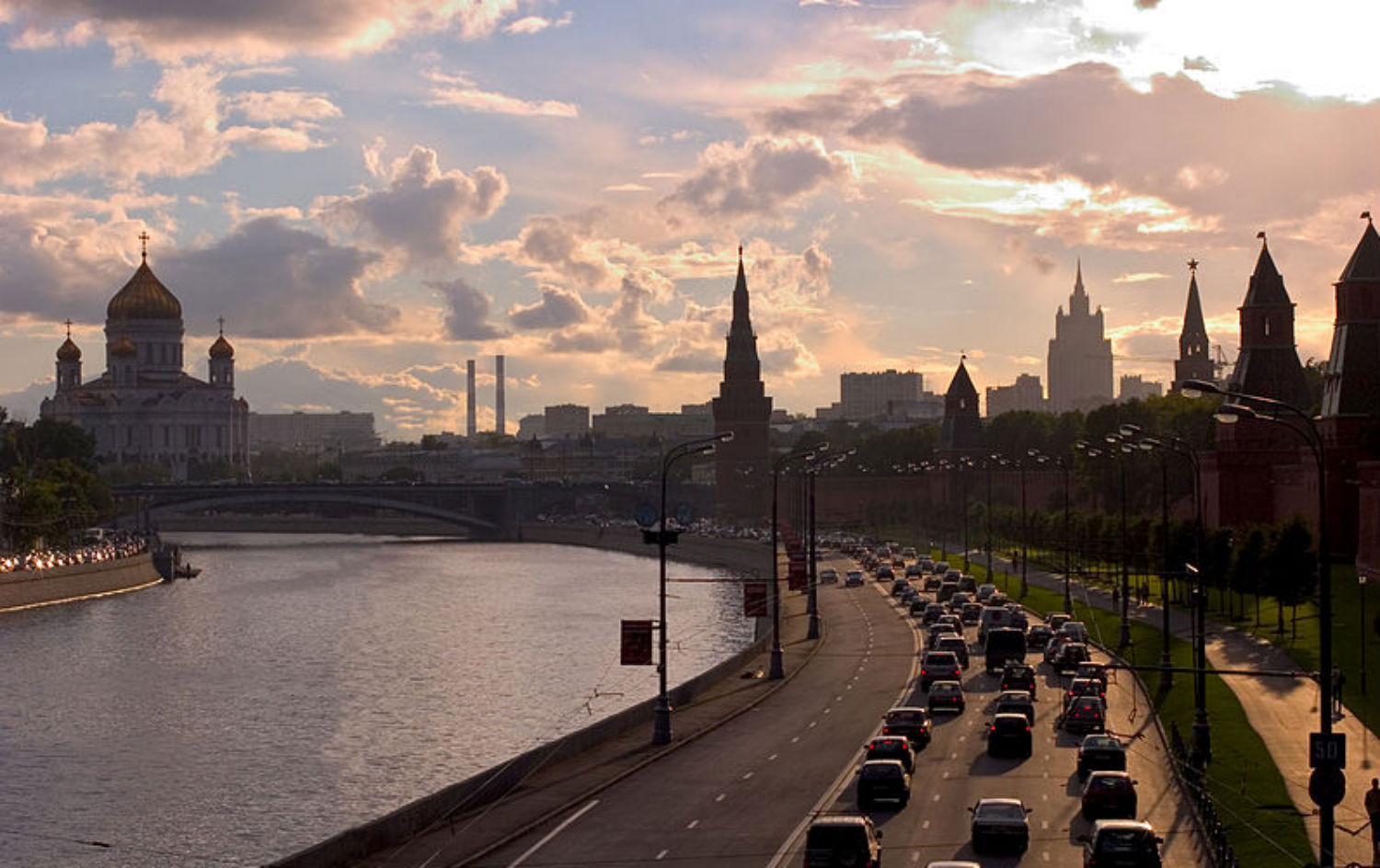 Contrary to general impressions in the West, several Russian newspapers are politically independent, irreverent and lively. They also vary in content, initiating new features to appeal to their specific readerships. One of the most innovative is the democratic opposition newspaper Novaya Gazeta (The New Gazette), edited by Dmitri Muratov, and which includes former Soviet President Mikhail Gorbachev as a minority shareholder. During its tenth anniversary year, 2003, it ran an occasional series entitled “Novaya’s Questionnaire” (Anketa), asking prominent people to answer the same questions without the mediation of an editor or interviewer. In this twentieth anniversary year, Novaya resumed the series. With few exceptions, the respondents have been Russian writers, political figures and other public personalities. One exception is Nation contributing editor Stephen F. Cohen, whose articles and books published in Moscow are known to many of Novaya’s readers. His “Questionnaire,” which appeared in the issue of October 14, is translated and posted below in a slightly edited form.

2. It is pointless to ask you to do—what?
To discuss God, because I lack sufficient knowledge.

3. Is there an incomplete undertaking you regret?
Looking back on my life, from my home state of Kentucky to Russia and elsewhere, and having had the good fortune to live in such interesting times, I deeply regret having failed to keep a consistent diary—and the lack of self-discipline it reflects.

4. What kind of book would you not permit your children to read?
After children reach a certain age, perhaps 14 or 15, there are no such books. I dislike all kinds of censorship, including the “benevolent” kind. Anyway, they will see and hear everything on television or on the Internet. Nor have I forced my children to read any books. As a result,only one of my three children, Nika, has read any of my own books, and she read only one, The Victims Return, because it is a partial memoir of our years together in Russia.

5. Which is more difficult for you to hear—words of gratitude or words of apology?
Neither is difficult to hear, if they are sincere. Indeed, all of us should express such sentiments more often—in order to acknowledge kindness or reliability on the part of others and to acknowledge our own imperfections.

6. What could you make with your hands to sell?
When I was young, I wanted to be a professional golfer. I no longer have those skills, but I can still teach people how to play golf, which involves the use of my hands; though when Stalin’s daughter, Svetlana, once asked me in Princeton to teach her, I politely declined.

7. Which attribute of your youth do you dream of regaining?
My abilities as a golfer and, when I was in my early 20s, the inclination to prepare myself to become some kind of political leader. Now they are personal variants of those “lost alternatives” I write about in my historical books and articles.

8. How much cash do you need in your pocket to feel comfortable?
Enough for a taxi, in case there is a sudden storm and no subway nearby; and for a slice of pizza (my favorite fast food) if I am hungry. Having spent so much time in less than fully safe neighborhoods, first as a basketball player and later as an organizer of tournaments, I developed the habit of having on me only as much money as I need.

9. What do you lack adequate time for on a daily basis?
Work, love (including sex) and sleep.

10. The element of comfort that is most difficult for you to do without?
Quiet and an absence of stress.

11. Was there an aspect of Soviet reality that you miss?
From 1976 to late 1982, when I could no longer obtain a Soviet visa, I often lived in Moscow under Brezhnev. I still miss two aspects of that Soviet reality: the close, honorable relationships among my Moscow friends; and the rich, uncensored, sincere “kitchen” conversations in their apartments. Later, from 1985 to 1992, I also lived frequently in Moscow. I miss the intellectual and political excitement, the hopes, and (yes) the great achievements of those perestroika years, now increasingly forgotten or derided, both in Russia and the West.

12. In your opinion, what are three defining features of contemporary Russia?
People who know me personally or my writings know that I never judge or lecture Russia, but these three inter-related features are objective, not my subjective opinion: the excessive concentration of wealth in too few hands; the political-economic system, including widespread corruption, which that feature created; and, as a result, the unwillingness of the financial élite and its many official retainers to permit truly free elections. (All this began, of course, in the Yeltsin 1990s, not under Putin.)

13. How many days of vacation are you able to allow yourself at one time?
For me, as for most intellectuals, there is never a pure vacation. When I go on “vacation,” I take my “work” with me, so the number of days hardly matters. Probably, this is not a good thing, but it is inherent.

14. If you could make a phone call to the past, whom would you call, and why?
For many years I have studied and written about the Stalin era. I still have important questions. To answer them more fully, I need to speak with Stalin—primarily about his monstrous crimes during collectivization and the Great Terror. Not to judge him, but in order to understand. But I need another call to the past. As I now prepare an expanded edition of my biography of Nikolai Bukharin, using archival and other new materials, I also need to ask him important questions.

15. What kind of charitable donation would you make with pleasure?
College scholarships for young African-Americans and subsidies for the first books of young Russian historians.

16. Which traits in people most irritate you?
Without ranking them: deceit, unreliability, political correctness.

17. Which of the “deadly sins”—pride, envy, greed, gluttony, lust, sloth and wrath—do you think is not so deadly?
Having indulged in all of them from time to time, I can say from personal experience that none in moderation are deadly. The exception may be lust for power, which, as we know from history, can be deadly, even murderous.

18. Which traits displayed by young people today provoke in you envy or amazement?
Like all “senior citizens,” as politically correct Americans now call old people, I envy young people for their youth. Their only trait that amazes me is the apparent inability of many of them to distinguish between opinion and fact on the Internet, which is where most young people get their “knowledge.” This may be related to their habit of responding to serious questions with, “Whatever.”

19. Your ideal woman?
Intelligent, critical-minded, compassionate, beautiful, a devoted companion and loving partner, and the chief editor of a journal that will publish my articles—that is, my wife.

20. Your ideal man?
For me, there is no “ideal man” because I resent men who are ideal in all of the ways that I am not.

21. What is the most enduring impression of your childhood?
I grew up in a fully segregated small town in the American South, in a society and system that was the American version of apartheid and the legacy of slavery. We—the children of that era—were told that segregation was natural and forever. But that experience actually taught me, though I understood this only later, that decent people must struggle for change, even if the struggle is inconvenient or even dangerous, because there is always a better alternative. This truth was illustrated by the history of my own state, Kentucky. During the American Civil War, one Kentuckian, Abraham Lincoln, was president of the Union and another, Jefferson Davis, president of the Confederacy. It is also illustrated in the history of Soviet Russia, as readers of Novaya Gazeta know from the example of Mikhail Gorbachev.

22. Is there a word or expression that grates on you?
In the US media, American politicians and commentators frequently use the expression, “At the end of the day,” by which they think they mean, “In the final analysis.” In reality, there is rarely any analysis in anything they say, only conformist ideological narratives and self-serving utterances. For whatever reason, perhaps because as a historian and political observer I take analysis seriously, I am very irritated by this expression.

23. Your favorite family legend?
Most of my more distant relatives were killed by Hitler or Stalin, so we do not have many family legends, but I created one myself. Years ago, when the film Conan the Barbarian, starring Arnold Schwarzenegger, was popular, I told my youngest daughter, Nika, that we were descendents of Conan. To a young child, for whom Cohen and Conan sound almost the same, this was plausible. Nika liked this “family legend” very much, but she outgrew it, along with much else that I told her.

24. What do you fear more than death?
The prospect that any of my children might die before I do.

25. What will you overpay for without regret?
I try always not to overpay for anything. Therefore if I later discover that I overpaid, I resent my failure, no matter how large or small the good or service. There seems to be no overpayment I will not regret, a personal trait that I probably inherited from my father, who was a product of the Great Depression.

26. Name a problem in Russia that must be solved soon.
In addition to the three features in question No. 12, there are two others, both related and well-documented by public opinion surveys: the widespread popular perception that the great wealth possessed by relatively few Russians was obtained illicitly and remains illicit; and the widespread belief that today’s Russian state bureaucrats care less about the people, are more corrupt and are less patriotic than were their Soviet counterparts.

27. Recall your happiest day in the twenty-first century.
I am still waiting for that day. I hope it will be when doctors discover a cure for the disease that afflicts some members of my family.

Bob Dreyfuss explains why the US-Iran nuclear accord is a momentous event.