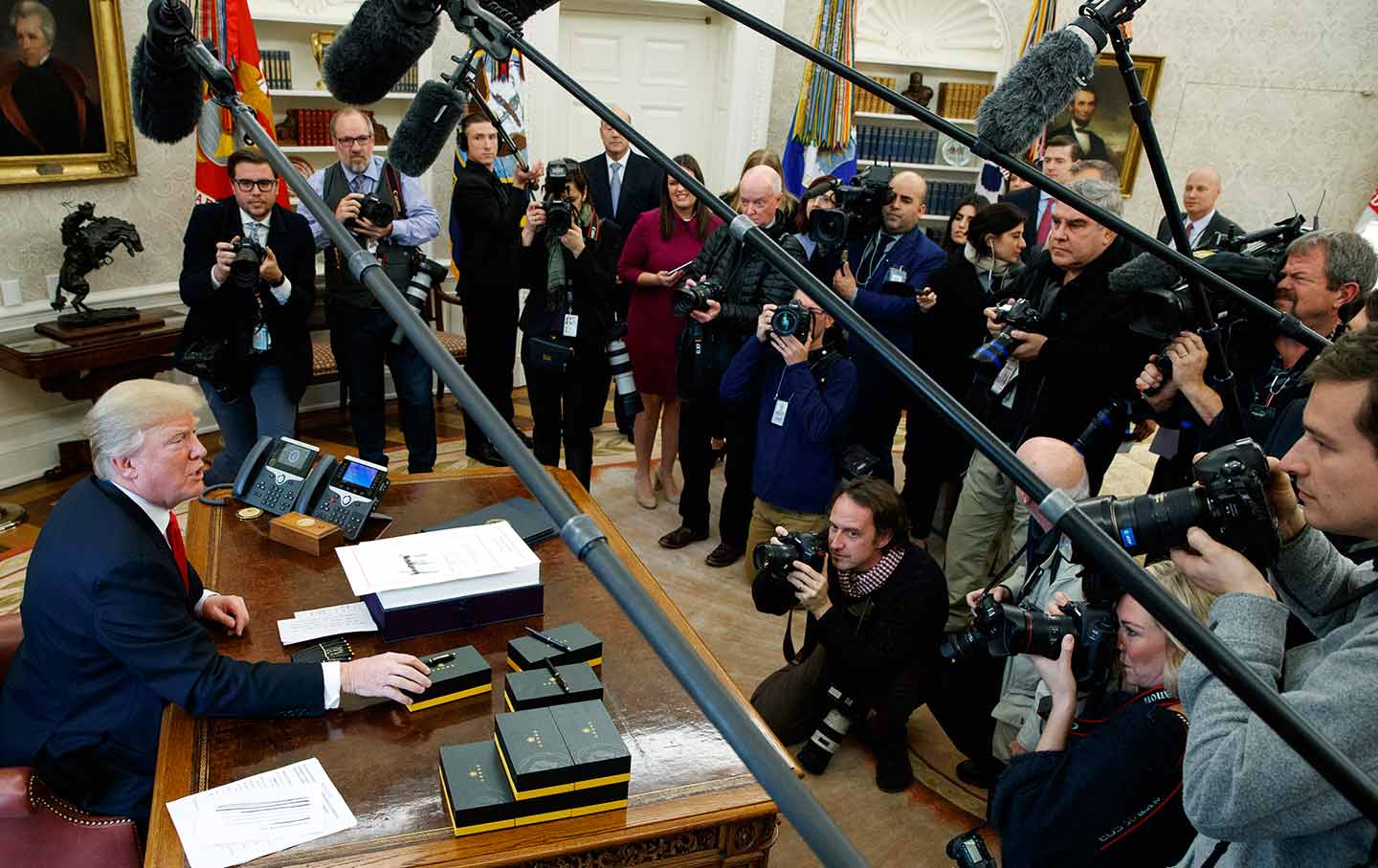 In his final speech to his colleagues, Senator Al Franken expressed his concern “that it feels like we’re losing the war for truth. And maybe it’s already lost.” The measure of our defeat may be seen in the fact that we have a president who, according to The Washington Post’s lowball estimate, tells an average of 5.6 falsehoods per day.1

Lying presidents are nothing new. I coined the term “post-truth presidency” back in October 2004 to refer to the George W. Bush administration. What’s novel about Donald Trump, however, is that he does not lie in pursuit of some larger political goal or to hide a potentially damaging secret. He just likes to lie, often for no discernible reason. But while Trump is a moron in most respects, he is an instinctive genius at media manipulation. And here, his apparently purposeless mendacity achieves two significant goals: First, he overwhelms traditional journalism, which cannot keep up and does not even wish to try. Second, his shamelessness inspires others to revise and expand his lies until they become “true,” at least in the right-wing universe of cable-news-driven political discussion.2

A textbook example of the first phenomenon can be found in the recent impromptu presidential interview granted to The New York Times’ Michael Schmidt at Trump’s Mar-a-Lago resort in Florida, where the reporter—crouched, literally and symbolically, in a “catcher’s squat”—invited Trump to lie to him without interruption. If you think I exaggerate, here are Schmidt’s own words: “Some readers criticized my approach, saying I should have asked more follow-up questions. I believed it was more important to continue to allow the president to speak and let people make their own judgments about his statements.”3

Thus was Trump given the Times megaphone to say whatever he wished, regardless of whether it had any basis in reality. The following day, the Times found 10 occasions in which the president uttered falsehoods in those 30 minutes—a decidedly conservative estimate compared with The Washington Post’s tally of 24 and the Toronto Star’s 25 (with only some overlap), which comes out to just under one per minute. What’s more, Schmidt’s (and the Times’) idea of letting readers “make their own judgments about his statements” is a fundamental abdication of the journalist’s purpose and profession. How can the average citizen be expected to know that Trump “exaggerated the trade deficit with other countries,” as the Times later pointed out? Do people walk around with accurate estimates of individual US trade deficits in their heads? Needless to say, a next-day article questioning a few of the president’s falsehoods does not undo the damage done by acting as a stenographer for Trump’s lies.4

And lest you think the Times might reconsider this policy because we have a lunatic in the Oval Office, take a look at White House correspondent Maggie Haberman’s response on Twitter to criticism of the interview: “Hslf [sic] of Twitter thinks the Schmidt interview was revealing about the POTUS because it was his unfiltered thoughts. The other half is angry that @nytmike did not audition as an extra for the courtroom remake of ‘A Few Good Men’ and interrupt him constantly.” In other words: “Shut up, everyone. We’re the Times.”5

The bad news is that the media universe intentionally disseminating pro-Trump lies is about to expand exponentially. Sinclair Broadcast Group was recently fined $13 million by the Federal Communications Commission for failing to identify sponsored programming—or, to put it another way, lying to viewers for money. But the company’s corruption isn’t only financial; it is also political. Sinclair forces its stations to run right-wing commentary on local newscasts, and during the election it cut a deal with Jared Kushner to give Trump favorable coverage in exchange for access to his campaign. Sinclair’s proposed $3.9 billion takeover of Tronc (formerly the Tribune Company) would mean that it will be able to lie to viewers of 233 broadcast stations covering 72 percent of the United States.6 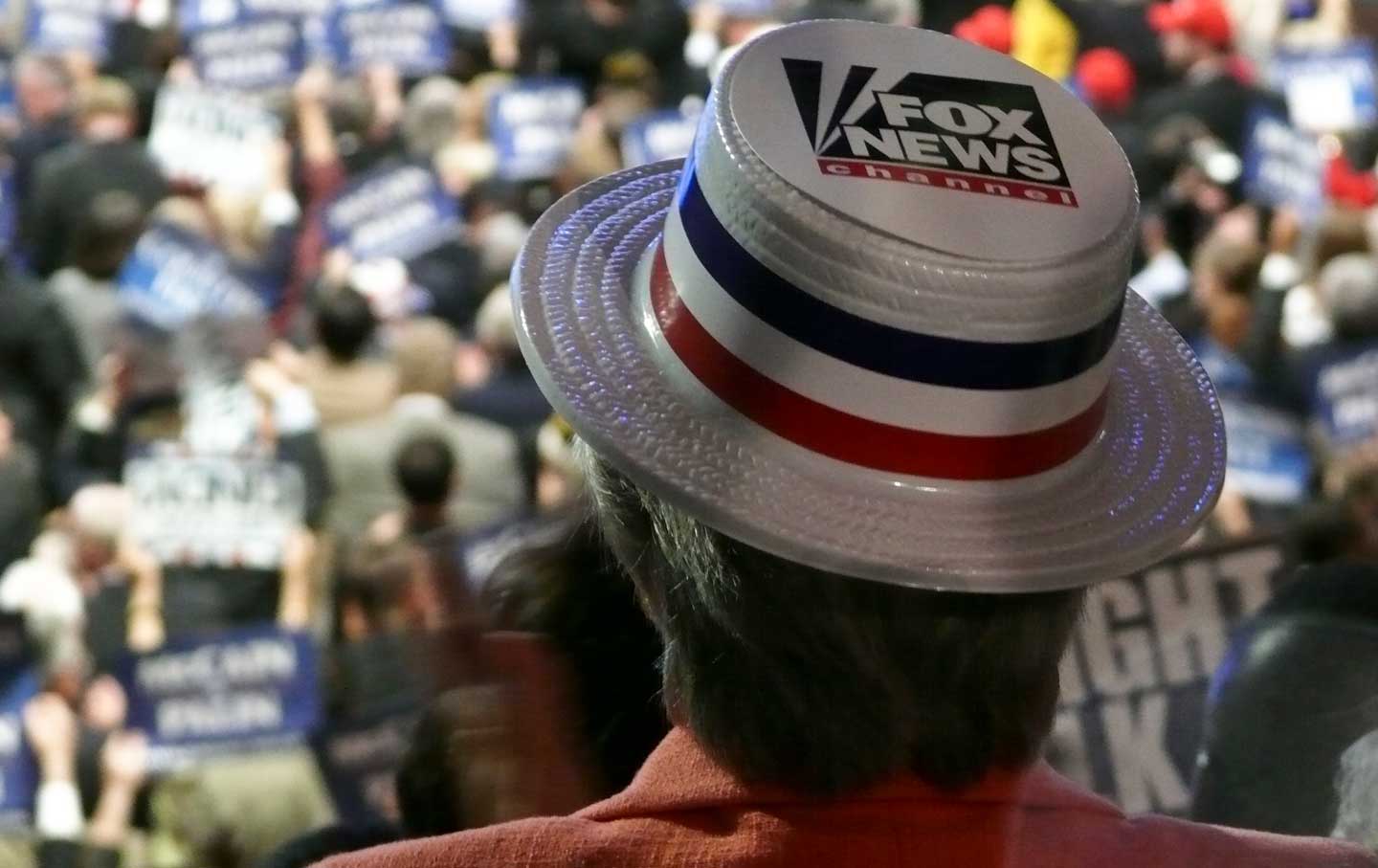 Meanwhile, Rupert Murdoch is selling the entertainment portion of his empire to Disney for $52.4 billion. (Yes, that’s a B.) At the moment, Murdoch owns only 28 local stations, but guess what? “We will be in the mood to expand and do new things. And we’ll have the ability,” he said in an investor call. By this, he presumably means the ability to turn countless local news stations into propaganda outlets for our pathological liar in chief, just as he has done with Fox.7

The billions Fox brings in is likely the reason that—according to Michael Wolff’s Fire and Fury—Murdoch has become Trump’s hero and lodestar. (This despite the fact Murdoch reportedly considers Trump to be a “fucking idiot.”) Wolff also reports that Peter Thiel, the Trump-loving Silicon Valley billionaire and sworn enemy of press freedom, has been looking to start his own network. Inspired by the success of Steve Bannon’s Breitbart, Thiel was in talks with the late Fox News impresario Roger Ailes to create an even crazier, even more dishonest TV network, and was hoping to rope in Ailes’s fellow sexual predator, Bill O’Reilly, and Fox’s Trump whisperer, Sean Hannity.8

Having lost the support of billionaires Robert and Rebekah Mercer, “Sloppy Steve” is now out at Breitbart, but there is no doubt that his old “news” organization, and the rest of the right, will continue to lie on behalf of Trumpism. Recently, Breitbart’s top editor, Alex Marlow, admitted that while he personally believed former Alabama Senate candidate Roy Moore’s victims, he nevertheless sought to discredit them to prevent the creation of “a standard where President Trump…will not be able to match whatever standard is now in place for who can be a United States senator.” Marlow has a point. If we allow silly concepts like “truth” to hold sway, how can Trump be expected to live up to the standards of a slavery-supporting alleged child molester?9