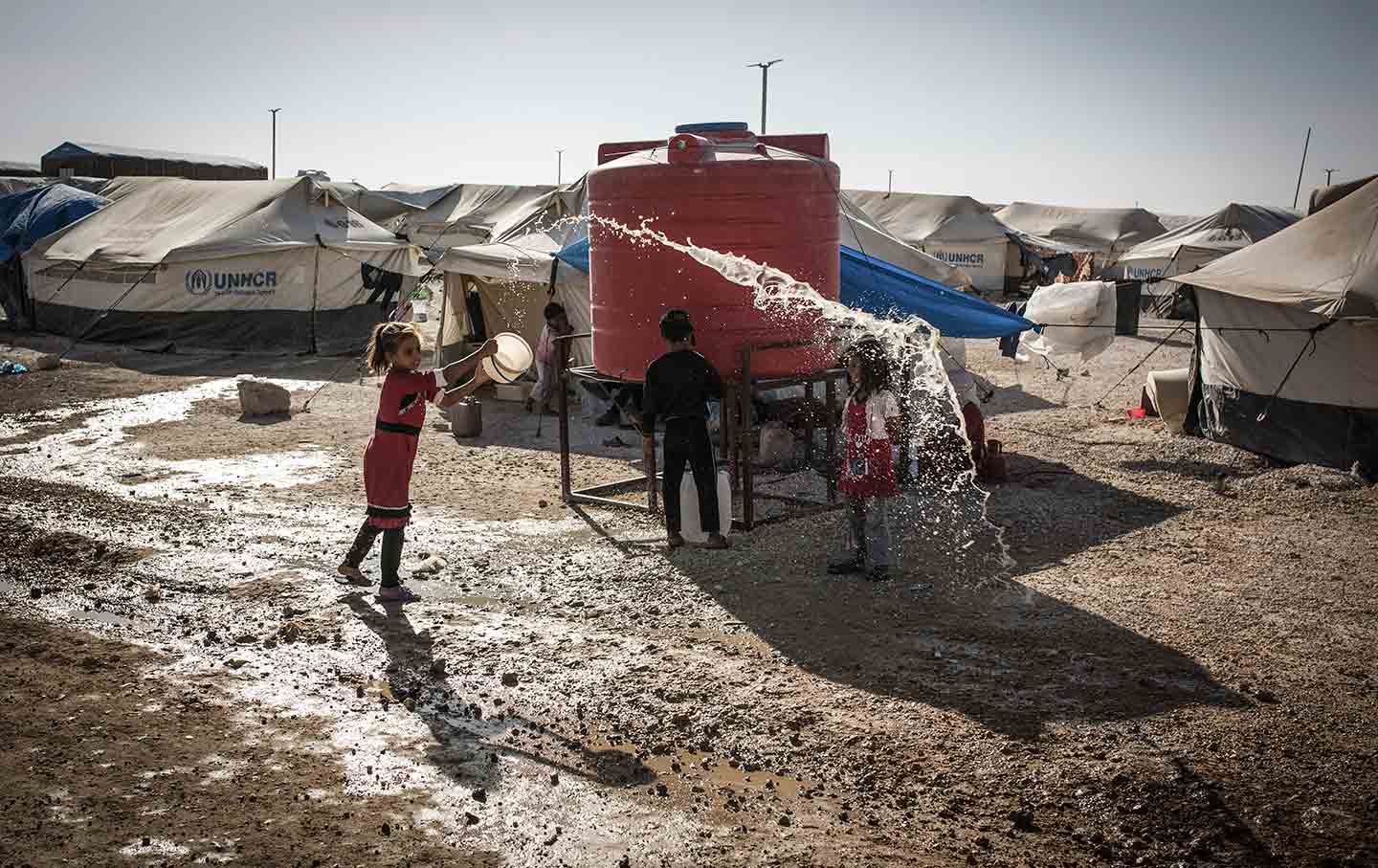 While the fallout from the Trump administration’s family-separation policy continues, the White House is spreading another humanitarian crisis around the entire world by keeping other refugees from ever reaching American soil. The administration is currently considering slashing the quota of refugee admissions by another 40 percent, on top of the previous year’s reduction, which halved the number of annual admissions to 45,000. The potential cut in the refugee “ceiling” by more than three-quarters since 2016, resulting in a cap of 25,000, would mark a break from historical precedent and, for human-rights advocates around the world, a moral outrage.

With the worldwide number of refugees surging toward 30 million, refugee organizations and advocates say Trump’s border-security crackdown is eroding a keystone of the country’s humanitarian obligations.

“There are things that have been said and policies that have been implemented that have had the effect of dramatically reducing the number of refugees that come into this country,” says Melanie Nezer, senior vice president of public affairs at the faith-based service organization HIAS. Speaking for communities that have long hosted refugee populations, she adds, “We’re talking about a subset of refugees who for a long time had hope that they had a future in the United States. Some of them have family members here, so that adds this extra layer of pain…. We just have to look at the impact that this has had on refugees, on their family members here, on the faith communities here like ours.… There are thousands of people across the country in our communities who want to welcome refugees.”

Unlike asylum seekers, who have already made the journey to the United States, refugees generally undertake the process before departing. They often must prove through voluminous paperwork and multiple interviews that they have family ties or community-based sponsors already in the country. And the waiting list for resettlement is so long that it can take months or years for your name to come up. Early on in Trump’s first term, his so-called Muslim ban slammed the door most harshly against refugees from several predominantly Muslim countries, and though the order itself has been somewhat rolled back, its validation by the Supreme Court has effectively codified Trumpian Islamophobia.

Overall, refugee admissions are expected to dip to their lowest rate since since the current system began in 1980s. But even more drastic could be the impact of increasingly harsh vetting for new refugee applications; the “ceiling” on refugees is merely the potential limit, but in the meantime, there’s little stopping the immigration service from simply tightening the sieve when screening people for security concerns. At the start of 2018, there were already signs that humanitarian pathways were shrinking well below the cap—actual admissions had dwindled during the first 10 months of the fiscal year to fewer than 18,000.

Under “enhanced vetting” procedures announced in October, a reform that accompanied the Muslim ban, “high-risk” countries are facing harsher screening of personal background records and social-media accounts. Humanitarian groups have warned that thousands of refugees could be placed in more danger as they are subjected to tighter reviews. The immigration service is already facing a backlog of 700,000 resettlement cases.

Meanwhile, despite ongoing congressional and local political support for what remains of the refugee program, Republican lawmakers have advanced a proposal to give individual states veto power to turn away refugees assigned for resettlement by the federal government.

The clamp down on refugees has also massively disrupted the services and institutional capacity of a network of refugee-resettlement agencies, which play a critical role in helping to house and resettle refugees as well as providing long-term support for reintegration, job transition, and language learning. These agencies are at the front line of helping refugee families begin new lives through their host communities and immigrant diasporas—including mental-health treatment, legal aid, and social support to overcome the cultural alienation and family rifts that often emerge in refugee communities.

Budget cuts might have just as punishing an impact as outright bans and admissions caps: Last year, the administration moved to shut down dozens of refugee-resettlement service agencies, and the financial strains have crippled agencies that often provided basic community supports in addition to the direct resettlement services contracted by the government. There have been huge layoffs of service workers who form a crucial liaison between state institutions and a population that often arrives traumatized, unmoored, and impoverished in a strange land.

Lutheran Immigrant and Refugee Service (LIRS), a longtime service center that has turned Lancaster, Pennsylvania, into a hub for refugees from the Middle East, Asia, and Africa, has been struggling to cope with a reduction in refugee admissions on top of financial cutbacks. As the 2018 fiscal year winds down, LIRS says it has received fewer than 3,700 cases—compared to a resettlement caseload of nearly 9,800 in fiscal 2017—including reductions in admissions of 92 to 100 percent from several countries impacted by Trump’s “Muslim ban”: Iran, Somalia, Syria, and Yemen. After slashing operations at its headquarters by 15 percent, LIRS says the cuts have had “major impacts for refugees who are already here, for refugees seeking resettlement, for family seeking to reunite, and for our capacity as a country to welcome refugees in the future.”

Milwaukee Catholic Charities shuttered its office altogether in July, after refugee arrivals in 2018 dipped to just 97 from about 700 in 2016. The closure was the culmination of a slow political regression for the city that has long served as a Midwestern haven for African, Asian, and Middle Eastern refugees—and where candidate Trump made one of his most brutishly bigoted stump speeches and captured the state in the election weeks later.

As the White House continues to destroy channels for safe and legal passage by individual refugees, it is unraveling multiple other forms of humanitarian reprieve, in some cases directly cracking down on those already granted protection: the haphazard repeal of Temporary Protected Status for migrants from several countries that have suffered humanitarian crises, including Haiti, El Salvador, and Nepal, effectively revokes legal status for hundreds of thousands of migrants already living and working here, including those raising US-citizen children and well-established residents who haven’t returned home in many years. Many of them now face deportation to places where human-rights violations remain rife, so they may essentially face the same devastating fate as individuals who might otherwise qualify for refugee protection.

As borders harden, and refugee organizations are wiped off the map, hundreds of thousands who rely on these institutions retreat into fear and silence, showing that the country is closing off to its own communities as well.