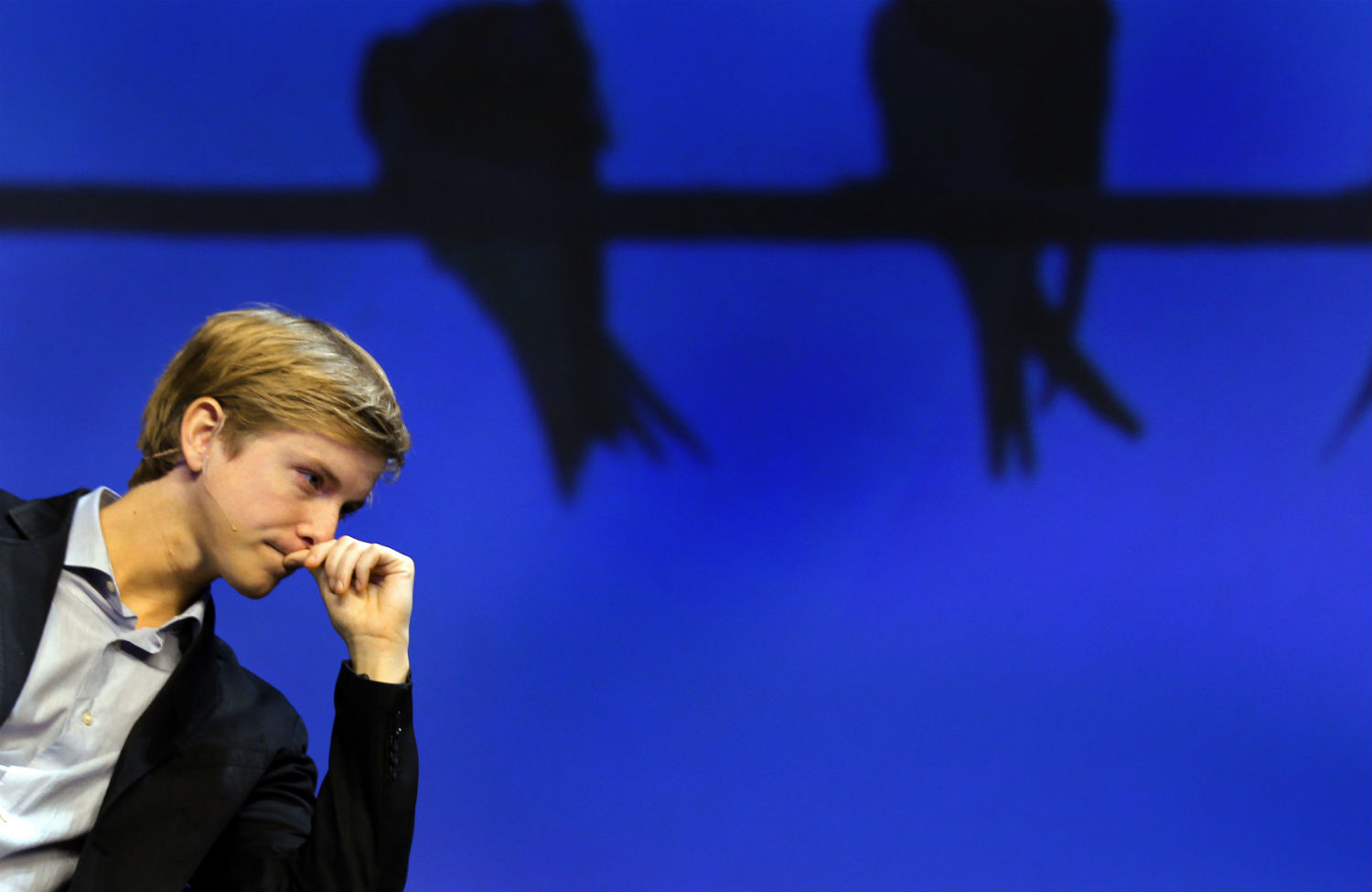 My new Nation column is called “The Trouble With Democrats.”

I’ve written quite a bit about The New Republic over the years, though nothing since Marty Peretz was forced out and it ceased to be a problem in my life. I’ve chosen not to say anything of substance regarding Chris Hughes and the current conundrum he has created because I think the issues raised are too complex for me to do justice to them in just a column, and most of what I would say now, I’ve already said (except to note that I thought it was quite a good magazine post-Peretz, albeit one that no longer served the role it historically claimed for itself; and it’s a shame that it will cease to exist). Anyway, I’ve taken the opportunity of today’s blog post to collect a bunch of articles, columns and sections of books I’ve written that are available on the web and provide links to them. I hope those interested in the topic find them to be useful and/or interesting:

1. Thanks, first of all, to Salon for republishing the TNR chapter from Sound and Fury, first published in 1992, updated in 1999, under the title: “The truth about the New Republic: Kinsley, Krauthammer, Oliver North and a liberal magazine’s demented war on liberalism.”

2. The American Prospect re-upped my history of the Marty Peretz era of TNR from 2007 under the title: “The New Republic Was In Trouble Long Before Chris Hughes Bought It.”

3. Under the title “You’ve Got to Hate and Fear,” I excerpted the story of The New Republic and Charles Murray's The Bell Curve, from my 2003 book, What Liberal Media?

4. In The Nation, in 1997, I wrote about the role of TNR under Michael Kelly’s editorship in a piece called “TNR: The Long Goodbye.”

5. And here are a few additional columns I wrote about the magazine:
'The New Republic': Bad for the Jews (The Nation, 2009);
The Problem With Peretz (The Nation, 2010);
How Peretz Undermined Liberalism (The American Prospect, 2011).

There were more, but these were the ones specifically devoted to the magazine. For those who are interested, I recommend taking a look at my history of postwar American liberalism, The Cause: The Fight for American Liberalism from Franklin Roosevelt to Barack Obama.

Alter-reviews:
Eric Reed and company play Basie at the Appel Room at Jazz at Lincoln Center
Hot Tuna at the Beacon Theatre

The master pianist Eric Reed put together a terrific program last weekend honoring Count Basie that he called “Swinging the Blues” at the Appel Room. It featured vocalists Brianna Thomas and Kenny Washington, bassist Gerald Cannon, drummer McClenty Hunter, together with tenor saxophonists Eric Alexander and Tivon Pennicott. The selection gave everyone a chance to shine, particularly on the duets between Thomas and Washington. A number of the tunes were Basie only due to transitive properties, seriously “Perdido”? But the arrangements all offered new insights on old chestnuts, as the saying doesn’t go—even “Yesterday” from the disastrous Basie album of Beatles song managed to swing somehow, and Reed showed himself to be a charming and erudite host for as illuminating and entertaining a ninety minutes as one could hope to enjoy. Here is the Jazz at Lincoln Center schedule for the coming months.

Hot Tuna did its annual Beacon show Saturday night, and this has become a ritual to some of us. This year was special because it celebrated Jack Casady’s seventieth birthday and featured Marty Balin, a Jefferson Airplane founding member, along with the great Barry Mitterhoff, RNC band leader G.E. Smith, and Larry Campbell, his wife, the vocalist Teresa Williams, rounded out by drummer Justin Guip.

OK, to be honest, Marty Balin was a little embarrassing. He sounded pretty good, vamped it up on vocals as if he were Tom Jones and Tuna and company were just member of his backup band. He sang “3/5 of a Mile in 10 Seconds,” a really silly choice of Airplane material, I thought, and then “Plastic Fantastic Lover.” Balin and his band opened the second set with songs with lyrics that the later Paul McCartney would be embarrassed to sing. But that passed quickly enough.

Meanwhile, back with Hot Tuna, Teresa Williams really shined on “White Rabbit” and “Somebody to Love,” both of which were spot-on. So, too were her vocals and the band’s musicianship on the long, slow “Sugaree” they played right afterwards. Right from the start with “Hesitation Blues,” the band, overall, was in great shape, as they almost never have both G.E Smith or Larry Campbell, helping out Jack, Jorma and (the unfairly underappreciated) Barry Mitterhoff, and you could tell that they all really appreciated the opportunity both to sit back and occasionally cut loose, led, of course by Jorma’s tasteful and decidedly unpyrotechnical lead work. You can read all about them here.

Editor's note: To contact Eric Alterman, use this form