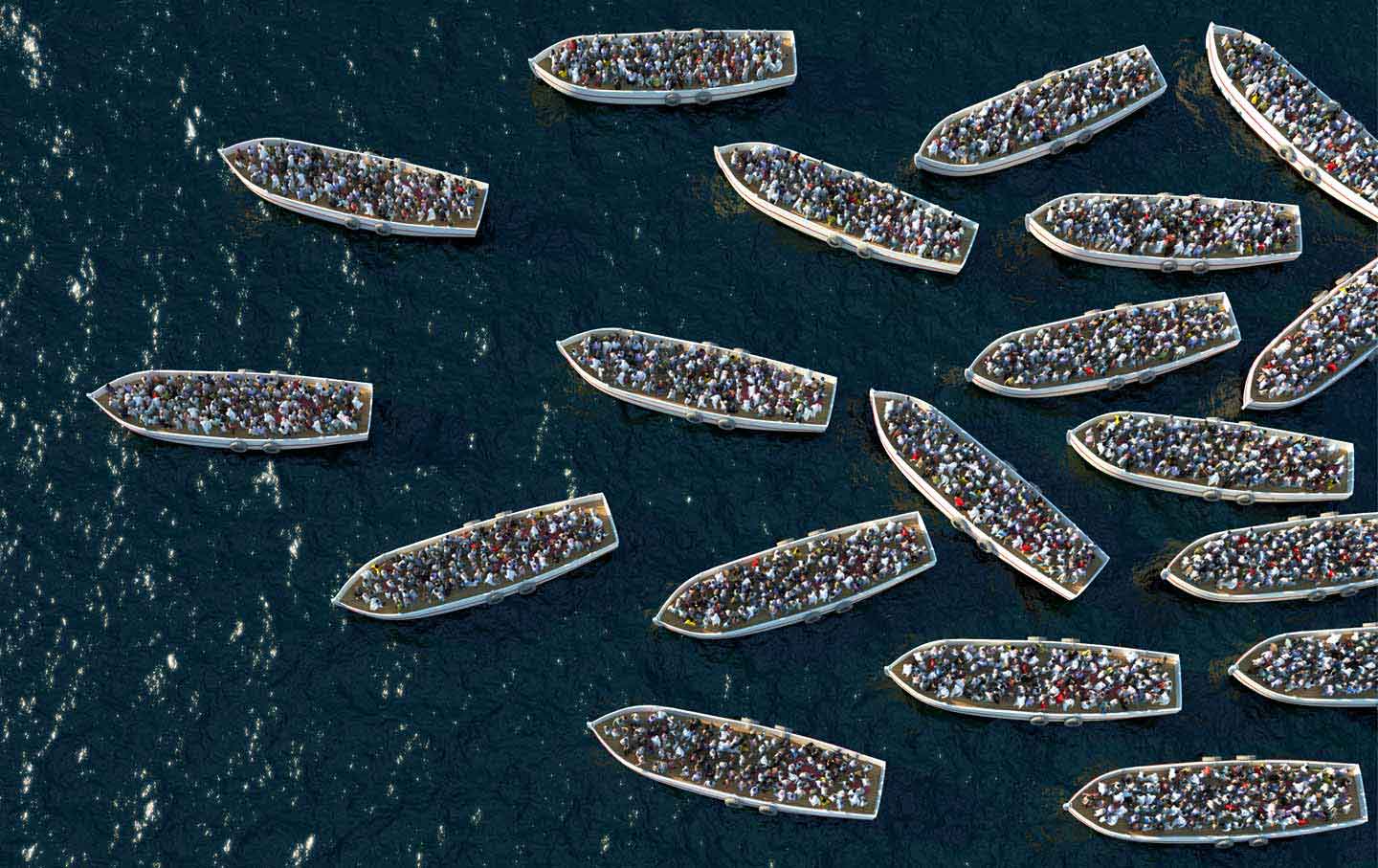 Today we face a global humanitarian crisis of epic proportions. Almost 66 million people are refugees, asylum seekers, internally displaced, or stateless. Conflicts rage from Yemen to Syria to South Sudan. Over the past 15 years, 3.3 billion people—almost half of the world’s population—have been exposed to political violence. And still darker clouds loom on the horizon. By 2050, a total of 1 billion people could be displaced by climate change, while 40 percent of the world’s population could suffer from water shortages. Inequality, population growth, and corruption add to the complexity, with the poorest of the poor increasingly left behind.1

The United States has a long bipartisan history of global humanitarian leadership, stewarded by once-shared values. Yet this tradition is under threat. Even during the vaunted days of the Obama administration, the US government denied families their right to asylum and supplied weapons that helped to fuel conflicts overseas. Now the Trump administration is dragging the country even further from our humanitarian values—separating parents from their children at our southern border, boycotting meetings on the global refugee crisis, and requesting multibillion-dollar cuts to foreign aid.2

The United States cannot turn its back on its global humanitarian commitments, and the American people must push back against efforts to do so. This is a moral imperative, but it is also a practical one: Our humanitarian leadership serves vital US interests, not only protecting our own people from the dangers of pandemics or the disruptions of mass refugee movements, but also advancing the United States’ moral authority in the world.3

Rather than continue along our current path of retreat, we need to embrace a new humanitarian grand strategy—one that reasserts our global moral leadership and refocuses multiple foreign-policy tools on anticipating the humanitarian crises in decades to come. This new strategy should focus on three ideas.4

First, we need a proactive policy for peace. Ten years ago, 80 percent of international humanitarian assistance went to the survivors of natural disasters—floods, droughts, and hurricanes. Today, violent conflict is the primary driver of humanitarian need, with more than 90 percent of all global assistance going to crises fueled by this cause. Conflict is also draining the global economy (in 2014, the economic impact of violence on the global economy was estimated at $14.3 trillion), while stoking our nation’s immigration pressures.5

Despite these trends, the United States has invested little in peace building and conflict prevention relative to its other overseas spending. As one example, Congress had to fight to preserve $39 billion for the State Department and the Agency for International Development in next year’s budget, while it is poised to authorize $716 billion for the military.6

It is time to reverse these priorities and create an overarching strategy of violence reduction and conflict prevention. Such a strategy would begin with rebuilding our diplomatic corps and dedicating the full force of our global influence toward conflict resolution, de-escalation, and prevention. Today’s most destructive humanitarian crises are political—think Yemen, Syria, South Sudan, the Democratic Republic of Congo—and can only be resolved through politics and diplomacy. A seasoned staff of devoted diplomats working to negotiate cessations of conflict under a mandate to restore global stability is the only known solution for ending today’s major wars.7

In parallel, the United States should launch a new foreign-assistance initiative dedicated to reducing global levels of violence and preventing violent conflict through nonmilitary means. Fortunately, a bipartisan framework for such an initiative is already in motion: HR 5273, the Global Fragility and Violence Reduction Act of 2018. Following in the footsteps of President Bush’s HIV/AIDS Act and President Obama’s food-security initiative, the legislation could change the way the country approaches and funds efforts to tackle violence and conflict in fragile states.8

Second, we must radically expand support for mitigation and adaptation strategies in the countries most threatened by climate change. The United States has a vital role to play in building the capacity of these high-risk countries to plan for and react to climate-related crises. Even in the wake of President Trump’s reckless decision to pull us out of the Paris Agreement, Americans can still play a leadership role in addressing global climate change. The first and most urgently needed step is to enhance the collaborations among American industry, the global humanitarian-response system, and the world’s most disaster-prone countries so that these nations have access to the best available information on which to base complex planning decisions. As an example, Mercy Corps, the organization for which I work, is partnering with NASA, the government of Niger, and Nigerien civil society in order to develop new models of climate-informed water governance using NASA’s satellite-based Earth-observation capabilities. This type of work warrants replication, at scale, worldwide.9

Snapshots of Our Bloated Military Budget

Finally, we must build a 21st-century humanitarian-response system centered on dignity, local leadership, and innovation. Humanitarianism begins at home. We must therefore work to reverse the Trump administration’s vile decision to take children away from their asylum-seeking parents and end asylum protections for victims of gender-based and gang violence. An attack on the right to asylum is an attack on some of the most vulnerable people. We must fight to preserve the dignity in US asylum policies.10

Overseas, we need to dedicate far more resources to the humanitarian-response system, while spending the money we allocate in more effective ways. A 21st-century response system means recognizing that people on the front lines of crisis are often the best responders. More aid needs to be channeled through local nonprofits and companies. Without involving and empowering communities at the ground level, we often end up with a more expensive international response that doesn’t address the dynamics of grievance, governance, and inequitable growth that drive fragility in the first place.11

A 21st-century response system also needs to embrace new technologies that put more power into people’s hands, such as using direct cash transfers to boost the purchasing power of people in crisis or using big data to enable access to besieged communities, like those in Syria’s civil war.12

These three pillars can create the framework for a new American humanitarian grand strategy. Of course, these ideas will not solve every major problem—but if pursued, they offer the best chance for reviving our global moral leadership and ensuring that we uphold our reputation for protecting those in distress.13