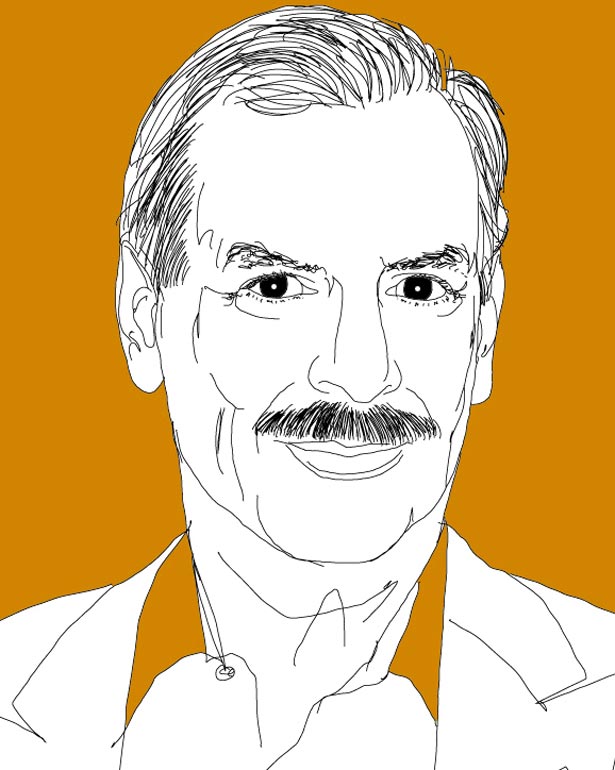 Robert L. Borosage, a Nation contributing editor, is president of the Institute for America’s Future.

We live in a populist moment. The Great Recession shattered the myths and lies of the conservative era. Barack Obama’s historic election briefly lifted hopes, but they were dashed in a recovery that still fails most Americans. A young generation, bequeathed unprecedented debt, lousy or no jobs, and a calamitous climate, has every reason to challenge business as usual.

As Senator Elizabeth Warren puts it, “The game is rigged and the American people know that. They get it down to their toes.” Poll after poll shows that broad majorities hold populist opinions—on investment, taxes and trade; on curbing Wall Street; on cleaning out Washington—that are far removed from those of the elites. Democratic pollsters now advise their clients to talk about working families, not the middle class, because more and more Americans don’t feel part of the latter.

New leaders like Warren and New York City Mayor Bill de Blasio won office by running aggressively populist campaigns. Voters from California to New Jersey have supported measures to expand school funding by raising taxes on the rich. Seattle passed a $15-an-hour minimum wage, and states across the country are pushing to hike wages, crack down on wage theft and pass paid family leave. A populist temper finds expression on both the left and the right (exemplified in the latter case by the defeat of House majority leader Eric Cantor).

Despite this, despair is widespread on the left. Inequality is at new extremes, too-big-to-fail banks are bigger than ever, labor unions weaker and under assault, big-money politics as corrupt as ever. The Tea Party and lavishly funded right-wing political operations have wrenched the Republican Party even further to the right, obstructing any reform. Right-wing governors are savaging public provisions and suppressing the vote. Republicans are expected to gain in the midterm elections. And Hillary Clinton, Wall Street’s favorite Democrat, seems content to run on past accomplishments rather than new directions.

How do progressives grasp this moment to build power? Legions of articles detail the failures and weaknesses of the left, but few offer a way forward. So The Nation invited leading activists from across the progressive movement to talk about how we can build power to effect real change, not simply fend off reactionary assaults.

Progressive movements, of course, have transformed America before and continue to do so, especially on social issues and identity politics. The recent sweeping gains of the LGBT community are one impressive example. Now, however, the central question of our time is economic: how to make this economy work for the majority and not just the few.

Occupy Wall Street demonstrated the power of people in motion, exposing a system rigged against the 99 percent. It vanished after a few months, but it transformed our political debate. Perhaps that’s because, as the Rev. William Barber of the Moral Monday movement in North Carolina argues, successful populist movements begin with an indictment of what is and a moral vision of what could be. They challenge mainstream political parties and the limits of the political debate. To be sustained, though, they must be grounded in institutions—unions, churches, community groups. Given the grip of entrenched interests in our politics, little will change without growing, independent mass protest.

Historically, unions have been a driving force of citizen movements and liberal reforms. The relentless war on unions waged by corporations and the right has decimated their membership, resources and power. The lawlessness of the attack forces new strategies, new organizational forms and more disruptive responses. Rebuilding worker power has to be as central to any progressive project as destroying it has been to conservatives.

Disappointment with Obama has generated increasing skepticism about the Democratic Party and electoral politics. With big money corrupting both parties, that disaffection will surely grow. But ignoring elections makes little sense for a left seeking to change the country’s direction.

Many progressives look with envy at the right’s success in taking over the Republican Party. Conservative activists have built a deep and lavishly funded movement infrastructure—think tanks, leadership centers, single-issue organizations, PACs and fronts, an ideological media—independent of the GOP apparatus. They have propagated a vision, agenda and identity. With Eric Cantor as their most recent trophy, they are terrifying even the most conservative of established Republicans.

By contrast, party rather than movement dominates the progressive infrastructure. The largest institution on the right, for example, is the far-right Heritage Foundation; for Democrats, it is the center-left Center for American Progress. The former drives a movement agenda, the latter a partisan Democratic message. The Beltway wisdom is telling: the Republicans fear their base, while the Democrats scorn theirs.

But an independent progressive infrastructure is growing. It includes research centers like Demos, the Economic Policy Institute and the Center for Economic and Policy Research; coalition builders like the Campaign for America’s Future; online campaigners like MoveOn.org and the Progressive Change Campaign Committee; and many state and local efforts. These engage activists, identify and recruit candidates, challenge conservative Democrats and drive progressive issue campaigns. With Washington gridlocked, the greatest opportunity is at the urban and state levels.

The sad irony of American politics is that the right is far weaker than it appears and the left far stronger than it asserts. Bold ideas, strong leaders and a nascent organizational infrastructure are too often subsumed under more centrist, far-better-funded Democratic candidates and operations.

The formidable candidacy of Hillary Clinton illustrates the difficulties. If she doesn’t face a serious challenge in the primaries—which at this point seems unlikely—the strength of the progressive voice will be muted. In fact, the most attractive Democratic leaders—people like Elizabeth Warren, Sherrod Brown, Jeff Merkley, Tammy Baldwin, Keith Ellison, Raúl Grijalva, Donna Edwards and Bill de Blasio—support a vision and an agenda far bolder and more progressive than that of Hillary Clinton, Barack Obama or Joe Biden. And they are backed by the rising American electorate: Obama’s electoral majority of minorities, millennials and single women, as well as the vast majority of the party base outside Wall Street and Silicon Valley, including unions and civil rights, environmental, women’s rights and citizen-action groups.

This reality can and should be organized and amplified. A broad coalition should lay out a clear vision and reform agenda. Progressives in the House and Senate could force national debates, as Warren has done on student loans. Social media and activism could be complemented by the old populist tactic of dispatching lecturers to traverse the country, speaking at union halls, house parties, schools and church basements. That would help crystallize serious pressure on Clinton—or any other candidate. And it would set up progressives both to oppose the right and to press an independent agenda when a Democrat is in the White House. That agenda would still face tough sledding, since it will inevitably be opposed by corporate and Wall Street Democrats as well as the right. But it would help mobilize ever greater popular protests and demands.

False hope is as cheap a coin as wooden-nickel pessimism. Our New Gilded Age elite will fight to preserve their privileges, including a corrupted politics that serves the demands of organized money. Our constitutional system is designed to clog rather than facilitate change. But as Bill Moyers writes, “Democracy is not a lie…. What’s right and good doesn’t come naturally. You have to stand up and fight for it—as if the cause depends on you, because it does.” The enduring challenge of America is whether the people can mobilize to overcome entrenched interests and make this a more perfect union. As this forum shows, some of the best organizers are confident that we can.