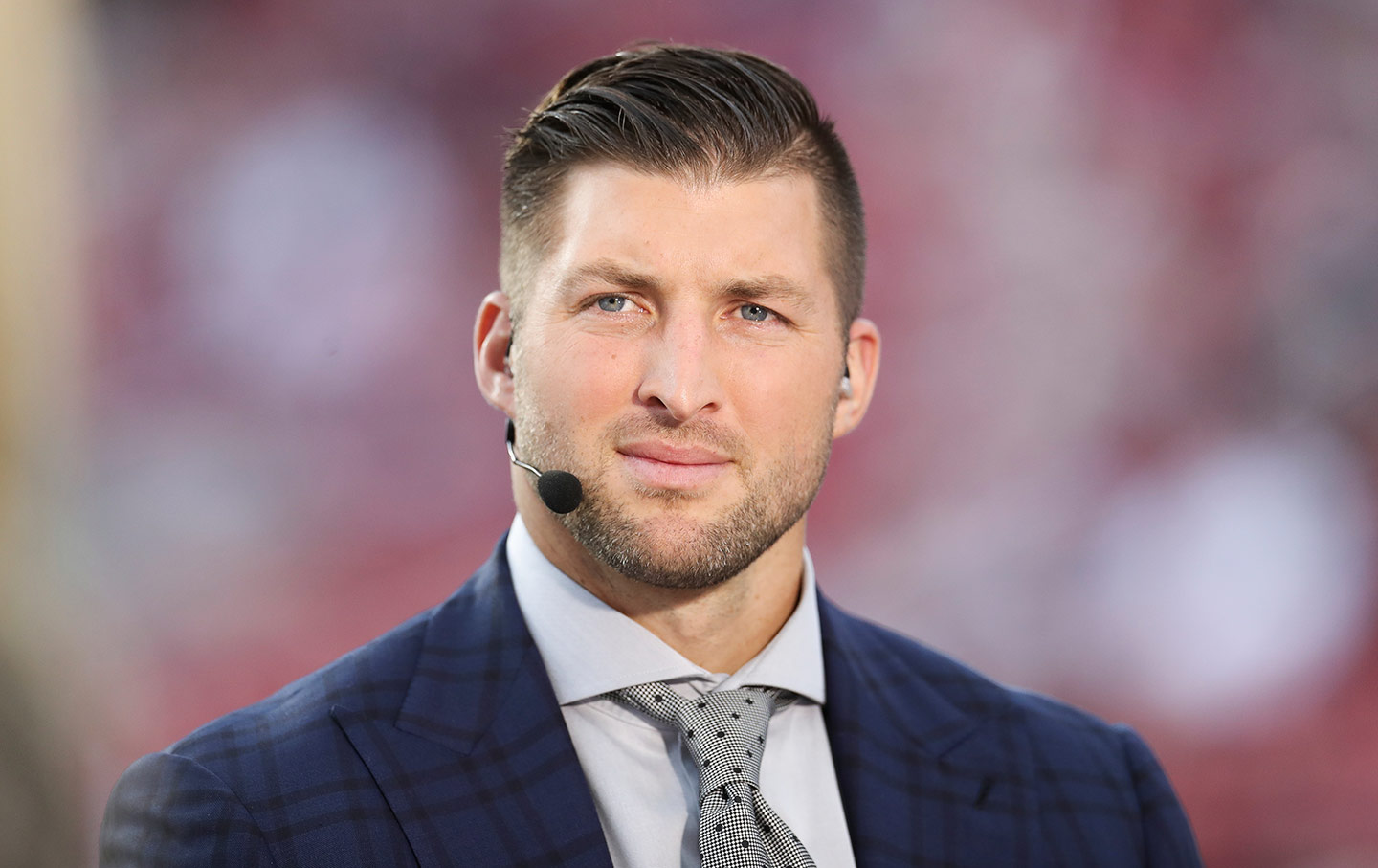 In 1968, Dr. John Carlos said that to be black in the United States is like trying to climb up a ladder while someone above you is constantly stepping on your hands. Tim Tebow is exactly the kind of person who does the stepping.

The “Fair Pay to Play Act” was passed unanimously by the California State Senate this past week. It allows college athletes to be paid for the use of their name, likeness, and image without being punished. Tebow isn’t having it. Even though college sports is a multibillion-dollar industry where coaches make millions, the players have no rights and make no income. This business model has more than “a whiff of a plantation.” But according to Tebow, to question this model is to fall prey to our “selfish culture.”

Speaking on ESPN’s yap-fest, First Take, Tebow said, “I feel like I have a little credibility and knowledge about this because when I was at the University of Florida, I think my jersey was one of the top-selling jerseys around the world. It was like Kobe, LeBron and then I was right behind them. I didn’t make a dollar from it, and nor did I want to because I knew going into college [was] what it was all about.”

After boasting about receiving no money for his mammoth jersey sales, Tebow went on: “I knew going to Florida, my dream school, where I wanted to go, the passion for it and if I could support my team, support my college, support my university, that’s what it’s all about. But now, we’re changing it from ‘Us,’ from ‘We, from ‘My University,’ from being an alumni where I care, which makes college football and college sports special, to then ‘OK, it’s not about us. It’s not about we, it’s just about me.’

“And, yes, I know we live in a selfish culture where it’s all about us, but we’re just adding and piling it onto that. Where it changes, what’s special about college football. We turn it into the NFL, where who has the most money, that’s where you go. That’s why people are more passionate about college sports than they are about the NFL. That’s why the stadiums are bigger in college than they are in the NFL, because it’s about your team, it’s about your university, it’s about where my family wanted to go, it’s about where my grandfather had a dream of seeing Florida win an SEC championship, and you’re taking that away. And, you’re taking that away so that young kids can earn a dollar, and that’s just not where I feel college football needs to go.”

There is so much methane in the above rant that one could immediately fear for the ozone layer. Nowhere does Tebow mention that unlike most college football players, he grew up in relative wealth, never having to worry about his next meal. Nor does he acknowledge that by force of his cult of personality and rabid fan base, he has been able to fail upward into a series of lucrative jobs that the typical college athlete could not dream of: first-round draft pick as quarterback (even though he could not throw), professional baseball player (even though he cannot hit), and ESPN contributor.

And he certainly doesn’t mention how racist the NCAA system is—a system that pays overwhelmingly white coaches, administrators, and NCAA officials obscene salaries but relies on overwhelmingly black labor to sell out stadiums while receiving a shrunken education for their troubles.

I asked journalist Patrick Hruby, one of the sharpest observers of this kind of fake amateurism, for his thoughts on Tebow’s argument. He said, “Tim Tebow doesn’t need to worry. The beautiful thing about getting rid of the NCAA’s immoral and illegal amateurism restrictions is that athletes like him—who are happy to let schools collusively pilfer their market value—would still be free to negotiate lopsided deals. Meanwhile, other athletes would finally be free to negotiate for their fair share, just like everyone else in America.”

The Dark side of College Sports 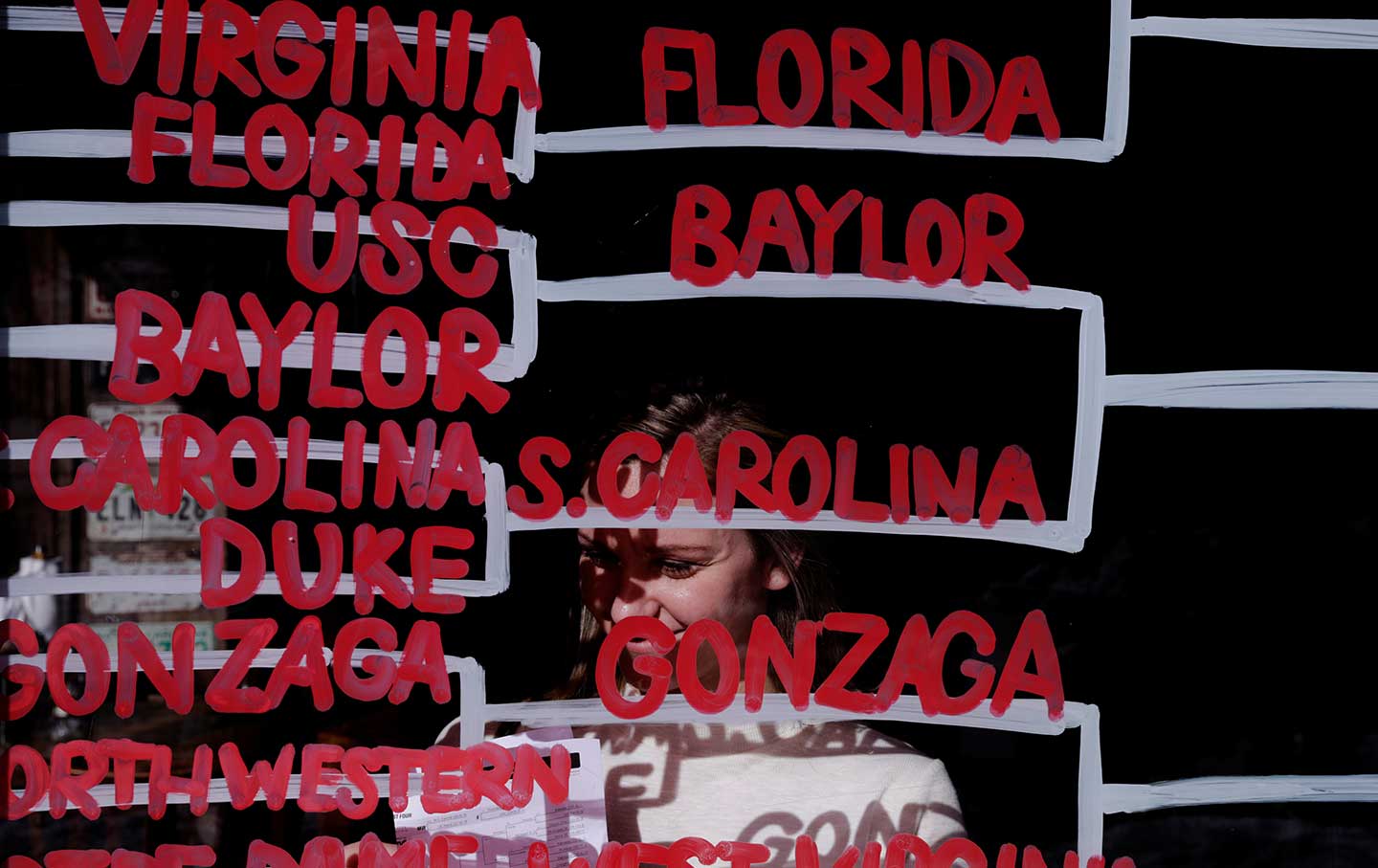 How the NCAA Gaslights America

That’s exactly right. If future Tim Tebows want their value to go into the pockets of their coaches, that’s fine. But players who want to actually earn something for their blood, sweat, and tears, would have the freedom to be able to do that as well.

One of the more remarkable results that emerged from Tebow‘s rant is that it produced an outpouring on social media from former scholarship athletes both famous and otherwise, as well as ESPN colleagues, blasting his blinkered worldview.

A tweet worth noting was from former 12-year NFL pro Thomas Jones. A former All-American from Virginia, Jones, whose mother was a coal miner, wrote, “Tim. MOST of us collegiate athletes didn’t have mommy & daddy sending us care packages & a weekly allowance like u. & almost ALL of us BLACK collegiate athletes were barely eating after the dining halls closed & struggling to pay rent & put gas in our cars. U know this. Sit down!”

I would add that the idea that people would turn off from college football if a player could appear on a cereal box is ludicrous. Think about the venal scandals that have emerged from college football over the decades: rape, drugs, cheating and using sex workers to sign 17-year-old recruits comes to mind. If this gutter economy hasn’t turned your typical college football fan away, an open, legal economy won’t do it either. People like Tim Tebow are not trying to preserve tradition. They are trying to preserve power. They should be challenged, because they are also preserving a perverse injustice.