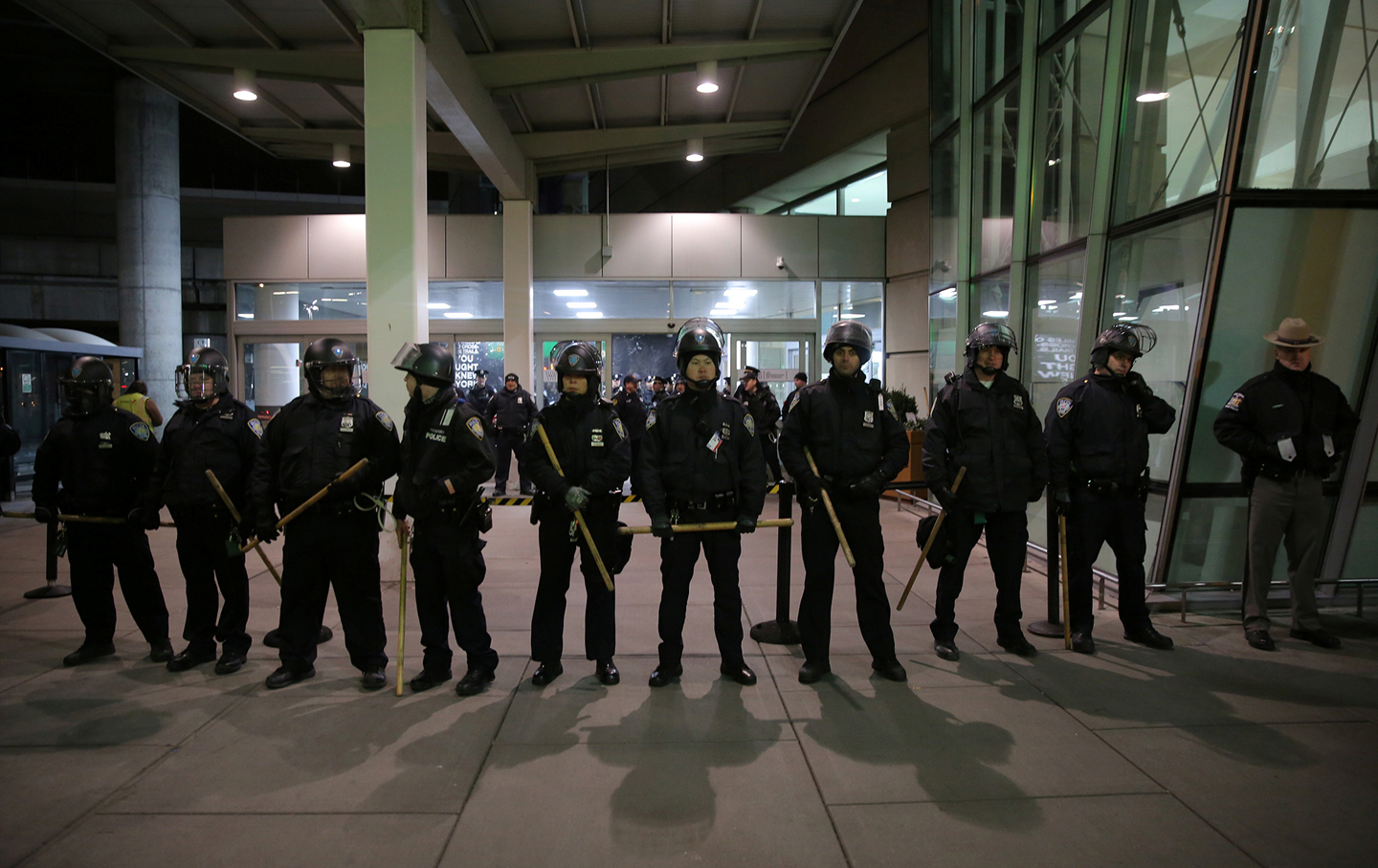 Just one week in to President Trump’s term, his administration has turned the nation’s immigration system upside down, issuing sweeping edicts that are rewriting the country’s immigration and refugee policies.

This time last week, immigration watchers were most concerned about the fate of young undocumented immigrants known as Dreamers. The president has so far declined to take action against this group of immigrants. But by mid-week, Trump moved on to crack down on the wider undocumented population—issuing executive orders calling for the construction of a border wall, increasing the number of Border Patrol agents, and denying federal funds to so-called sanctuary cities. He also drastically expanded the definition of what constitute a “criminal” in the eyes of immigration authorities, thus automatically widening the pool of undocumented immigrants who will be prioritized for deportation.

If Trump’s campaign slogans “build the wall,” and “mass deportation,” and “defund sanctuary cities” are still ringing in your ears, Wednesday’s executive actions were his first steps to making them a reality.

By Friday afternoon, Trump had turned his attention to not just undocumented immigration but the legal immigration system, as well as the nation’s long-standing refugee-admissions program. Trump moved to suspend entry for immigrants and non-immigrants from seven countries: Iran, Iraq, Libya, Somalia, Sudan, Syria, and Yemen, for 90 days. The order also bans refugees from Syria indefinitely, and suspends all other refugee admissions for 120 days, during which time the United States will initiate an “extreme vetting” program for potential refugee admittees. The United States will also stop issuing visas to people from those countries.

All of this action was necessary, Trump said Friday, as a way to “keep radical Islamic terrorists out of the United States of America.” “We don’t want them here,” he said. “We want to ensure that we are not admitting into our country the very threats our soldiers are fighting overseas.”

The immigration ban applies to all classes of those who hope to enter the country, including those on travel visas, student visas, and professional visas, as well as green-card holders and those with dual citizenship. For example, a person with dual UK and Iranian citizenship would be barred from entering the United States.

Friday’s executive actions are the beginnings of the broader Muslim ban Trump promised during the campaign, say immigration experts. “It’s a seven-country ban today, but it may be a 10-country ban or a 12- or a 25-country ban down the line,” said Omar Jadwat, director of the ACLU’s Immigrant Rights Project, referring to the open-ended language in the executive order which invites the secretary of state or the secretary of homeland security to, “at any time,” “submit to the President the names of any additional countries recommended for similar treatment.”

“This is the beginning of the Muslim ban,” said David Leopold, an immigration attorney and former president of the American Immigration Lawyers Association. While past presidents have used their authority to limit the admission of select groups of people, Trump’s executive action “is much more sweeping,” Leopold said.

The executive order went into effect immediately. Refugees already in the air, Iranian nationals in transit, legal permanent residents who are abroad for work or vacation or family, were barred from entering the country by Friday evening with no warning whatsoever.

While immigrant-rights groups including the National Immigration Law Center and the ACLU rushed to file lawsuits overnight challenging two men who were detained at JFK Airport in New York on Friday afternoon, by Saturday afternoon dozens more people, including refugees, have reportedly been detained at Washington, DC; Atlanta; Houston; and Detroit, said Abed Ayoub, legal and policy director of the American-Arab Anti-Discrimination Committee.

For refugees, the impacts of Friday’s executive order could very well be a matter of life and death. As it is, the United States has the most rigorous refugee-screening process in the world. The screenings include the collection of biometric data, medical screenings, extensive background checks, security screenings with multiple security agencies, including the FBI, the National Counterterrorism Center, and the Department of Homeland Security, all of which are time-sensitive and continue up until a refugee gets on the plane to come to the United States. Any delay in travel can mean the process must begin over again to keep these screenings up to date, said Melanie Nezer, vice president of policy and advocacy at HIAS, an immigrant- and refugee-aid group.

With the suspension of the Syrian-refugee program, those screenings will expire, and need to be redone. “It can be an unending loop if there are delays in travel,” Nezer said. “If everyone is barred for 120 days, it could be in effect a permanent ban.” “Many of these people may never be able to come,” Nezer said Saturday.

As it is, the new maximum of 50,000 admitted refugees is minuscule compared to the more than 65 million displaced people around the world. The man whom Jeb Bush dubbed the “chaos candidate” during the Republican presidential primaries is now no longer a candidate. He’s the nation’s chaos president, sowing panic and confusion, and putting people’s very lives at risk with his executive actions. Just about every day in the short week that Trump has been in office, he has issued edicts which are upending the nation. The political fallout is only just beginning—on Saturday, Iran responded with a ban of its own, barring US citizens from entering its country—but already, the human consequences are severe, and promise to be deadly.