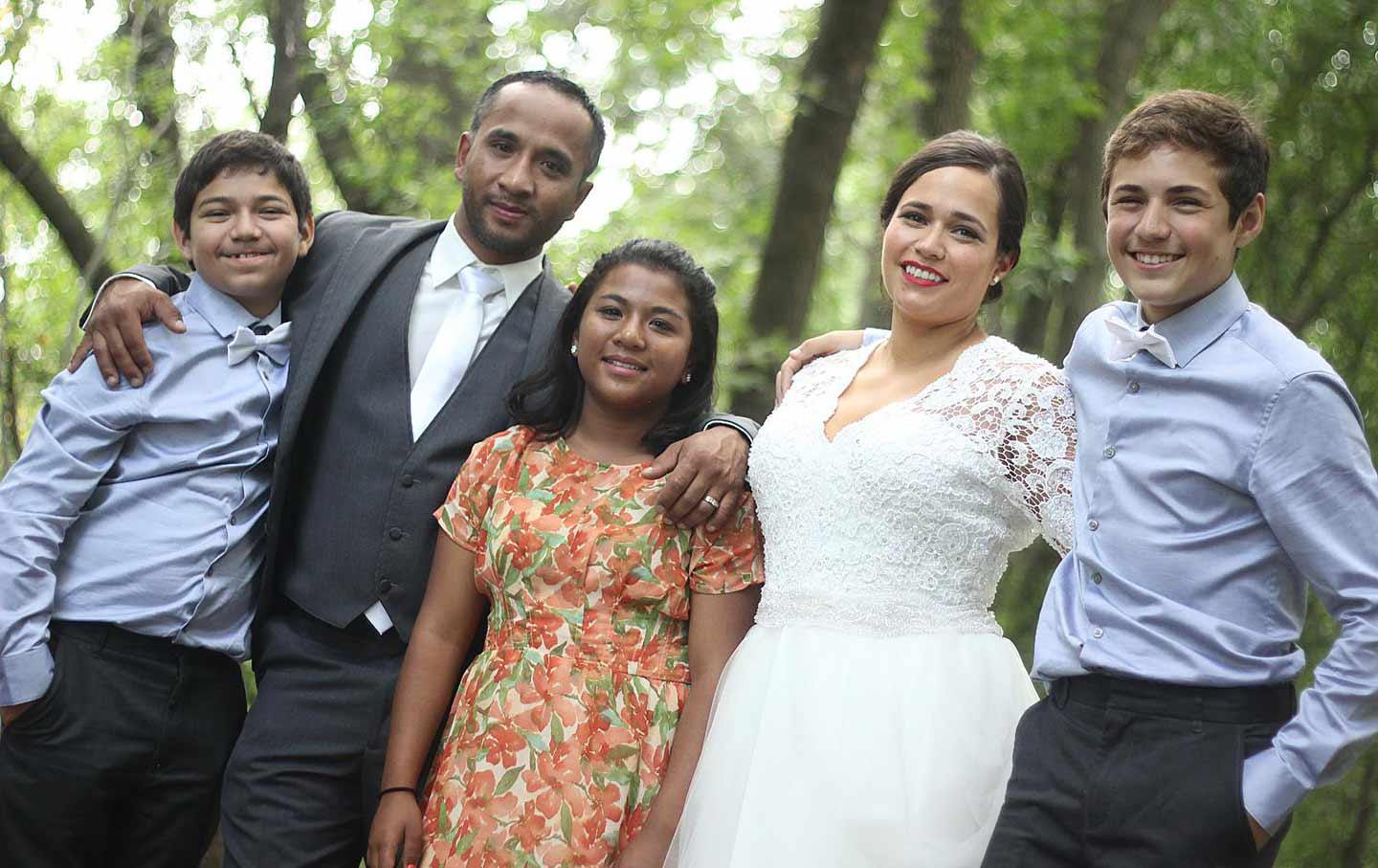 They came seeking sanctuary as children, refugees of Southeast Asia’s wars. Now they’re being displaced again as adults, wrested from their American families and communities as refugees of Washington’s war on immigrants.

Since the US government resettled them as a humanitarian gesture in the aftermath of the Vietnam War, eight Cambodian Americans—collectively known as the Minnesota 8 or MN8—have struggled to renew their lives in the Twin Cities’ growing refugee diaspora. Now the government threatens to turn them back to the land they fled in terror, intent on punishing past transgressions on American soil.

The MN8 are being considered for deportation because their offenses fall under an esoteric legal category known as “aggravated felonies,” a group of crimes ranging from assault to financial fraud that can trigger deportation orders even for legal resident immigrants. These legal provisions originated with the Clinton-era zero-tolerance policies of the mid-1990s, which limited judicial discretion and expanded prison sentences for even minor drug offenses, and intensified the policing of immigrant communities. In the post-9/11 climate of national-security panic under Bush and Obama, these criminalized migrants have been “prioritized” for removal by Immigration and Customs Enforcement.

Although the Obama administration has vowed to reprioritize deportations to target “felons, not families,” the flourishing families who have been raised by the MN8’s “felons” attest to the complex realities of immigrant communities struggling with, and overcoming, hardship, inequality and discrimination, along with historical trauma across the Southeast Asian diaspora. Activists are seeking a special reprieve from the White House before the takeover by Donald Trump, who threatens to crack down even more severely on immigrants and “border security.”

Southeast Asian–American community advocates acknowledge that the MN8, like many American youth of color during the 1990s, often struggled to build an identity in the face of economic and racial segregation, and some behaved recklessly and “did their time.” But as refugees, unlike others who survived a rough adolescence, their subsequent years as parents, workers, and activists might now be erased by a bad rap sheet.

According to the Southeast Asia Resource Action Center (SEARAC), “almost 16,000 [Southeast Asian-Americans] have received final orders of removal since 1998.” Nearly eight in ten orders “were based on old criminal records,” typically for convictions for which they have already served sentences—more than double the rate among other immigrant groups. The threat of “repatriation” now haunts their communities with another wave of intergenerational trauma.

The law provides limited legal avenues for relief through “prosecutorial discretion,” allowing Homeland Security to consider mitigating factors, including US-born or legal resident spouses or children, along with the distressed circumstances of their resettlement and “ties and contributions to community” developed over time. But despite policy guidelines aimed at focusing enforcement on safety rather than separating families, SEARAC argues, courts have systematically neglected due process. Not adequately weighing mitigating background factors, with little oversight, has led to “positive factors or ‘equities’…not being considered in a consistent manner.”

Jenny Srey’s husband, Ched Nin, is one of the MN8 group. Srey explains that despite her husband having lived a quiet life rooted in his community, arcane immigration codes now threaten to uproot Nin’s achievements in restoring his life in the years following his two-year imprisonment: “While he was released, he got married, we bought a house, we have a family—when he has all that stuff, they decide to pluck him out.”

“To me it’s considered a life sentence,” Srey said in a video testimony. “It’s taking him away from family, anybody he knows, and putting him in a country he doesn’t know.” Srey stressed that Nin, having grown up in refugee camps outside Cambodia, does not even speak his homeland’s language, but is basically a full-fledged Minnesotan now, right down to his accent. He had been working with the carpenters’ union, hoping to someday start his own business, when he was rounded up and detained in Los Angeles with the other MN8 refugees to be interviewed by the Cambodian consulate. The government stated in November it is following protocol with their final deportation orders, which “remain in effect until their travel documents can be secured.”

The MN8’s plight reflects unequal justice in both the criminal and immigration legal systems, and the fraught post-9/11 climate of the Twin Cities, which has grappled with police and community tensions surrounding local black, Muslim, and immigrant communities. A regional coalition of rights activists is now pushing for a stay of the MN8’s deportation orders, along with an overhaul of the entire legal process based on restorative justice, which would take into account their contributions to their communities.

For Mout Iv, after surviving Pol Pot’s genocidal regime at the age of 9, his family was resettled into a poor neighborhood of Philadelphia. In 1998, at 21, according to SEARAC, he got into a neighborhood brawl that resulted in a deportable conviction. After his release, he started a barbershop business and family, eventually becoming a “role model” as a community volunteer and youth advocate. But in 2010, his painstakingly restored life was destroyed when he was shunted into deportation proceedings and then a one-way flight to a homeland he no longer recognized: “He was given no notice, no time for a last visit with family or his children…. He arrived in Cambodia with only the clothing he was wearing the day he was detained,” according to SEARAC.

Vichet Chhuon, a Cambodian-American activist and University of Minnesota professor, tells The Nation that the MN8 aren’t simply war victims needing charity: “They’re here because of the Vietnam war,” as refugee survivors of “secret bombings in Laos and Cambodia that helped to cultivate the conditions for the Khmer Rouge and the genocide that took place there.” As legacies of historic injustice, Chhuon says, they “provide that window into why [the current law] is such a problem and really an opportunity to think about a better immigration policy.”

At the intersections of structural racism, mass incarceration, and militarism, the MN8 campaign has catalyzed a multiracial coalition of support ranging from elder Khmer veterans to Black Lives Matter activists, defying both the Asian-American “model minority myth” and the ongoing vestiges of war and imperialism. Today, as American communities deal with the humanitarian fallout and refugees of new conflicts, second-generation survivors of past wars show that global injustice is a historical constant—but so is global resistance.